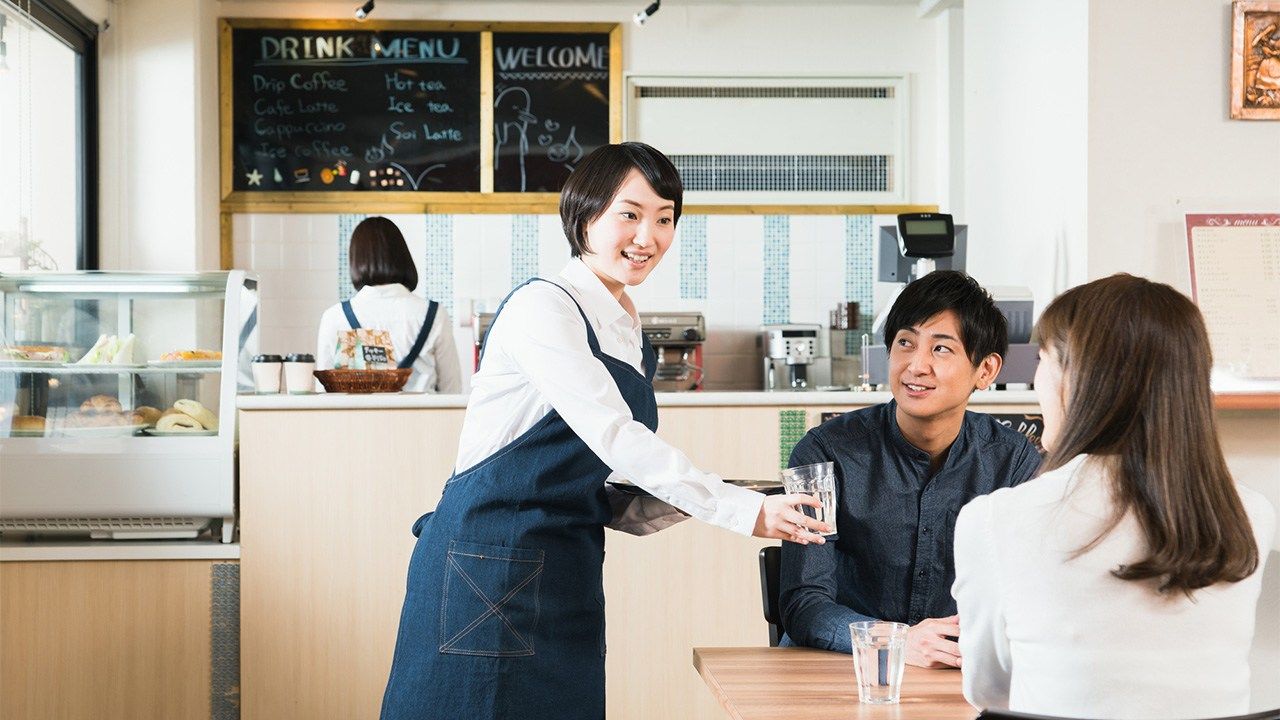 Part-Time Wages in Japan Rise on Back of Labor Shortage

A survey conducted by job-information provider Recruit Jobs found that, as of October 2019, the average hourly part-time wage offered to job seekers in Japan’s three major urban areas (centered on Tokyo, Nagoya, and Osaka) was ¥1,074, which is a record high. 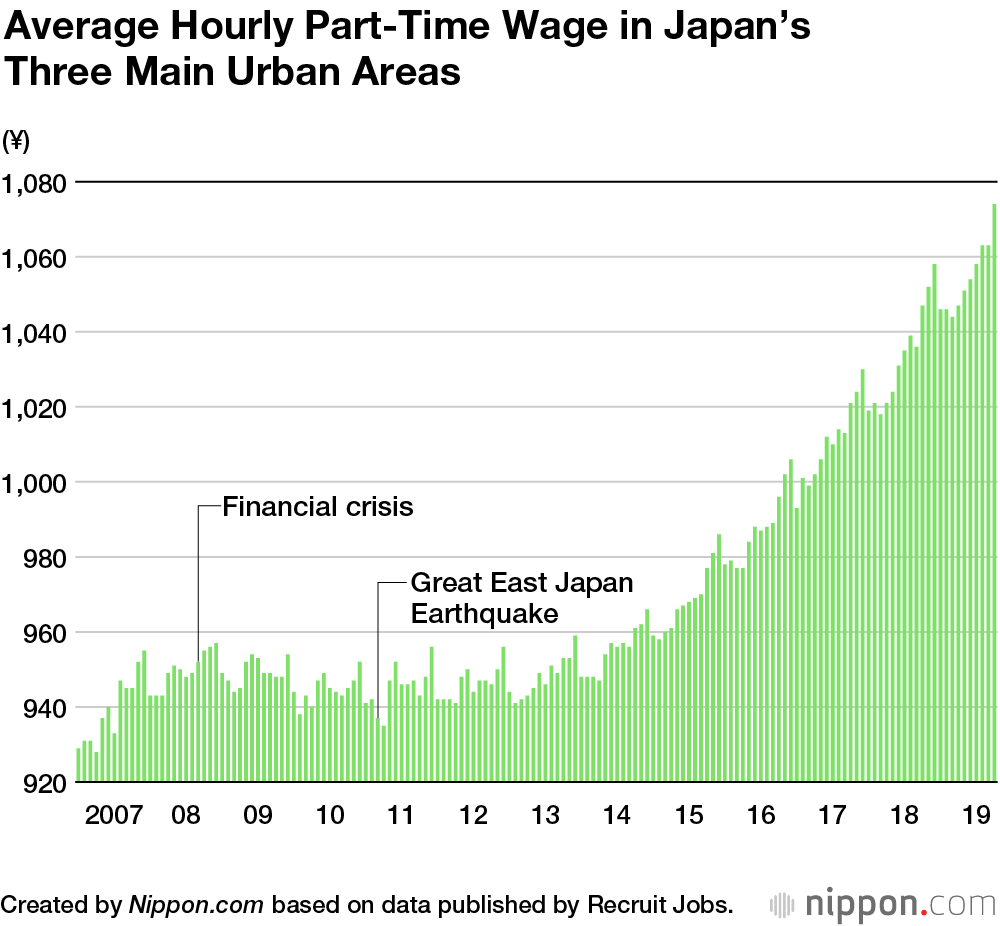 Looking at changes since January 2007 reveals that the low point of ¥928 was reached in April 2007. From the second half of that year, part-time wages hovered around the ¥940 to ¥960 range. Neither the worldwide financial crisis triggered in September 2008, nor the Great East Japan Earthquake that struck in March 2011, seemed to exert much impact.

Japan’s shrinking working-age population has been a factor in the upward trend in wages that began around 2014. Long working hours and unpaid labor in the delivery industry became a rampant problem around 2016, while convenience stores have faced a chronic labor shortage in recent years, all of which has led to the steady climb in part-time wages.

The Central Minimum Wages Council of the Ministry of Health, Labor, and Welfare decided to raise the national minimum wage to an average of ¥901 nationwide in July, a ¥27 increase over the previous year. The minimum wage is set to different levels in different prefectures and exceeded ¥1,000 for the first time in Tokyo and Kanagawa. This hike is another factor underlying the rise in part-time wages.