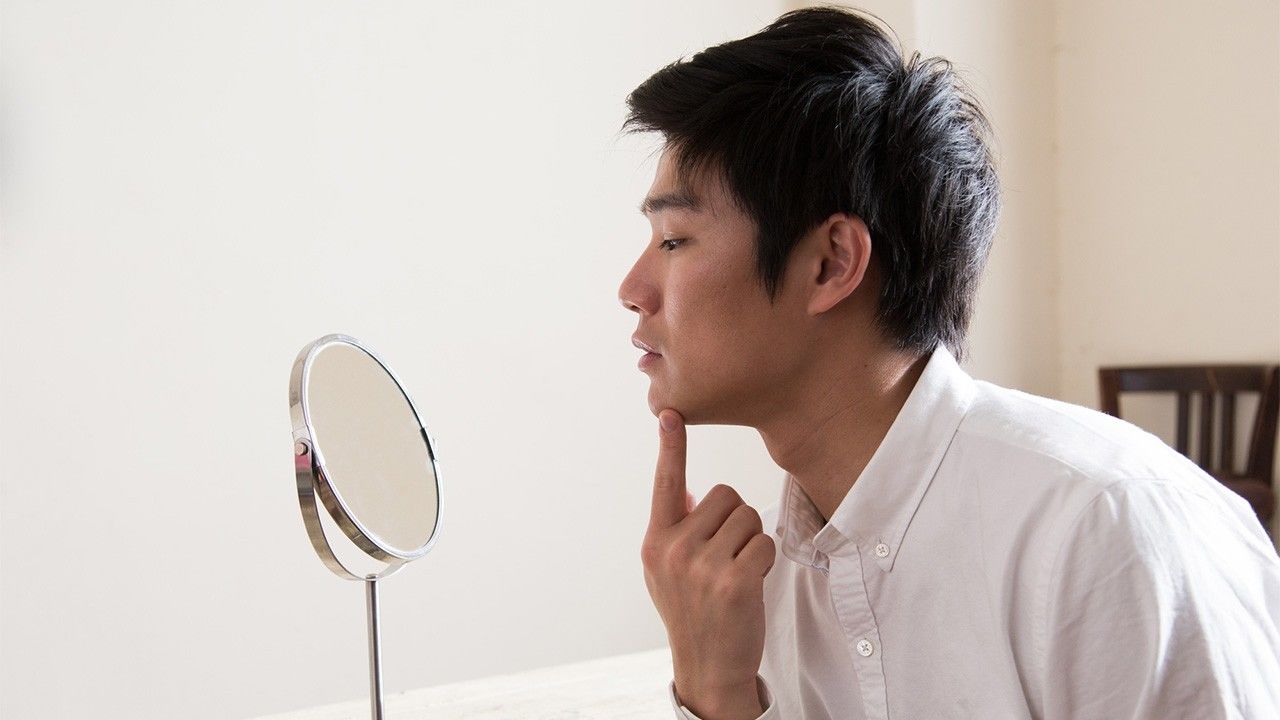 Not a Hair Out of Place: Nasal Grooming in Japan

Lifestyle Dec 3, 2019
Two out of three Japanese men trim their nasal hair at least once a week.

Has this ever happened to you? You go out, dressed sharp, only to spot stray hairs poking out of your nose in the bathroom mirror.

A survey conducted by blade manufacturer Kai Corporation in the Tokyo metropolitan area found that 20.8% of men and 54.1% of women noticed protruding nasal hairs of a partner on a date. Among them, 68.3% of men and 83.6% of women pointed this out to the other person upon noticing.

Visible nasal hair seems to bother both men and women, with around half saying they would like the other person to trim it. Women are particularly critical: 22.7% said that it makes a person less attractive, 20.2% that it ruins their own mood, and 25.2% that it looks unclean. 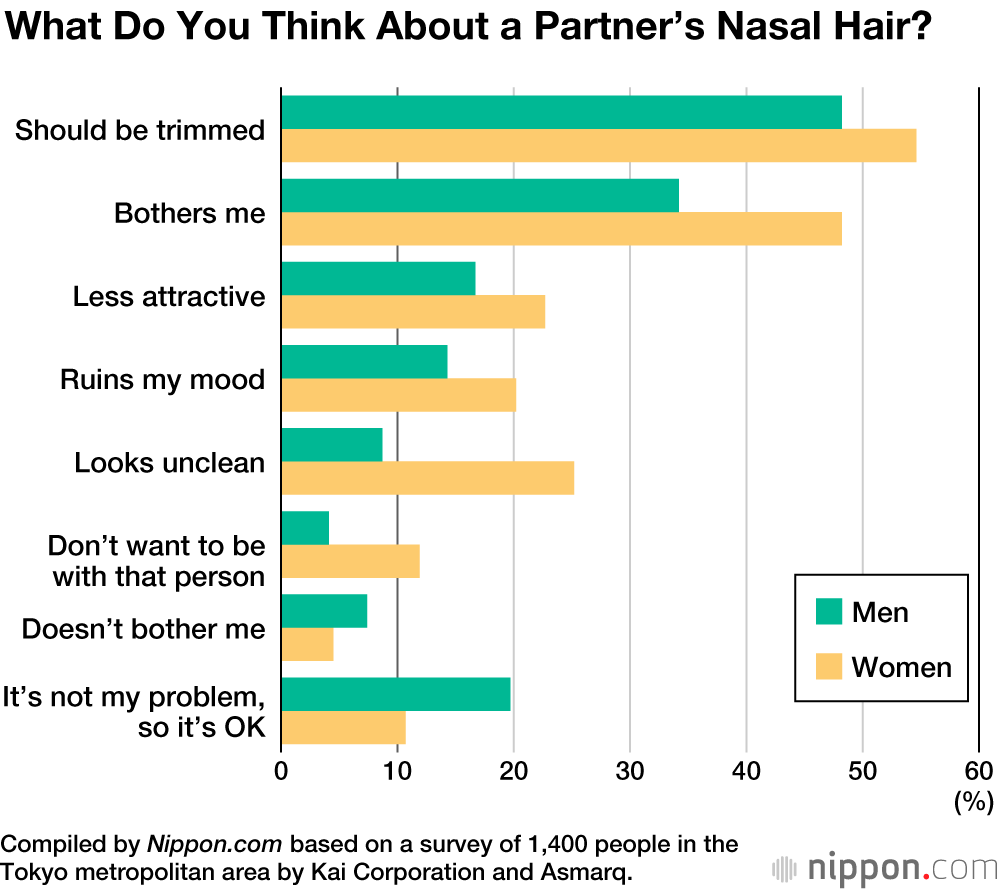 Survey questions about how often people trim their nose found that the largest category for both men and women consisted of those who do so once a week. But men apparently pay more attention to grooming their nasal hair, with 68.7% trimming around once a week or more often. 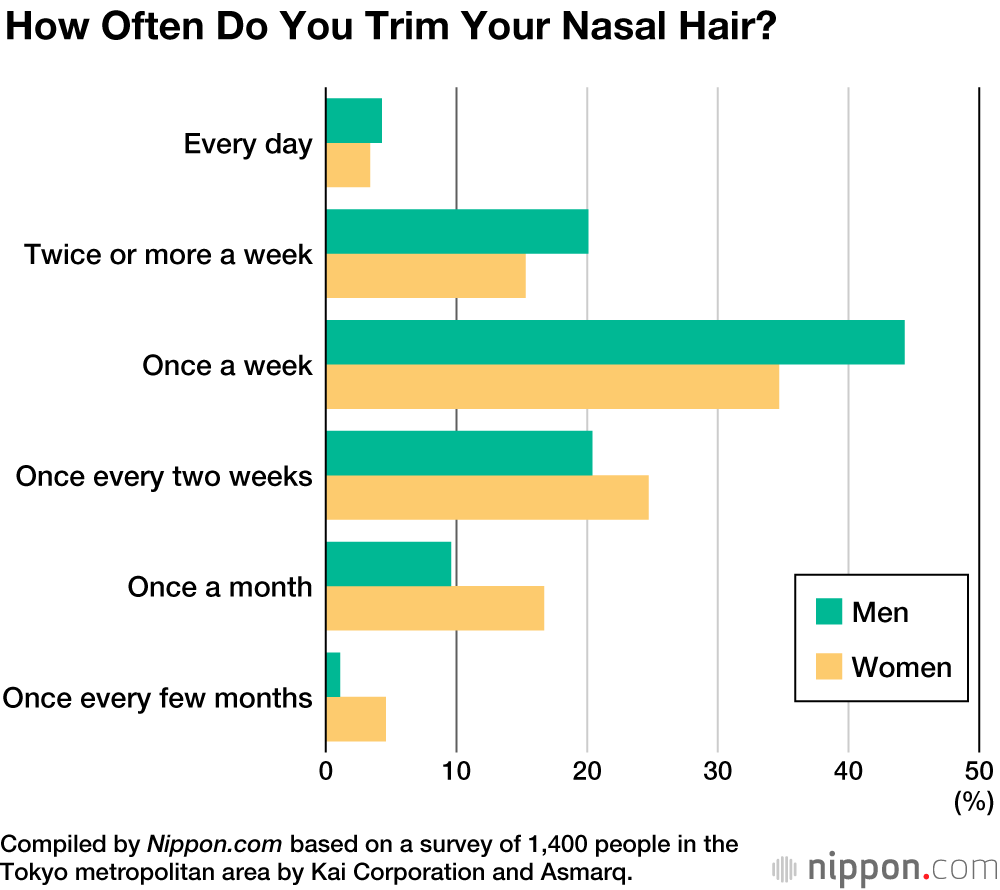