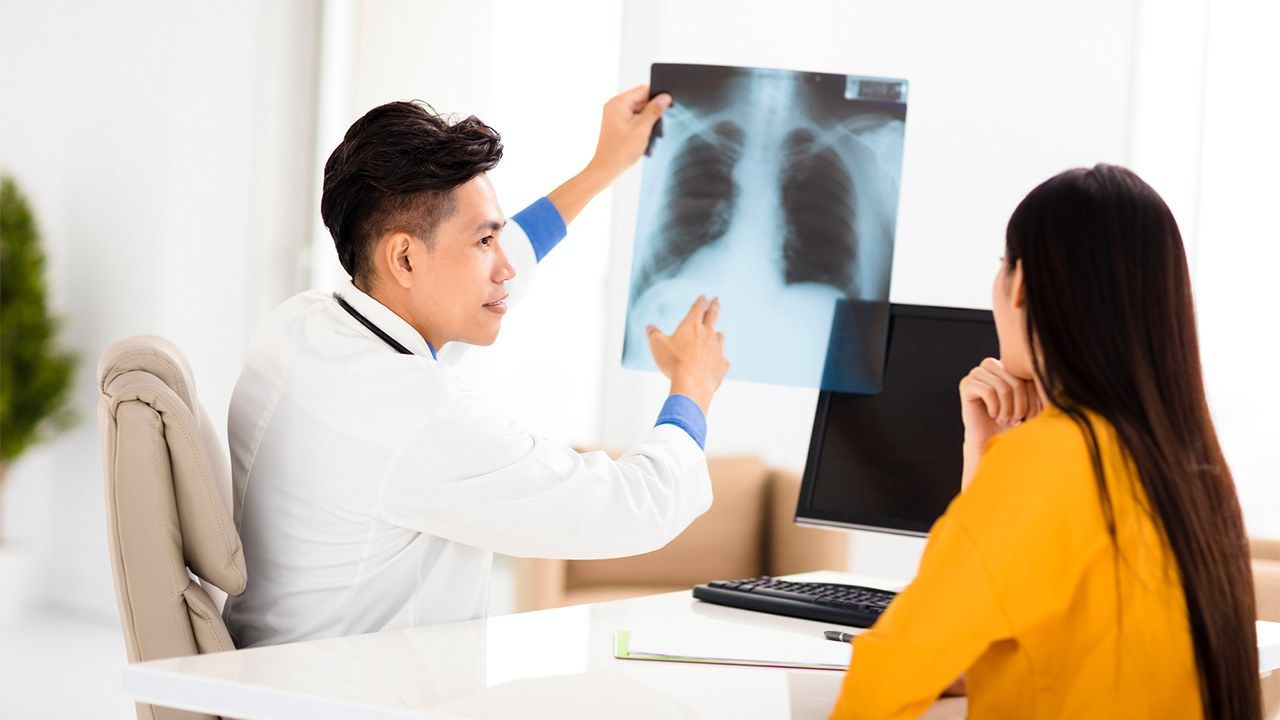 Science Health Dec 24, 2019
The National Cancer Center Japan has released the five-year survival rate for different types of cancer based on the analysis of data from around 650,000 patients.

Created by Nippon.com based on data from the National Cancer Center Japan.

By cancer type, the five-year survival rate was high, at over 90%, for breast cancer for women and prostate cancer. Pancreatic cancer, in contrast, which is hard to detect at an early stage, had the low survival rates of 18.0% over three years and 9.8% over five years. 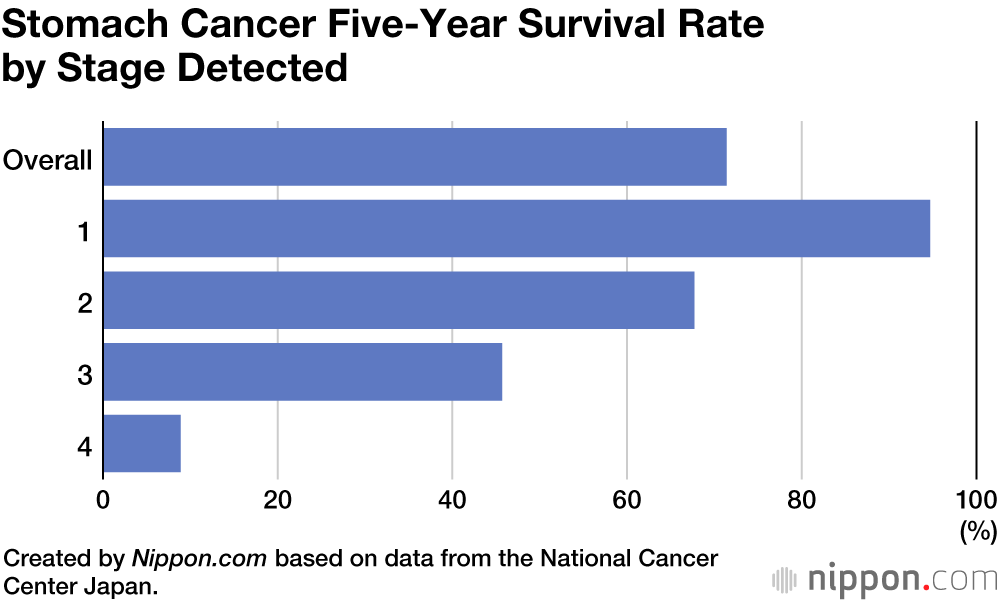 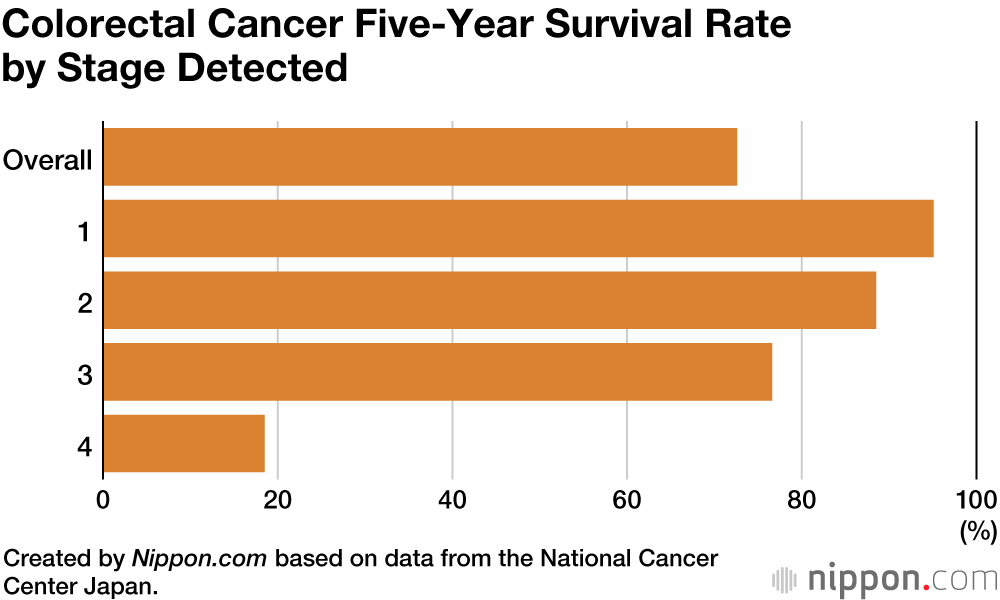 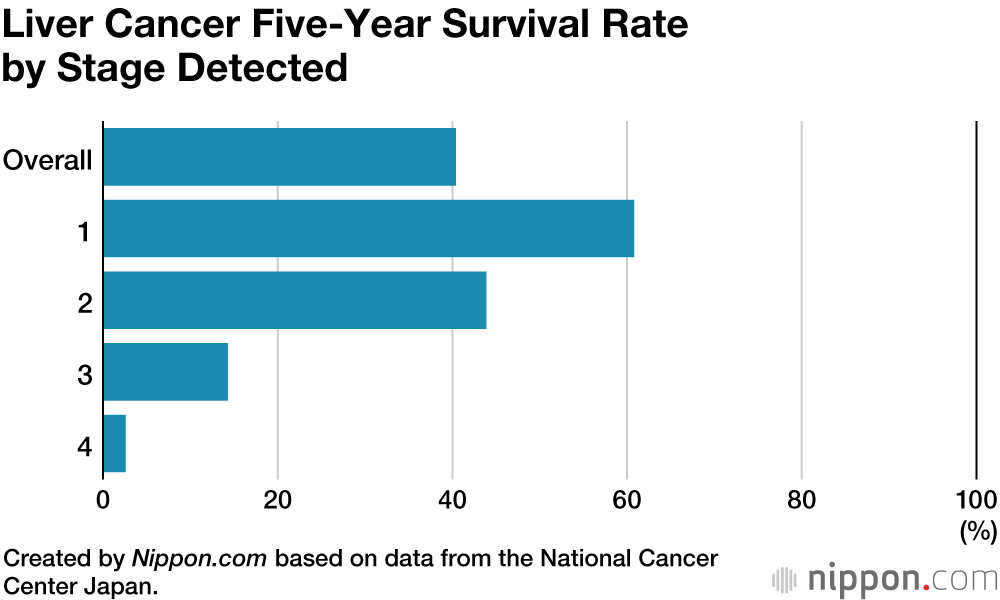 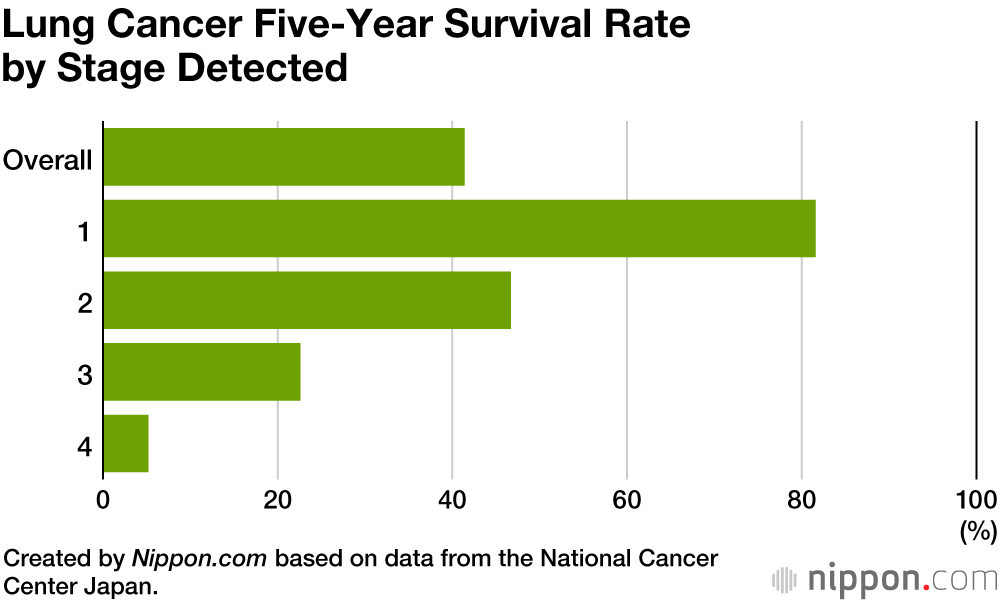 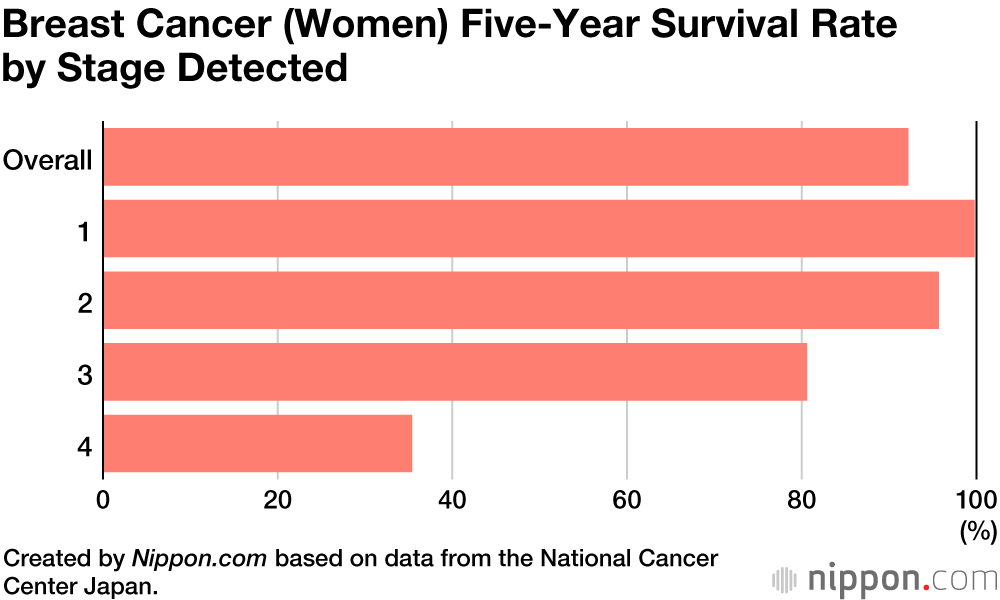 The center also analyzed the age of cancer patients in relation to survival rates and found a trend toward lower survival rates among the elderly, with younger patients having higher rates of survival than older patients at the same stage of cancer. One apparent factor underlying this result is that sometimes elderly patients are unable to undergo treatment due to other serious diseases they have contracted or general physical frailty. The center emphasized that the survival rates are just one point of reference, so it is important for patients to consult with doctors who can more clearly ascertain their physical condition.