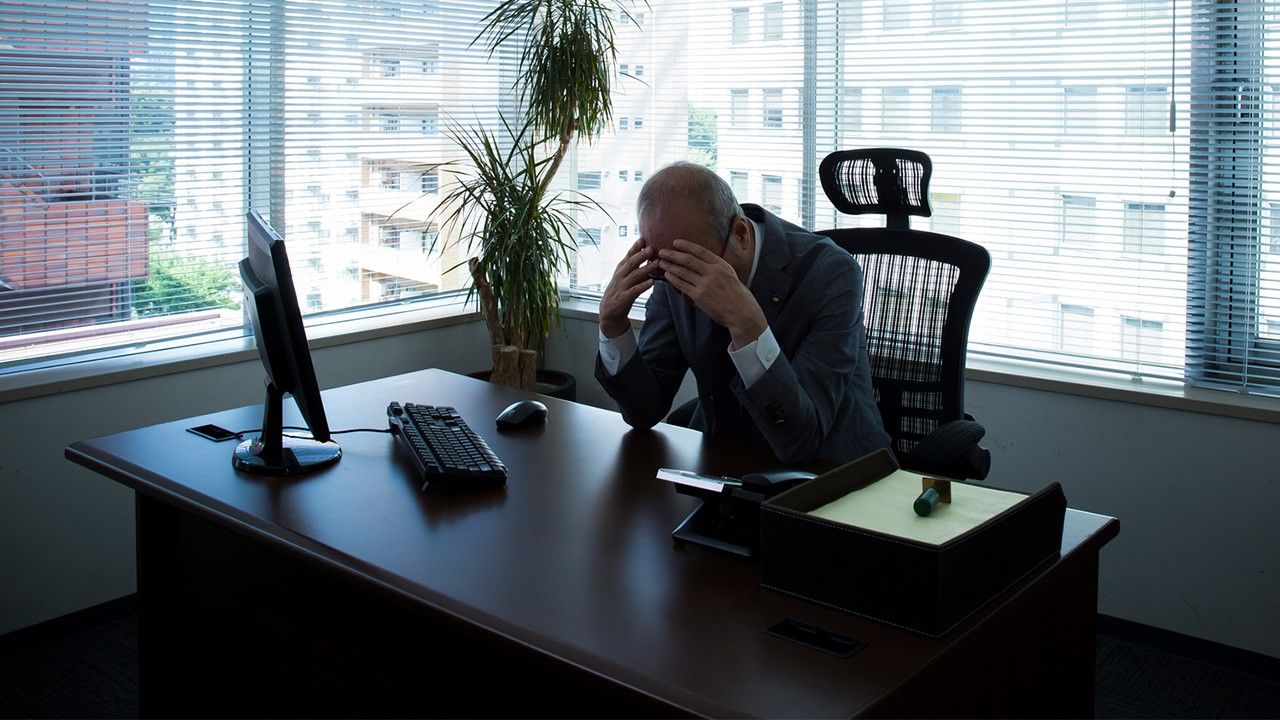 In 2019, the number of Japanese companies with net liabilities in excess of ¥10 million rose 1.7% to 8,383, the highest level since the 2008 financial crisis, according to a report by credit reporting agency Tokyo Shōkō Research. 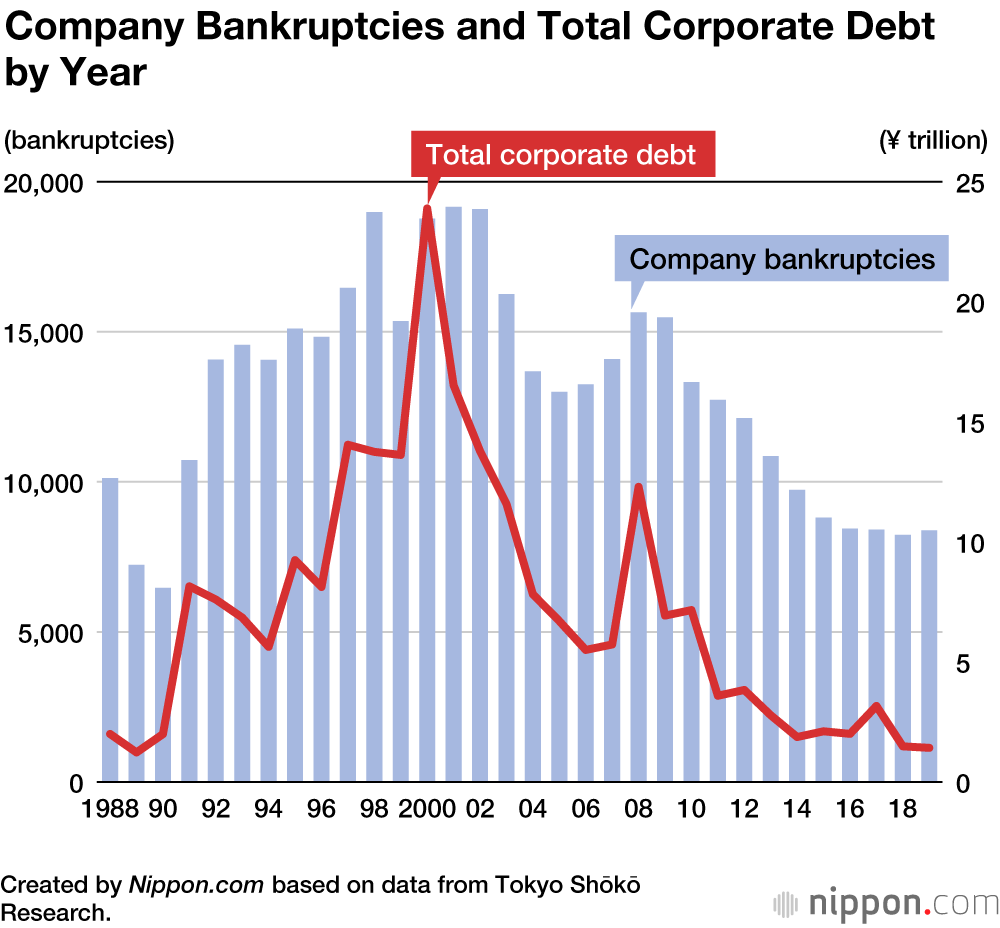 Three of the ten industries monitored experienced fewer bankruptcies in 2019 than in the year before. However, the service industry, which is said to have been impacted by the October increase in consumption tax, saw 2,569 bankruptcies, up 2.2%, and the retail industry saw 1,230 bankruptcies, which is an increase of 8.6%. Bankruptcies in the haulage industry, which is currently facing skyrocketing payroll costs as a result of the national truck driver shortage, were up 6.7% to 254, the highest level in seven years.

According to Teikoku Databank, in 2019, a total of 185 companies went bankrupt due to labor shortages. This represents a 20.9% year-on-year increase, and makes 2019 the fourth consecutive year in which this number has increased. Over half of the cases involved companies in the service industry (54) or the construction industry (49). Companies driven to bankruptcy by labor shortages recorded combined liabilities of ¥32.7 billion, an increase of 46.1% on the preceding year. 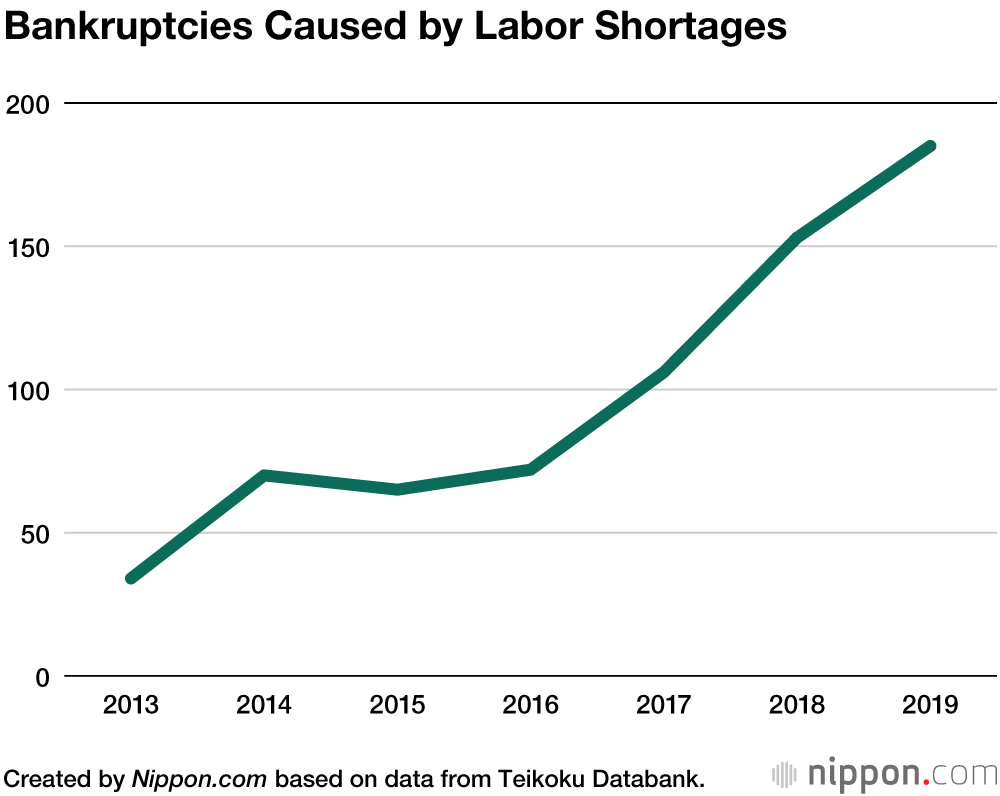 Cumulative figures for bankruptcies caused by labor shortages for the seven years since records began show that road freight transport has had most cases with 74 bankruptcies. The increasing difficulty in hiring truck drivers is thought to have made it more difficult for haulage companies to win orders, causing cash flow problems. Road freight transport was followed by the timber construction industry (43), the elderly care and welfare industry (37), and the software development contracting industry (29).