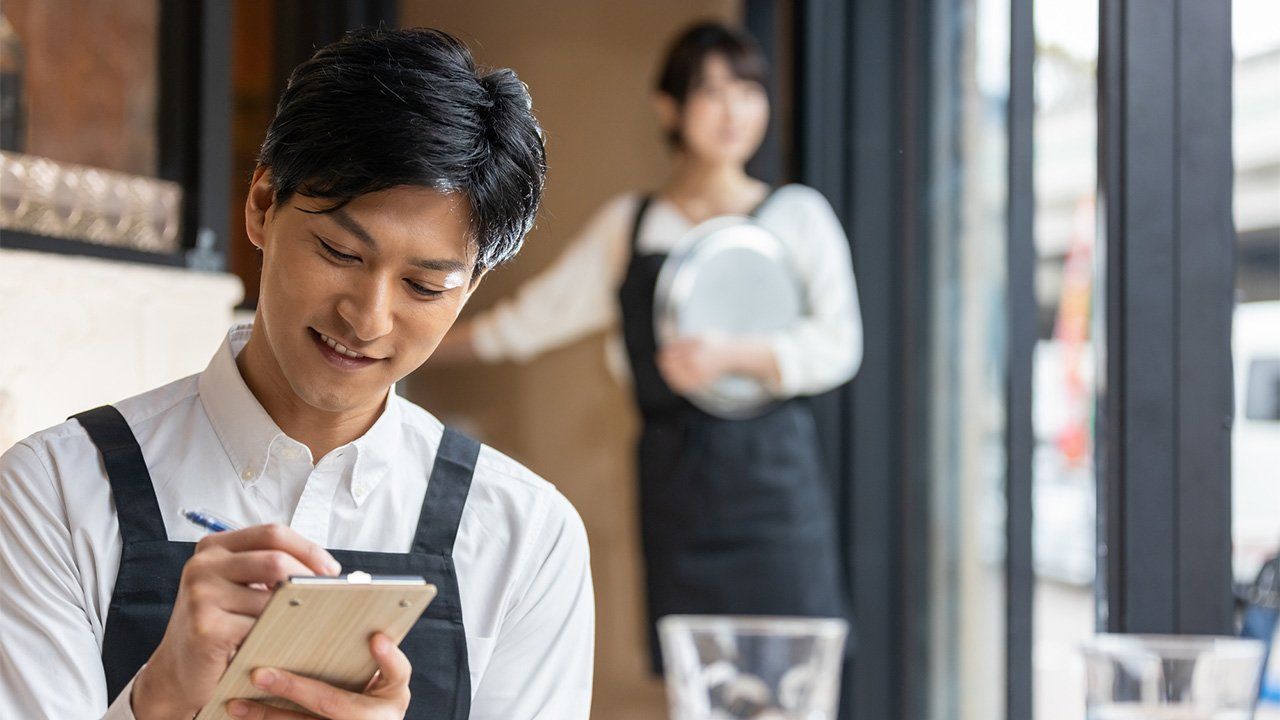 Work Economy Mar 5, 2020
While a favorable job market has made it easier for young people to secure regular jobs, more men past retirement age are taking on nonregular positions.

The number of young people working casual part-time or nonregular jobs has been decreasing due to the favorable job market in Japan. At the same time, an increasing number of older men are working in these kinds of positions.

The trend is clear from a labor survey conducted by the Ministry of Internal Affairs and Communications. The survey used the Japanese term furītā (“freeter”) to define anyone not a student between the ages of 15 and 34 working in or seeking a part-time job. The number of people in this category has declined for five consecutive years, reaching a new low of 1.4 million in 2019, more than 30% less than the peak of 2.2 million in 2003. 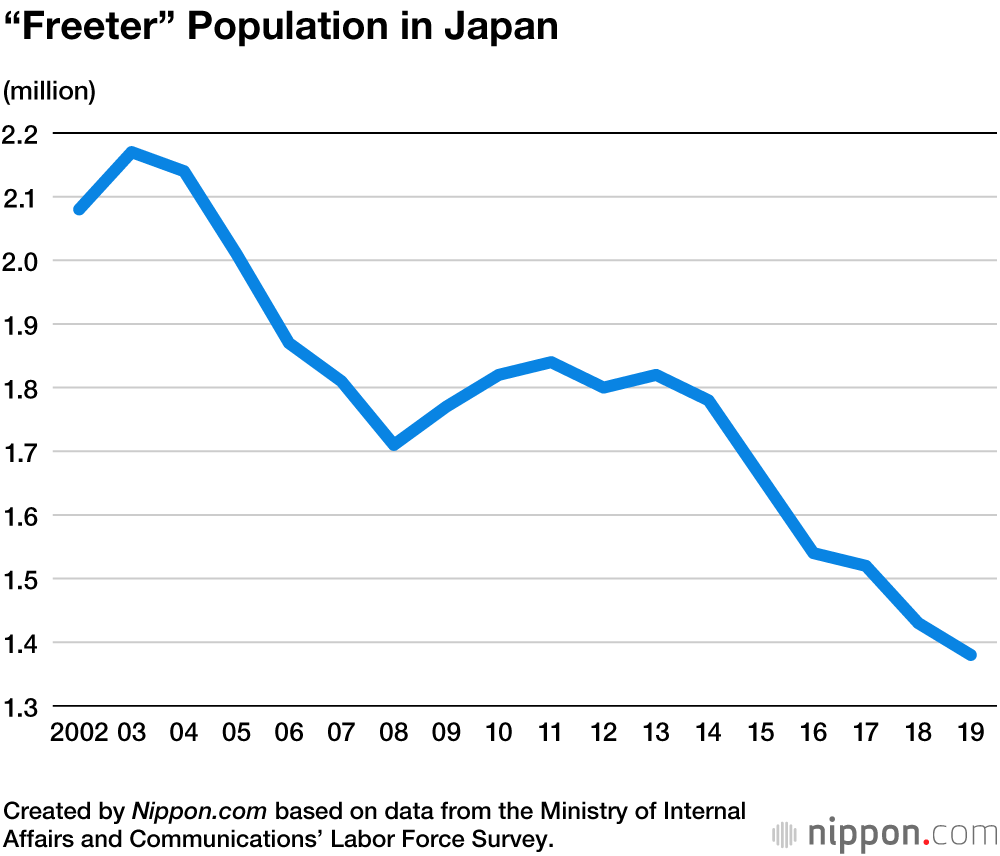 The economic recovery in Japan has led companies to actively seek new employees, resulting in a seller’s market, with openings far outnumbering the job seekers among new graduates. This has led to an increase in the number of high school and university graduates who are starting in regular employment positions. The decrease in female “freeters” since 2009 has been particularly noteworthy. 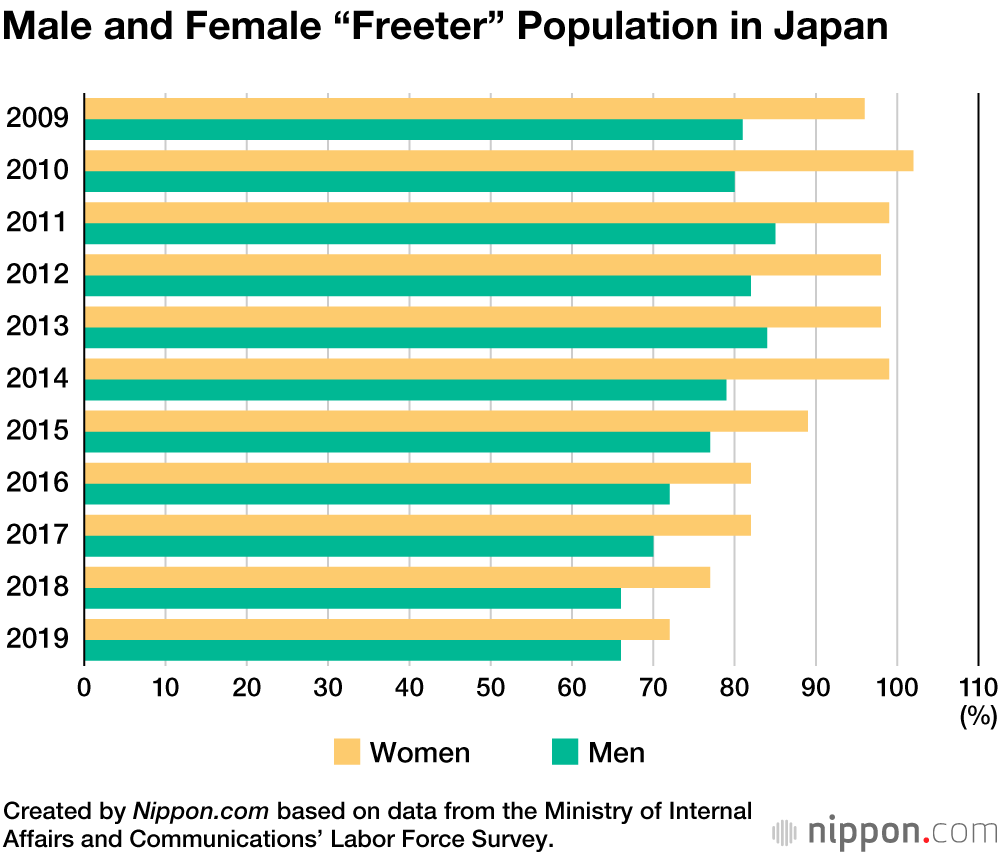 The working population (excluding executive positions) in Japan numbered 56.6 million in 2019. Among them, 34.9 million held regular positions, up 180,000 year on year, while 21.7 million held irregular positions (up 450,000) so that nonregular employees accounted for 38.3% of the overall workforce.