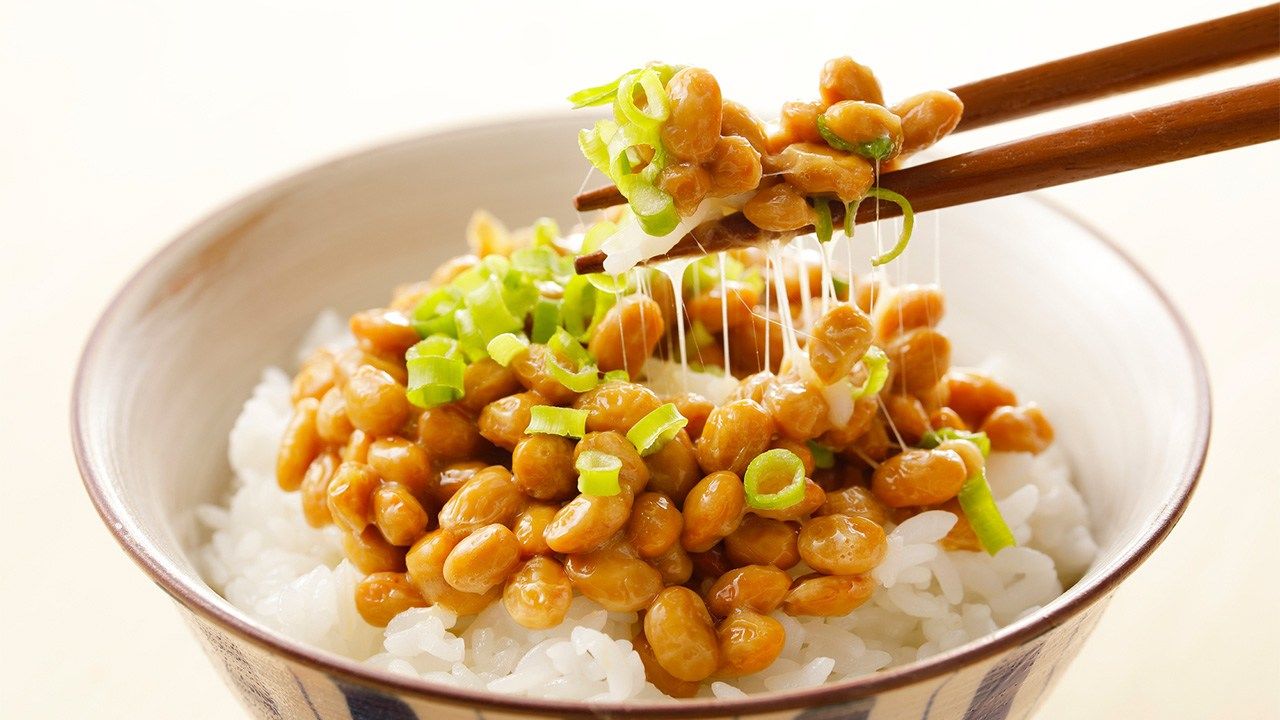 A research team at the National Cancer Center Japan published a paper in the academic journal BMJ in January on its study finding that “a higher intake of fermented soy products (nattō and miso) was associated with a lower risk of mortality.”

The paper states that the protein, dietary fiber, and isoflavones that soy contains are less likely to be lost through processing in fermented products. While there have been other studies to clarify the positive effect these products have on health, they are still few and far between.

The study of both fermented and non-fermented soy products was based on the results of research carried out on approximately 90,000 men and women between the ages of 45 and 74 over a period of 15 years. The team calculated intake quantities for all soy products and fermented products only through a dietary survey and examined the relationship with mortality in five similarly sized groups.

Although no clear correlation could be found between the intake quantities of total soy products and the risk of mortality, the study found that the more fermented soy products people ate, the lower the risk of all causes of death. In particular, in the group with the highest intake (50 grams per day) both men and women had a 10% lower risk of mortality compared to the lowest intake group (13 grams per day). One pack of nattō is approximately 50 grams. 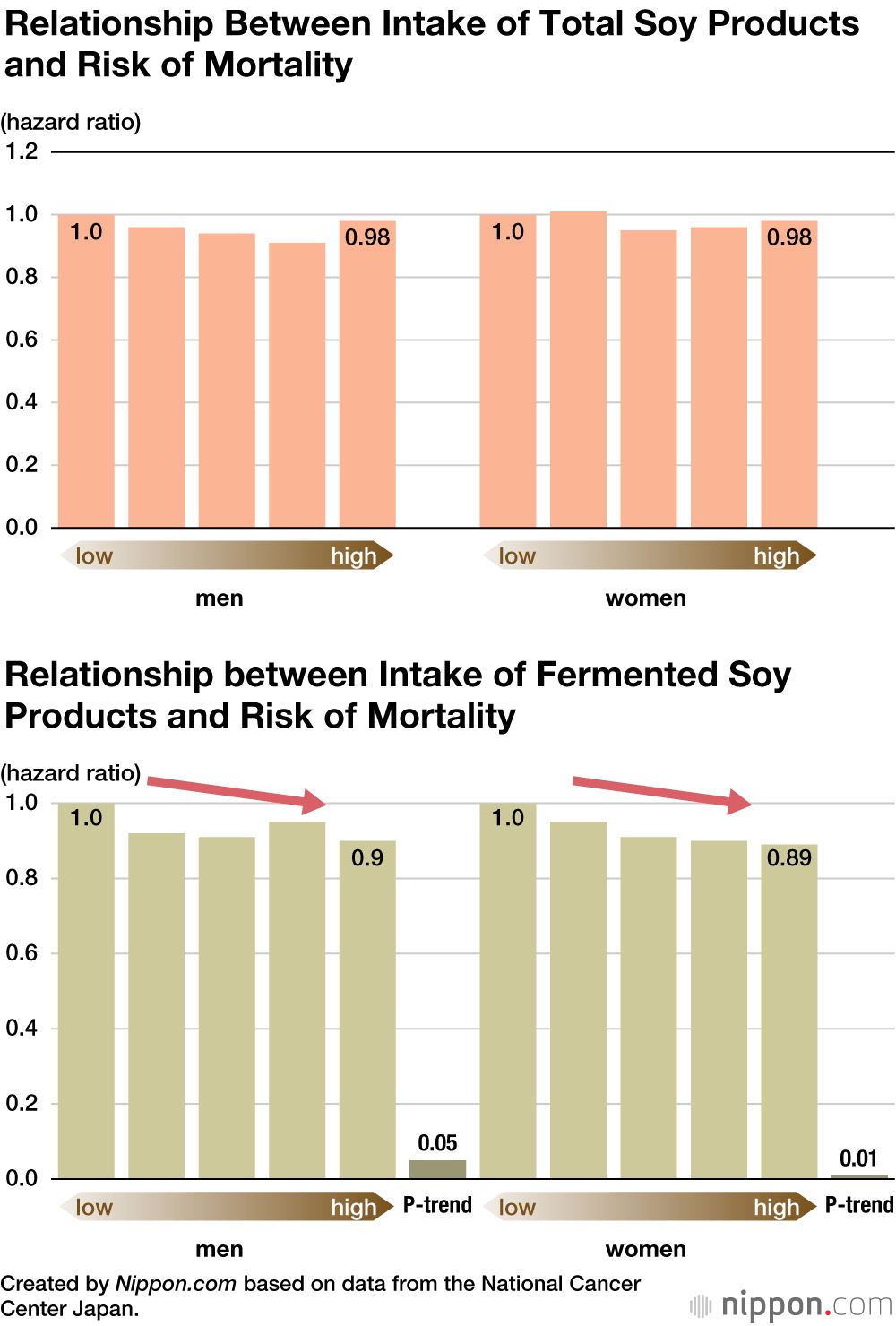 Looking at causes of death, there was no clear relationship between the intake quantity of soy products and cancer mortality. However, for cardiovascular diseases like strokes and myocardial infarctions, the greater the intake of nattō for both men and women, the lower the tendency for risk of mortality.

This research team has previously published results showing that the higher the intake ratio of vegetable protein to energy, the less risk there is of total and cardiovascular disease mortality. The results this time indicate that among soy products—a major source of vegetable protein—fermented soy products in particular may affect mortality risks. These types of products are commonly consumed in Japan and could be a contributing factor to longevity in Japanese people.