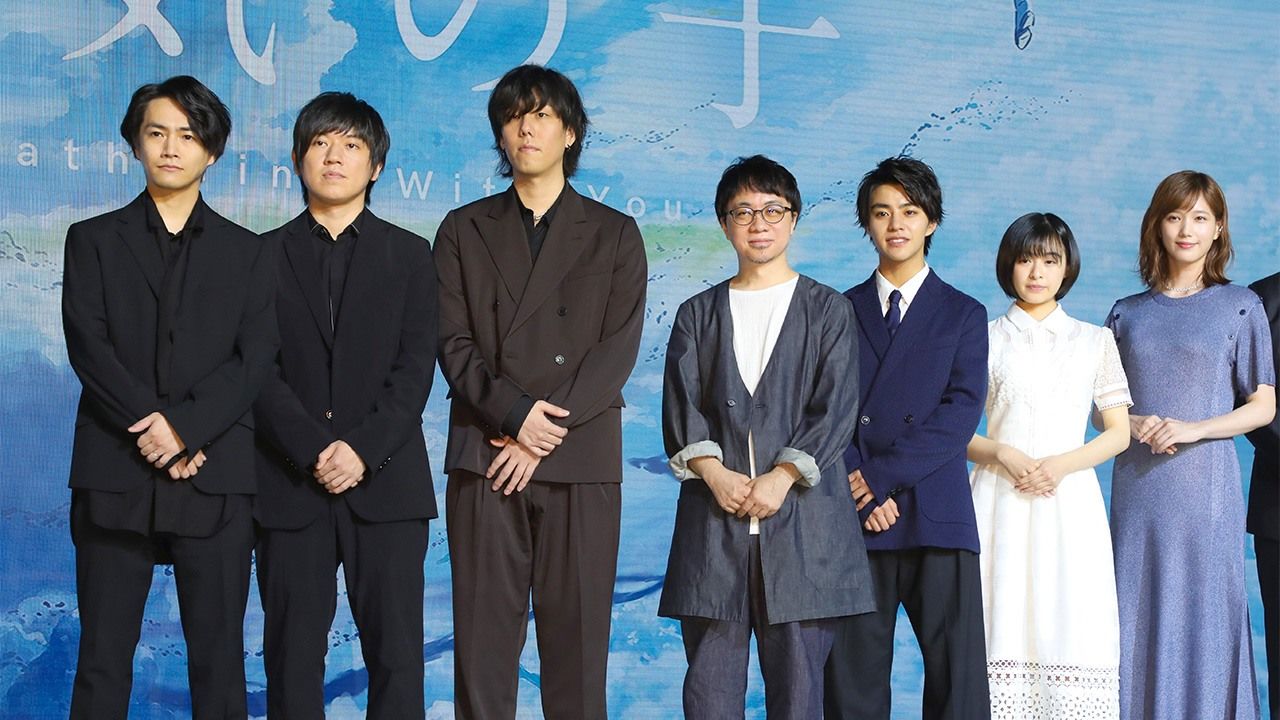 Entertainment Culture Mar 16, 2020
The Japanese movie industry is booming, with box office revenue for 2019 rising to a record ¥261 billion.

Japanese box office earnings climbed to ¥261 billion in 2019. The Motion Picture Producers Association of Japan announced a 17% year-on-year increase to reach the highest figure recorded since the current reporting system based on total box office gross was introduced in 2000. Movie theater attendance also broke records in 2019 with 195 million people spending on average ¥1,340 each on tickets. 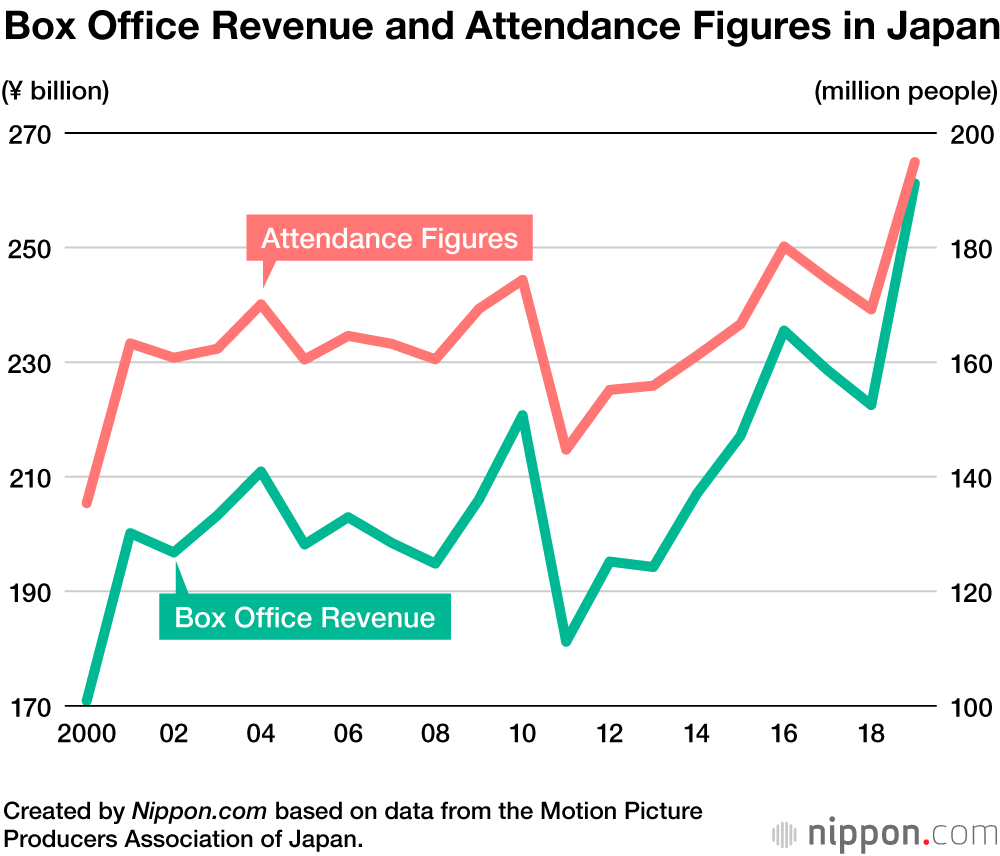 The huge box office boost was mainly due to four movies alone bringing in more than ¥10 billion each. This is in contrast to 2017 and 2018 where there was just one movie each year that generated that amount.

Japanese animation Weathering with You distributed through Tōhō from July 2019, netted ¥14.1 billion. Directed by Shinkai Makoto, the film has received positive reviews, helping it top the overall chart for box office earnings in Japan.

Top Five Movies in Japan by Box Office Revenue in 2019

Created by Nippon.com based on data from the Motion Picture Producers Association of Japan.

(Translated from Japanese. Banner photo: Director Shinkai Makoto (center) and others attending the production report announcement for Weathering with You on July 2, 2019, in Tokyo. © Jiji.)