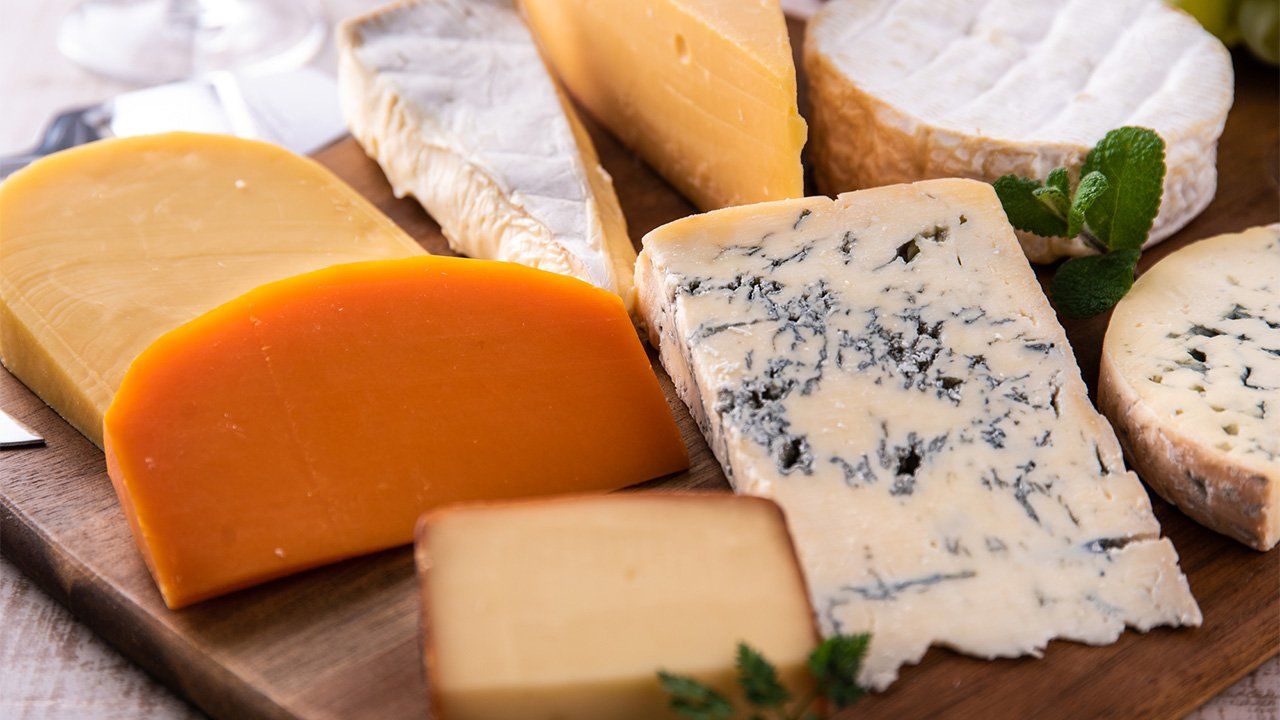 Society Food and Drink Economy Nov 25, 2021
Consumption of cheese in Japan is on the rise. In 2020, for the sixth consecutive year, domestic consumption reached a new high. The pandemic has led to an increased demand for cheese among people staying at home, including through ordering delivery pizza or bought as a snack to have with alcohol.

Cheese Secures a Place at the Table

In total, Japan consumed 360,744 tons of cheese in fiscal 2020, according to the Ministry of Agriculture, Forestry, and Fisheries. Even though commercial demand, such as at restaurants and for manufacturing confectionery products, saw a huge drop due to the pandemic, the continued shift toward more Western-style food and people becoming more health conscious has led to a rise in household consumption, with cheese appearing much more regularly on the dining table. 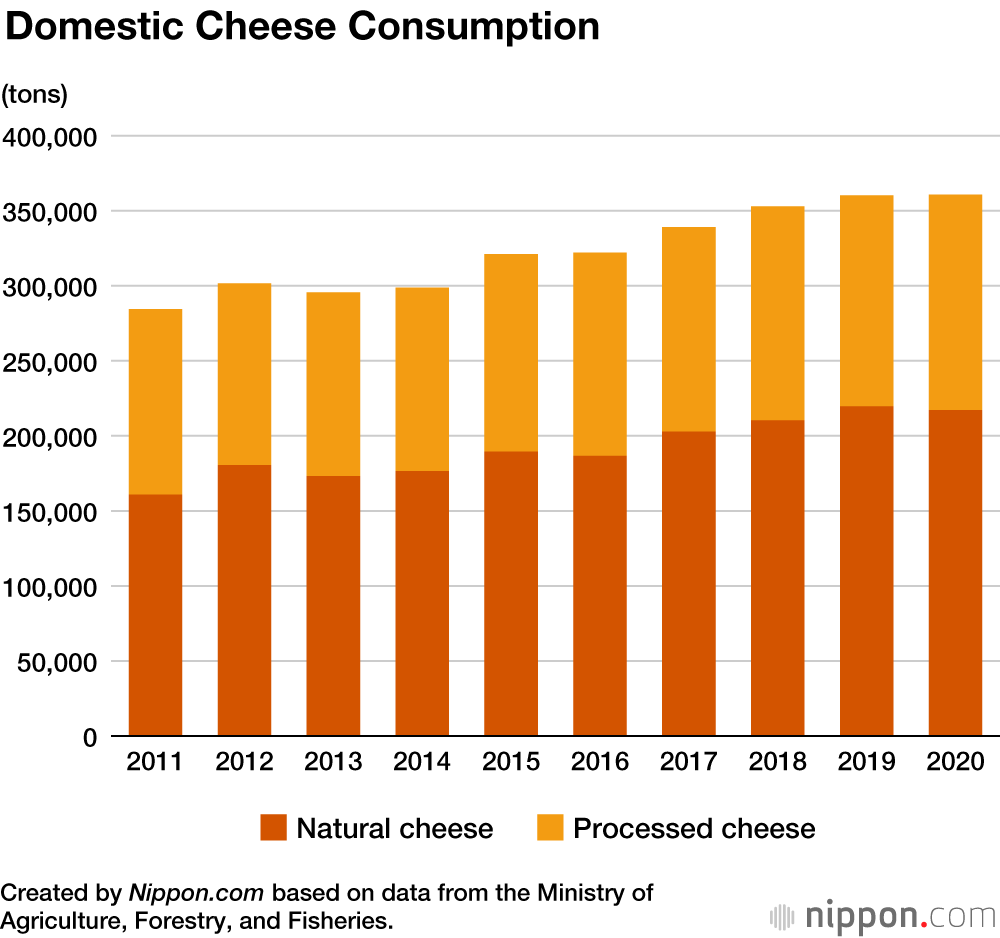 There was a temporary drop in the average annual individual consumption of cheese in fiscal 2008, due to a rise in international market prices for cheese that prompted manufacturers to reduce import volumes and raise retail prices However, for the 12 years since 2009, individual consumption has been on the increase. In 2020, there was a year-on-year rise of 7.6% to 2.7 kilograms, and overall there has been a 1.4-fold increase over the last two decades. Business demand for fresh cream, such as for use in confectionery products, slowed though, leading to a 4.7% drop in consumption compared to 2019. 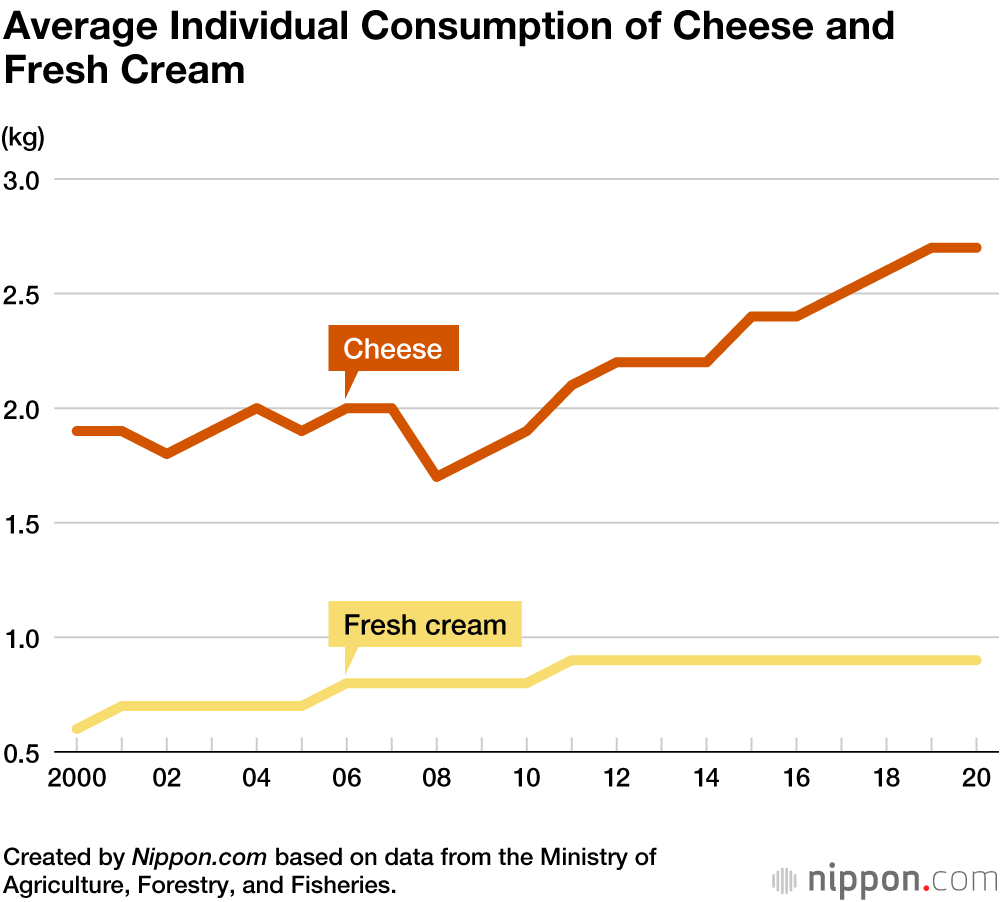 More than 80% of Natural Cheese Imported

Natural cheese accounted for nearly two-thirds of overall consumption, and 88% was imported. The highest volume of imported cheese into Japan in 2020 came from Australia. This was followed by New Zealand, the United States, the Netherlands, and Germany. 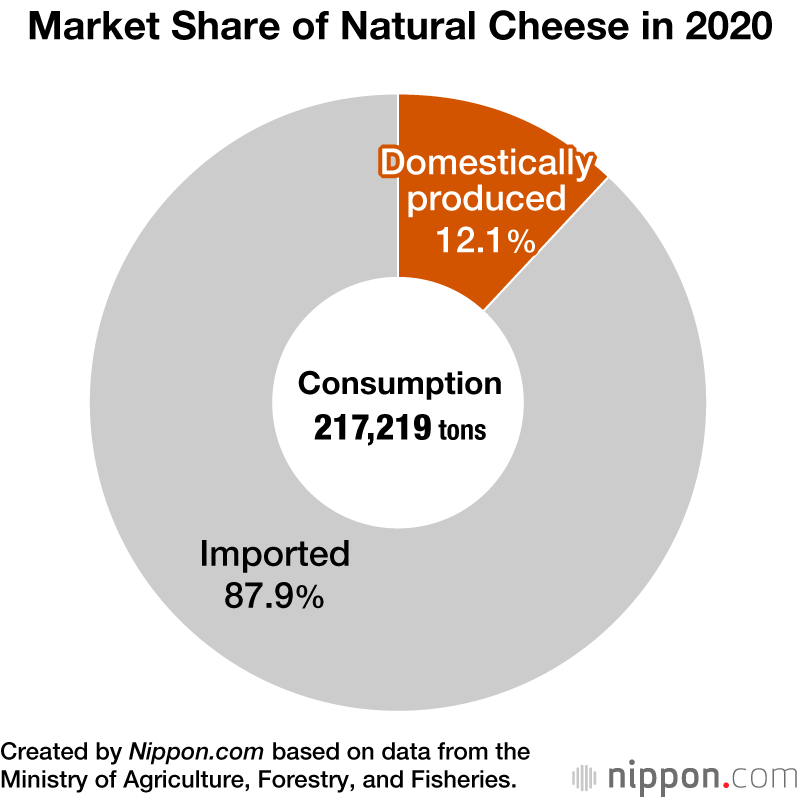 Created by Nippon.com based on data from the Ministry of Finance’s Trade Statistics of Japan.