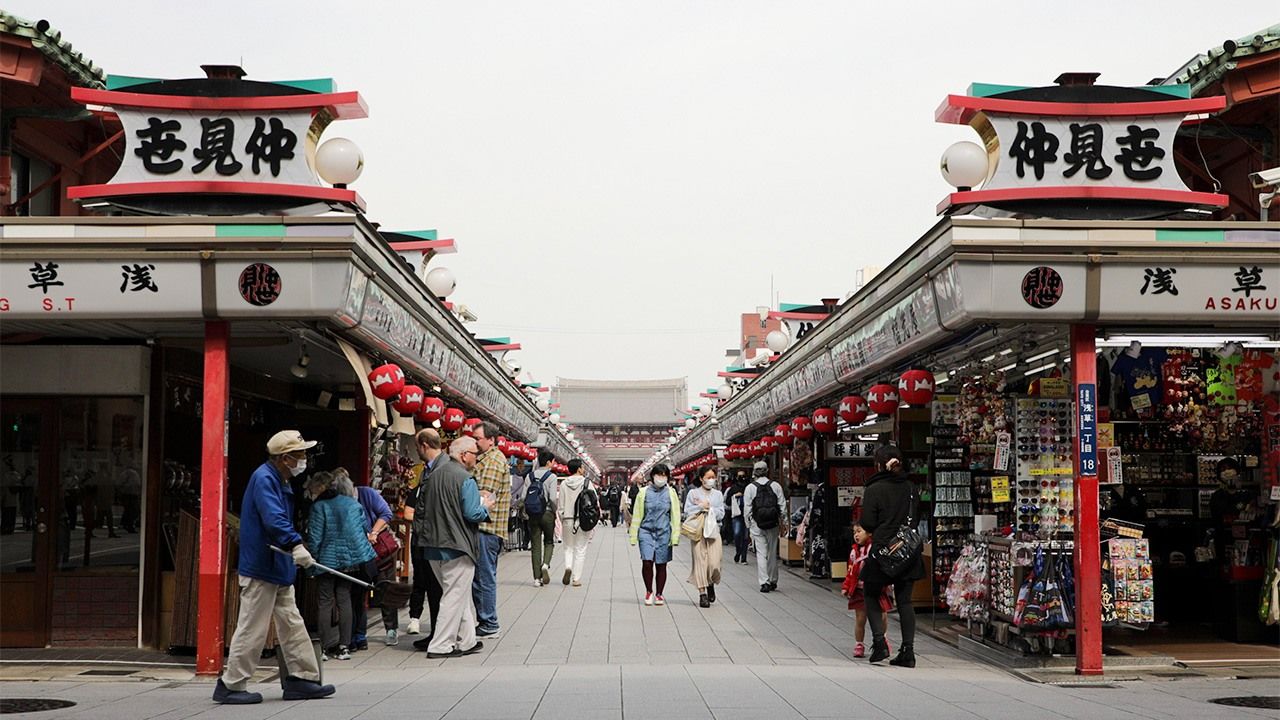 The Japan National Tourism Organization announced that there were 1.1 million foreign visitors to Japan in February 2020, a 58.3% year-on-year drop. In addition to the large decline in the number of tourist arrivals from South Korea since relations with Japan deteriorated last August 2019, the spread of COVID-19 brought a dramatic reduction in visitors from China. The February decrease is the second largest on record after April 2011, when international visitors declined by 62.5% following the previous month’s Great East Japan Earthquake.

There were only 87,200 Chinese visitors in February, a record-breaking 87.9% year-on-year decline in the wake of a January 27 ban by the Chinese government on group travel and the sale of hotel and air ticket tour packages. This measure, to stop the spread of the coronavirus, resulted in the cancelation of all travel to Japan for sightseeing purposes.

Visitor numbers from other countries and regions in Asia were also affected as airlines reduced flights and tourism became less attractive. Arrivals were down 44.9% from Taiwan, 35.5% from Hong Kong, and 24.9% from Singapore. The only bright spot was a record-breaking February for the Philippines with 39,700 visitors, up 12.9% year on year, buoyed by a strong first half of the month due in part to an increase in the number of airline seats. However, arrivals from the country began to drop off in the second half of the month as the virus continued to spread.

People in the United States and Europe were also holding off from traveling to Japan for sightseeing. February saw a sharp drop of 20.8% in arrivals from the United States, 21.0% from Britain, and 18.6% from Germany.

In March, the epicenter of the pandemic shifted to Europe and many countries around the world have instituted de facto restrictions on foreign travel, so an even bigger drop in tourist arrivals in Japan is expected. 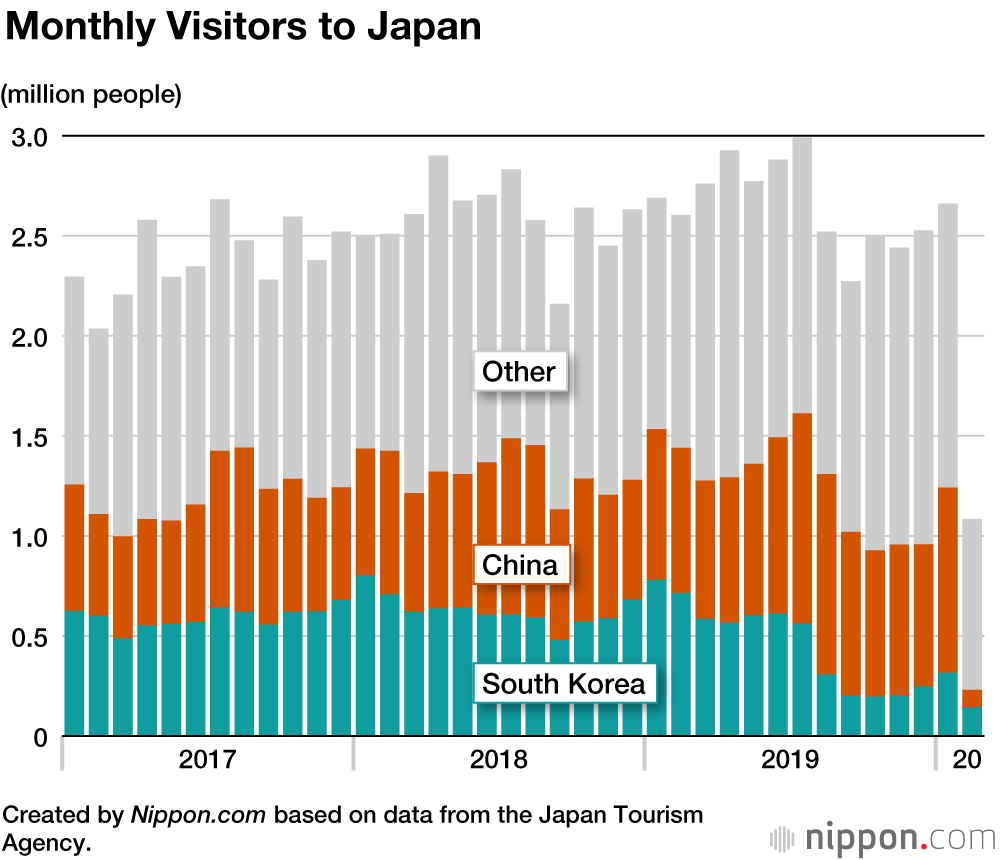 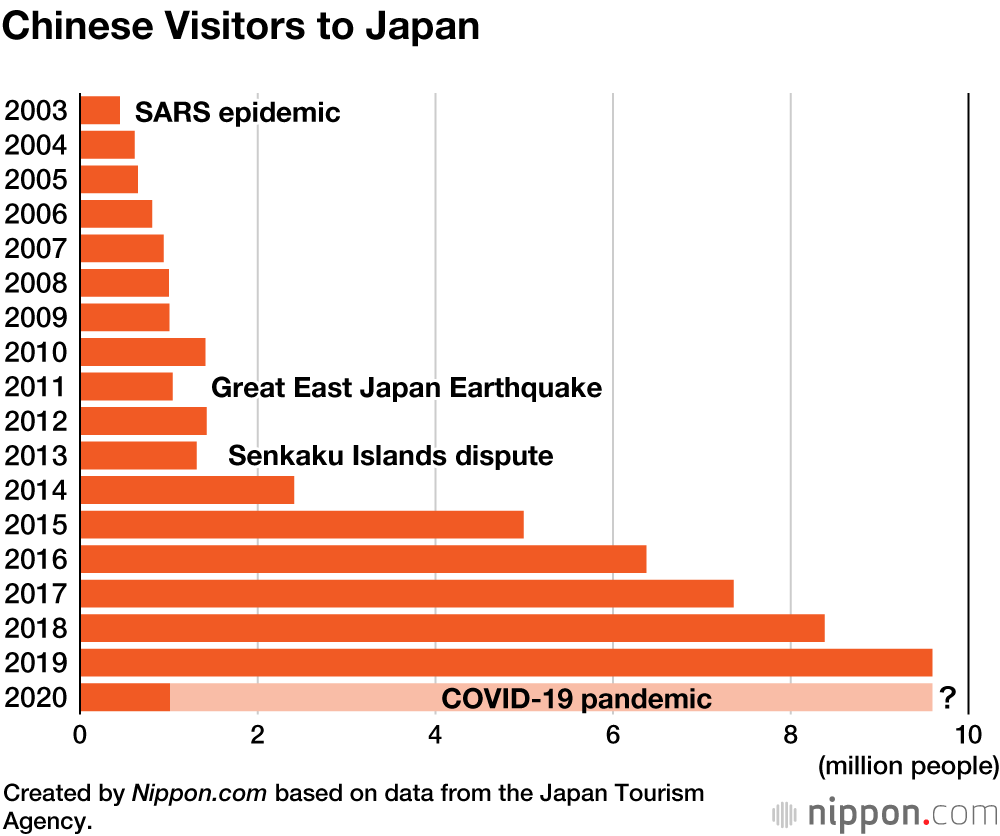