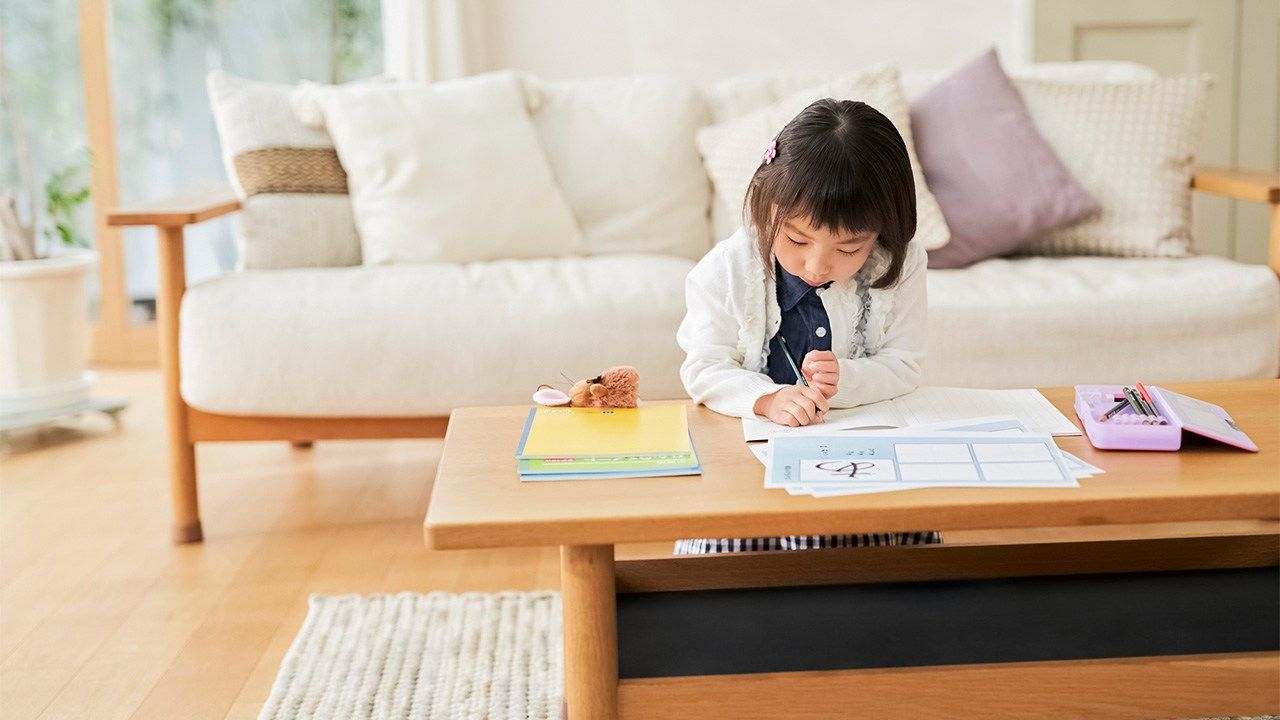 Education Family Apr 10, 2020
In a survey conducted by Sony Life Insurance, 65.5% of parents said that someone’s academic ability and record depends on how money is spent on that person’s education.

“How much you spend determines how well a child does in school, so I’m prioritizing educational spending over saving for retirement.” This is the sort of frank view revealed in the survey on spending for children’s education conducted by Sony Life Insurance from late February to early March. A total of 1,000 responses were collected, balanced among men and women and different age groups.

The survey, which elicited views on spending money on children, asked respondents whether they agreed with certain statements. For the statement, “People’s academic ability and record depends on how much is spent on their education,” 65.5% said they either “strongly” or “somewhat” agreed. Some 63.8% strongly or somewhat agreed with the statement “I plan to spend more on my children’s education than retirement.”

A total of 73.0% strongly or somewhat agreed that “Early learning/education from the preschool stage is important to a child’s future.” However, less than half, at 44.2%, held that favorable view of the statement, “I intend to spend more educational funds on cram school than sports and artistic activities,” revealing that parents are not only thinking about academic ability. 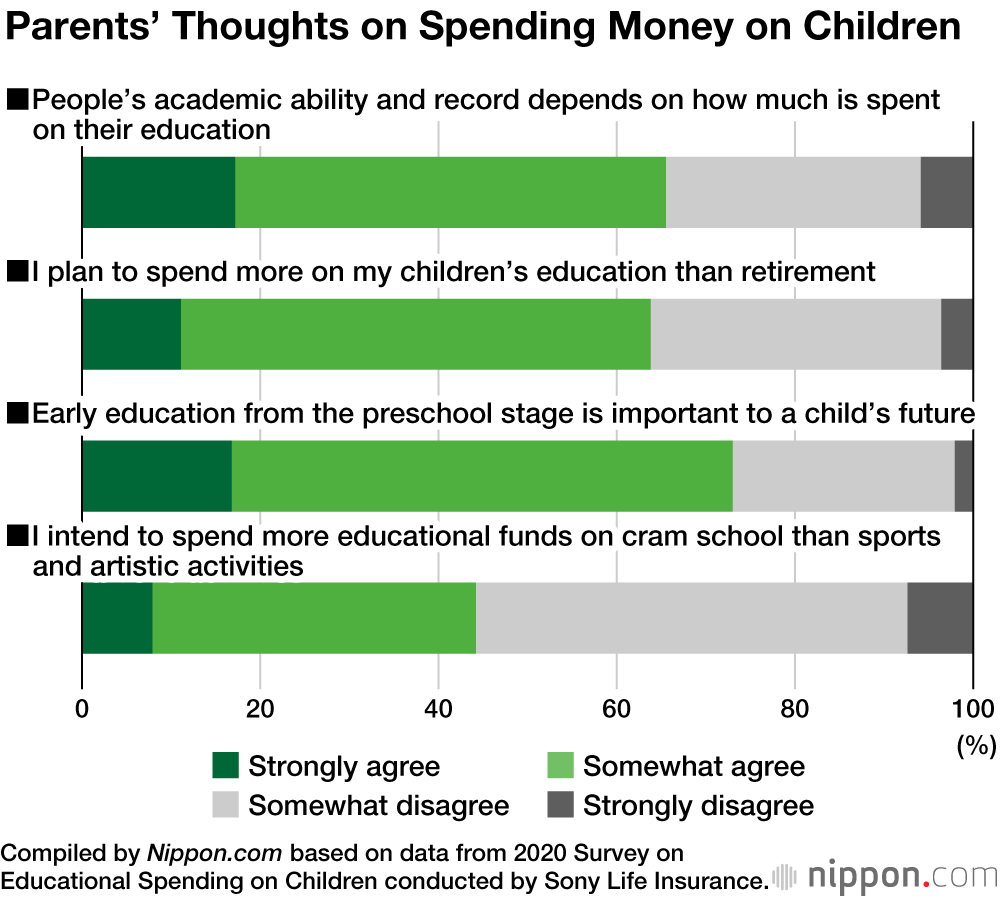 When asked for their view regarding the statement, “Educational spending on my children is a heavy burden,” a higher proportion of parents with children at higher stages of the educational system answered by saying they “strongly” or “somewhat” agreed. 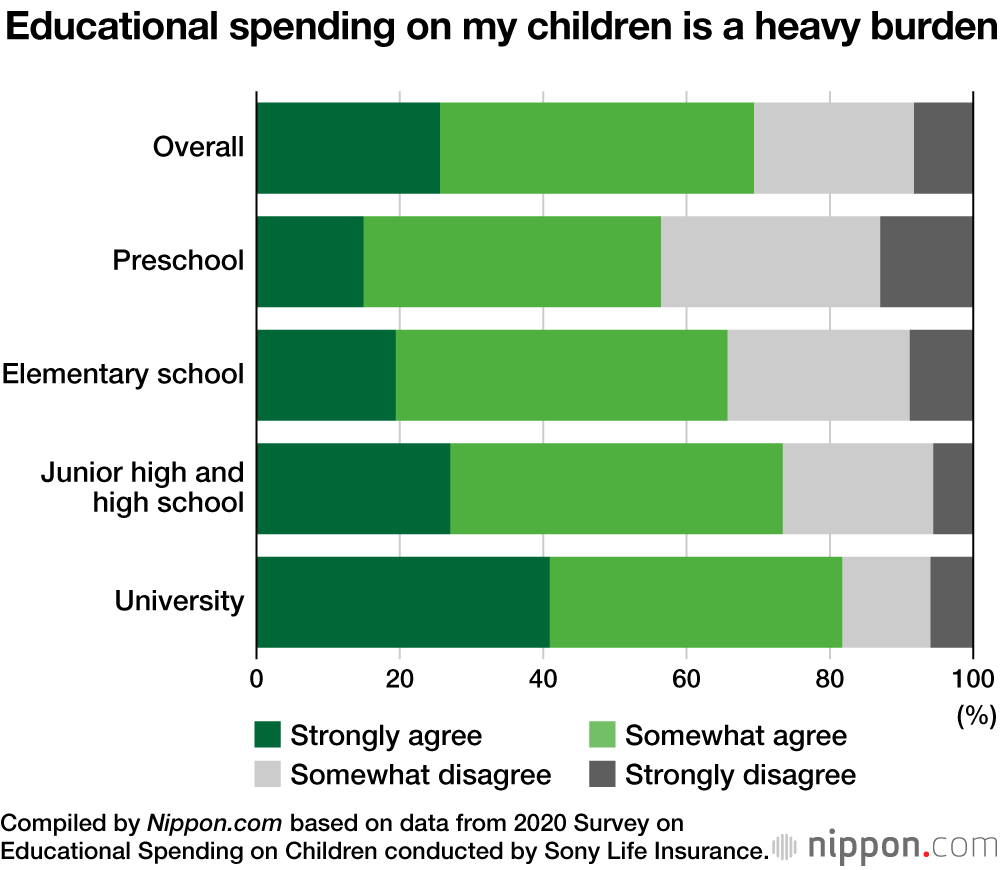 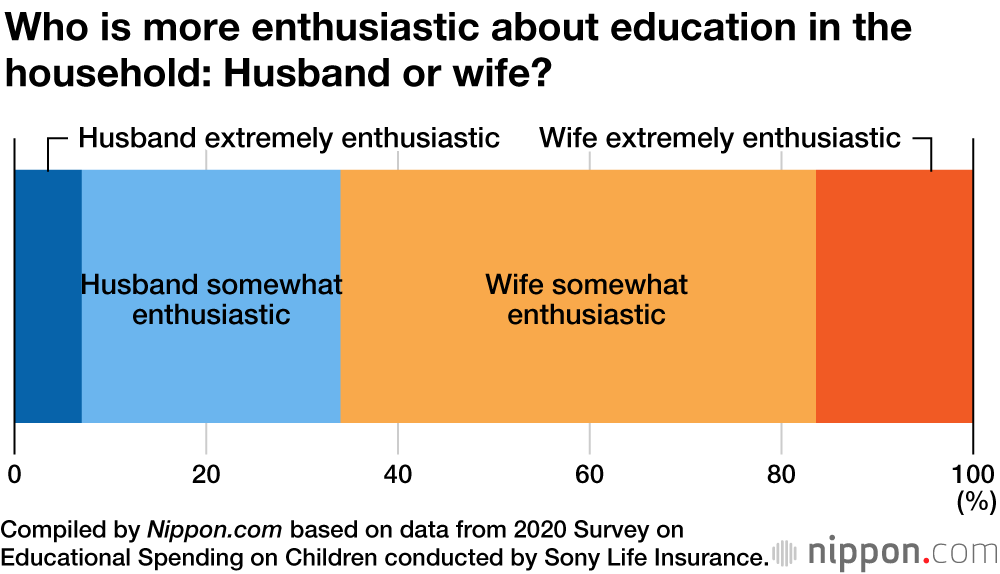 The responses to the statement, “Arguments often occur over education in my household, revealed that squabbles are more likely in households where the husband is extremely enthusiastic about education. 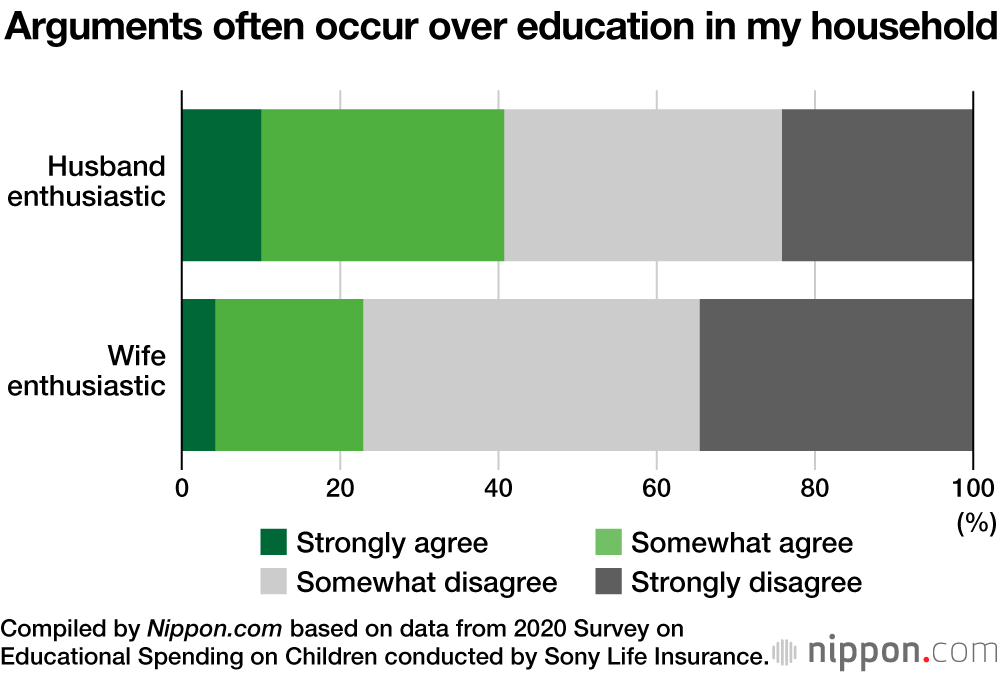