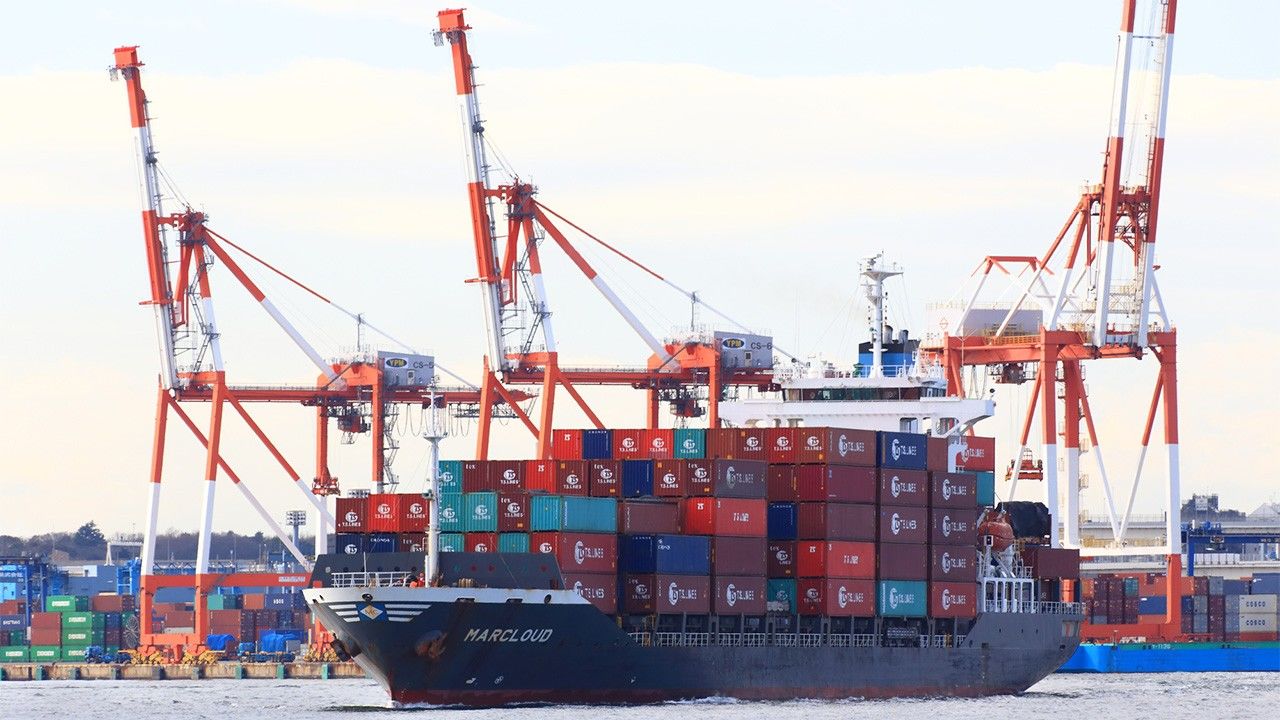 Economy Society Politics Apr 27, 2020
The significant reduction in economic activities around the world due to the COVID-19 pandemic has led to stagnant global trade.

Provisional trade statistics for March released by the Ministry of Finance on April 20 show that overall exports for the month were ¥6.4 trillion, a decrease year on year of 11.7%. This is the sixteenth consecutive month of a year-on-year decline in exports. Reduced demand from the United States and the European Union meant the drop in exports of automobiles was particularly steep in March, at 13.1%, while exports of ships and automobile parts fell by 48.6% and 17.9%, respectively.

Imports to Japan, meanwhile, totaled ¥6.35 trillion, a year-on-year decrease of 5.0%. Liquefied natural gas from Australia and petroleum and crude oil from the United States were down for the month, while imports of communications equipment from China rose.

Japan posted a narrow ¥4.9 billion trade surplus in March. Although this is the second straight monthly trade surplus, the margin was tiny compared with the previous month.

There are concerns that global trade will contract further in April since the spread of COVID-19 infections since March has centered on Europe, the United States, and other developed countries. 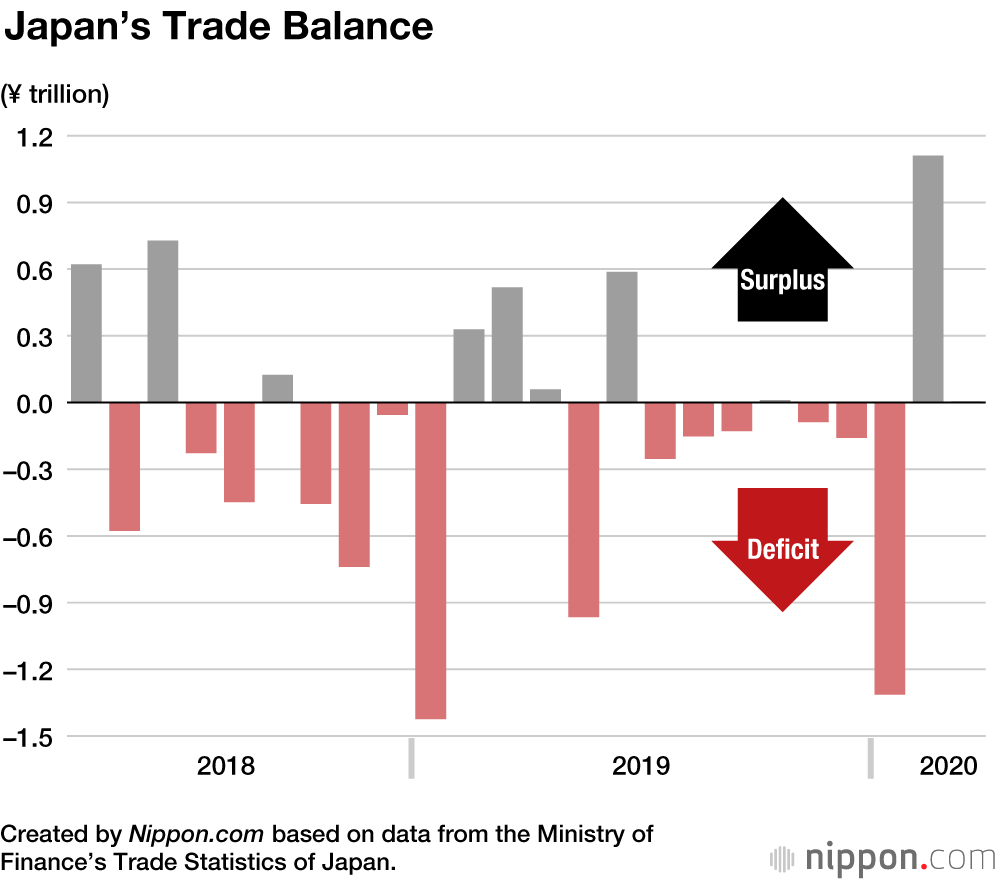 Imports from China fell for the eighth consecutive month in March, although the year-on-year drop for the month was only 4.5%, as compared to 47.1% in February. Imports of computers, clothing, and accessories were down in March, while imports of communication devices rose by 60.3%

Japan’s exports to the United States were down for the eighth consecutive month. The monthly decline was particularly sharp for such goods as automobiles, down 23.7% in March, motors, which decreased by 27.4%, and construction and mining equipment, which fell by 34.7%.

Created by Nippon.com based on data from the Ministry of Finance’s Trade Statistics of Japan. The percentage in parentheses indicates the year-on-year change.