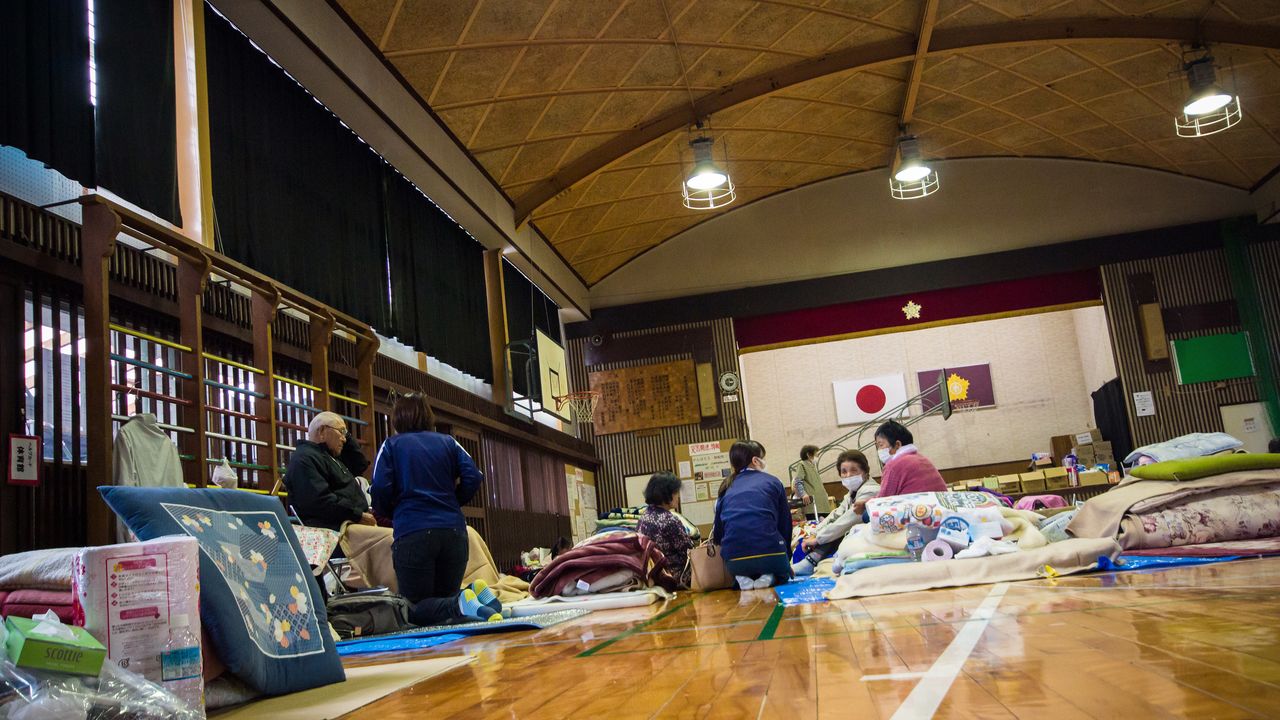 Earthquake Unease in Japan, But Temblors No More Common than Usual

Society Disaster May 26, 2020
Minor May earthquakes stoked concerned posting to Japanese social media about whether there were more temblors than usual this year, and what to do in case a major disaster struck during the pandemic. However, data on past quakes show they are not especially common this year.

On May 4 and 6, two earthquakes with a maximum seismic intensity of 4 occurred with epicenters in northern Chiba Prefecture. The temblor on May 6 shook the whole metropolitan area and was recorded as intensity 3 in Tokyo, Saitama, and Kanagawa Prefectures. There were four more earthquakes with a maximum intensity of 4 in two days from May 17. With so many people sheltering at home during the COVID-19 pandemic, social media was soon flooded with worries about whether there had been more earthquakes than usual and what to do if a major disaster struck during the pandemic. 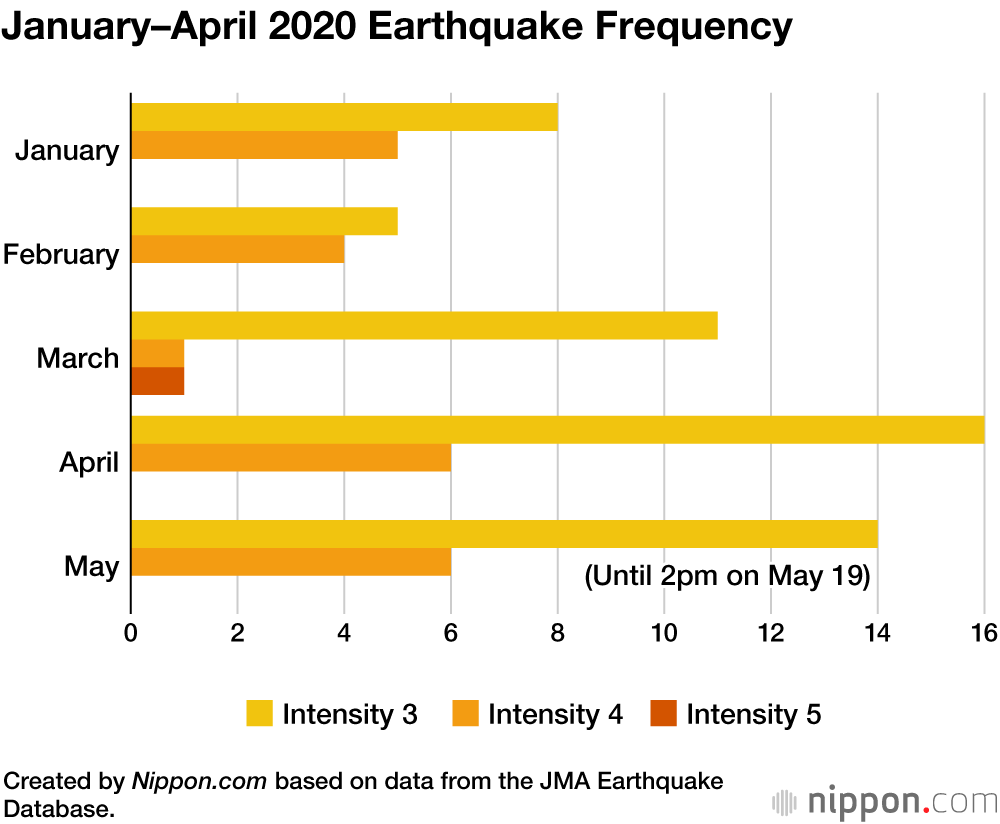 However, comparing the data with that from the same period for other years offers a different perspective. 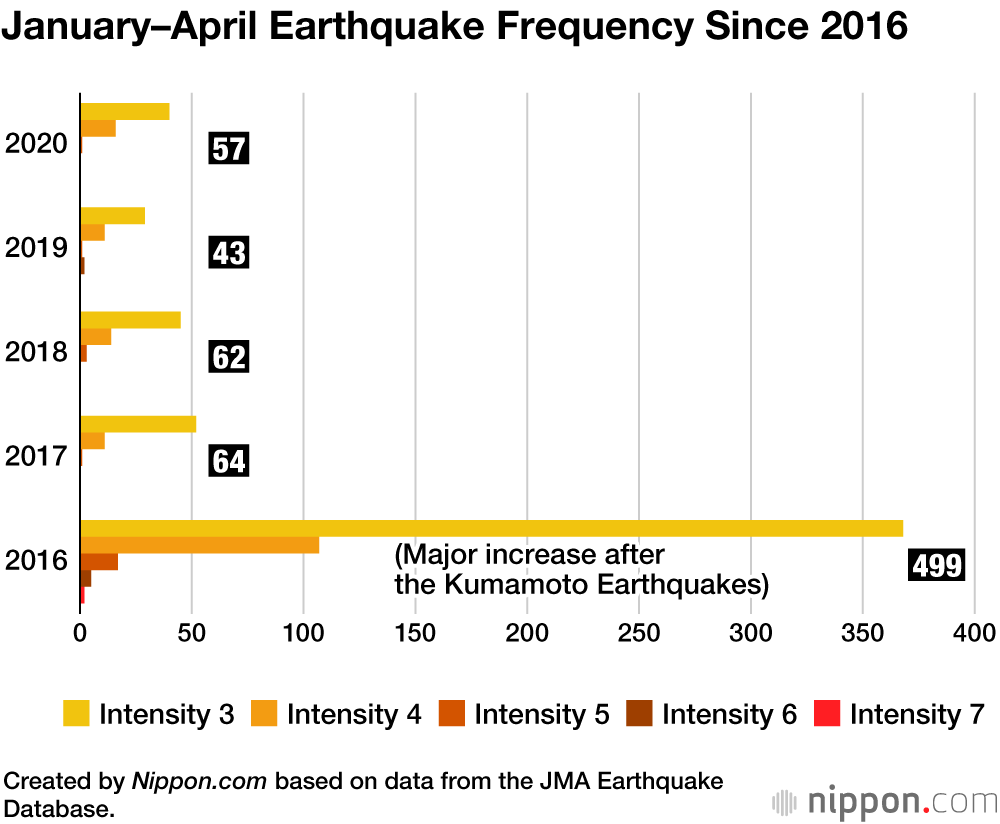 The graph shows that earthquakes are not particularly frequent this year. In 2016, the Kumamoto Earthquakes took place, as two intensity 7 quakes hit the prefecture on April 14 and 16, and there were 457 temblors of intensity 3 or greater recorded in total that month. The epicenters of most were in Kumamoto and Ōita Prefectures.

While 2020 is clearly not any kind of outlier in frequency, this does not imply anything about the future. Current science finds it difficult to predict with any accuracy which regions are likely to experience a cluster of earthquakes within even a few days. Even in 2016, there were only 46 of intensity 3 or over from January until the first major temblor hit at 9:25 in the morning on April 14, and none of those had epicenters in Kumamoto. Frequency data is a valuable resource, but in the end, it is only one data point.

Masks and Soap in Emergency Bags

The reason for the rising tide of concern might simply be that people are noticing the usual earthquakes more. It is easier to feel a small shake when sitting quietly at home than outside. The May 4 earthquake came just after 10 at night, while that on May 6 came just before 2 in the morning, and both are times when people are less likely to be active. As the spread of COVID-19 has brought with it a general increase in anxiety about the future, it may also be the case that people are more attuned than usual to threats like earthquakes.

While there is no need to panic, Japan is an earthquake-prone country, so there is always a call for sensible precautions. When earthquakes do happen, evacuation centers are often crowded, and sanitation is a concern. Even under normal circumstances colds and influenza can spread easily. Extra attention to sanitation and hygiene will be in order until the COVID-19 pandemic settles down.

It is a good idea to ensure there are masks, disinfectant, soap, and wet wipes in emergency bags. Also, as evacuation centers will likely be keeping their windows and doors open for better ventilation, that might require extra clothing to help deal with variable temperatures. A moment of extra thought can help add another layer of safety and peace of mind just in case disaster does hit.

(Originally published in Japanese. Banner photo: An evacuation shelter following the Kumamoto Earthquakes of 2016. Photo by Hashino Yukinori of Nippon.com.)