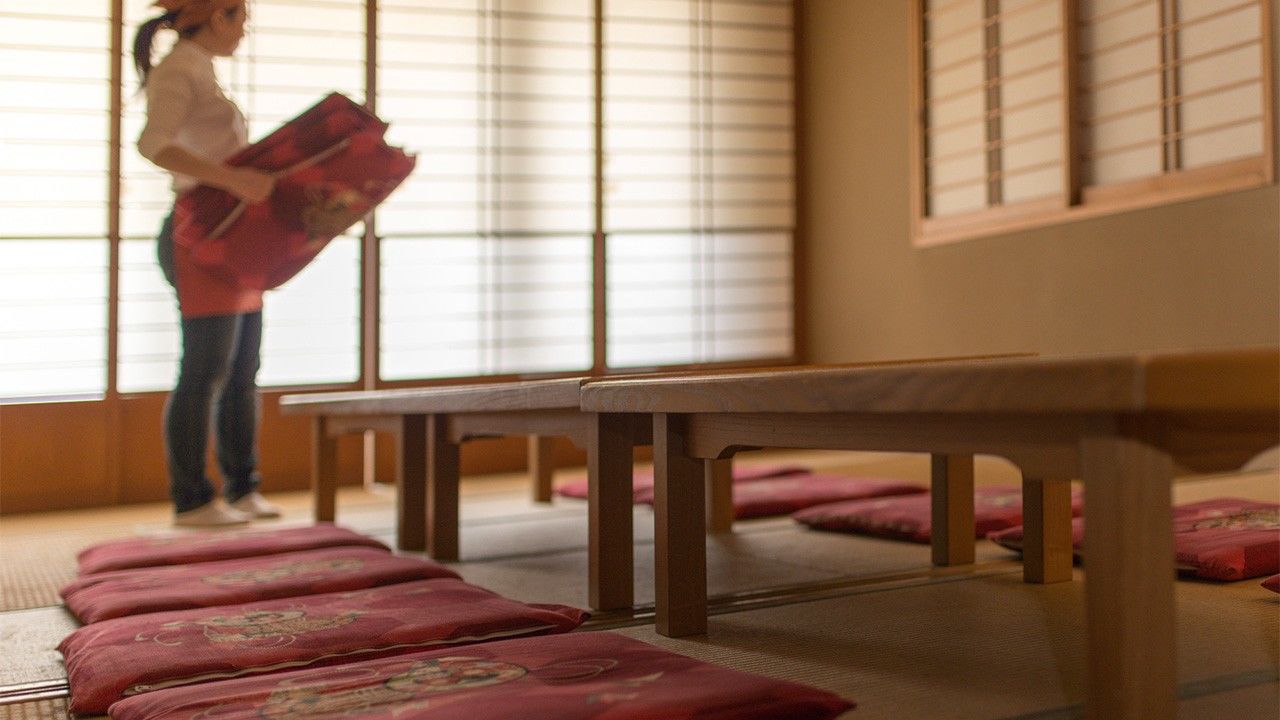 Economy Society Jun 3, 2020
Japan has seen a sharp drop in the number of companies reporting labor shortages, particularly for hotels and restaurants.

A Teikoku Databank survey on employee shortages conducted in April 2020 has revealed that the number of companies reporting they have insufficient full-time employees fell to 31.0%, a 19.3 point drop compared to the same period the previous year. This is the first time in four years that the rate has dropped below 40%. Nearly half of the companies, at 47.2%, responded that they had an adequate number of workers. A further 21.9% of companies reported being overstaffed, a year-on-year increase of 13.5 points.

Regarding nonregular employees, companies’ feeling of being understaffed fell to 16.6%, nearly half the previous year’s rate. Meanwhile, 21.6% of companies had the sense of being overstaffed. 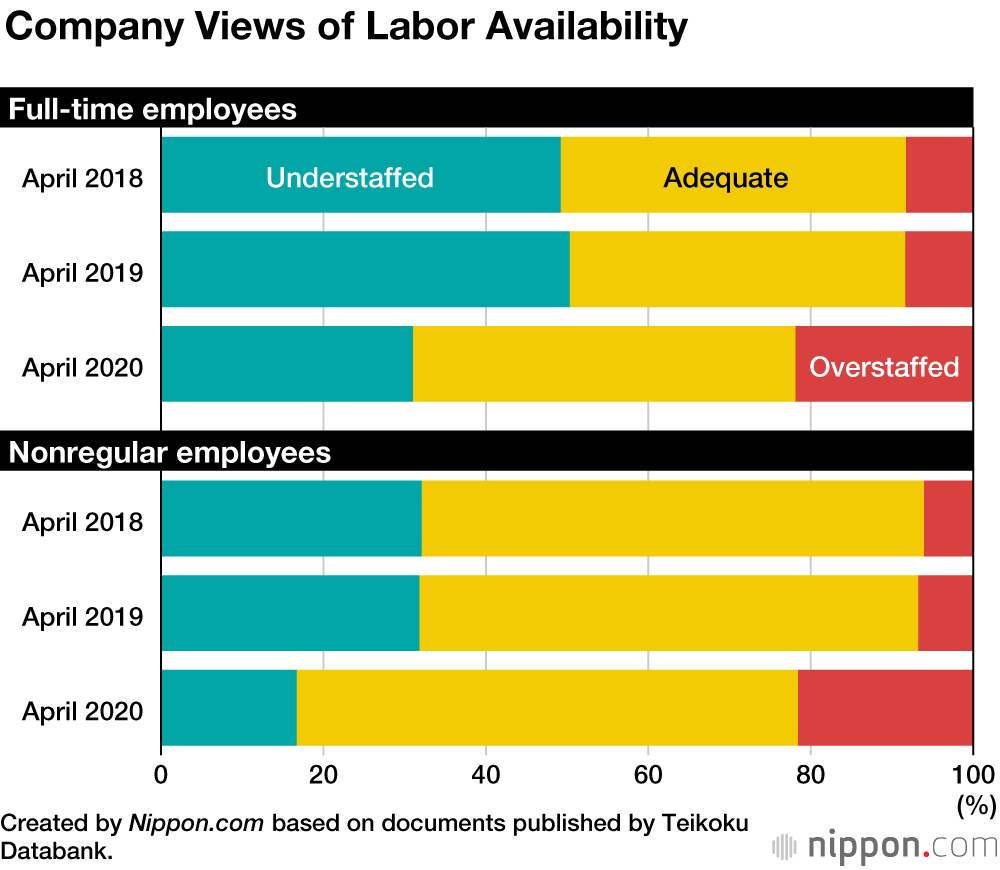 There were severe drops in monthly labor shortage rates in March and April, due to the spread of the coronavirus leading to economic stagnation and a significant fall in the amount of business being conducted. 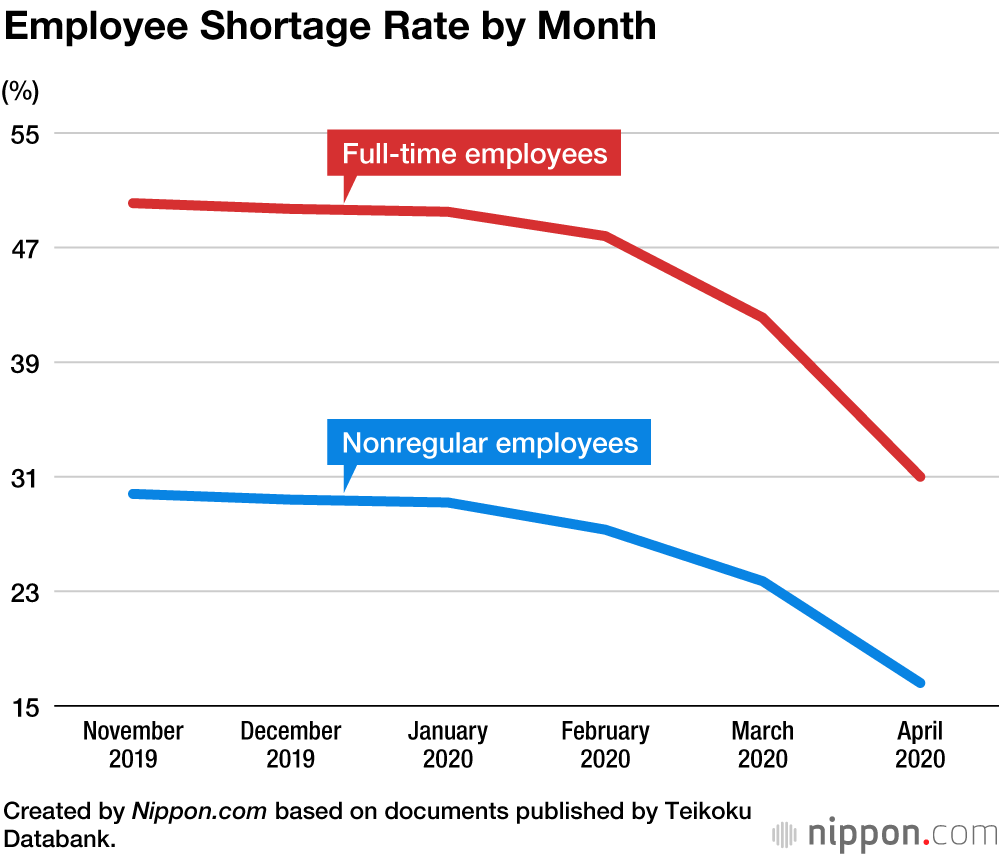 Rather than worrying about employee shortages, some industries have had a sharp increase in feeling overstaffed. In particular, more than 60% of hotels and inns, which have been supported by inbound tourist demand, have felt overstaffed since February due to the sudden drop in overseas visitors coming to Japan. The request for people to stay home has meant that restaurants and entertainment services are also increasingly feeling they have too many employees. Due to production being affected, a greater number of manufacturing companies are now reporting being overstaffed too.

Created by Nippon.com based on documents published by Teikoku Databank.