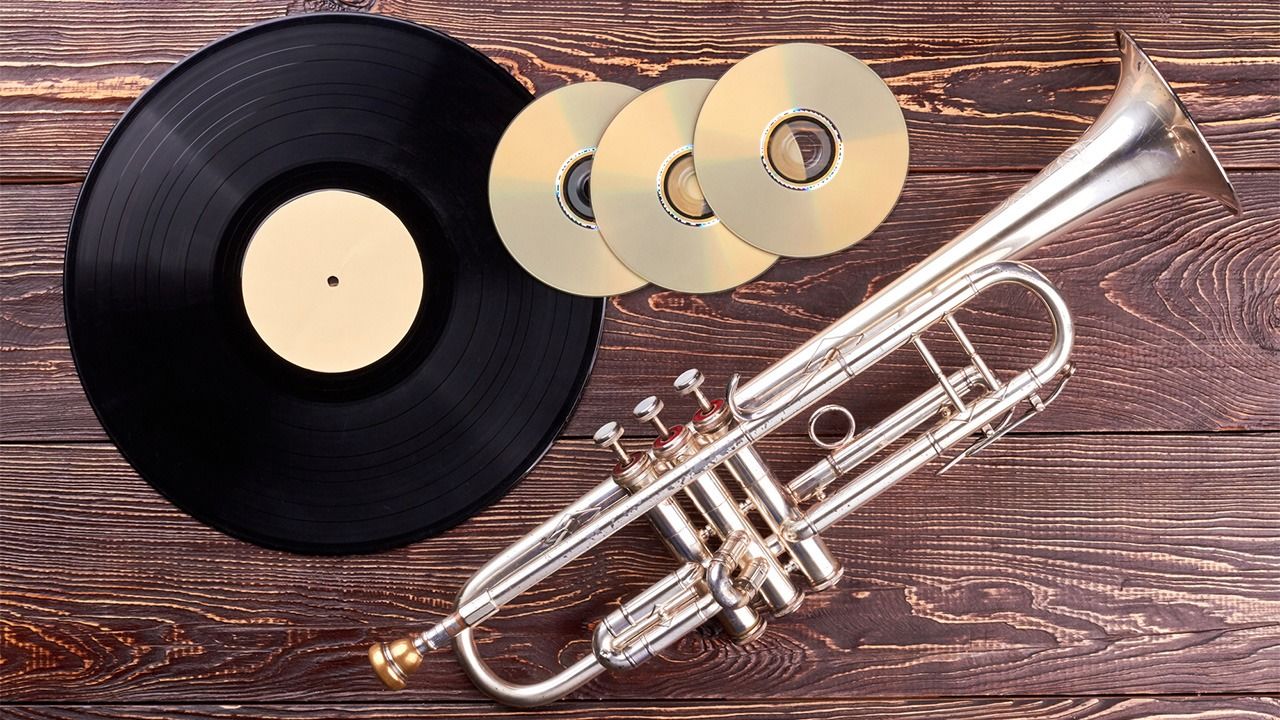 Statistics released by the Recording Industry Association of Japan show that the total production volume for recorded music (physical formats and music videos) in 2019 decreased year on year by 7% to 180.7 million units, while overall production value declined by 5% to ¥229.1 billion.

Meanwhile, sales from digital music rose by 10% to ¥70.6 billion, the sixth consecutive yearly increase. By format, downloads decreased by 12%, to 94.3 million units, with sales volume decreasing by 12% to ¥22.5 billion. The sales value of fixed-price streaming services, however, continued to enjoy considerable growth, rising by 33%, to ¥46.5 billion. Thus, streaming far outperformed downloads, at 66% compared to 32% of total digital sales. 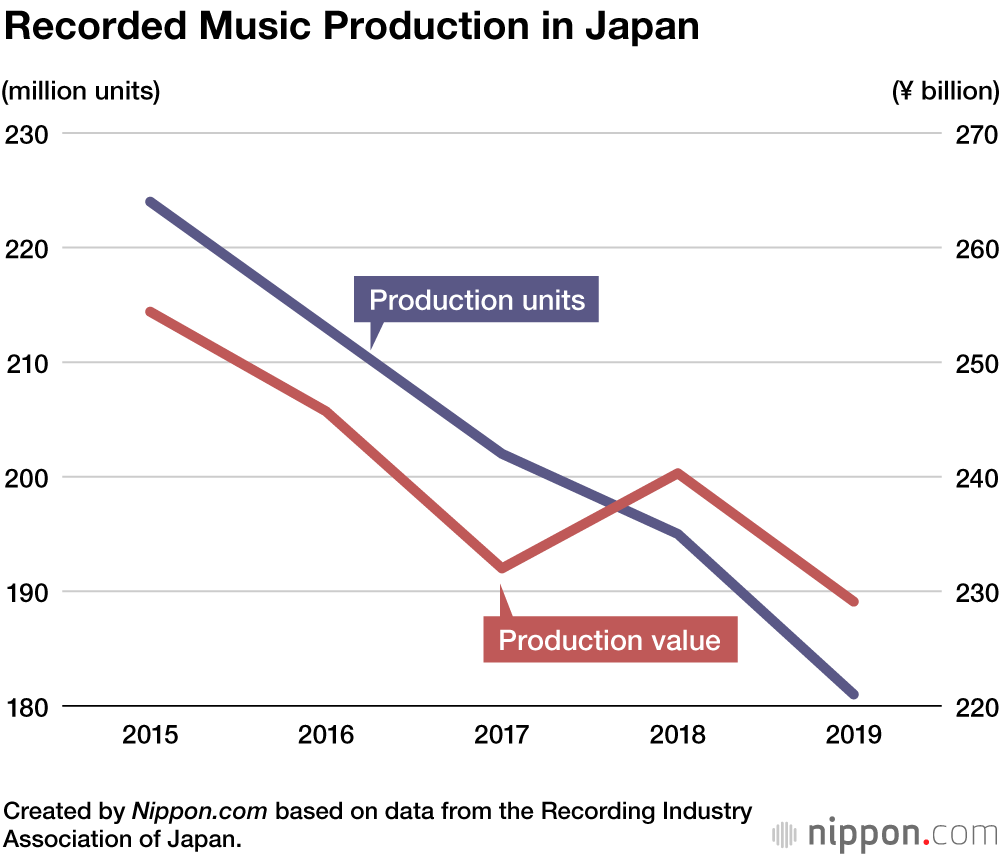 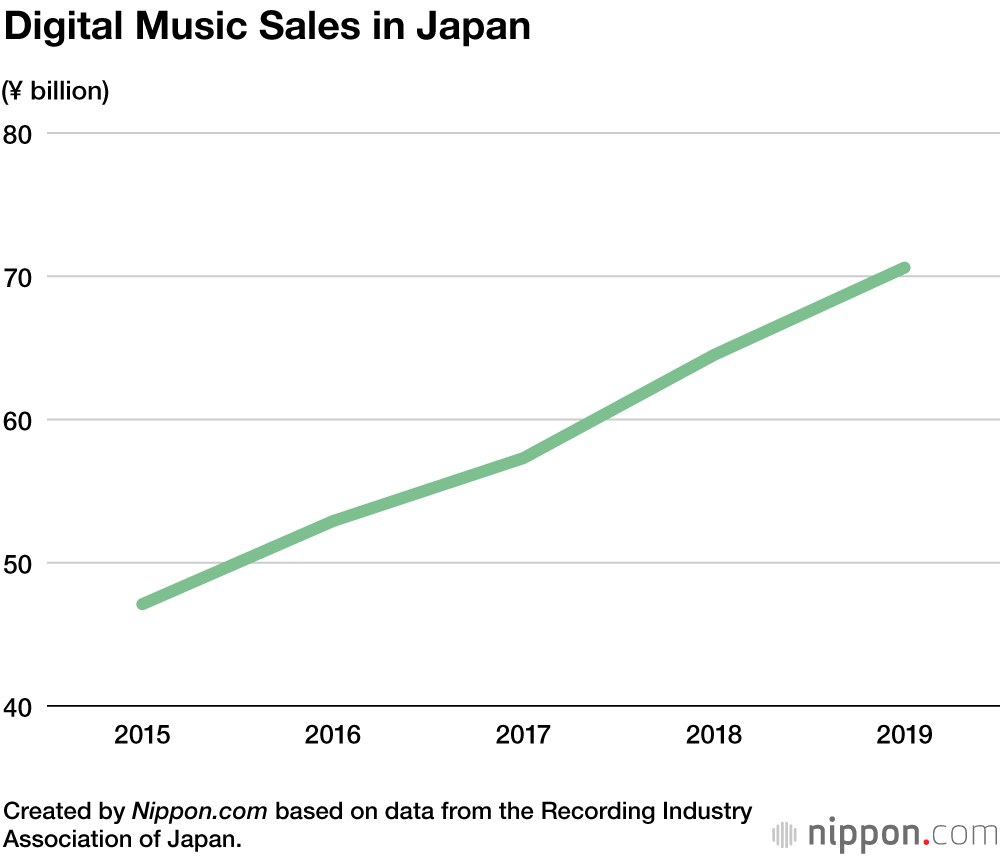 Within the category of recorded music, the total production volume of physical formats (including CD singles and albums, vinyl, and cassettes) was down by 4% year on year, to 134.3 million units, while production on a value basis was down by 3%, to ¥152.8 billion.

The production volume for CD albums and singles decreased by 4%, to 132.3 million units, while on a value basis the decrease was 3%, to ¥149.5 billion. Vinyl records, whose popularity has revived in recent years, rose by 9% on a production basis, to 1.2 million units, and by 3% on a value basis, to ¥2.1 billion. This is the sixth consecutive year for increases in both categories for vinyl.

Production of Vinyl and CDs in Japan

Created by Nippon.com based on data from the Recording Industry Association of Japan.