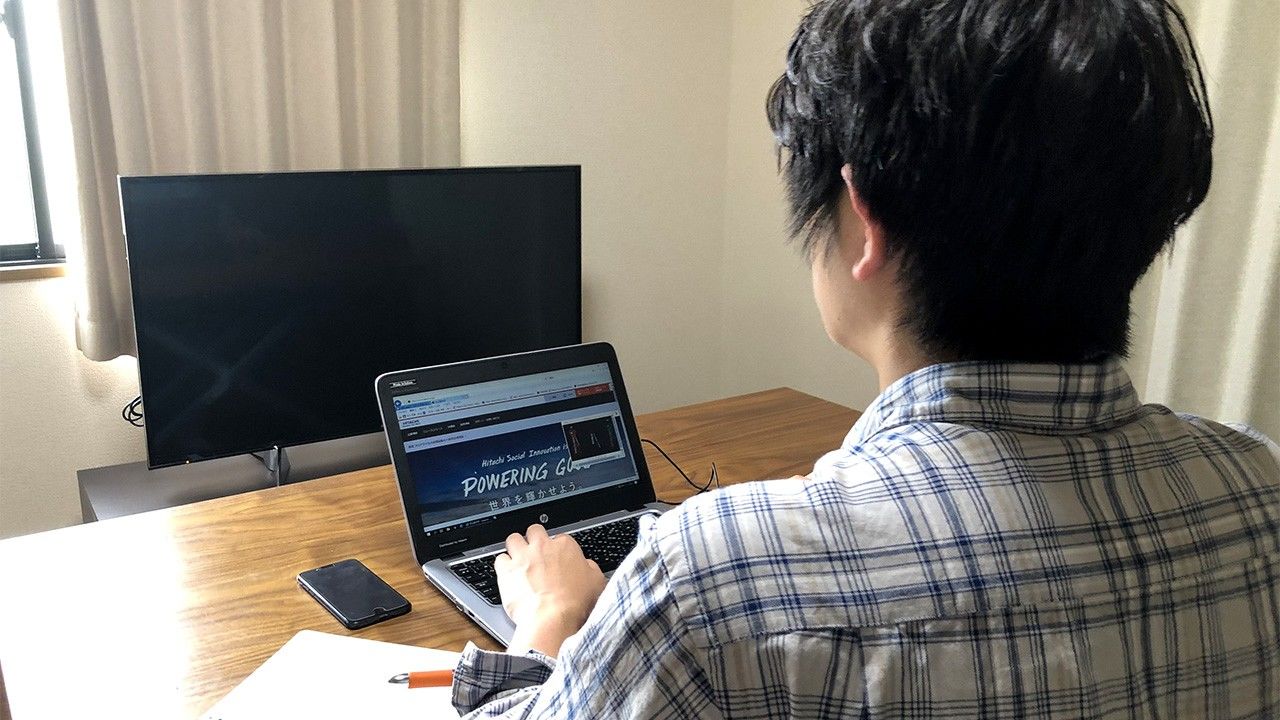 Economy Jun 17, 2020
A recent Japanese survey found that while many employees say their work efficiency has dropped, they wish to continue working from home.

The Japan Productivity Center conducted a survey in mid-May regarding employees’ attitudes to the coronavirus outbreak, in particular asking about working from home. Out of the responses, 7.2% said that their work efficiency had increased and 26.6% that it had somewhat increased, meaning at least 30% felt they had become more efficient.

However, 41.4% noted a slight decrease and 24.8% a definite decrease, totaling more than 60%. By contrast, the ratio of those who felt satisfied (18.8%) and somewhat satisfied (38.2%) indicated that almost 60% of people were generally happy working from home.

Has your work efficiency increased working from home?

How satisfied are you working from home?

Created by Nippon.com based on data from the Japan Productivity Center.

This survey was carried out between May 11 and 13, just over a month after the Japanese government initially announced a state of emergency on April 7 in seven urban prefectures. It targeted 1,100 employees aged over 20 nationwide (not including self-employed or those employed in their own family businesses).

As companies responded to the pandemic by introducing telework, people were asked about the number of business days they had commuted to work in the most recent week. The most popular response, with 37.3%, was one to two days, followed by zero days (32.1%), three to four days (21.1%), and the least popular answer of five or more days (9.5%). In total, almost 70% stated that they had worked at their offices for two days or fewer. This seems to be due mainly to a large number of respondents being white-collar workers employed in professional and technical fields, as well as clerical work. These are areas in which many companies introduced working from home. 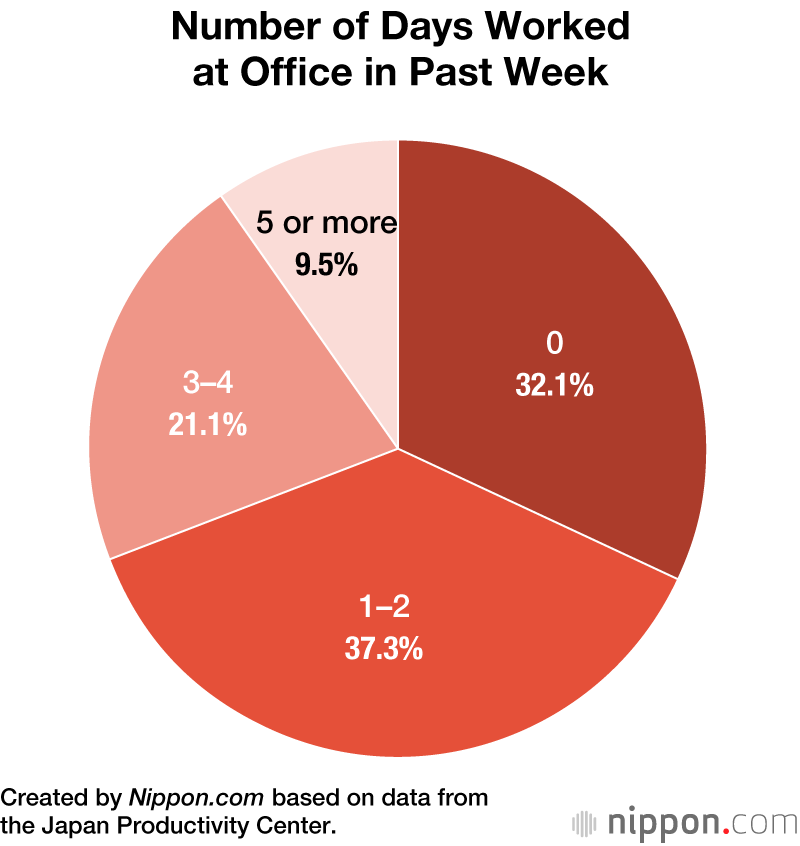 In addition, when asked if they would like to continue to work from home after the pandemic has abated, 24.3% of employees said they certainly would and a further 38.4% were somewhat interested in doing so, indicating more than 60% of people have a positive attitude toward continuing this style of work. This is in contrast to the 26.9% who showed a relative dislike for telework and the 10.4% who said they definitely would not like to continue.

(Translated from Japanese. Banner photo: A Hitachi employee working from home in Kawasaki, Kanagawa Prefecture, on May 25, 2020. Courtesy Hitachi; © Jiji.)