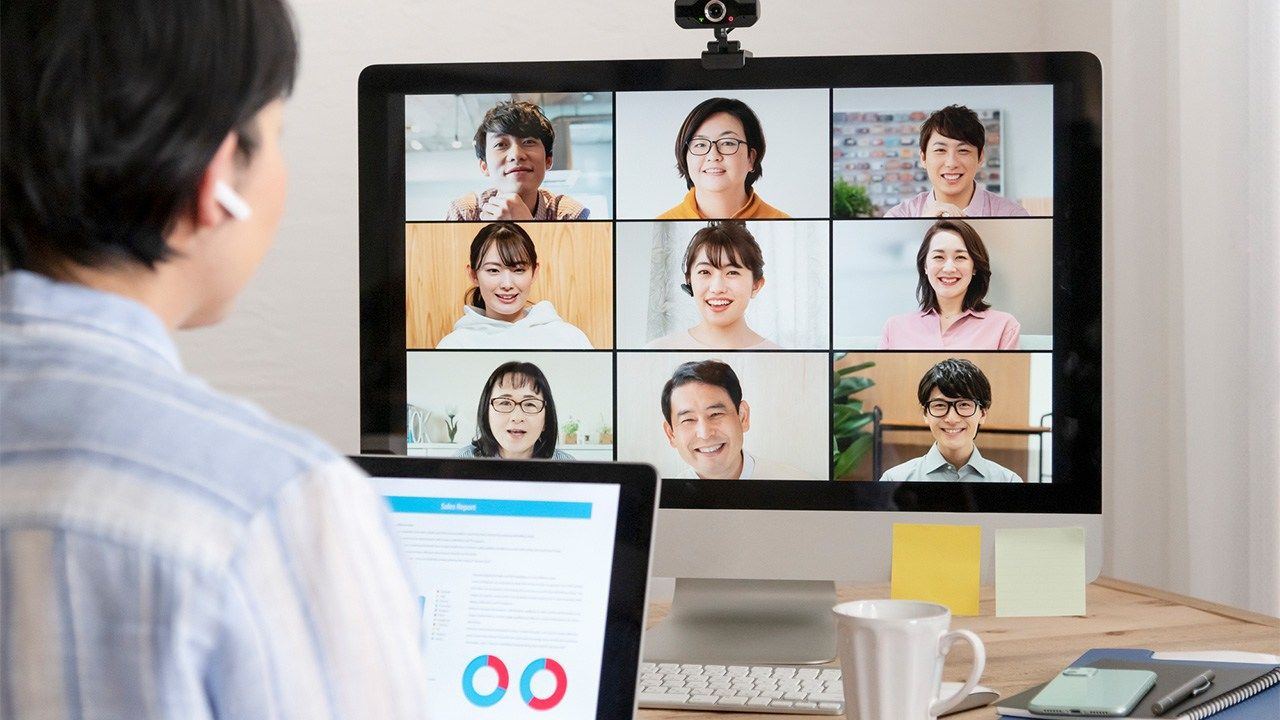 Society Lifestyle Jun 22, 2020
The shift to working from home in Japan has had a big impact on household electricity bills. An estimate based on a recent study suggested they rose by ¥3,500 on a monthly basis, an increase of 60%.

More working from home means higher electricity bills. A study conducted by Enechange, a Tokyo based operator of an energy price comparison website, revealed that household electricity consumption from nine in the morning to six in the evening rose by 94% after the COVID-19 state of emergency was declared on April 7, as compared to the period before the declaration. Electricity use for the entire day rose by 60%, with this adding up to what would be an average increase in electricity bills of ¥3,493 per month. Even after the state of emergency was lifted, the government and local authorities have been encouraging the active implementation of teleworking to avoid the “three Cs” of closed spaces, crowds, and conversations in close proximity. This means that while commuting expenses drop, household expenditure is expected to increase.

The study looked at data from 967 locations within the Tokyo Electric Power Company (TEPCO) grid on weekdays prior to the emergency declaration (April 2, 3, 6, 7) and after (April 8, 9, 10). It took the volume of electricity use per day to calculate monthly usage, and this in turn was converted to an electricity bill according to the general household fee charged by TEPCO. 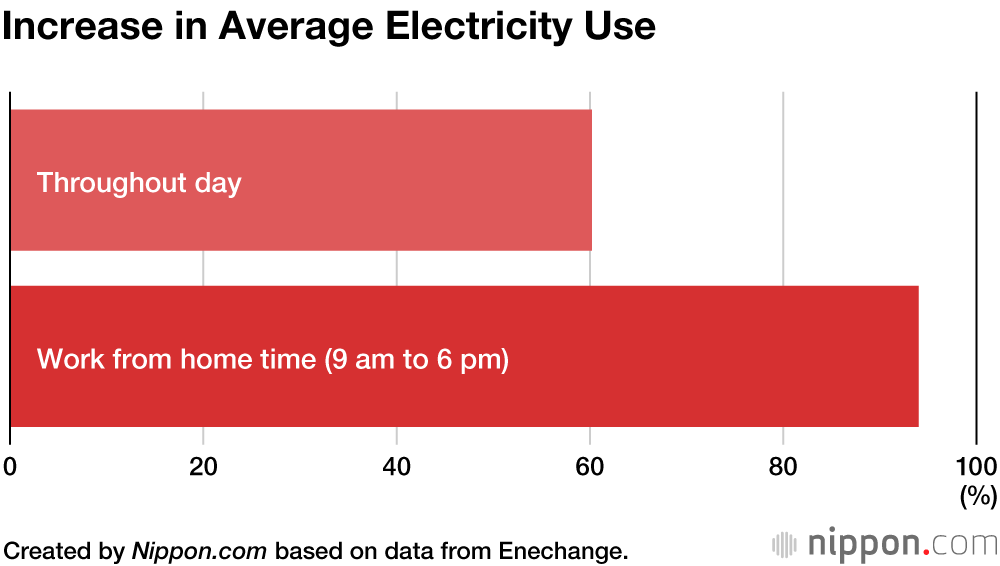 A May survey by Enechange targeting 1,885 users of its e-mail magazine found that 79% of them had increased time spent at home as a result of the COVID-19 measures of adopting working from home and temporarily closing schools and daycare centers. In addition, 58% of respondents said they felt that they were spending more on electricity than the previous year. 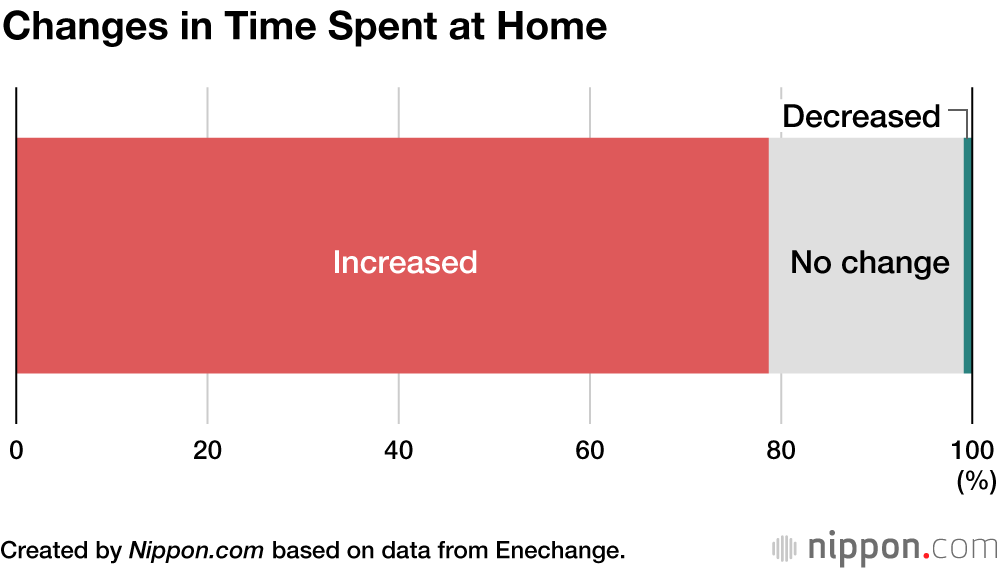 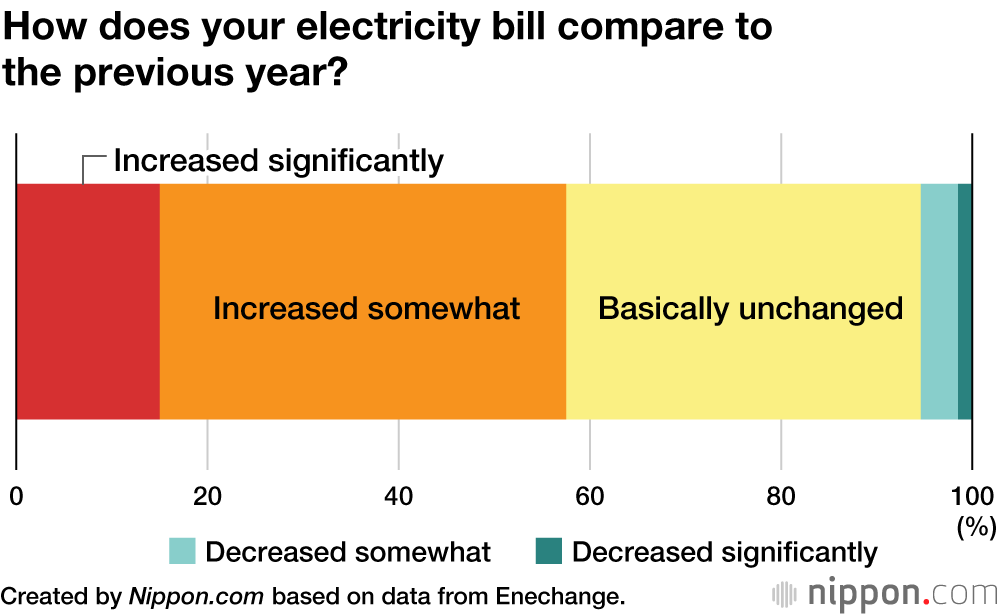 Factors underlying the perceived increase in electricity bills included the direct impact of the shift to working from home in terms of electricity used to power PCs and other devices, as well as the electricity costs associated with spending more time at home, such as increased use of home appliances and TVs. The survey was conducted in May, but with high summer approaching, use of household air conditioners is likely to soar, putting more pressure on household budgets. 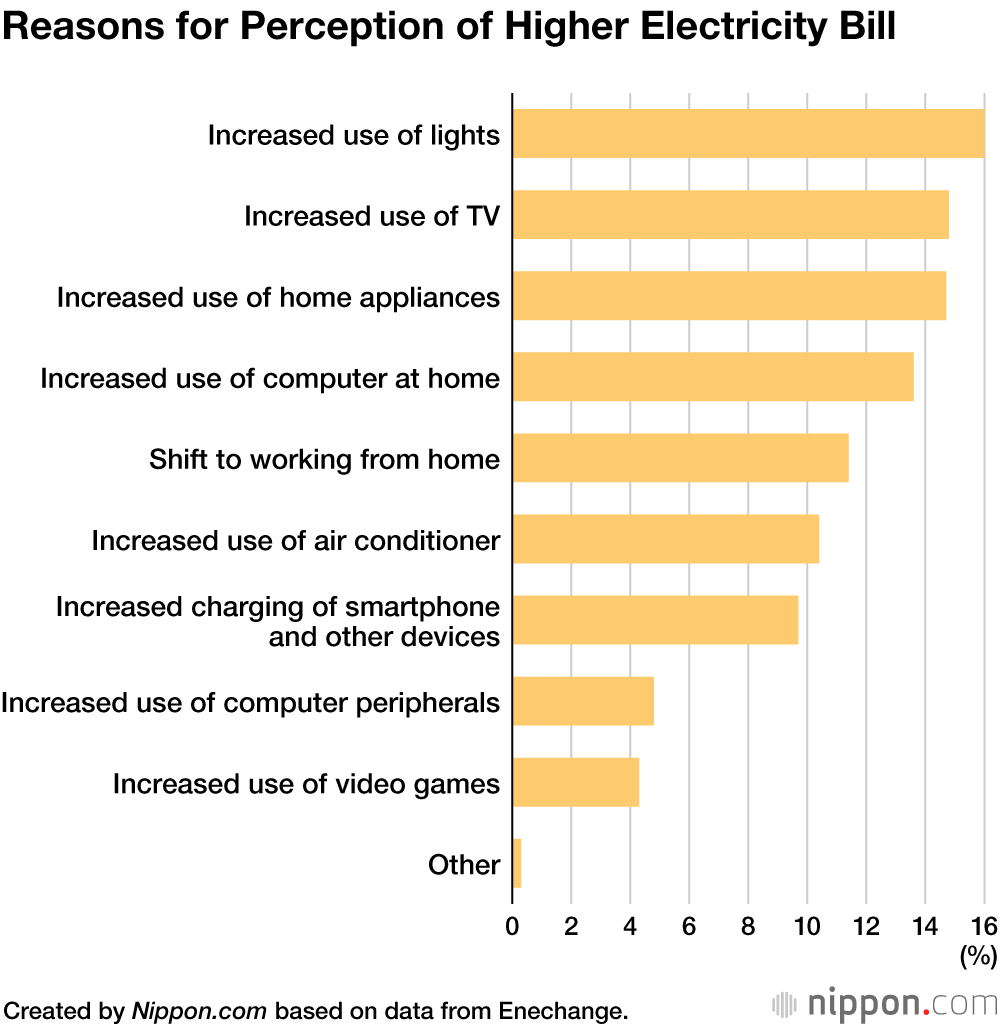