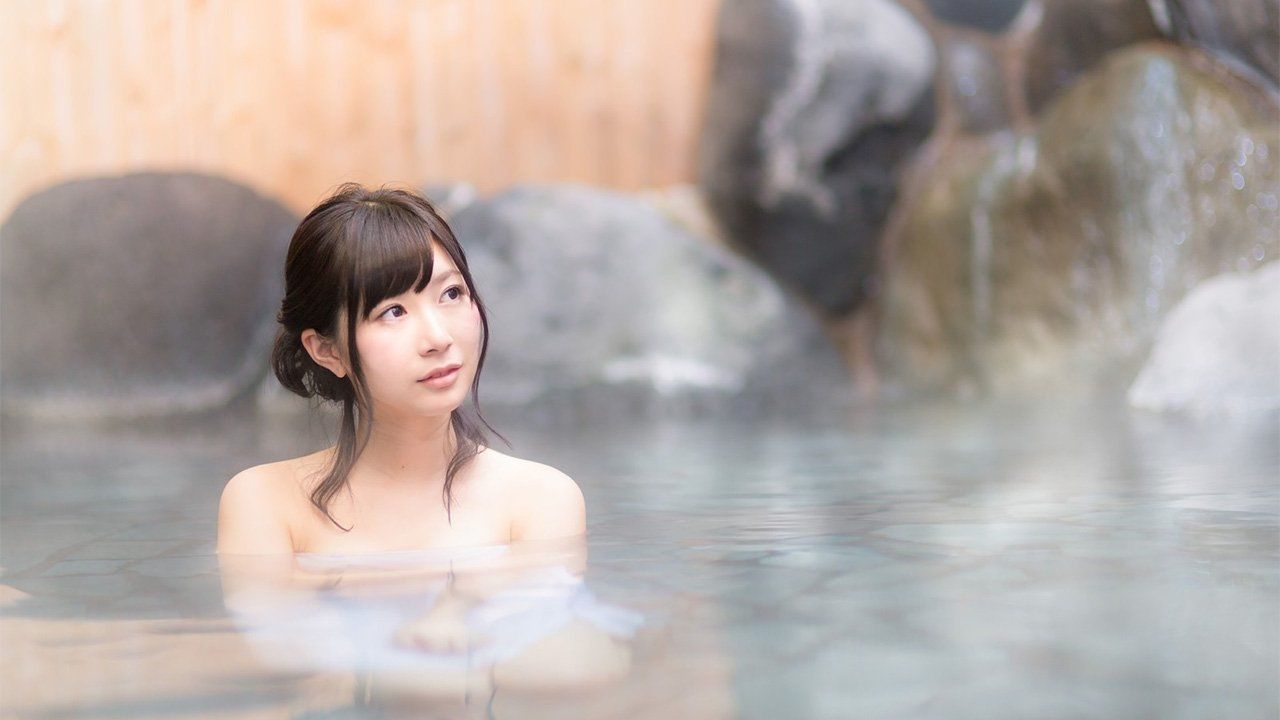 A survey conducted by research and consulting firm JD Power Japan asked people who had spent at least one night in Japan or the United States over the past year about their future travel plans.

The percentage of those surveyed who “have plans” to travel within the next six months for either business or personal reasons was 58% in Japan and 62% in the United States. Although the percentage was slightly lower in Japan, it still showed that over half of those in Japan planned to travel. 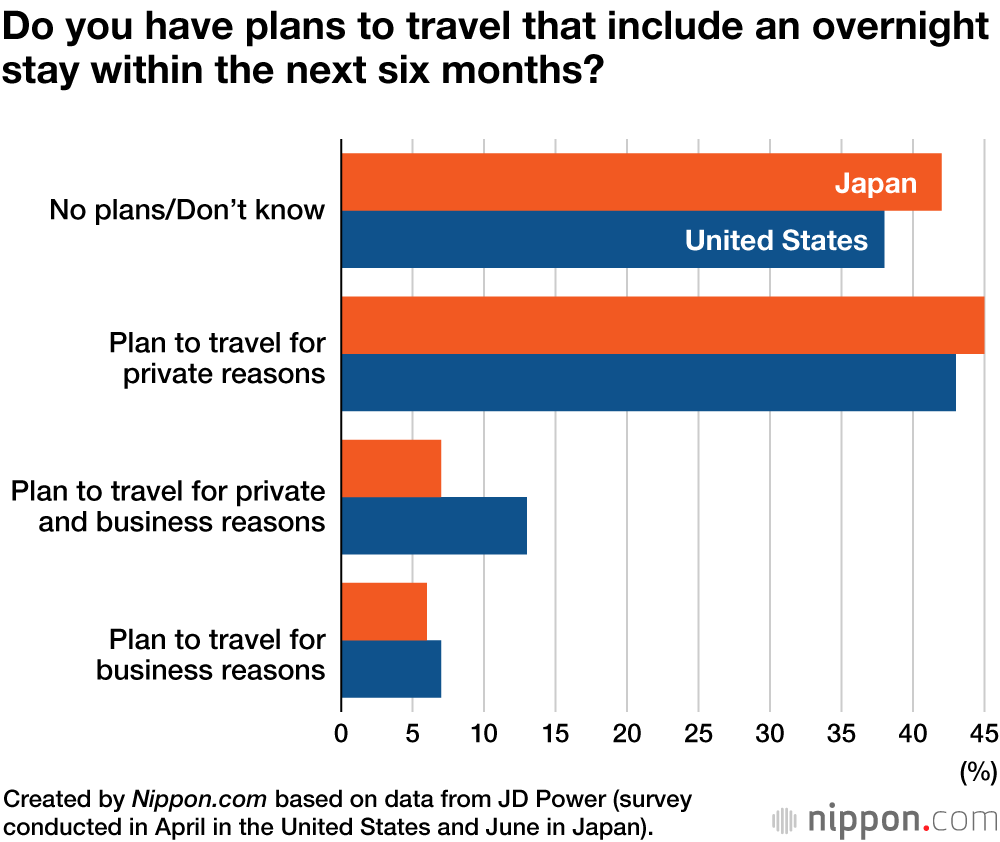 Among those who said they have no plans to travel within the next six months, Japanese respondents most commonly cited concerns about the spread of COVID-19 infections, at 68%, followed by 52% who said that they did not think that the restrictions on movement and the entering and exiting of countries would be eased because of the spread of infections. The results show that even after the lifting of the state of emergency within Japan, the concern about COVID-19 infections is having a negative influence on the desire to travel. Meanwhile, only 18% of the respondents said that they did not have the economic leeway to travel, as compared to 41% in the United States. This suggests that once concerns about infection have been dispelled, the demand for travel in Japan may surge. 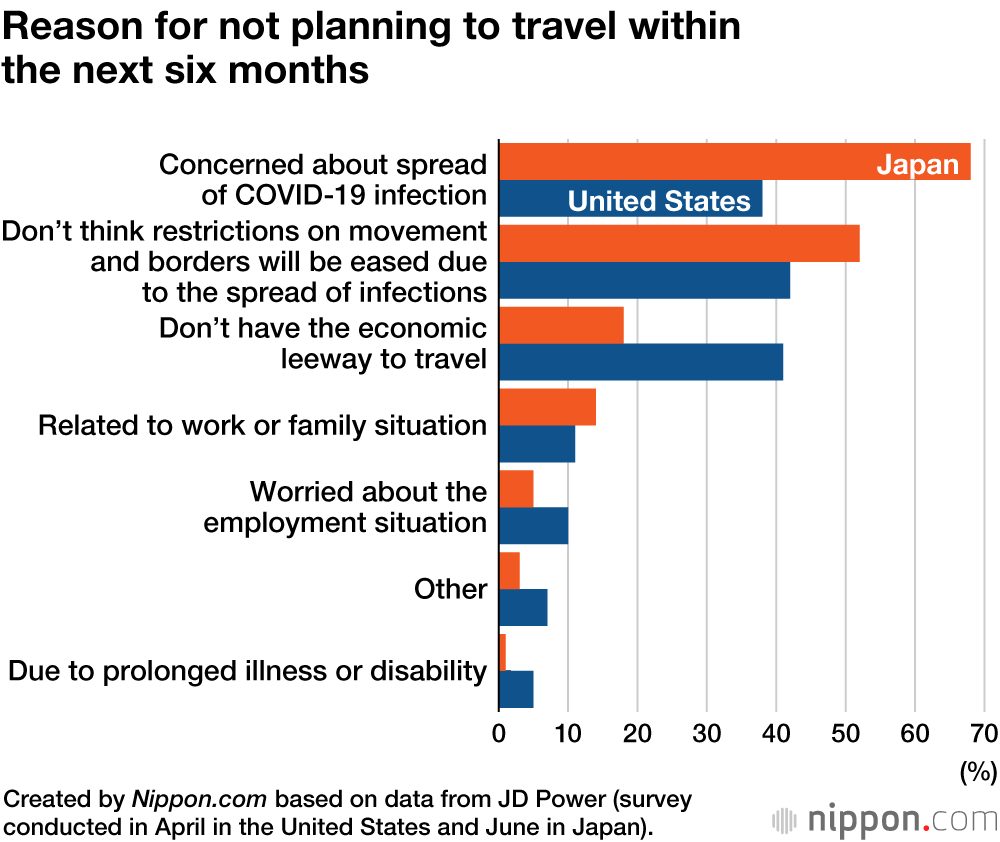 Those planning to travel within the next six months were asked whether they were concerned about COVID-19 infections. Among those in Japan, a total of 51% were either “extremely concerned” or “quite concerned,” 20 percentage points higher than the 31% in the United States. The percentage of those traveling for personal reasons who were concerned about infections was low, whereas in Japan around half of people traveling for either business or personal reasons described themselves as “concerned.” 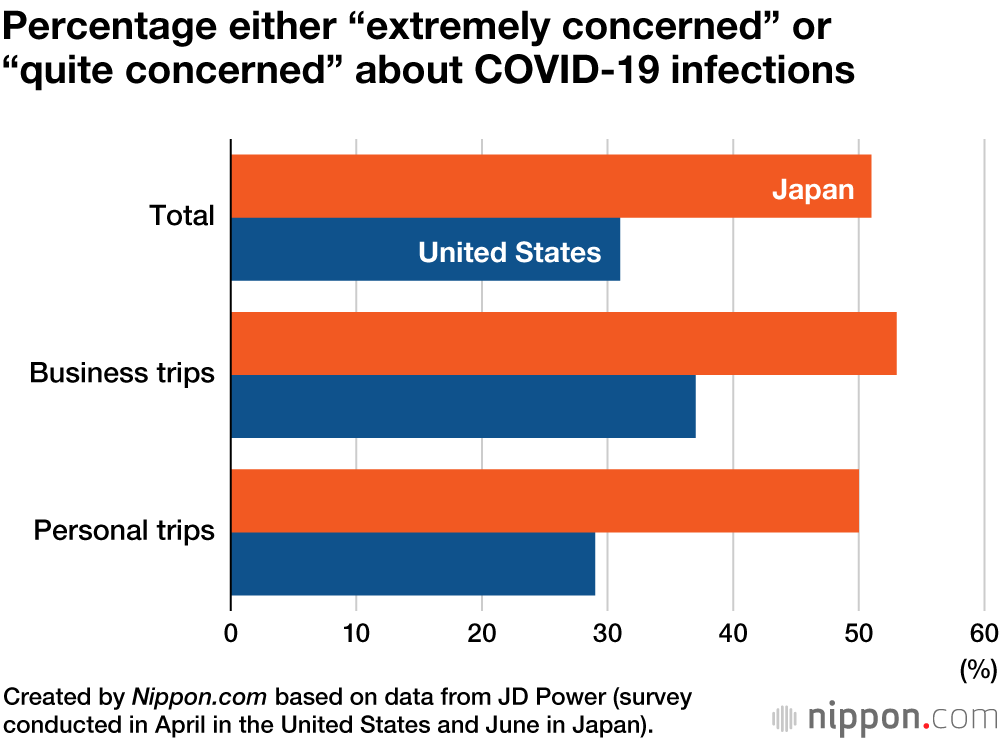 The survey was conducted in April in the United States, when the country was in the middle of an explosion of COVID-19 infections, whereas in Japan the survey was conducted in June, when the number of infections had dropped significantly and the government was planning to lift restrictions on travel between prefectures. The results reveal a relative caution among Japanese people.