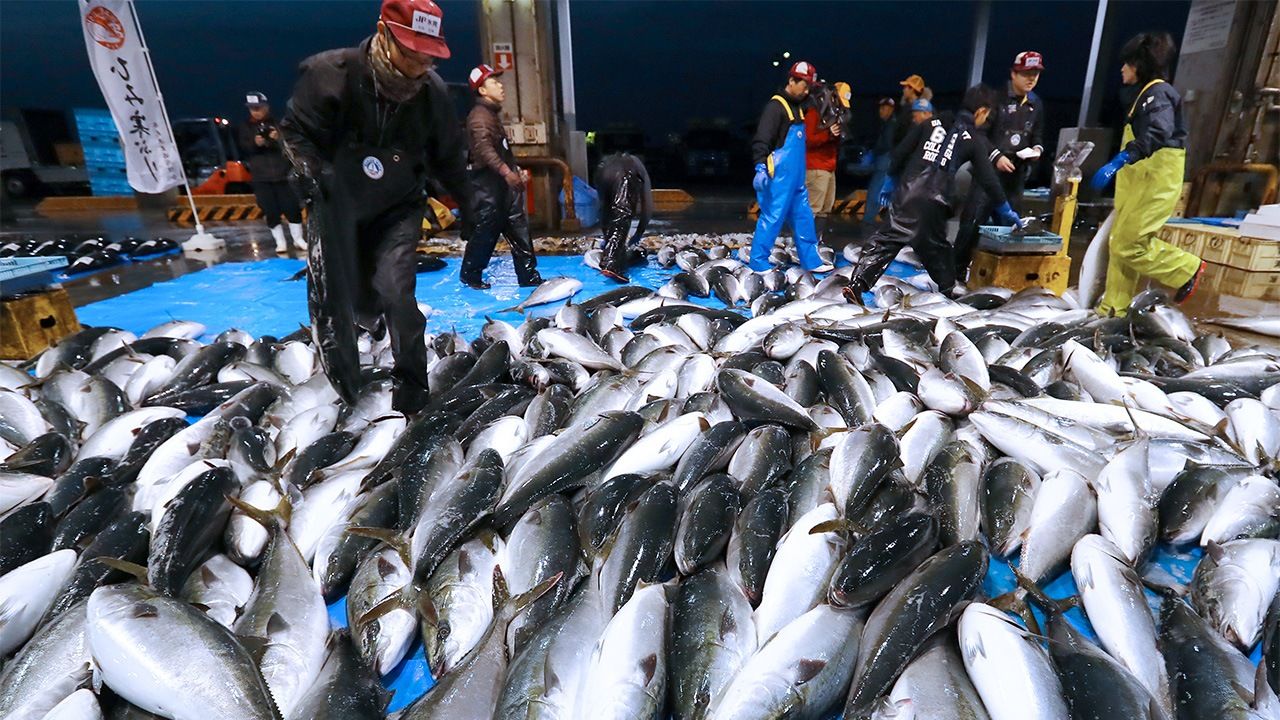 Fish No Longer the Main Dish in Japan?

Food and Drink Lifestyle Culture Economy Jul 15, 2020
Japan has an image of being a nation of people who love eating fish, but its supply of seafood depends on imports and consumption of fish is decreasing.

In 2018, Japan’s self-sufficiency rate for edible seafood rose by 3 points from the previous year to 59%. The rate peaked at 113% in 1964, when almost all seafood was domestically sourced. Since then, it has gradually fallen and in recent years has remained around 60%.

The fish sections at Japanese supermarkets include mackerel from Norway, salmon from Russia and Chile, octopus from Mauritania, and shrimp from Indonesia. Seafood essential to Japanese cuisine is now being imported from around the world. 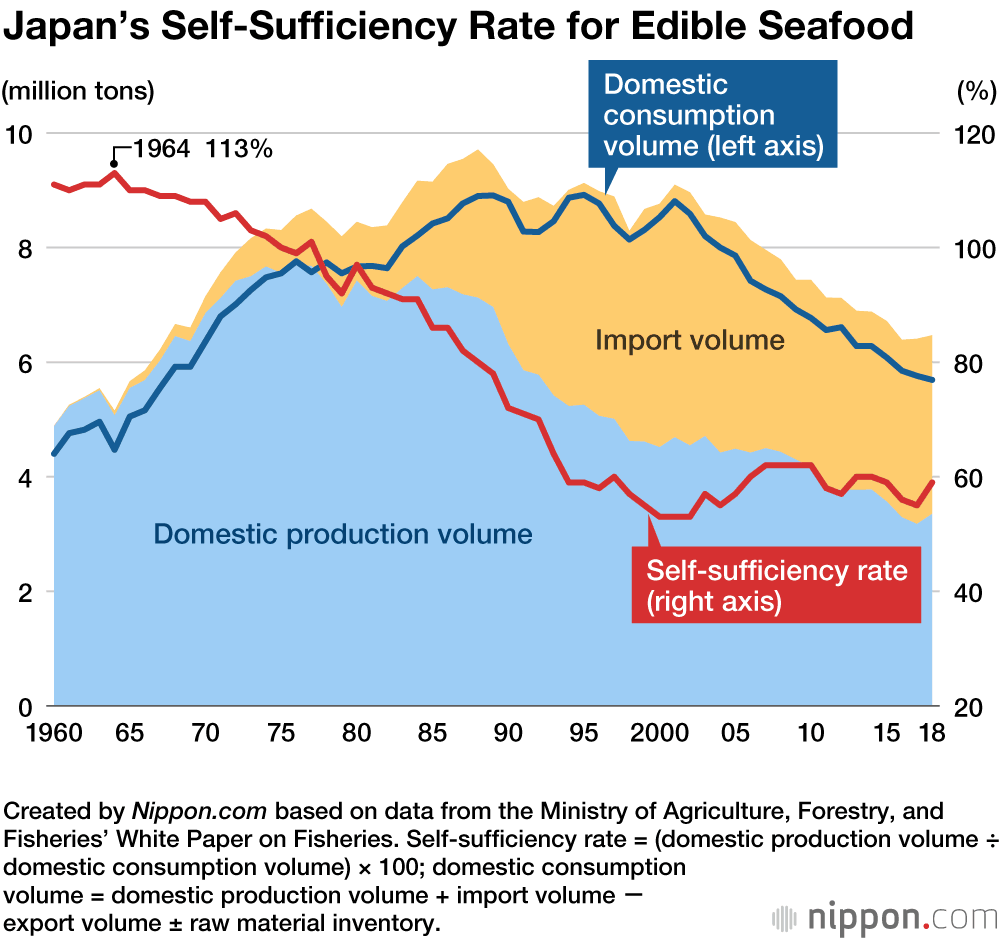 Meanwhile, the Ministry of Agriculture, Forestry, and Fisheries’ Food Balance Sheet shows that in 2001 the annual per capita consumption of edible seafood peaked at 40.2 kilograms, while in 2018 this was down to 23.9 kilograms. Individual consumption of protein is not falling though and while the consumption of seafood is decreasing, meat consumption is now supplementing people’s protein intake. The strong image people have of Japan as a nation of fish eaters is gradually fading. 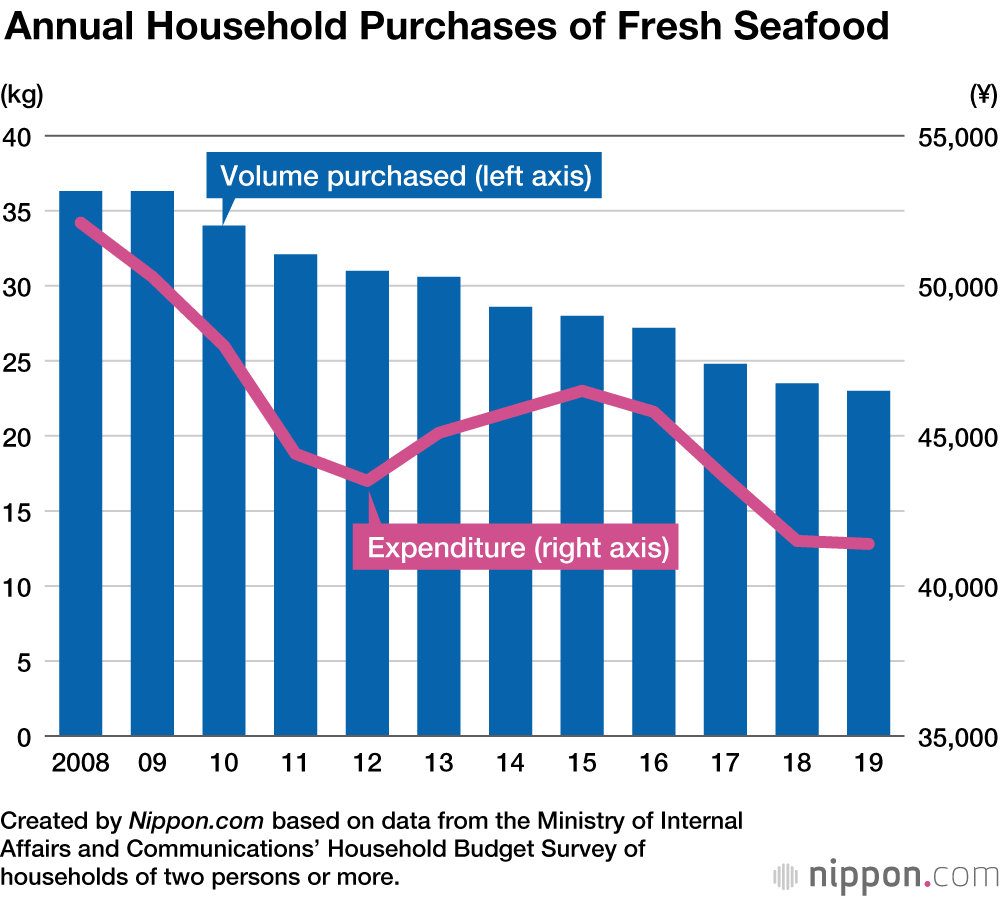