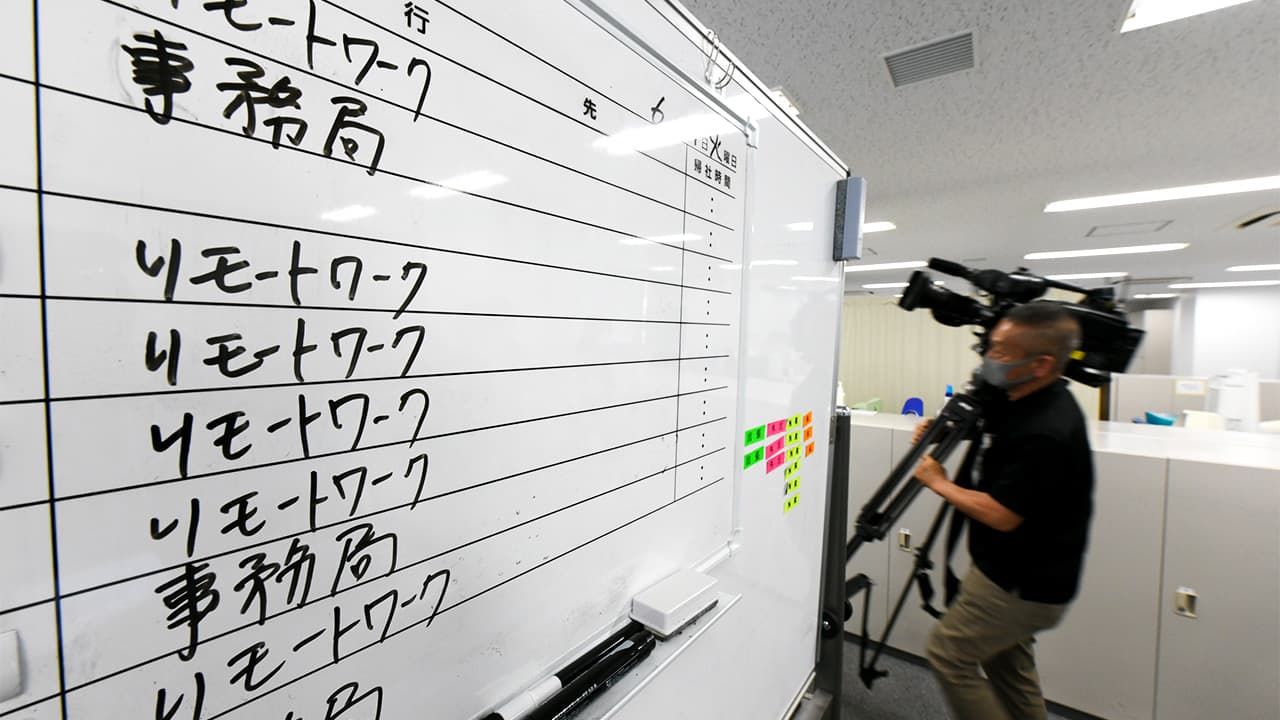 A public-opinion survey conducted by the strategic communications firm Kekst CNC found that Japan’s government and political leadership ranked lowest among its citizens for its COVID-19 response among six countries. The company said that the low rating reflects dissatisfaction with the level of support given to companies and unease about the economic future.

The survey was conducted in early June, targeting 1,000 people aged 18 or older in Britain, France, Germany, Japan, Sweden, and the United States, who were asked to evaluate their own country’s response to the COVID-19 crisis. Scores were calculated based on the number of people holding positive and negative views.

Prime Minister Abe Shinzō ranked worst among the six national leaders, with a score of −33 points, while US President Donald Trump was the second worst at −20 points. Germany’s chancellor, Angela Merkel, was the top-rated leader, with 48 points. The governmental response of Japan as a whole was also rated the lowest, at −17 points, far behind the 54 points of the top-rated German government. 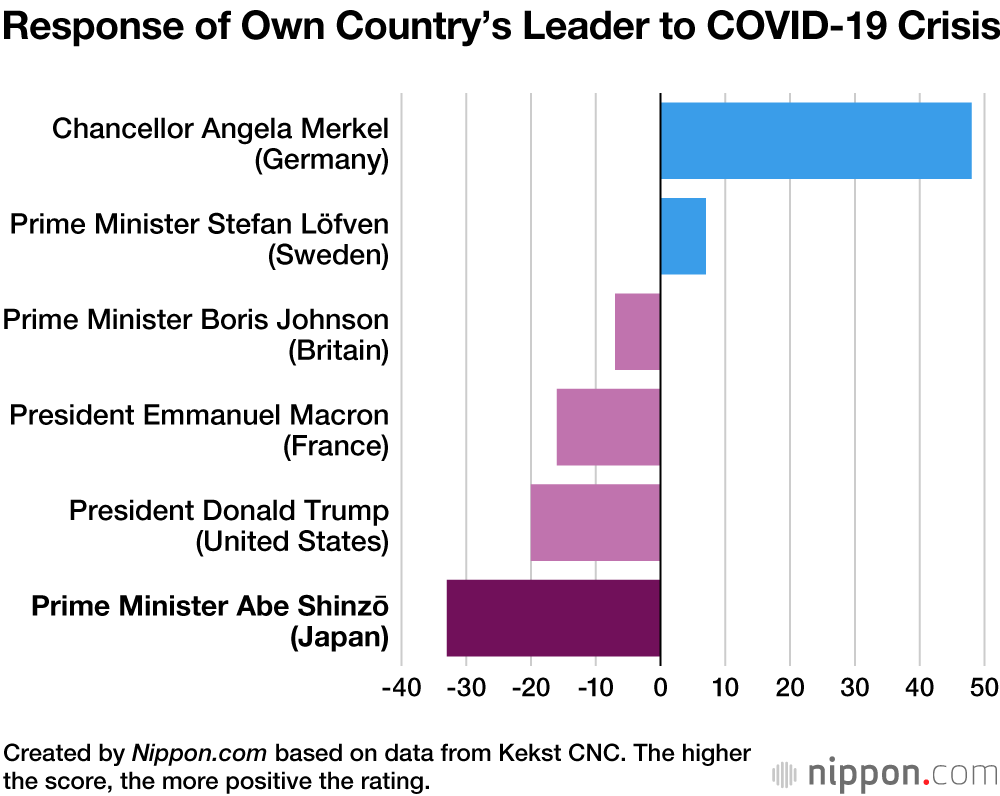 In Japan, there have been delays in the provision of government subsidies to small and medium-sized firms whose revenue has fallen amid the crisis, and the government has been criticized in the Diet for lack of clarity in outsourcing of tasks. The survey found that only 20% of the respondents in Japan felt that their government was providing necessary support to businesses, the lowest rating among the six countries surveyed, and considerably lower than the 38% approval for the second lowest rated country, the United States. The highest rated country for this category, with a 63% approval rating for its business support, was Britain.

Japan also had the highest level of concern among people expecting to lose their job. This was cited by 32% of the respondents, compared with 20% or lower among respondents in the other five countries.

(Translated from Japanese. Banner photo: Whiteboard inside the Service Design Promotion Council, which has been at the center of criticism for its role in the outsourcing of sustainability subsidies, shows that many of its staff are currently engaged in telework. © Jiji.)