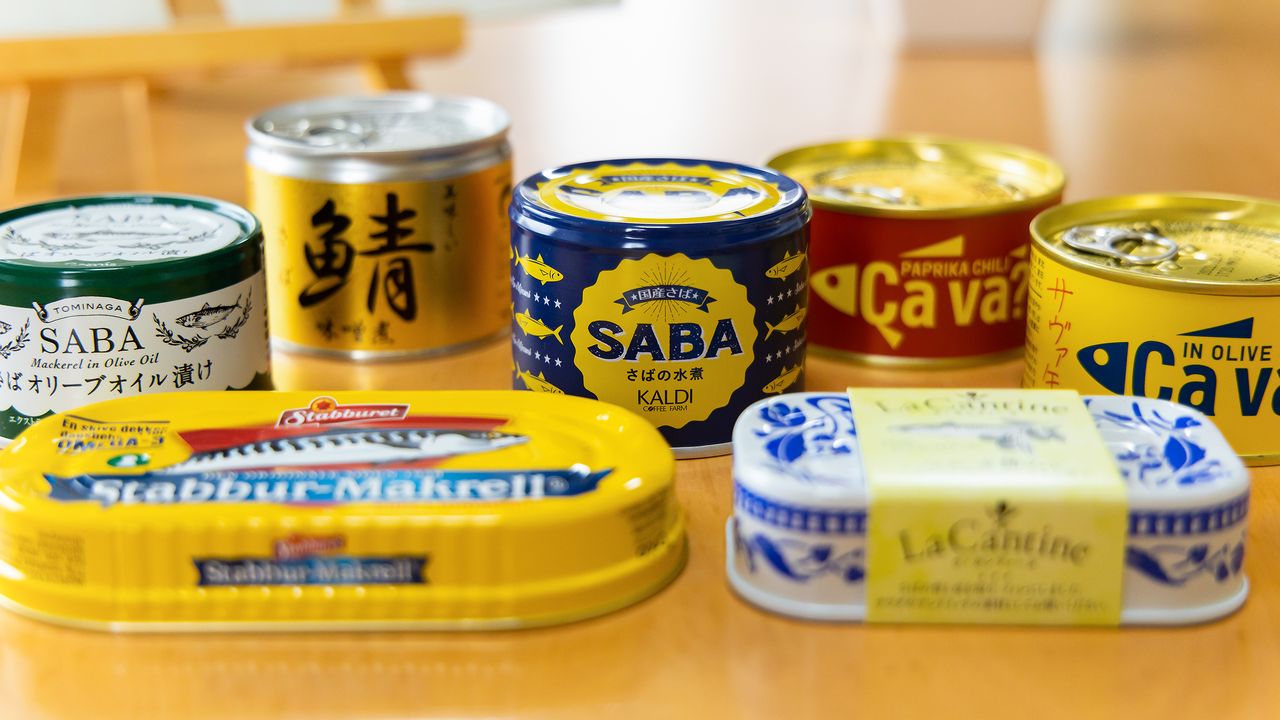 Lifestyle Economy Food and Drink Jul 29, 2020
Stylish package designs have improved the image and popularity of canned mackerel in Japan.

Talk about canned fish in Japan, and there was a time that most people would think of tuna. It was always in kitchen cupboards, could be used in everything from sandwiches to topping on salad, and was usually one of the specially promoted items in supermarket sales. This changed, however, in around 2014. Since then, canned tuna has slowly fallen in production, while canned mackerel has shot into the lead.

The launch of the “Ça va? Can” brand in 2013 played a large part in this change. It uses domestic mackerel caught in the Sanriku region, Iwate Prefecture, an area which suffered huge damage in the 2011 Great East Japan Earthquake. Its name puns on the Japanese word for mackerel, saba, which sounds very like the French phrase Ça va? (how’s it going?). The stylish, eye-catching design of a blue mackerel against a bright yellow background, together with the basic, easy-to-use contents of mackerel marinated in olive oil, soon captured shoppers’ attention. It completely overturned the dreary image of canned mackerel as just an accompaniment to cheap alcohol or for when money was tight before payday.

The release prompted competitors to improve their own packaging. A whole array of stylish canned mackerel products is now on display at supermarkets, and they stand out for their design among other canned goods. 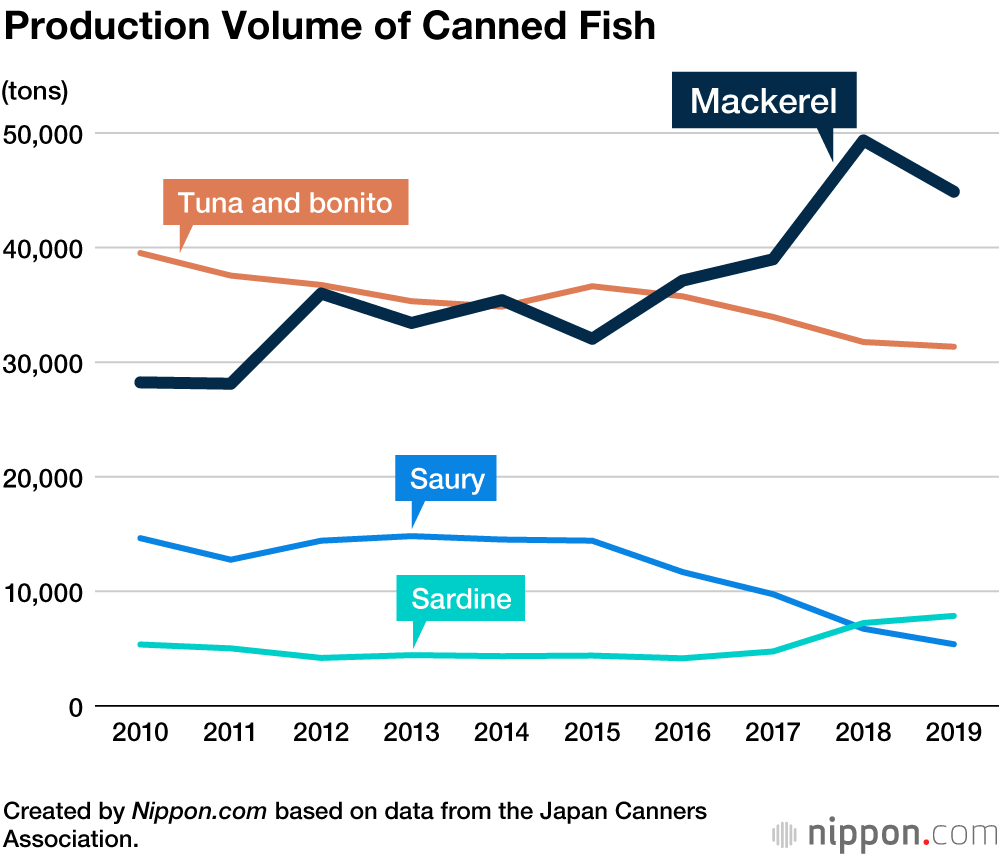