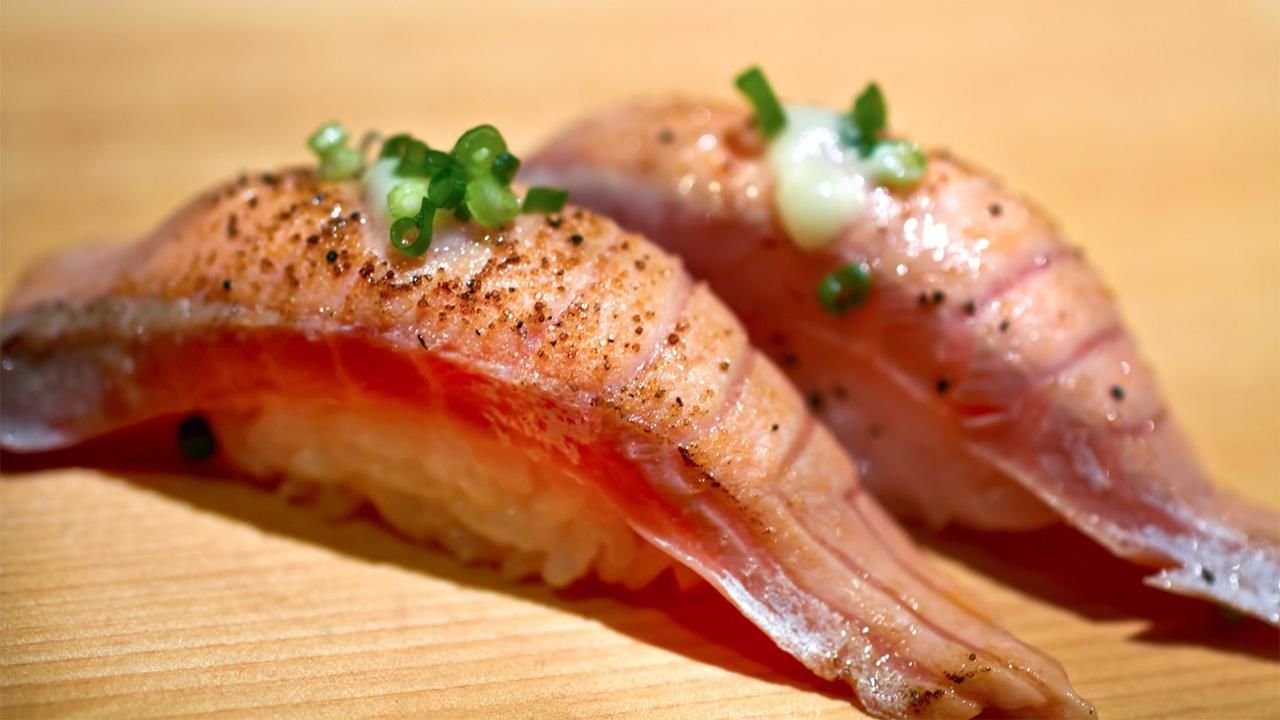 Food and Drink Aug 12, 2020
A survey found that tasty and reasonably priced salmon was the topping most people chose at conveyor-belt sushi restaurants.

The first kaiten-zushi (conveyor-belt sushi) restaurant to open in Japan was Mawaru Genroku Sushi in Higashiosaka in April 1958. More than 60 years later, reasonably priced kaiten-zushi has become an indispensable part of life for Japanese people of all ages and some toppings have become firm favorites.

The seafood company Maruha Nichiro recently conducted its 2020 consumer survey on kaiten-zushi, targeting 13,595 men and women aged between 15 and 59 nationwide. When respondents were asked if they preferred to eat sushi at a restaurant or buy it to eat at home (multiple responses), an overwhelming 77.4% replied that they ate at kaiten-zushi restaurants. 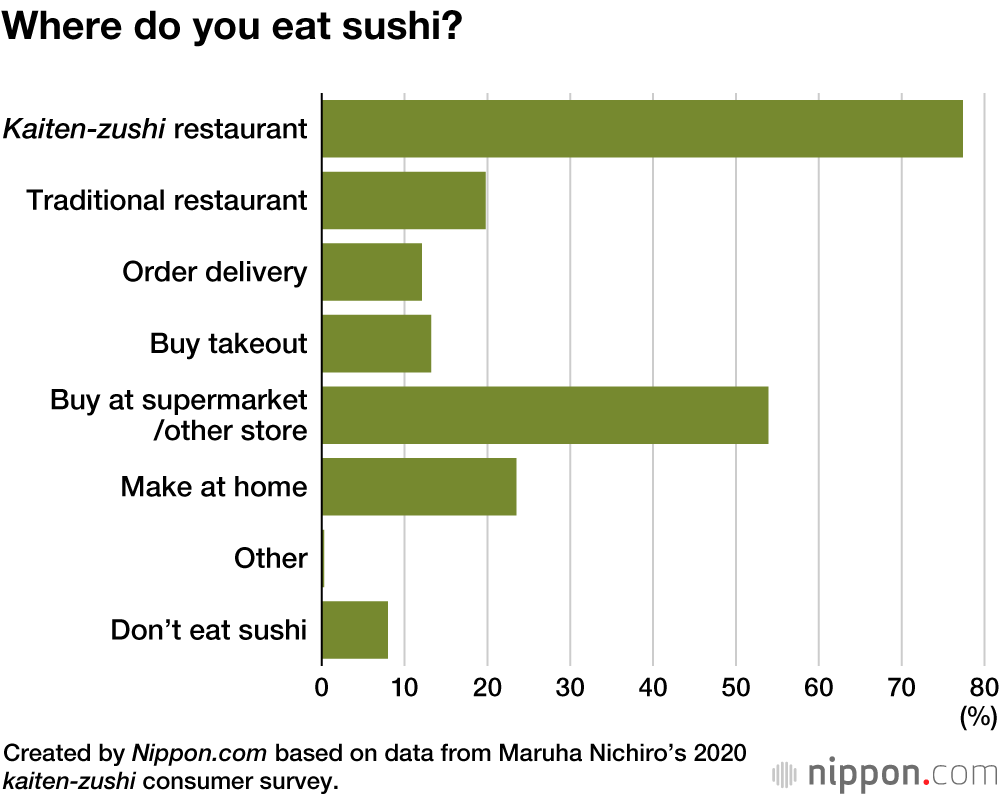 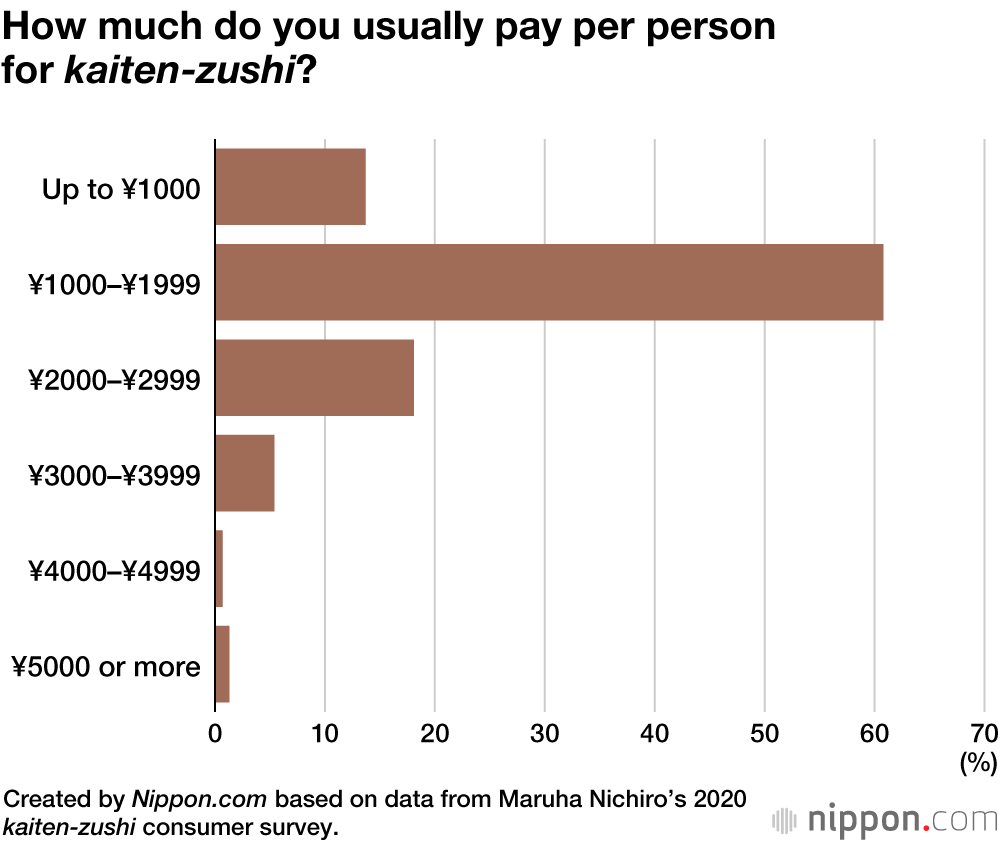 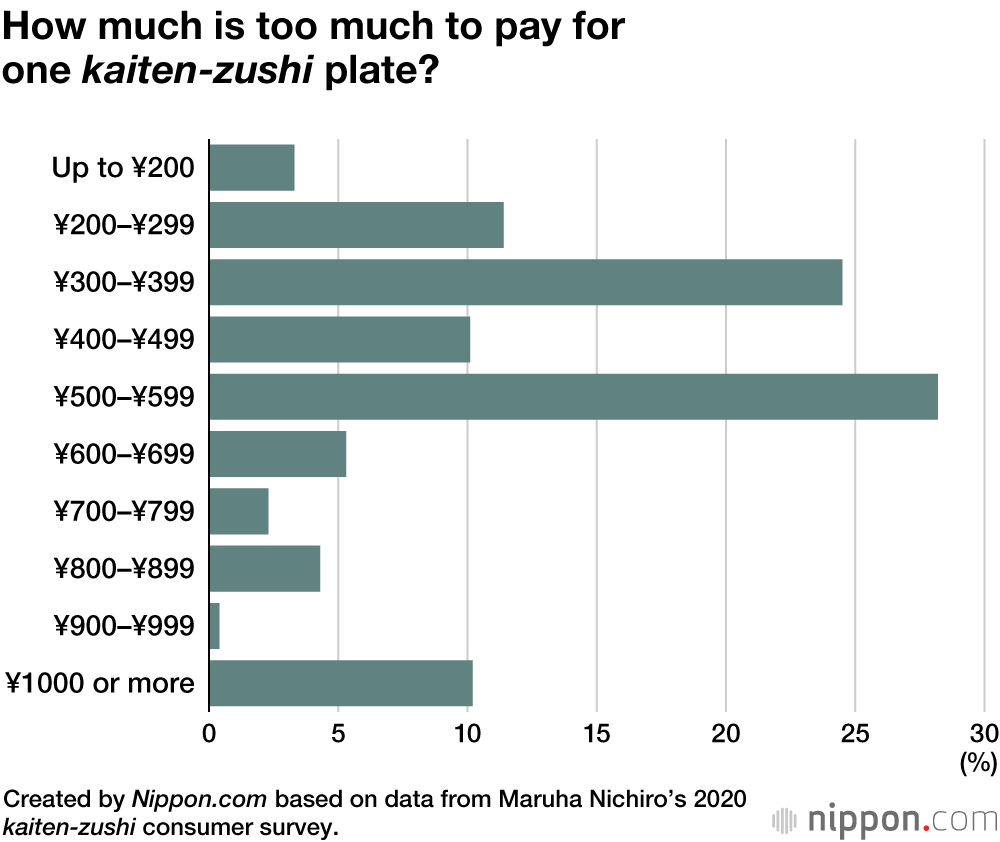 Regarding toppings that people ate the most, 47.3% answered salmon, well ahead of akami (lean tuna) in second place with 33.5%. Salmon has remained top choice for the last nine consecutive years since the 2012 survey. On the other hand, people often refrain from eating expensive toppings like ōtoro (fatty tuna), chūtoro (medium fatty tuna), uni (sea urchin), and awabi (abalone).

Interestingly, salmon placed number one for both the sushi topping people eat first and the one that they like to end the meal with. It seems that people are not eating salmon just because their favored choices are more expensive, but rather that it has established itself as a firm favorite with consumers.

Favorite Topping to End the Meal

When respondents were asked if they were more likely to pick dishes that circulated on the belt or those they ordered to be specially prepared, 73.8% said they liked to have the sushi prepared for them. Even when opting for the convenience of kaiten-zushi, having the sushi freshly prepared makes it more delicious. Women, in particular, showed a focus on taste, with 80% preferring to order specially. 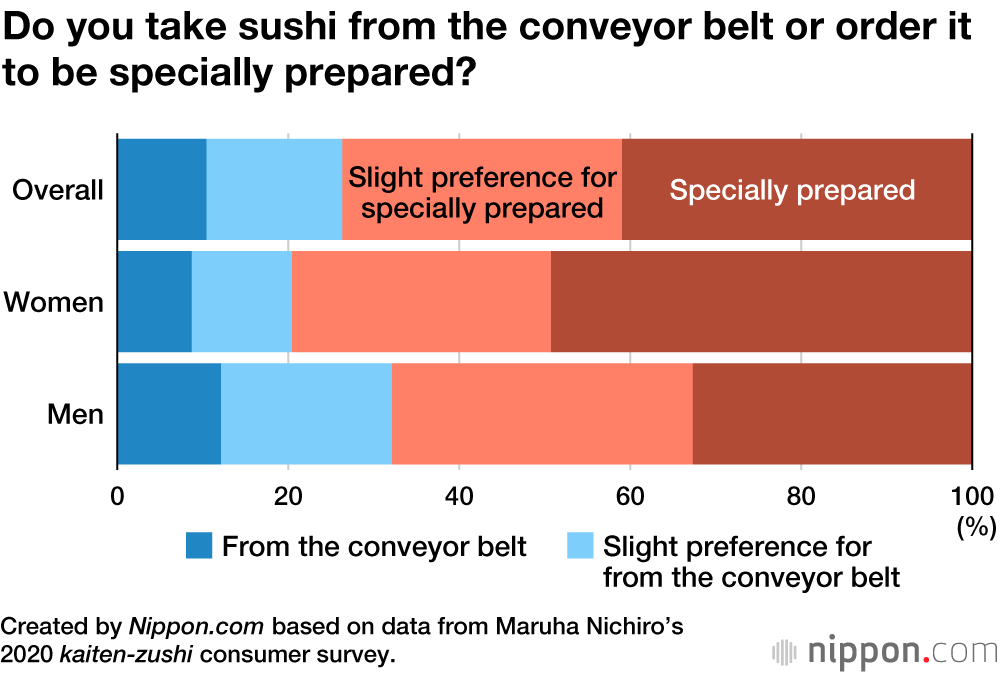