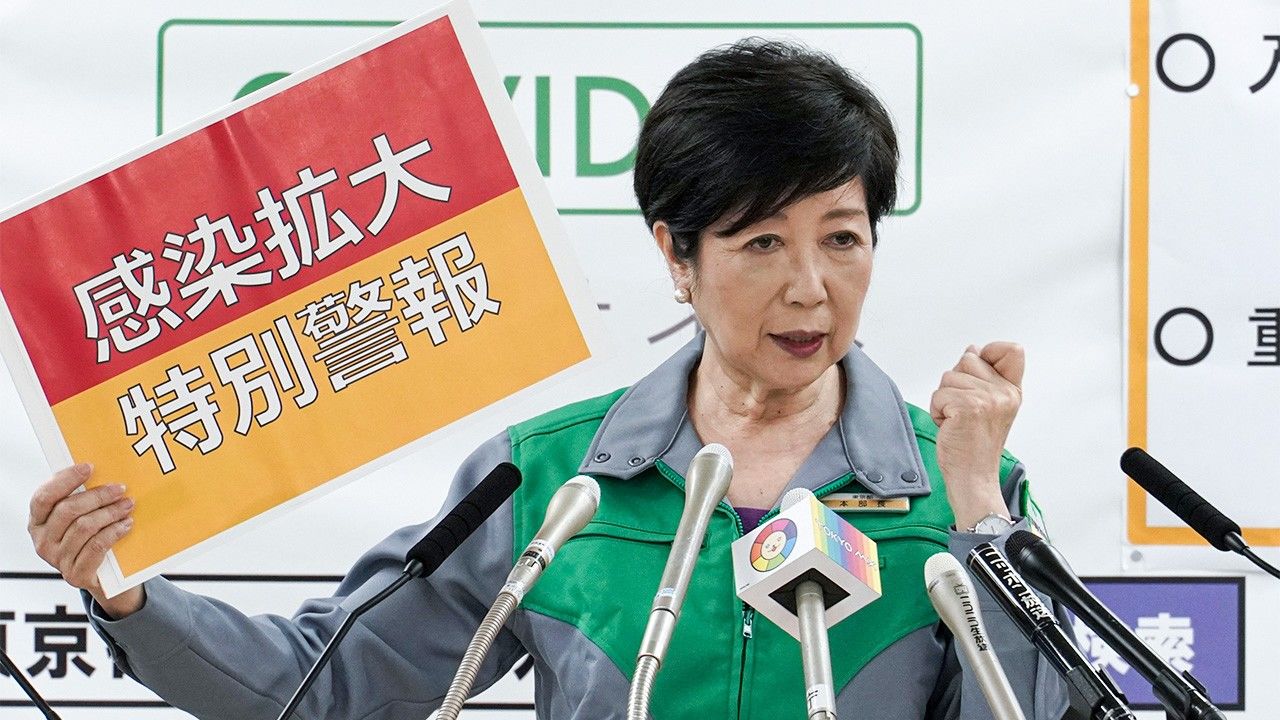 Health Society Economy Aug 4, 2020
The spread of COVID-19 accelerated in Japan in July, as the nation reported almost half of its total cases to date during the month.

The COVID-19 pandemic has dominated global headlines this year in a way that seemed unimaginable when the first reports of pneumonia patients with an unknown virus in Wuhan, China, emerged at the end of 2019. As of the end of July, there have been 17 million cases and 670,000 deaths worldwide. At that point, the United States had the most cases with 4.5 million, followed by Brazil with 2.6 million and India with 1.6 million.

Japan had a cumulative total of 34,372 infections as of July 31, according to figures published by the Ministry of Health, Labor, and Welfare, a relatively low figure by global standards. However, as the chart of cumulative infections shows, there has been clear acceleration in the growth of cases during July. On each of the last three days of the month, more than 1,000 new cases were reported nationwide. 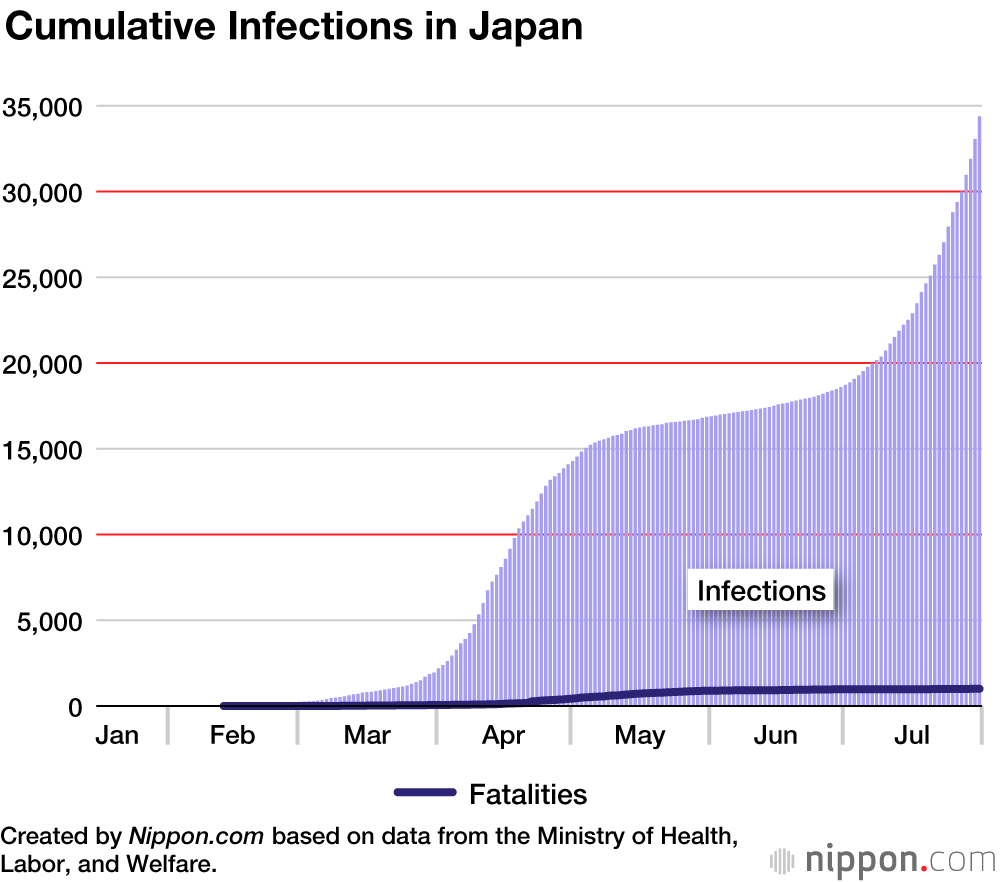 Tokyo’s figures follow this overall trend. The metropolis had recorded 12,691 cases as of July 31, of which 6,466, or more than half, were reported in July. In the second half of the month, there were numerous days with over 200 cases, and a few with over 300. The graph shows the increasing speed in the spread of infection. 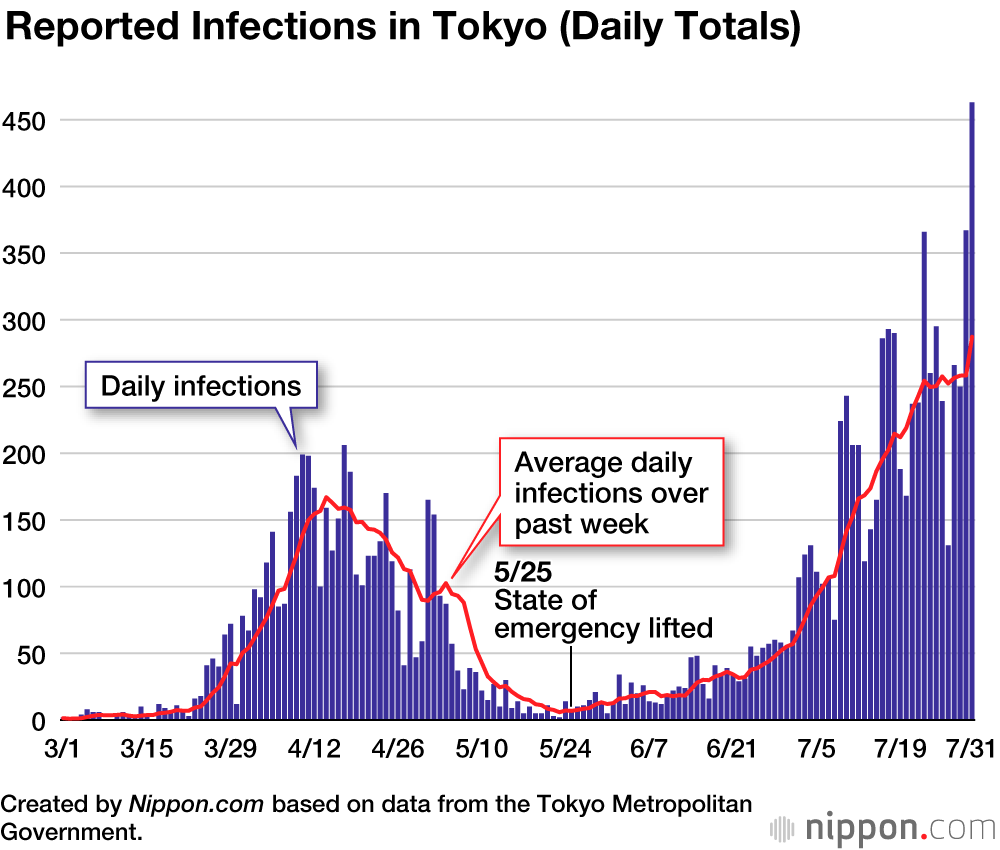 The Tokyo Metropolitan Government uses the ratio of positive PCR tests as one of its monitoring benchmarks. This too is rising. From around mid-May to mid-June, it remained in the 1%–2% range, but it has since increased, and as of July 29, it had reached 6.6%. 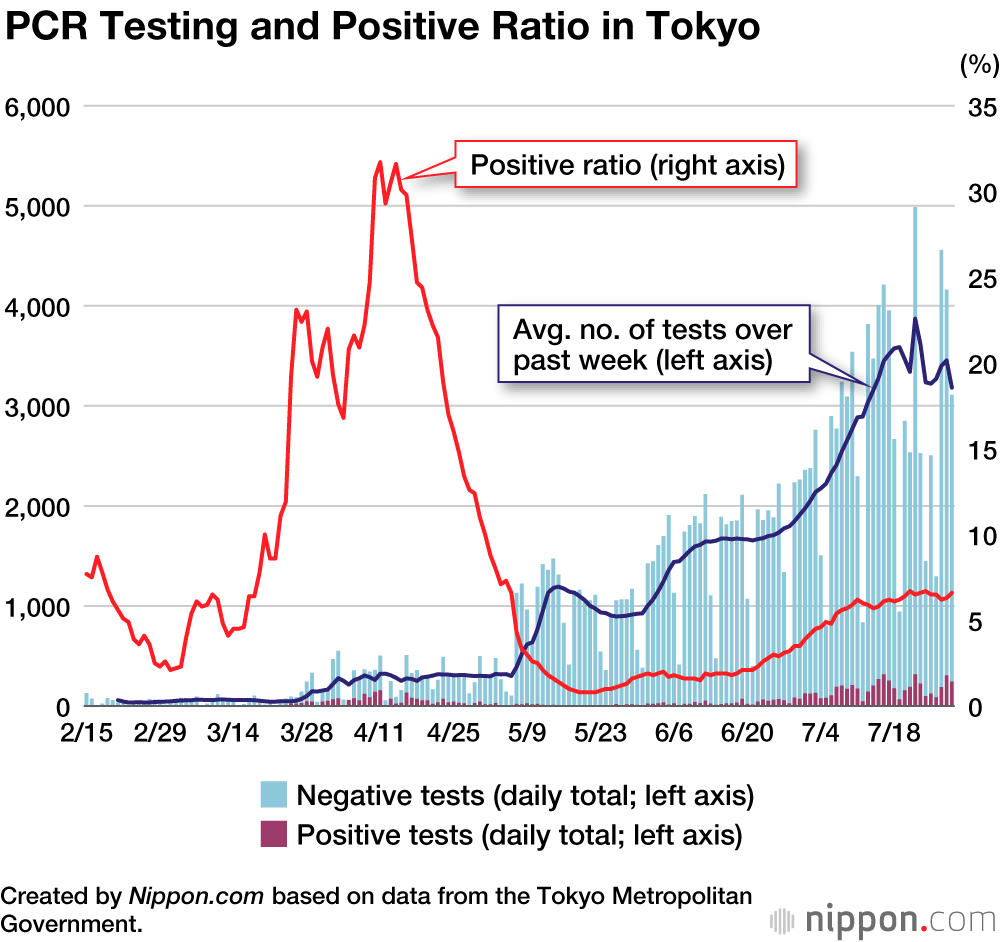 Tokyo Governor Koike Yuriko suggested at a July 31 press conference that as infections continued to increase, if strain on medical services increases, it might be necessary for the metropolis to independently declare a state of emergency. She also called on residents to refrain from making unnecessary trips during the summer, saying that it was not the time to loosen restrictions.