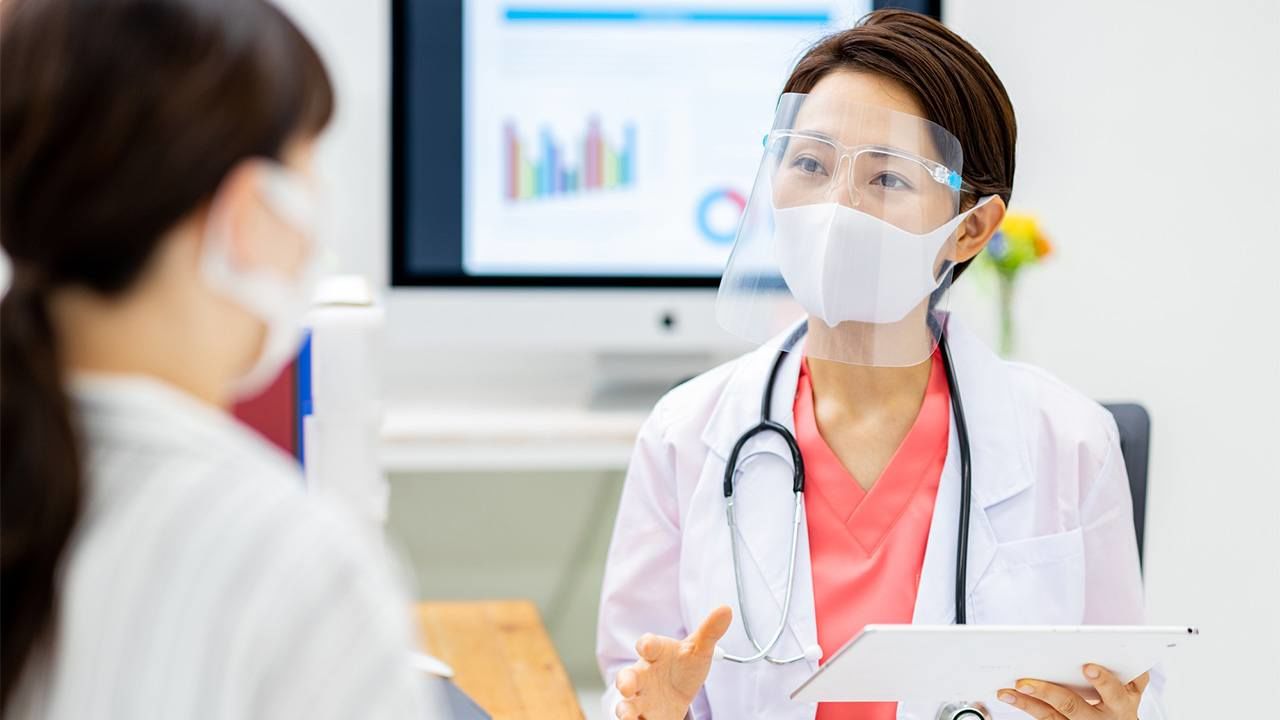 Health Society Lifestyle Economy Sep 17, 2020
Even hospitals that are not treating COVID-19 patients have seen drops in the number of people hospitalized and major changes in the working environment.

The consulting firm Global Health Consulting Japan analyzed diagnostic data from 544 large hospitals nationwide for a study on the COVID-19 pandemic’s impact on hospital management. The number of hospitalized cases fell by 21.7% year-on-year on average nationwide for the month of May, but June saw a partial recovery, with a year-on-year decrease of 14.0%.

The decline in hospitalization for cancer cases involving malignant tumors that normally require immediate treatment continued in June. Hospitalization for lung cancer, which has the largest number of cases among the three major forms of cancer, decreased by 1.4 percentage points in June compared to the previous month, for a year-on-year decrease of 8.2%. Gastric cancer cases were down 19.6% year on year in June, 8.0 percentage points lower than in May; while cases of colorectal cancer (including cancer of the appendix) decreased 4.1 percentage points in June as compared to May, for a year-on-year decrease of 9.8%.

GHCJ noted the following: “The factors that had prevented hospitals from consulting with patients in order to concentrate resources on COVID-19, which had led patients to avoid visiting hospitals for consultations, have become less serious. The number of hospitalized cases has been returning to normal. However, the pandemic may have caused people to delay surgery, screening, and tests for cancer, which may have led to the decrease in hospitalization cases several months later.” 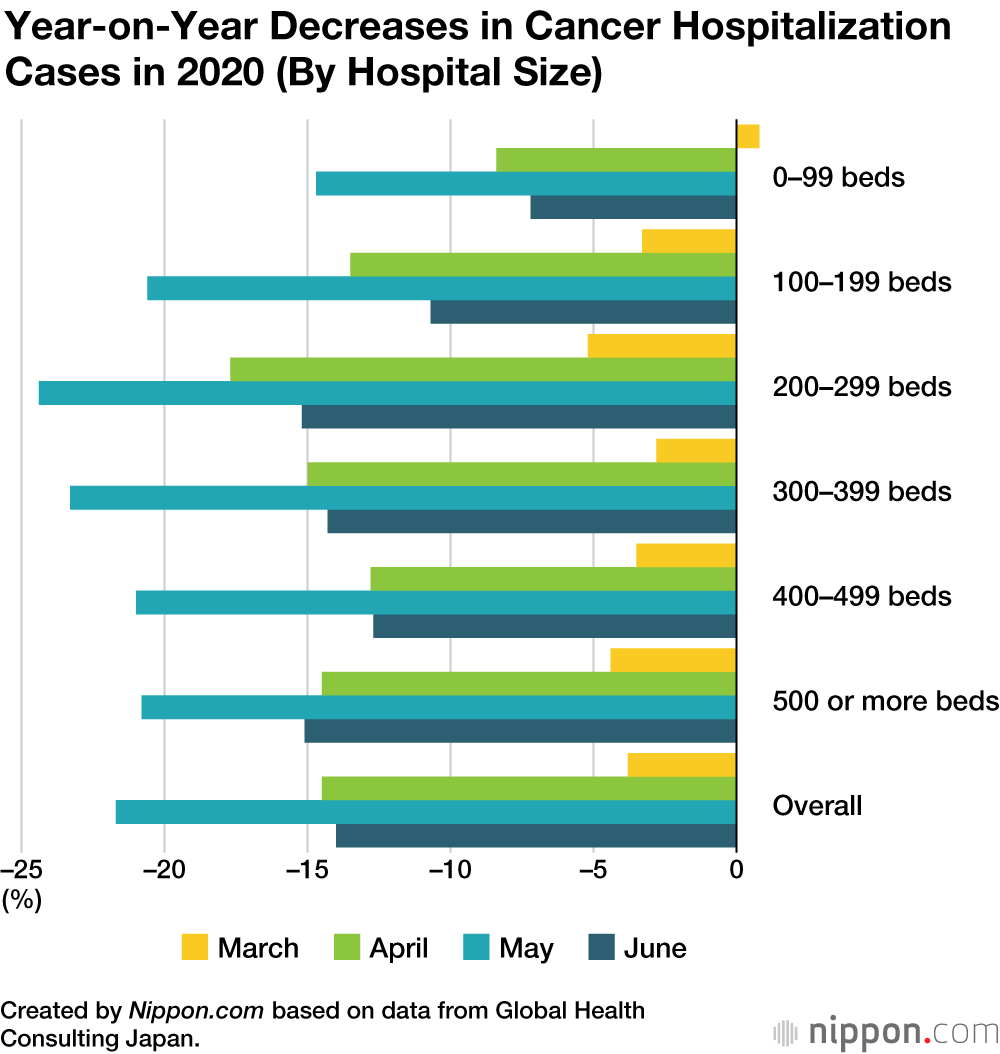 A survey of hospitals conducted in August, as the number of COVID-19 patients nationwide began to increase again, brought to light how the situation is becoming even more chaotic at the medical workplace. For the same survey in July, 24.7% of the respondents said that the situation was either still “a little chaotic” or “very chaotic” in response to the question of whether the impact of COVID-19 has leveled off. For the August survey, that percentage doubled to 50.9%. 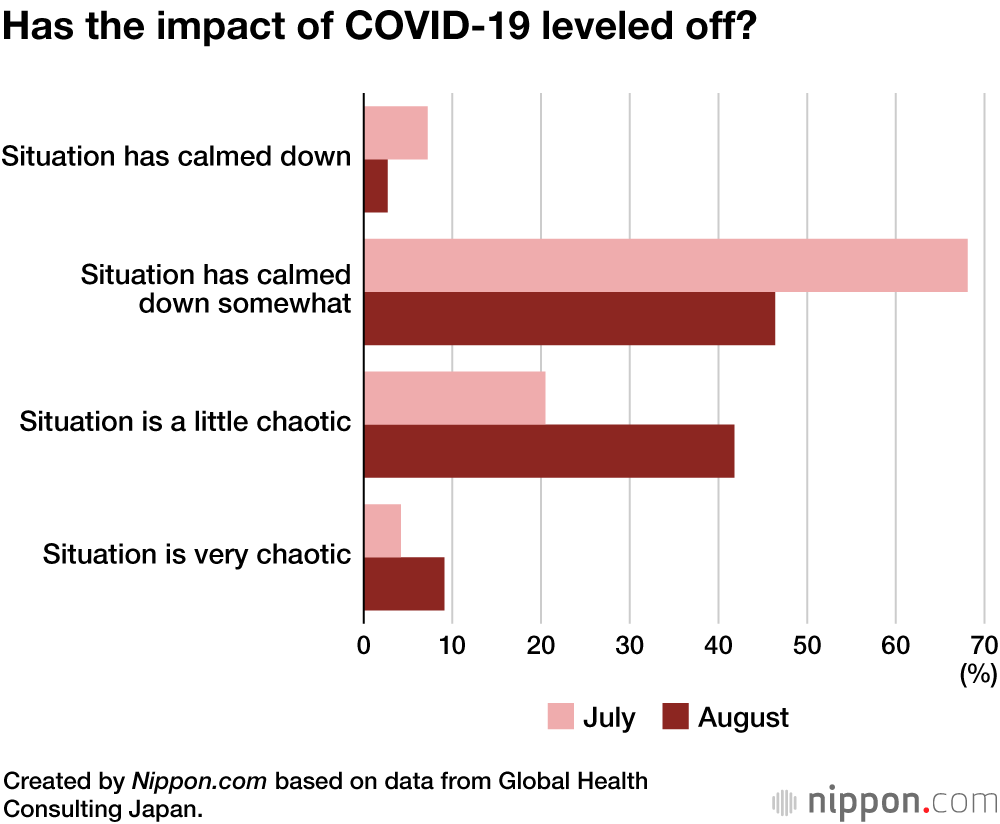 Under present conditions, 85.5% of the hospitals surveyed said that they prohibit visiting of patients as a rule, while the remaining 14.5% place restrictions on the number of visits and peoples in order to prevent COVID-19 infections. 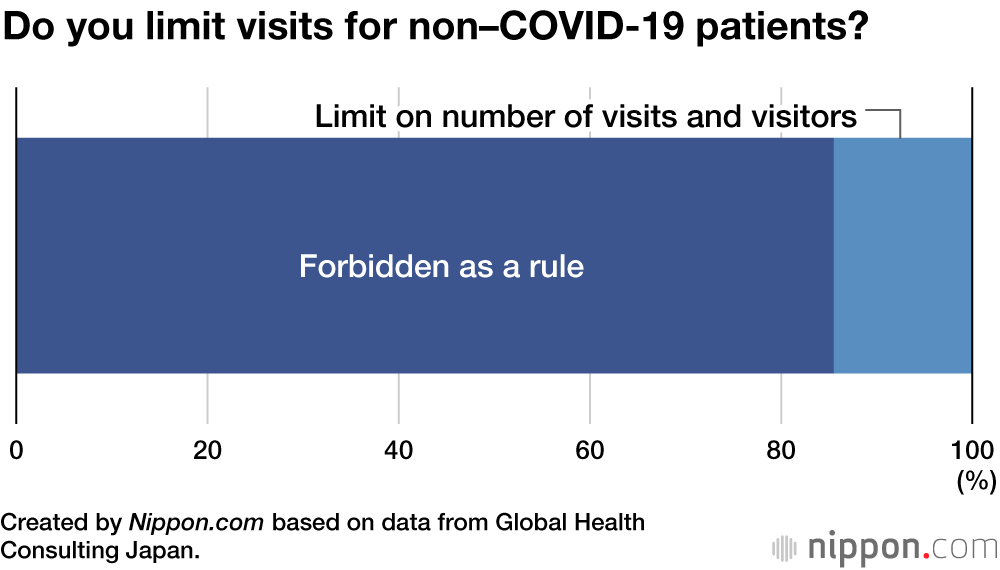