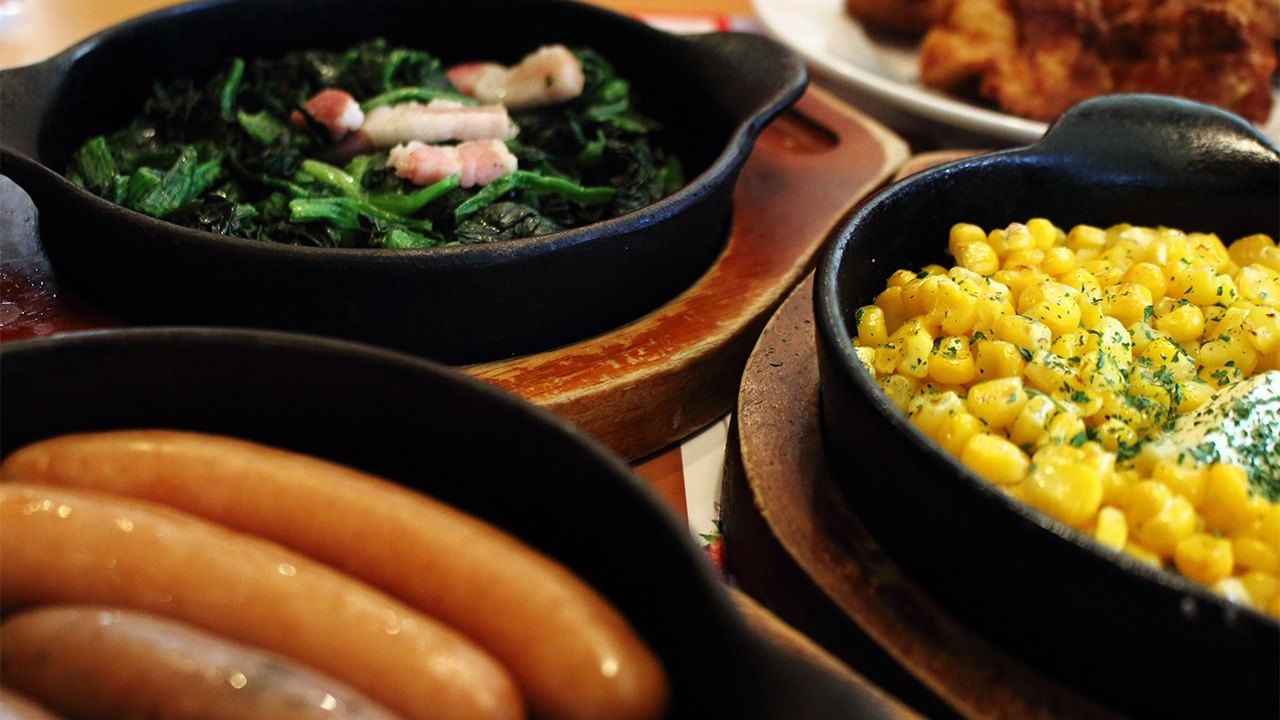 Lifestyle Food and Drink Sep 23, 2020
Popular restaurant chains in Japan have a lot of foreign fans too.

Yolo Japan, an information service for non-Japanese residing in Japan, recently conducted a survey on favorite restaurants, which received responses from 456 people from 66 countries. The most popular of the 47 restaurant chains, each with 100-plus stores nationwide, was Saizeriya, followed by Sukiya and Mister Donut. Many of the restaurants that ranked in the top 10 were reasonably priced and had a relatively wide range of menu choices.

Created by Nippon.com based on data from Yolo Japan.

A Filipina in her thirties who chose Saizeriya said that “the food looks wonderful and there’s a wide choice of toppings.” An Italian woman in her thirties said that “they have varied seasonal menus too. I’d like it if we were able to pay by credit card.” Regarding Sukiya, which placed second, an Australian man in his thirties said that “you can choose the size of your rice bowl to get it just right, although it’s difficult to relax as they clear the dishes away as soon as we’ve finished eating.”

Among the criteria for non-Japanese choosing a restaurant, 82% indicated that cost was an important factor. Other top criteria included tasty food (79%) and a varied menu (58%). On the other hand, only 21% felt having a menu in English was key, with one person commenting that “it doesn’t matter if they have language support or not because if they have pictures of the food, I can see what it is.” 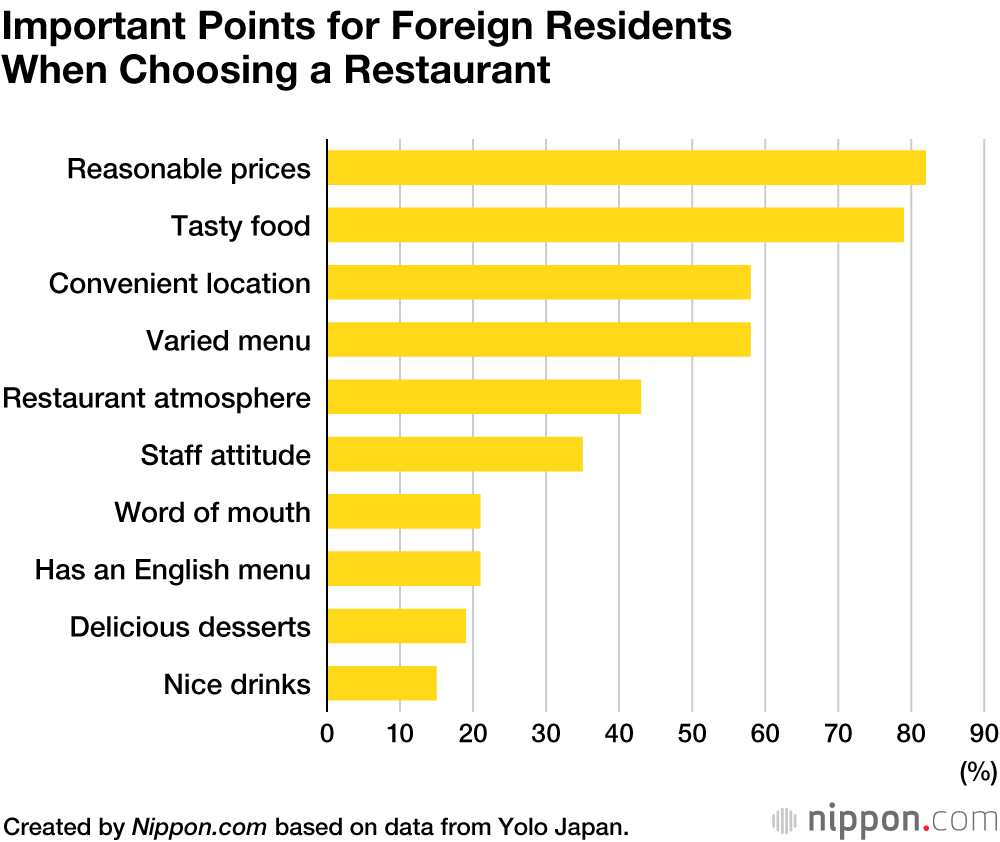