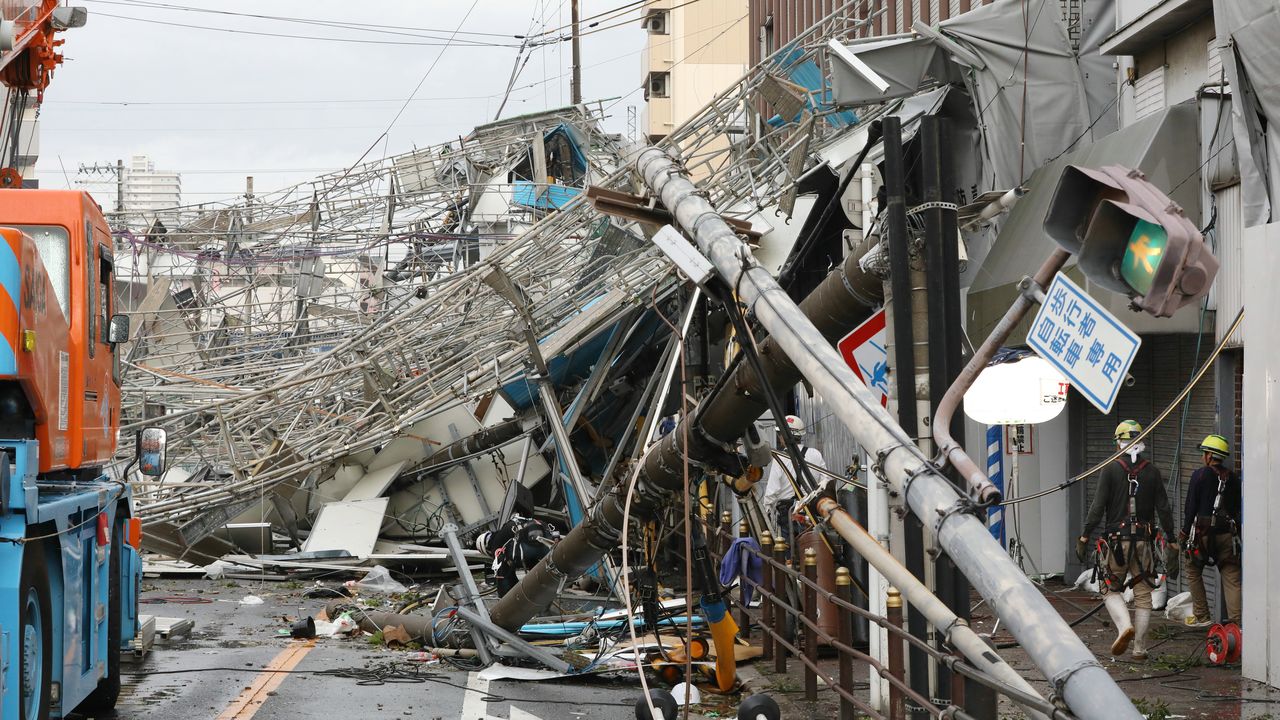 Environment Disaster Economy Lifestyle Sep 15, 2020
The Japanese typhoon season stretches from summer to autumn. The windiest storms tend to blow ashore in September, with gusts up to 30 meters per second, strong enough to knock a truck on its side, not uncommon.

August is the peak of typhoon season in Japan, but the windiest storms typically arrive in September. Meteorologists classify the intensity of tropical cyclones by the average maximum sustained winds over a 10-minute period. However, the tempests also bring maximum gusts, which the Japan Meteorological Agency defines as the average wind speed during a 3-second interval, that can be many times more powerful.

Japanese weather reports outline the zone around the eye of a storm with sustained winds exceeding 25 m/s to identify for the public the most powerful area of a typhoon. Even at the low end of the demarcation, winds can easily topple shop signs, send ceramic roof tiles flying, and overturn aluminum sheds. Storms become increasingly hazardous as wind speeds rise, with gales above 30 m/s having the force to uproot trees, snap utility poles, and tip trucks over, and gusts exceeding 40 m/s possessing the power to seriously damage or even destroy buildings.

Strongest Maximum Gust of a Typhoon

Created by Nippon.com based on Japan Meteorological Agency data.

Created by Nippon.com based on Japan Meteorological Agency data.