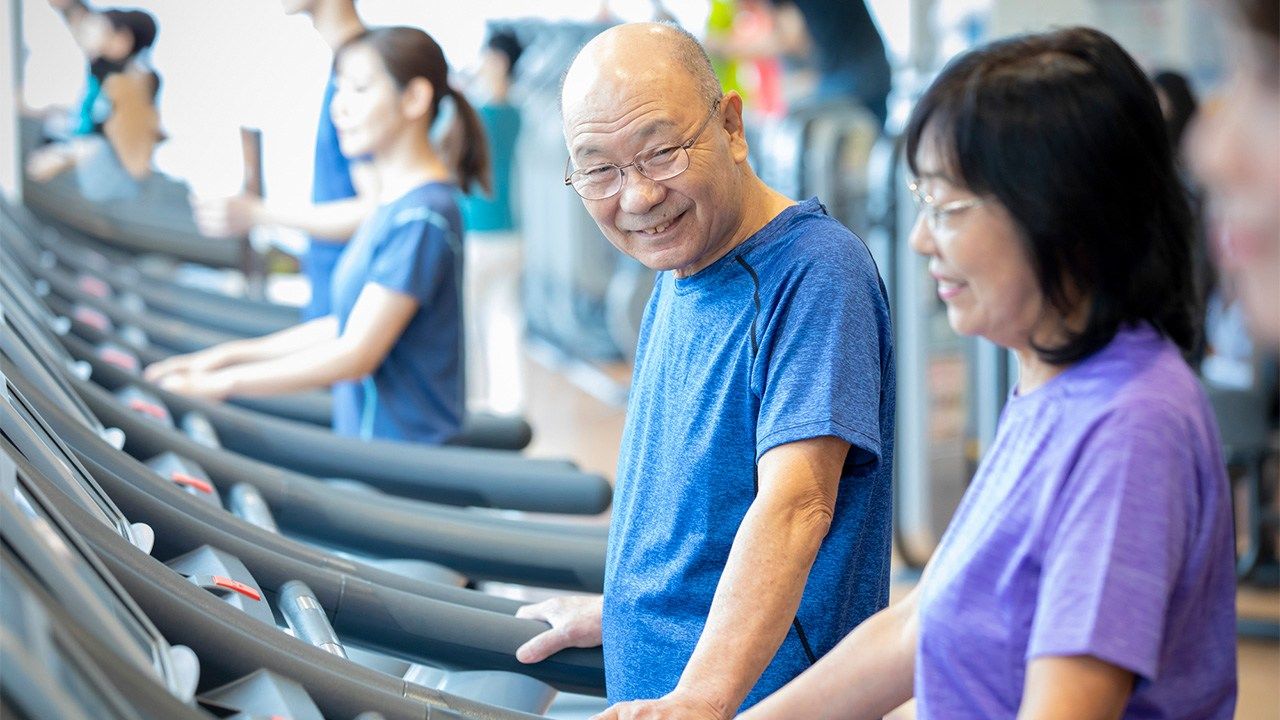 Society Economy Lifestyle Health Family Oct 12, 2020
A recent survey found that more than 80% of people in Japan were concerned about growing old, with financial issues a particular worry.

According to Japan’s 2020 Annual Report on the Aging Society, there are now 35.9 million people aged 65 or over in Japan, which represents 28.4% of the total population. This graying population is causing various issues, including a serious shortage of workers to support society, and problems related to long-term care, health care, retirement funds, and pensions.

In a survey conducted by the security firm Secom on 500 people aged 20 and over, 83.8% responded that they were worried about getting old. This rose to 90% for women in their fifties. 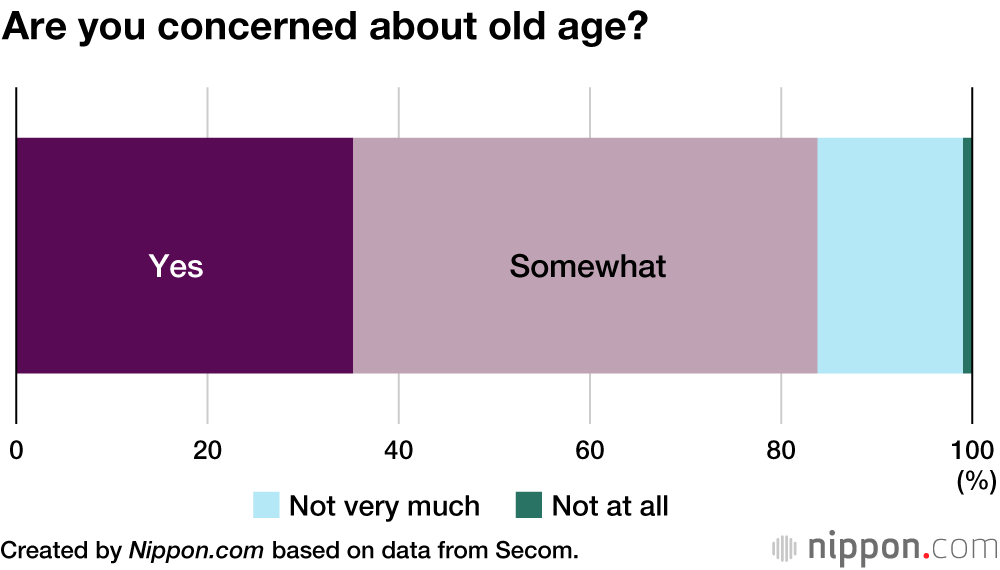 When asked if they were worried about developing dementia, 54.8% of women and 41.6% of men answered that they did feel or slightly felt that way. In contrast, when asked the same about a family member, this rose to 60.8% of women and 51.2% of men, indicating that people were more concerned about their family than themselves. 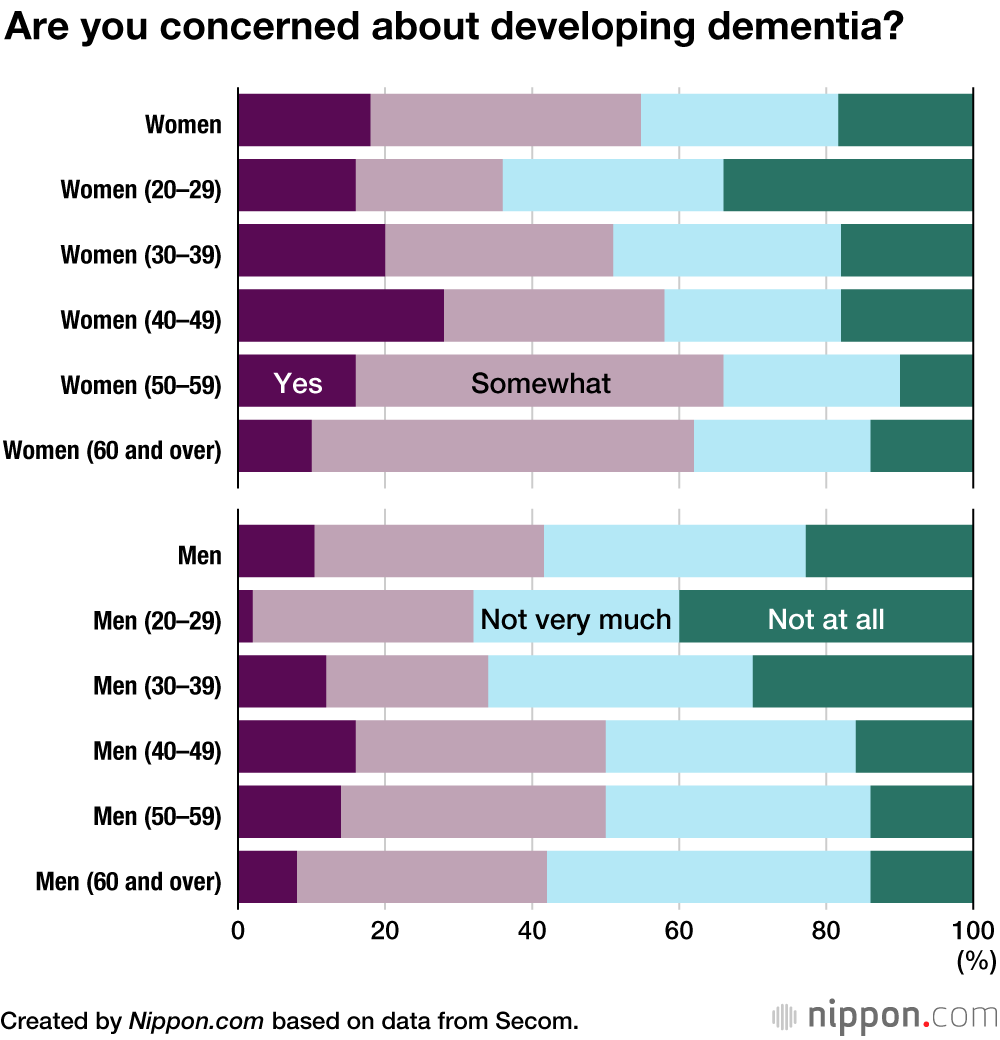 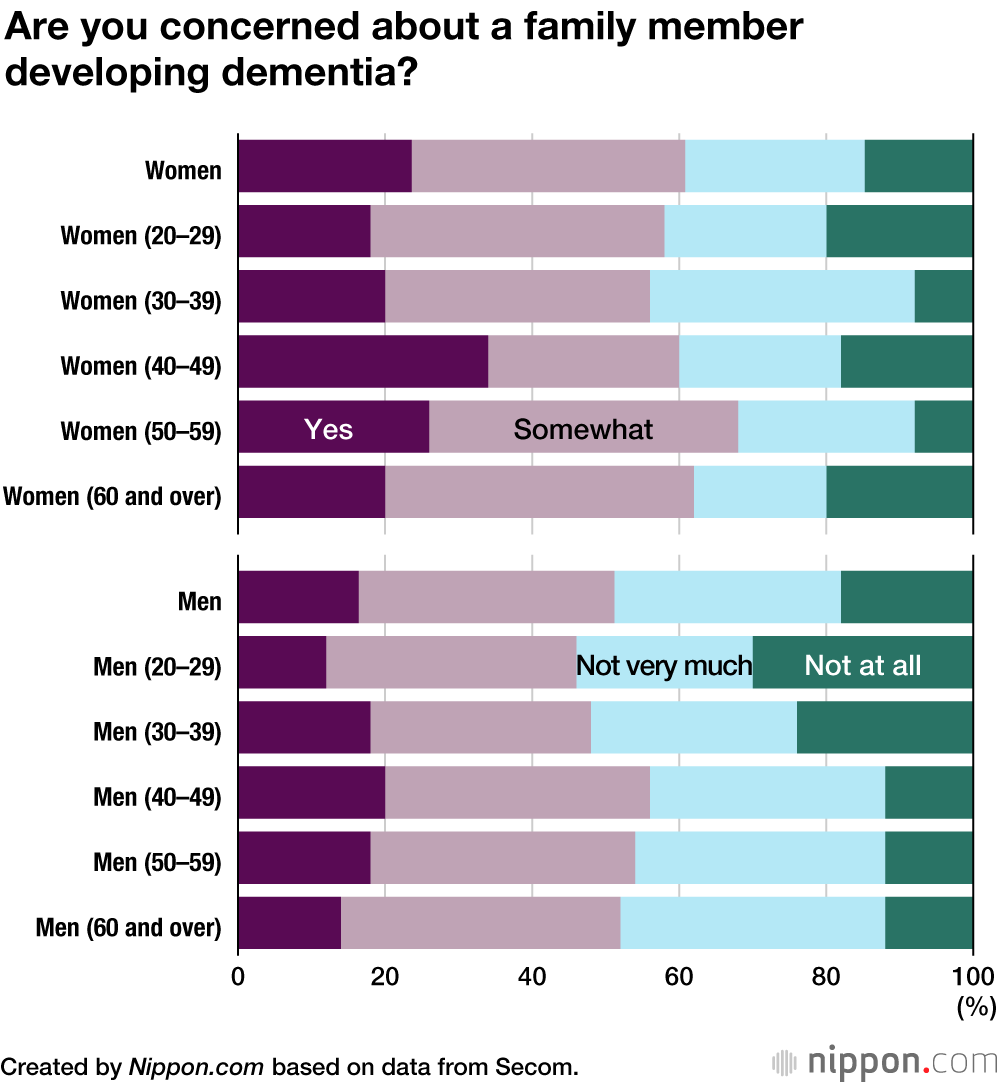 Asked what they would do if they developed dementia, people said that their highest priority would be to prevent the syndrome worsening, such as by delaying progress through hospital treatment and making efforts to improve the symptoms. Only 12% said that they would receive care at home from a family member, a possible indication that they did not want to be a burden. 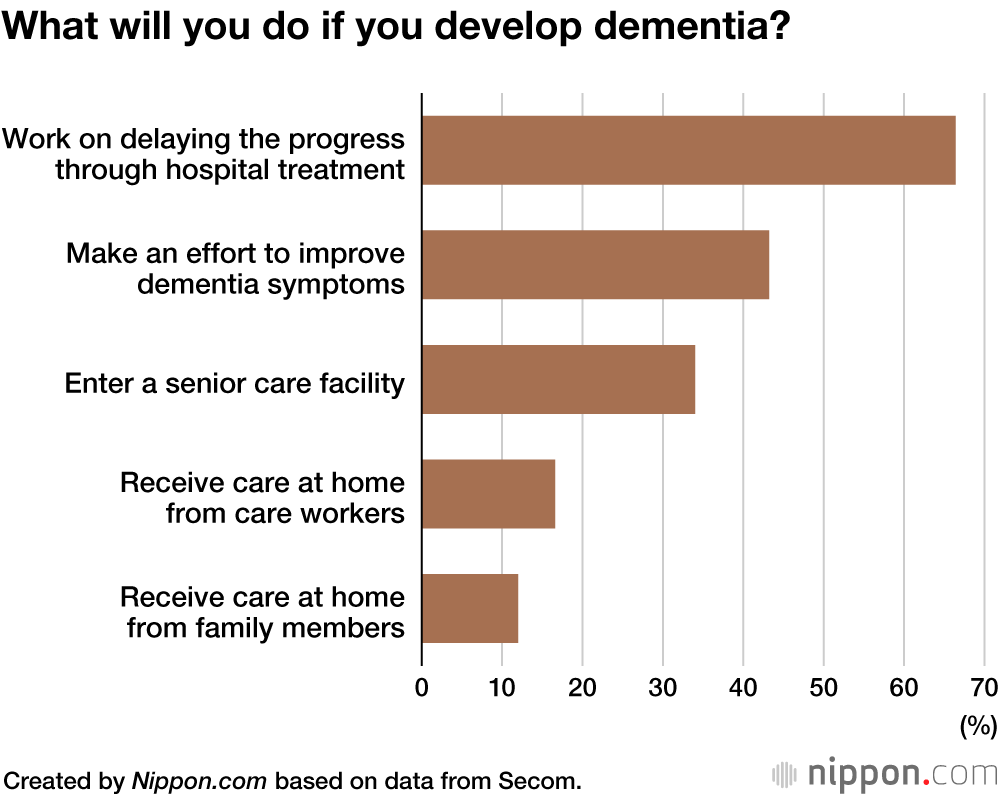 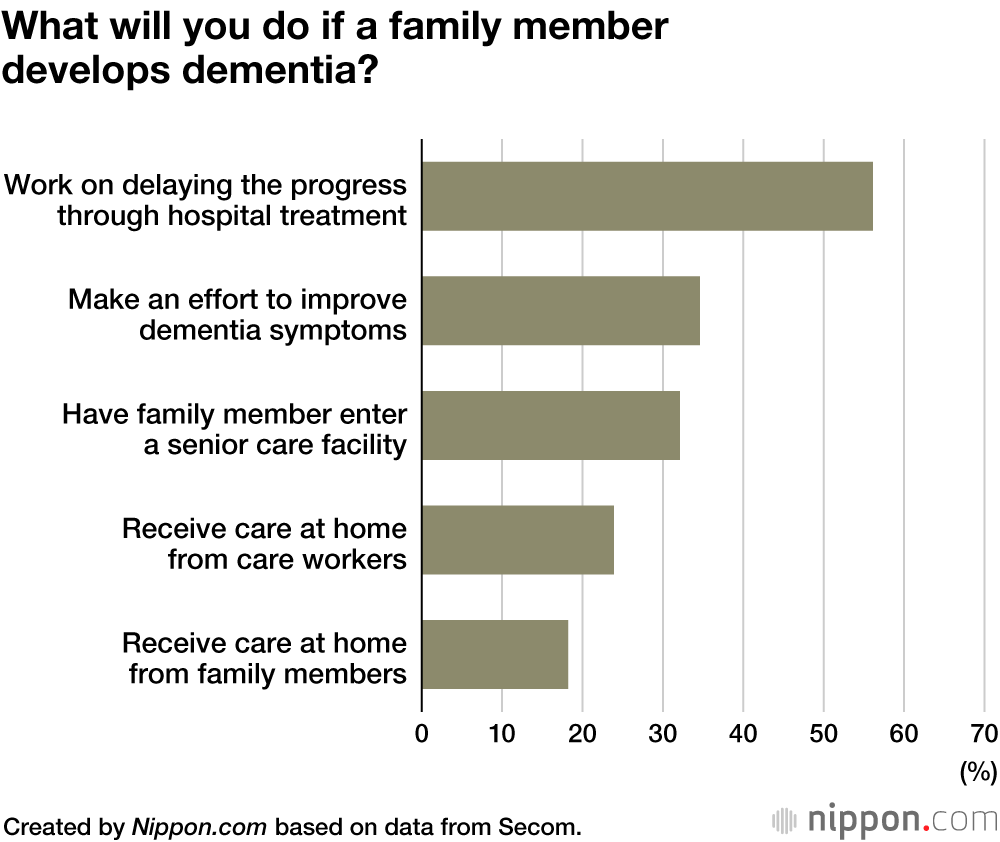 At 61.5%, building up savings topped the list of specific measures felt needed to prepare for retirement, showing the close connection between concerns over old age and those about money. 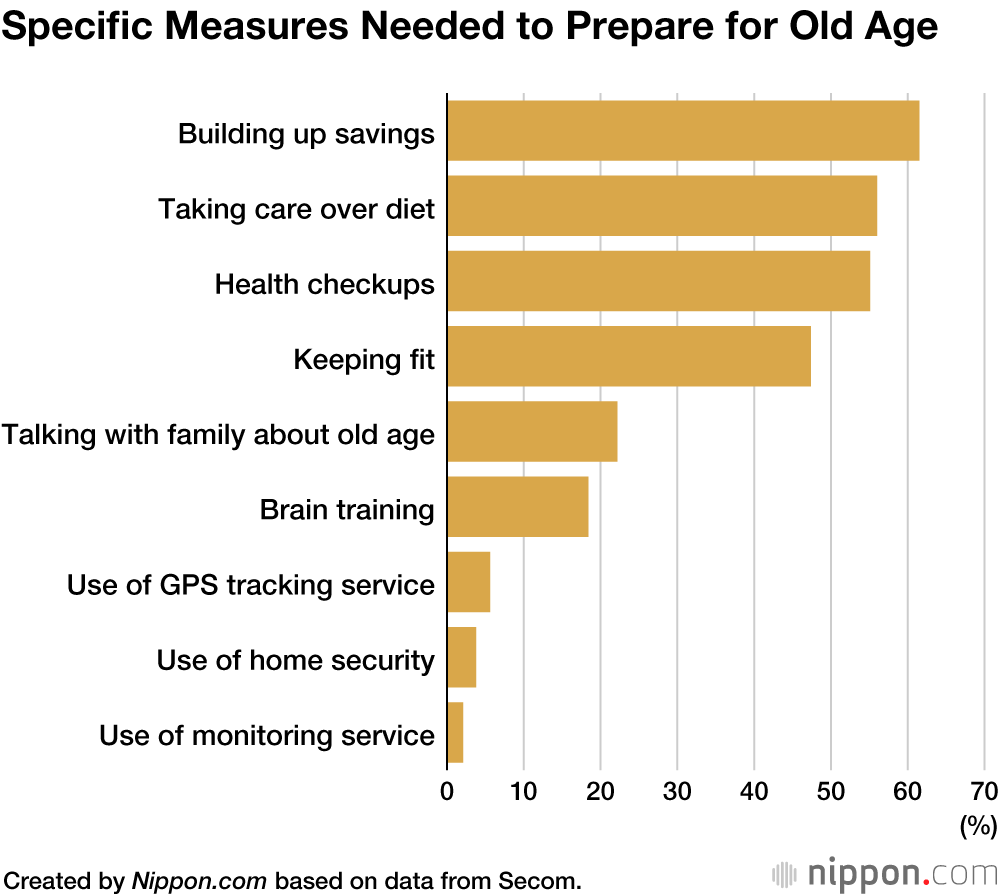