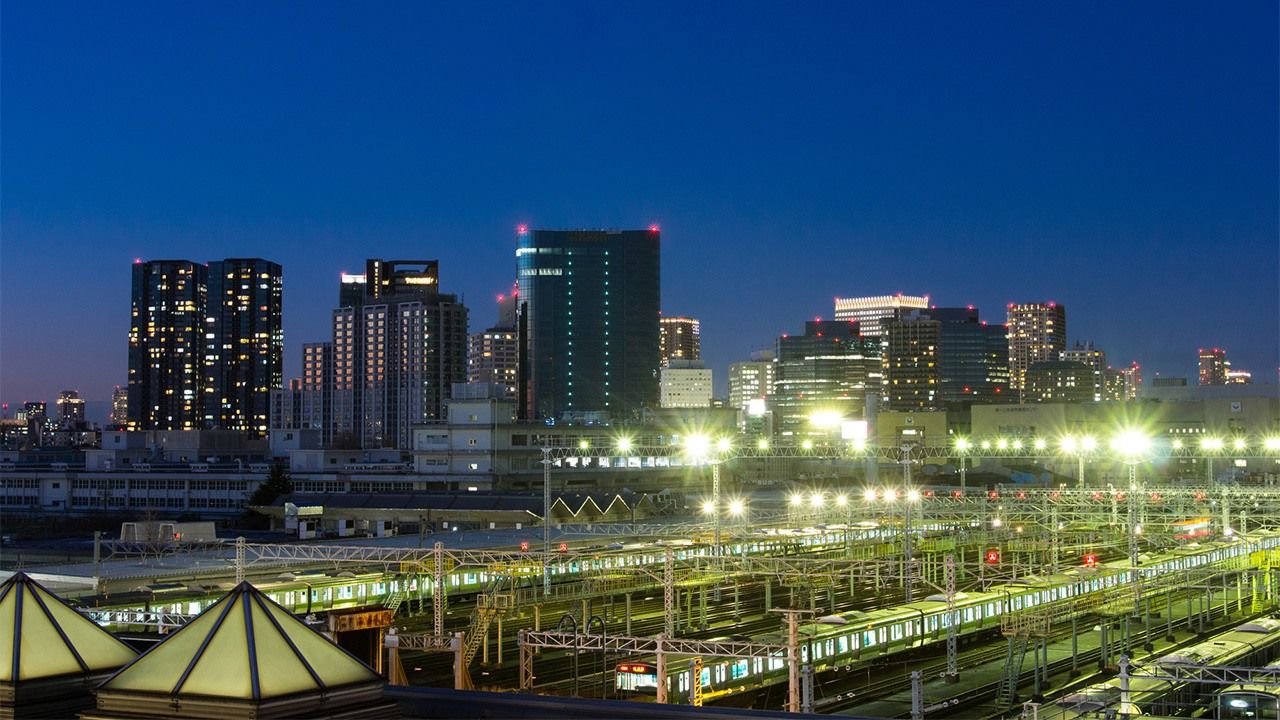 Lifestyle Society Oct 14, 2020
The COVID-19 pandemic has boosted interest in moving away from big cities, but many young people still feel the urban allure.

In early August, the Nippon Foundation conducted a survey of 1,000 young people in Japan, asking where they hoped to live in the future. Big cities were favored by 56.5%, while 43.5% responded “elsewhere.” Of the respondents who wanted to live in Tokyo or another major city, roughly half had grown up in heavily urban areas, while respondents who hoped to live elsewhere had mostly grown up in regional Japan. 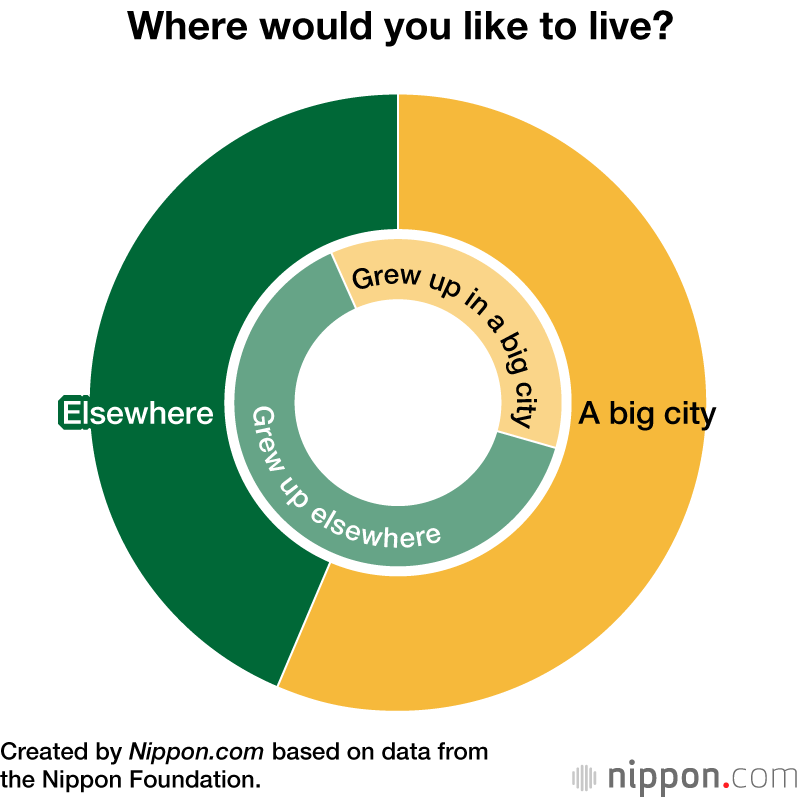 Reasons given by the majority for preferring to live in a big city were the “comfortable lifestyle” (63%) and “many entertainment options” (51%). In general, the plethora of choice proved the main attraction of big cities for young people. 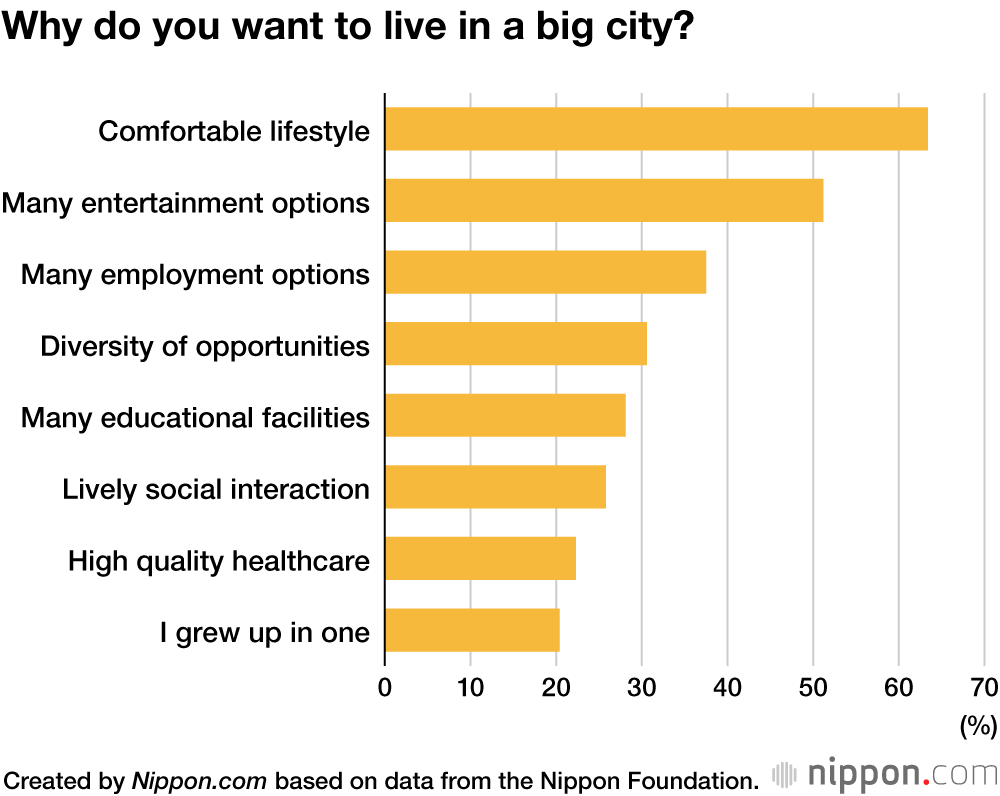 When asked about young people moving away from big cities, 40% expressed doubt in a trend toward migration. Just 22% believed young people like themselves would leave big cities. 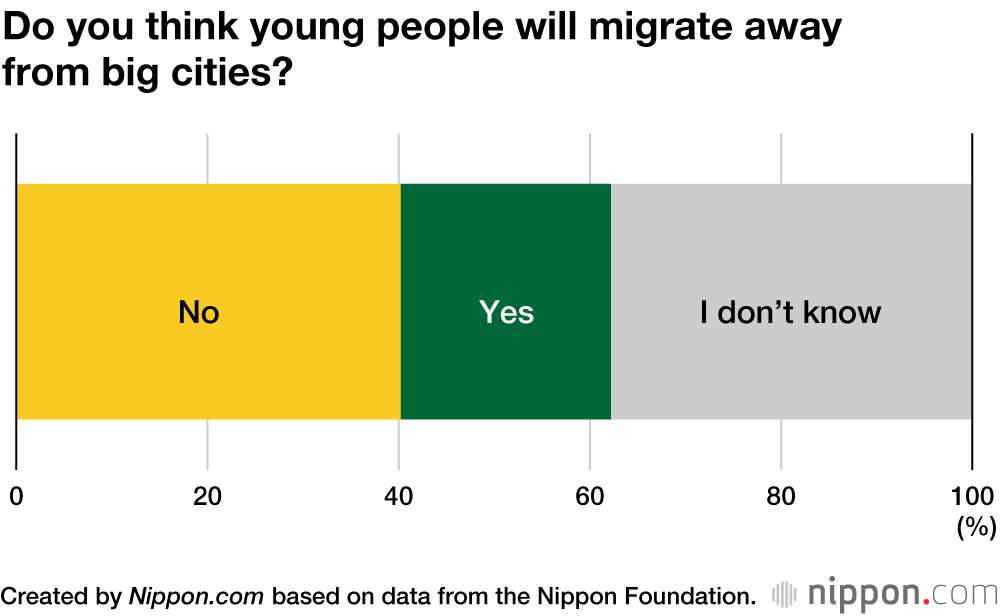 Suggestions to boost decentralization and address concentration of the population in big cities focused on employment. The top three were “corporate promotion of remote work” (36%), “ensuring employment for youth” (31%), and “increased remuneration at regional companies” (24%). 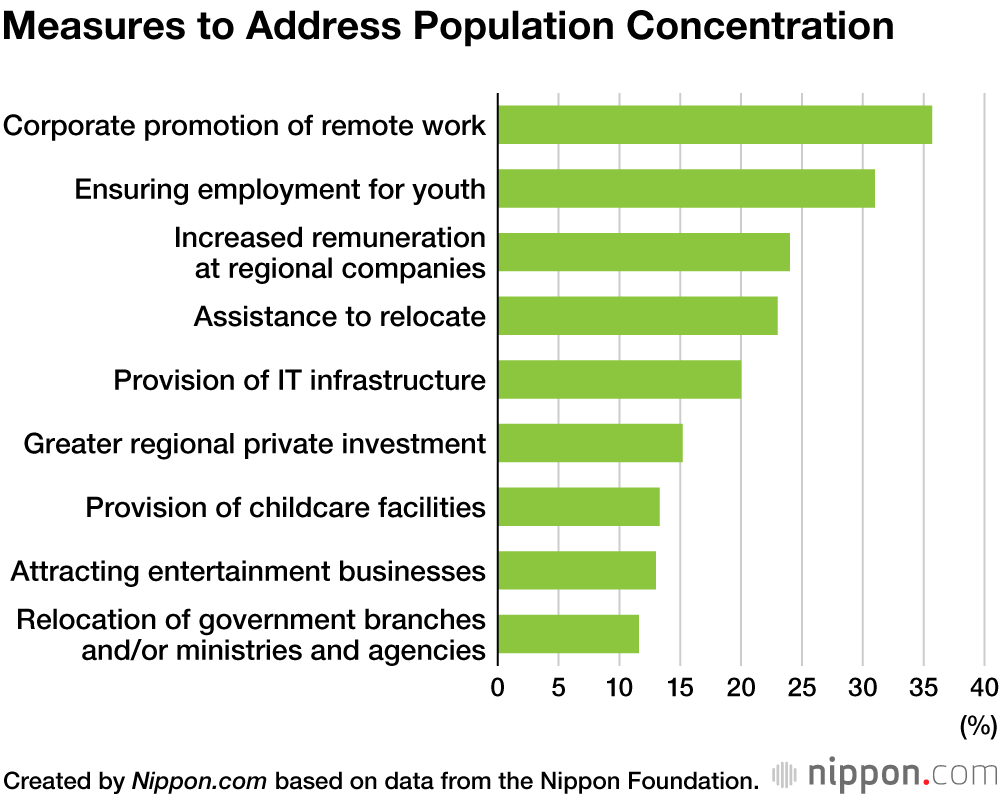