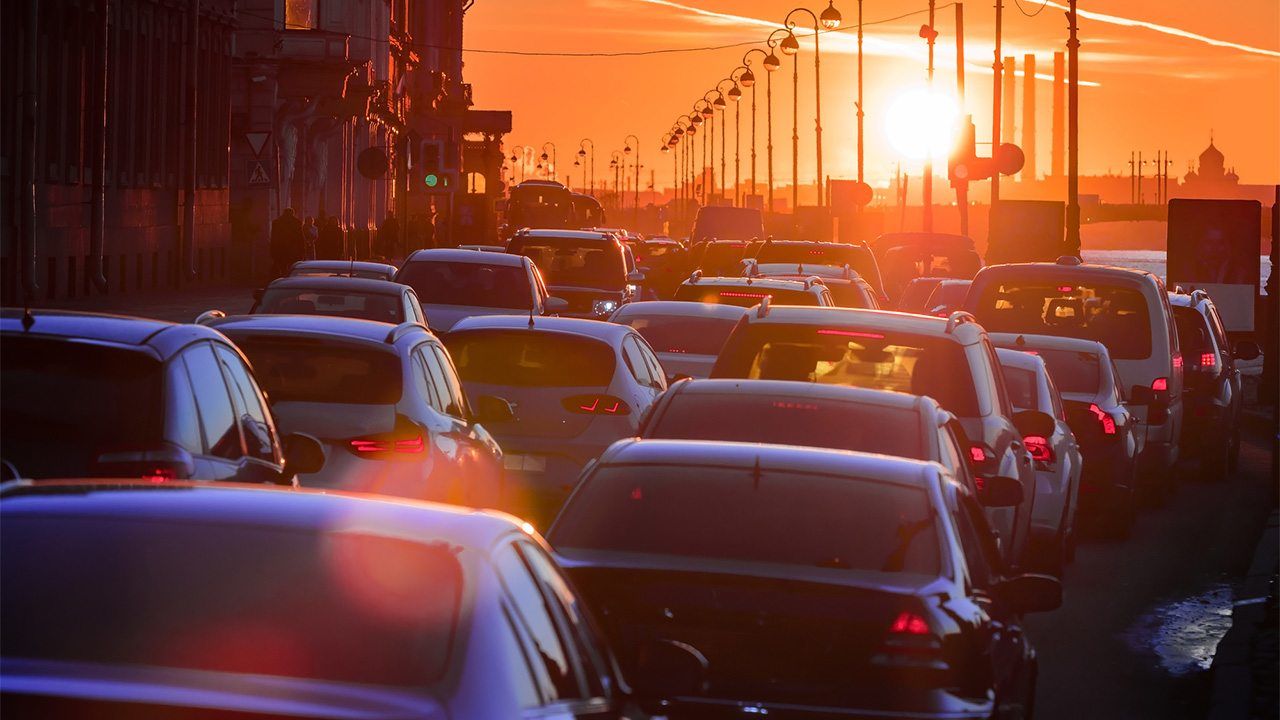 Society Oct 16, 2020
A National Police Agency study found that many traffic accidents in Japan occur during the twilight hours. This is a time when drivers need to take particular care.

A study conducted by the National Police Agency on traffic accidents in Japan occurring from October to December over the five-year period from 2015 to 2019 found that almost 60% of fatal traffic accidents involving the deaths of pedestrians or cyclists from collisions with automobiles were caused by drivers commuting to work or performing work duties. Many of these accidents took place in the evening hours.

For this study, the “twilight hours” were defined as the hour before and the hour after sunset (two hours in total). Over the five-year period, many accidents occurred between 5:00 and 7:00 pm, overlapping with sunset, and collisions between automobiles and pedestrians were most prevalent during the twilight hours. The results also showed that around 90% of accidents occurred when people were crossing the road. 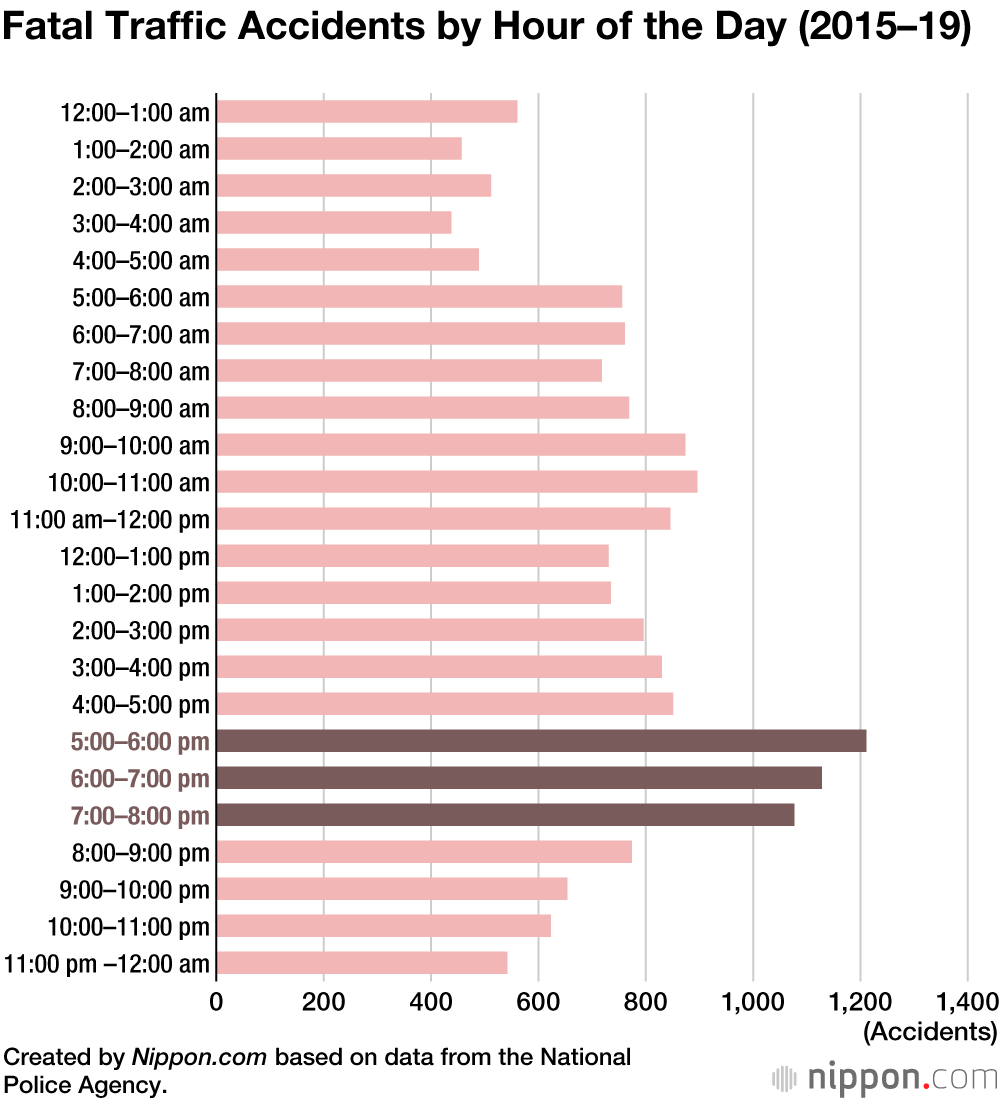 Traffic fatalities involving pedestrians and cyclists increased noticeably in the hours from 4:00 to 6:00 pm and in the early morning from 4:00 to 6:00 am during the period from October to December, as compared to July to September. In particular, there were twice as many traffic fatalities from pedestrians crossing the road during the hour after sunset than during the months from July to September. 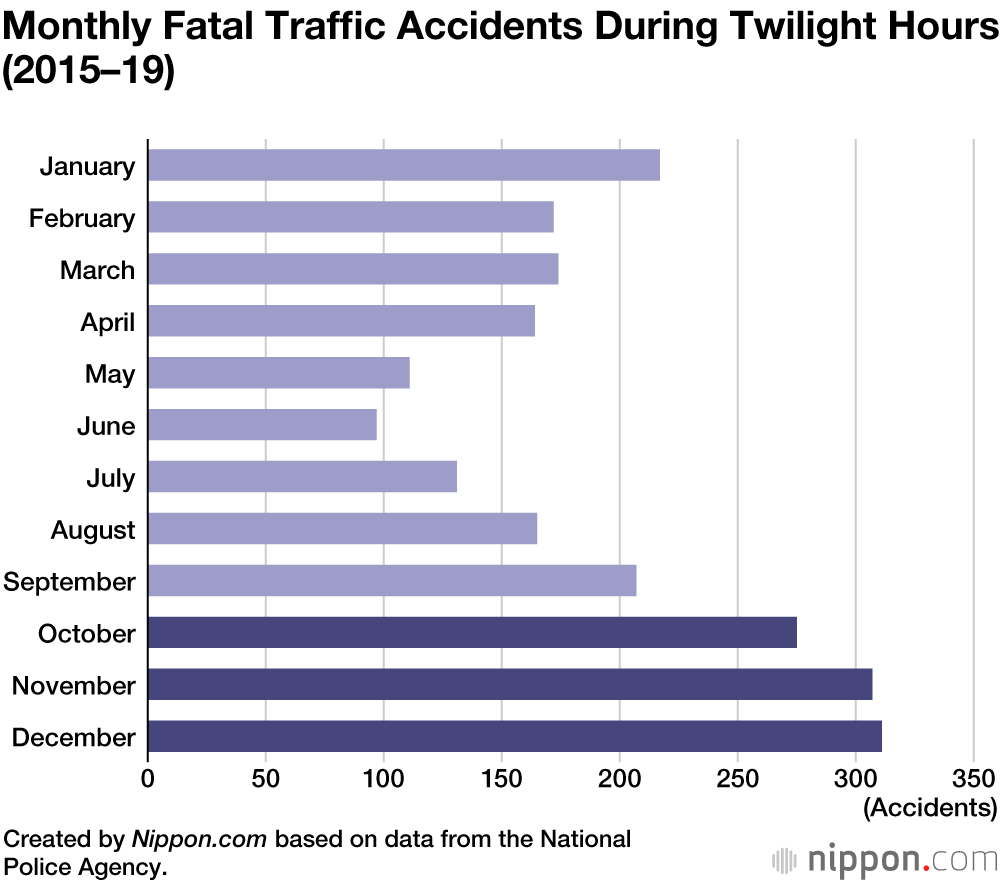 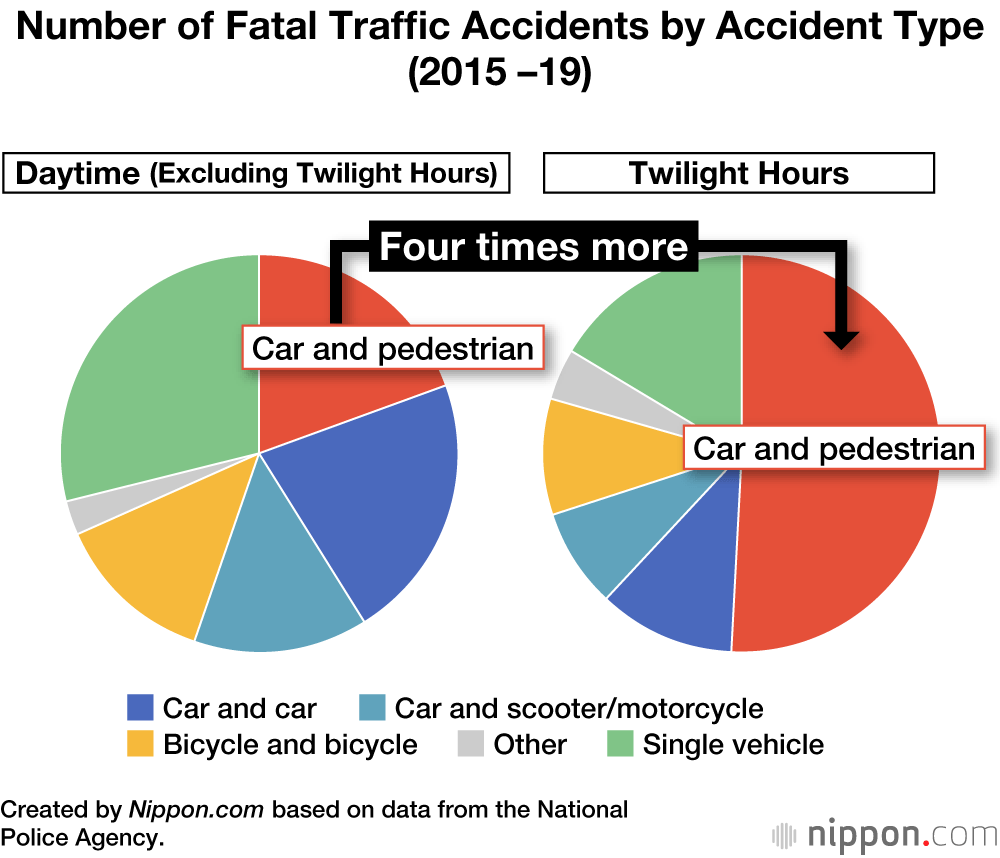 Statistics compiled by the National Police Agency on the times of the day and the year when accidents occurred over the five-year period reveal that accidents occurring during the twilight hours accounted for 7.8% of all accidents in June, but rose to more than twice that level, or 17.8%, in November. For traffic fatalities involving collisions with pedestrians or cyclists, the majority of the drivers involved were either commuting to work or performing work duties, at 28.4% and 28.2%, respectively, while 11.9% were on a shopping excursion, 8.3% were visiting someone, 5.5% were transporting someone, and 5.4% were engaged in a tourist or leisure activity.

In order to avoid accidents during the twilight hours, the National Police Agency advises drivers to use their turn signals well in advance of turning, while pedestrians and cyclists are advised to wear bright, easily recognizable clothing and attach reflective materials to items such as walking sticks, bags, clothing, and shoes.