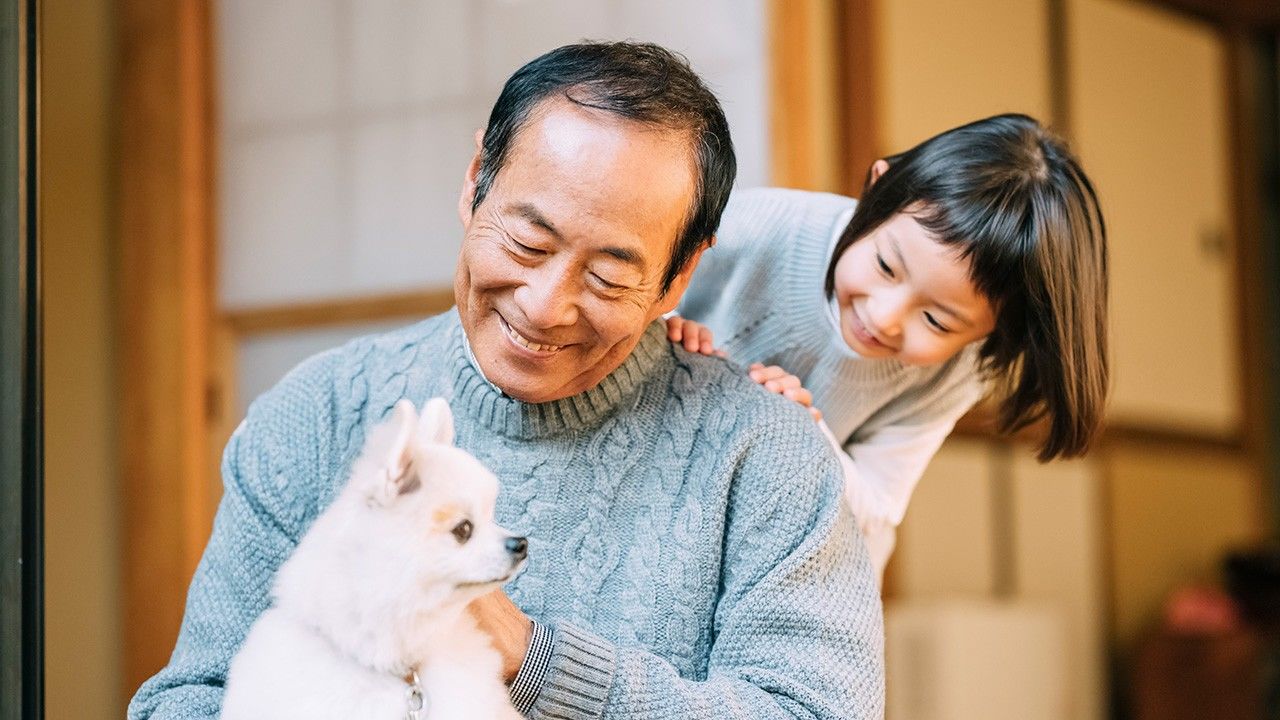 Economy Family Oct 15, 2020
The difficulty of meeting them due to COVID-19 may be the reason why grandparents are spending less money on their grandchildren in Japan.

A recent survey on Japanese seniors’ lifestyles found that in the past year, the average amount grandparents spent on their grandchildren was ¥112,715. The survey, conducted annually by Sony Life Insurance, also revealed the most common amount was in the range of ¥50,000 to ¥100,000, at 27.1% of respondents. Spending on grandchildren had been on the rise up until 2019; however, it dropped considerably year on year by ¥18,619. Sony Life Insurance suggest that, in addition to not being able to meet their grandchildren as often due to COVID-19, the October 2019 consumption tax hike may have had a significant effect.

The largest amount grandparents used was on giving spending money, followed by eating out together, and then buying toys and games. 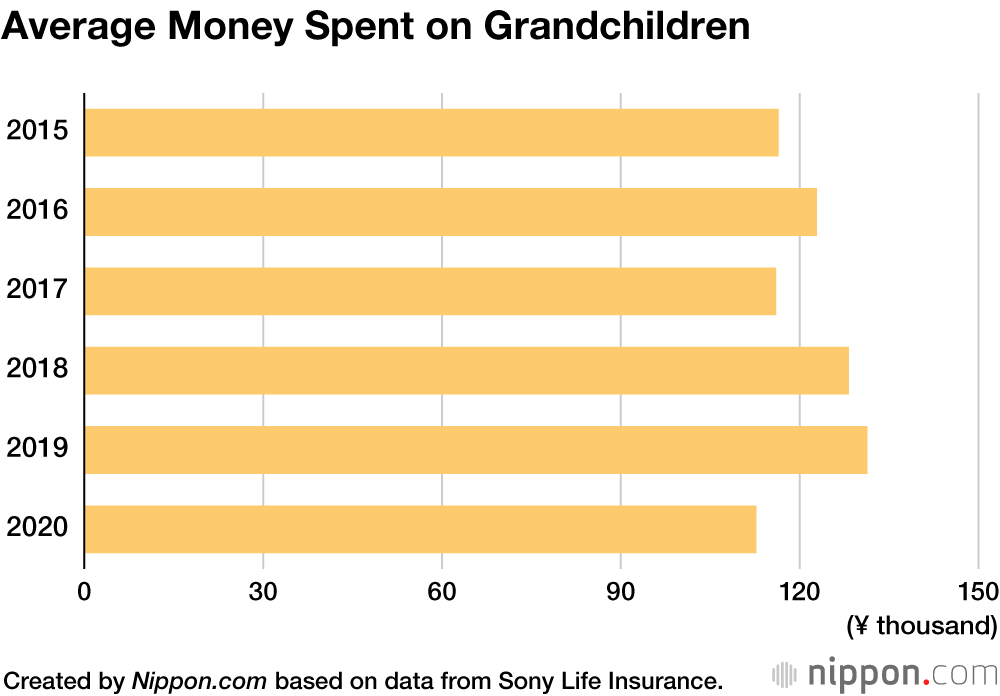 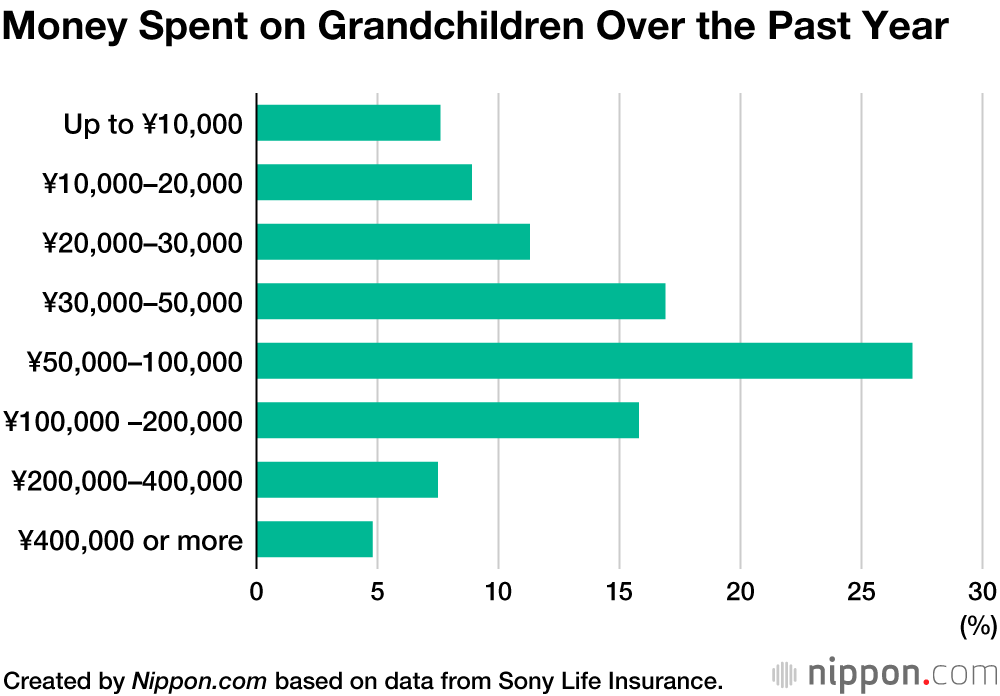 Asked how they wanted to spend time with their grandchildren, the majority of grandparents, at 55.6%, said “eating out,” while 49.7% answered “travel,” and 46.9% said “conversation.” A further 9.7% answered “chatting online” using an app like Line. Many grandfathers in particular prefer to be outdoors with their grandchildren, either playing in the park, going to the sea or mountains, or doing sports. 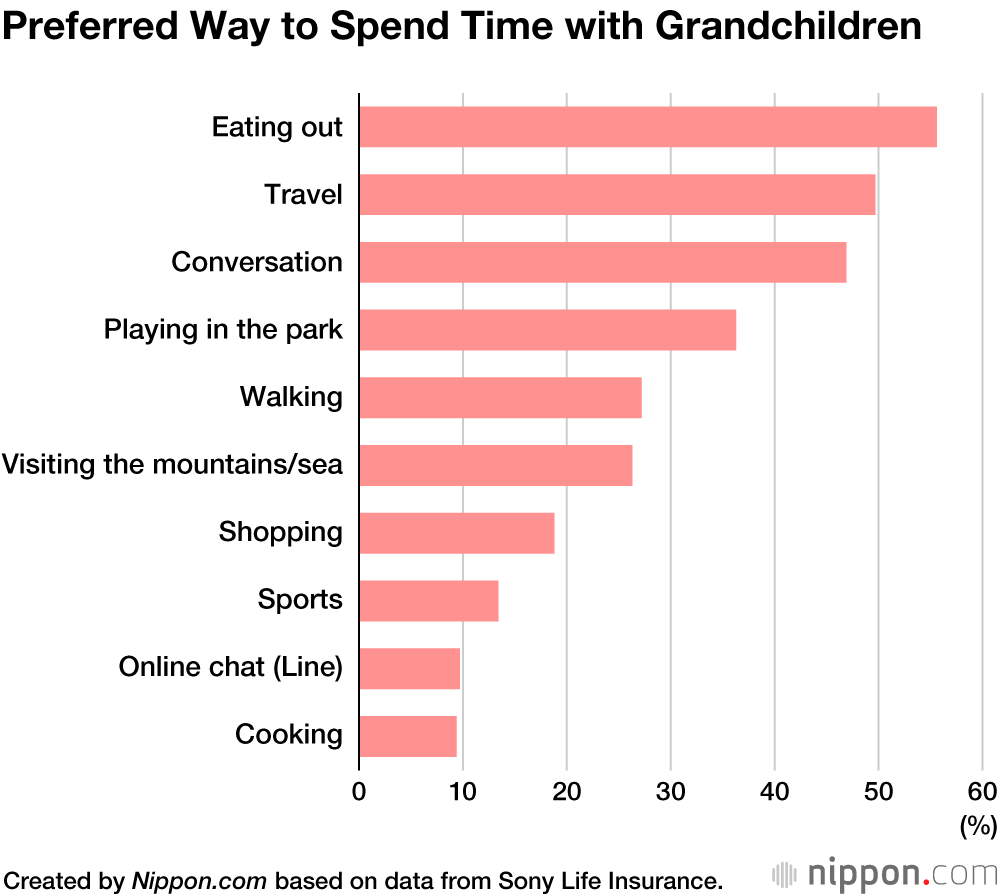