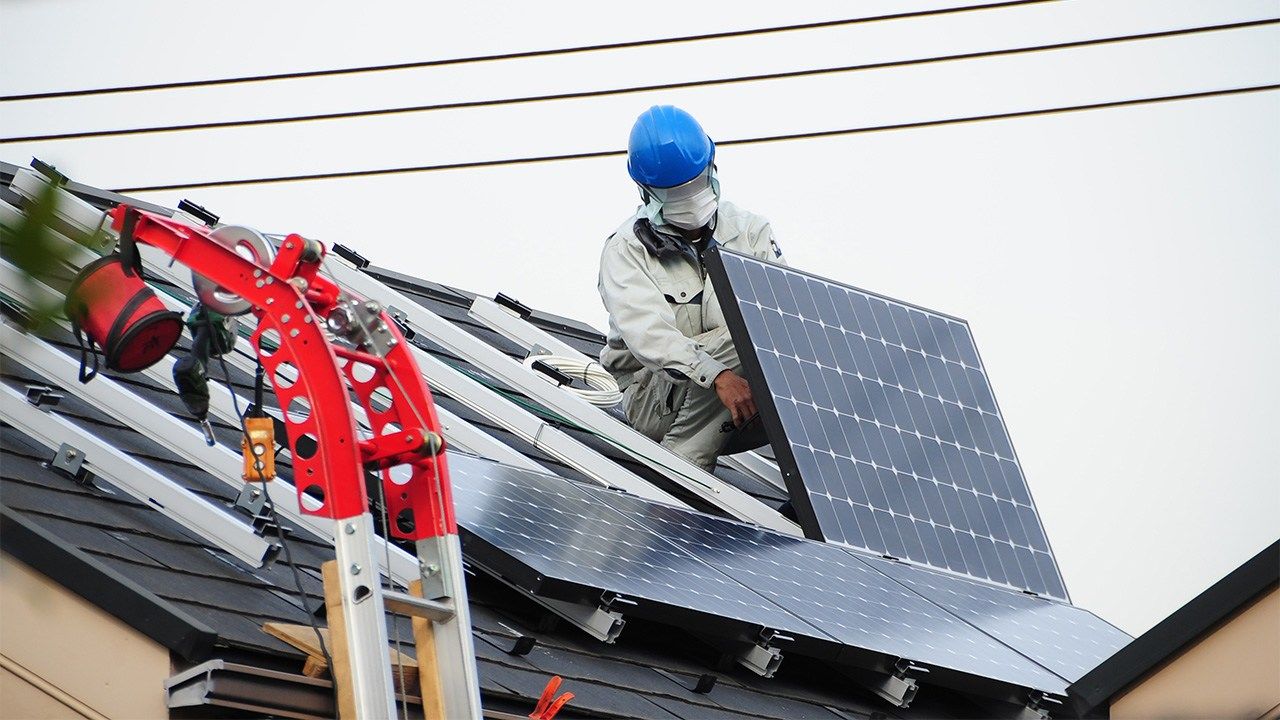 Since fiscal 2017, the Ministry of the Environment has been conducting an annual statistical survey on household carbon dioxide emissions as basic data for formulating global warming measures. The survey makes it possible to comprehensively grasp emissions per household alongside factors like number of residents, which had previously been examined separately. In total, 496 items are included in the survey, including household composition, type of residential building, consumption of electricity and other energy sources, and use of household appliances.

The preliminary results of the fiscal 2019 survey, released in September 2020, show average annual emissions per household of 2.80 tons (carbon dioxide equivalent), a 3.4% year-on-year decrease and 12.5% lower than in fiscal 2017. 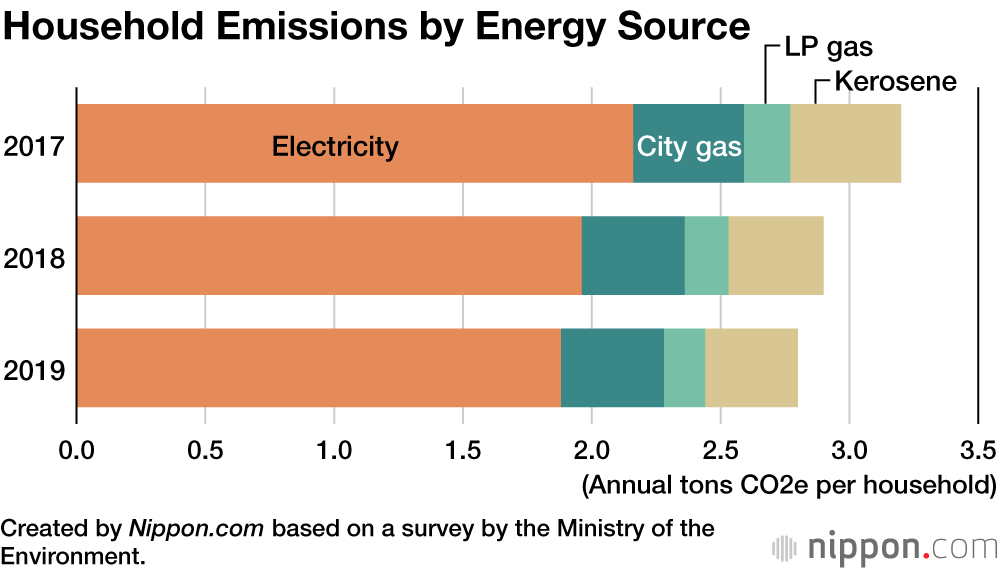 The breakdown of emissions by energy source showed that electricity was by far the most common type of energy at 67.1%, followed by city gas (methane delivered through a network of pipes) at 14.3%, kerosene at 12.9%, and LP gas (canisters of liquid propane) at 5.7%.

One of the underlying factors for the decrease in household emissions is that air-conditioners, lights, and household devices have become more energy efficient, and households are also making more efforts to conserve energy.

By type of residential building, detached houses generated 3.51 tons of annual emissions, roughly 1.8 times more than those for apartments, which averaged 1.93 tons. Emissions were high from December to March when kerosene consumption for heaters was at its peak, reaching the highest point in the month of January.

The survey showed that 12.7% of detached houses (0.0% of apartments) used solar panels as an energy source, while 65% of all households had at least some LED lighting.

Emissions have fallen annually in all 10 regions for two consecutive years since fiscal 2017. Annual household emissions decreased particularly sharply compared to fiscal 2017 in Kyūshū, Kansai, and Hokuriku, with decreases of 28.5%, 16.9%, and 15.8%, respectively. 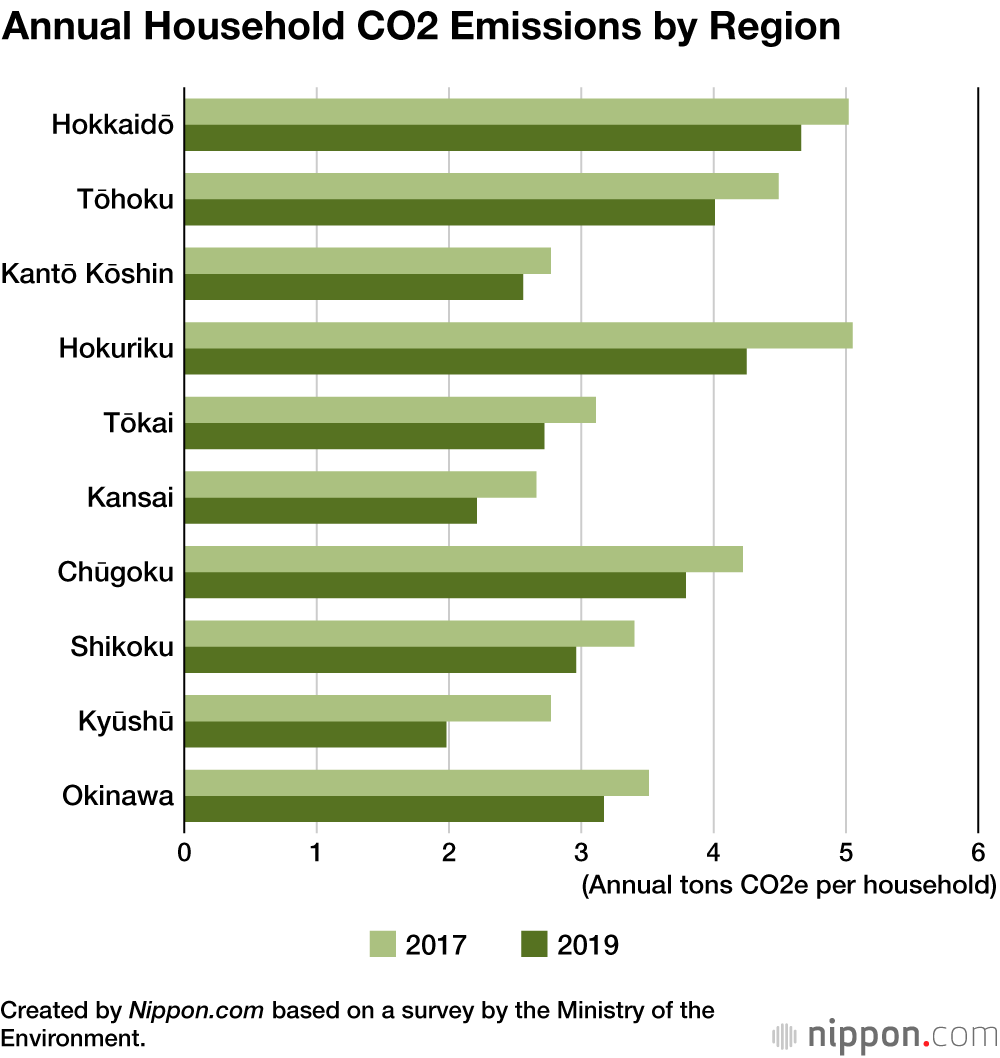 A plan published by the government in 2016 on measures to counter global warming has set the target for fiscal 2030 of reducing emission of greenhouse gases like carbon dioxide by 26.0%, compared to the level in fiscal 2013. For the household sector, the target is a roughly 40% reduction in emissions.

(Translated from Japanese. Banner photo: Workers install solar panels on the roof of a house. © Sunrising/Pixta.)