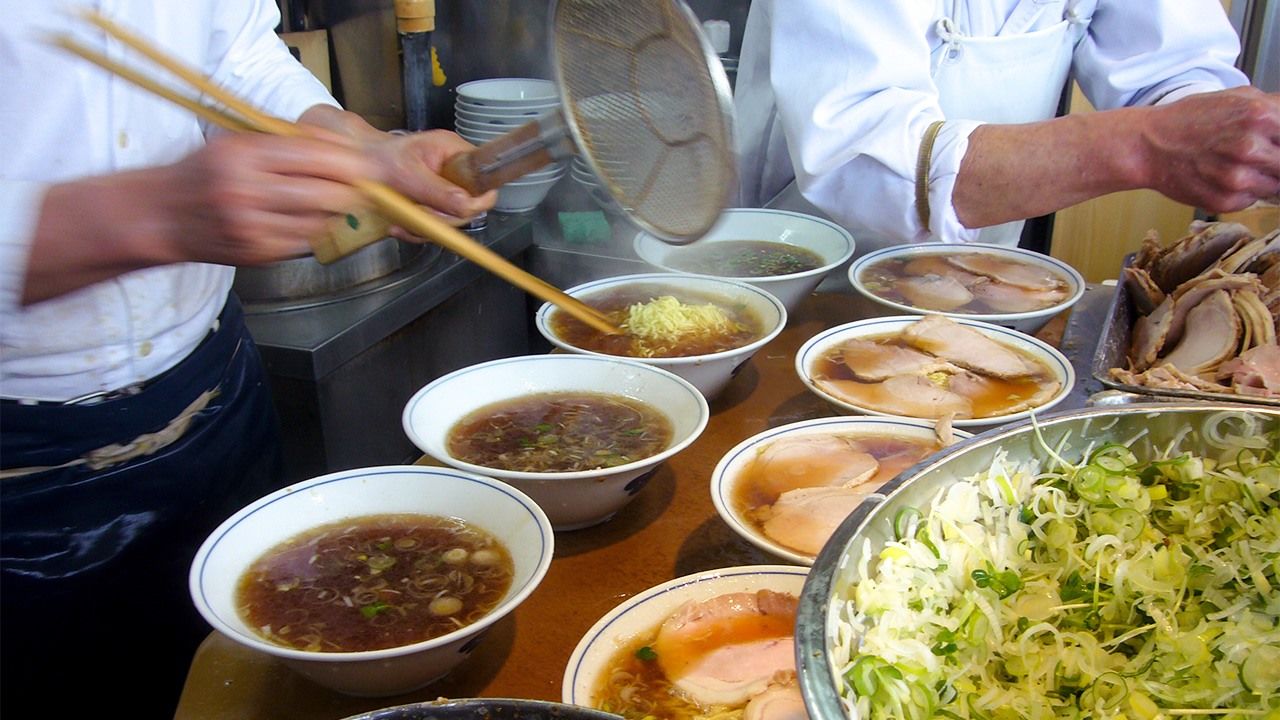 Ramen Bankruptcies on the Rise

Food and Drink Oct 23, 2020
In the competitive ramen industry, even long established and well-known chains are not immune to the year’s intense economic pressures.

As of the end of September, 34 Japanese ramen chains had filed for bankruptcy since January. This makes 2020 the first year since 2000 in which total bankruptcies had surpassed 30 by this point. The figure, reported by Teikoku Databank, is already close to the highest-ever total of 36 in 2019, meaning that 2020 might set a new bankruptcy record.

With new trends, like fish-based broth and tsukemen (dipping noodles) constantly appearing, the battle for survival between established restaurants and new entrants has become more intense. Just as the industry was grappling with hikes in food and labor costs, the pandemic came along, forcing restaurants to slash their business hours, or even suspend operations altogether. This year’s bankruptcies include chains that took pride in a loyal following, like Monkichi Foods, which operated Fukuoka-based pork broth ramen shops under the name Nagahama Shōgun, and the long established Yokohama iekei-style ramen chain Rokkakuya. 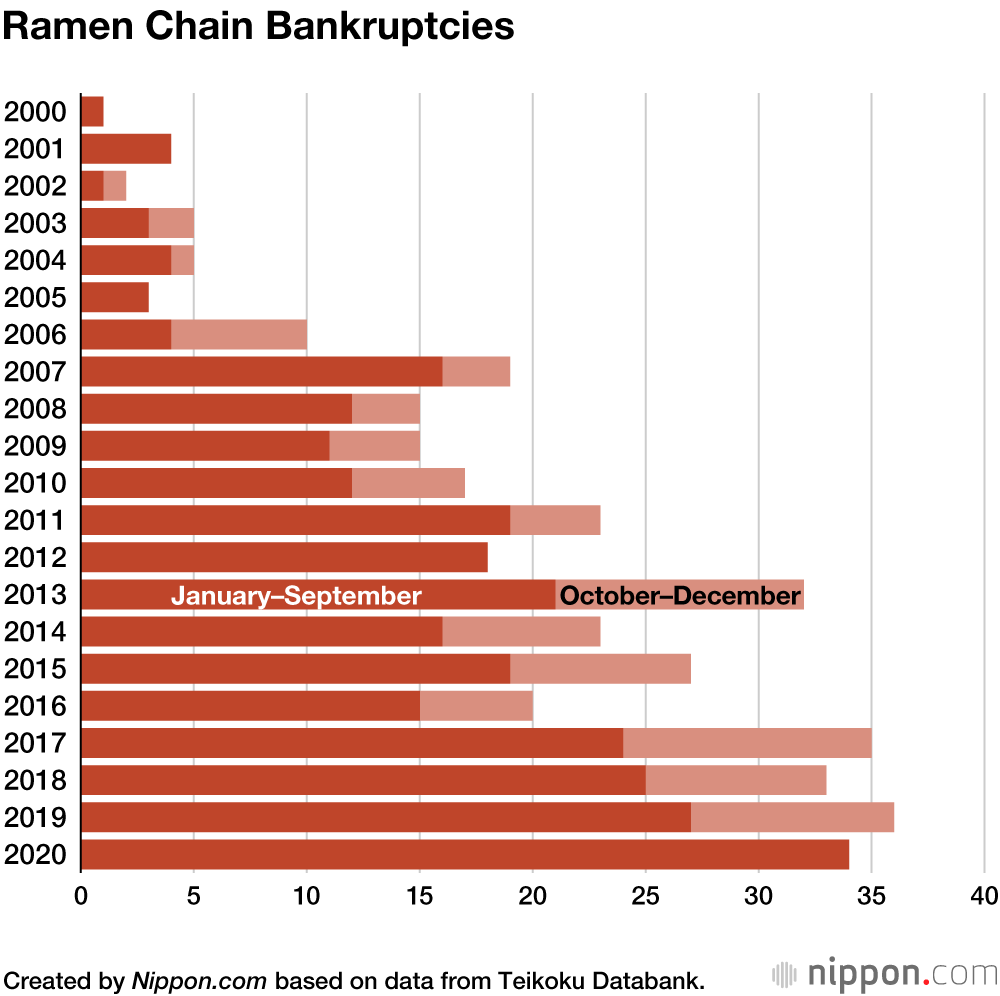 Teikoku Databank found that bankruptcies were most often attributed to increased competition. According to the economic census performed by the Ministry of Economy, Trade, and Industry, there were 18,000 ramen restaurants in Japan in 2016, an increase of 1,000 since 2012. The company says that while the ramen trade is characterized by a having lower barrier to entry than other industries, there is currently an oversaturation of restaurants, which makes the market very competitive, forcing restaurants to embark on pricing strategies such as issuing discount coupons to win customers.