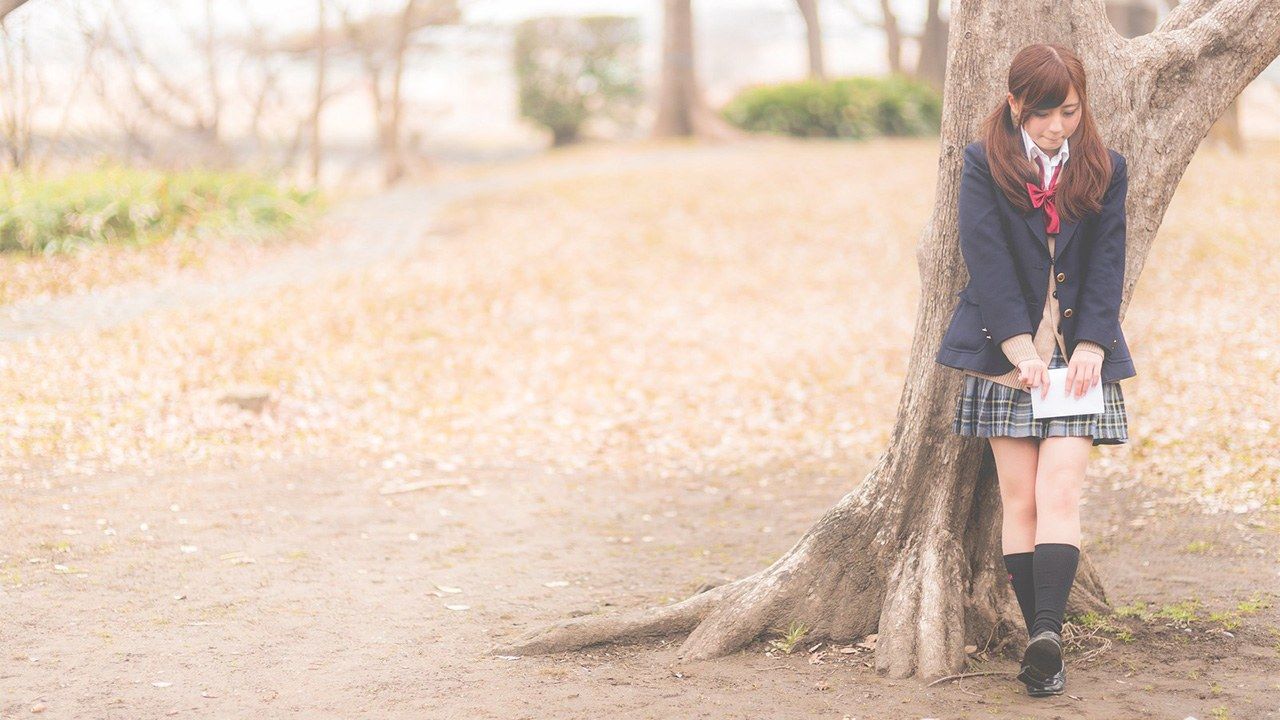 Japanese legwear company Okamoto conducted a nationwide survey asking in which season high school girls do not wear legwear. Some 80% of respondents said summer and 70% said spring and summer. Meanwhile, 40% answered that even in winter they go bare-legged and by region, in Tokyo and Hiroshima this rose to more than 50%. Even in Hokkaidō, with its severely cold winters, one in every ten students goes bare-legged.

Students who said they did not wear stockings or tights even in winter were asked if they felt cold around their legs to which 84.1% answered that to a greater extent they did. 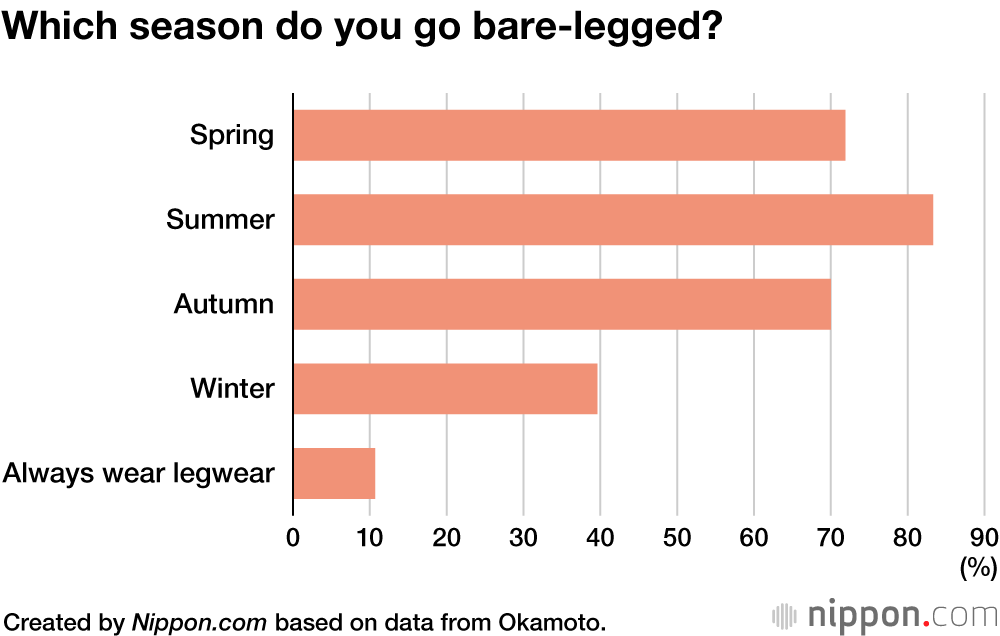 While 31.4% said they endured the cold because they thought it looked more stylish to have bare legs, 39.9% said they did not like wearing tights or stockings even in winter. 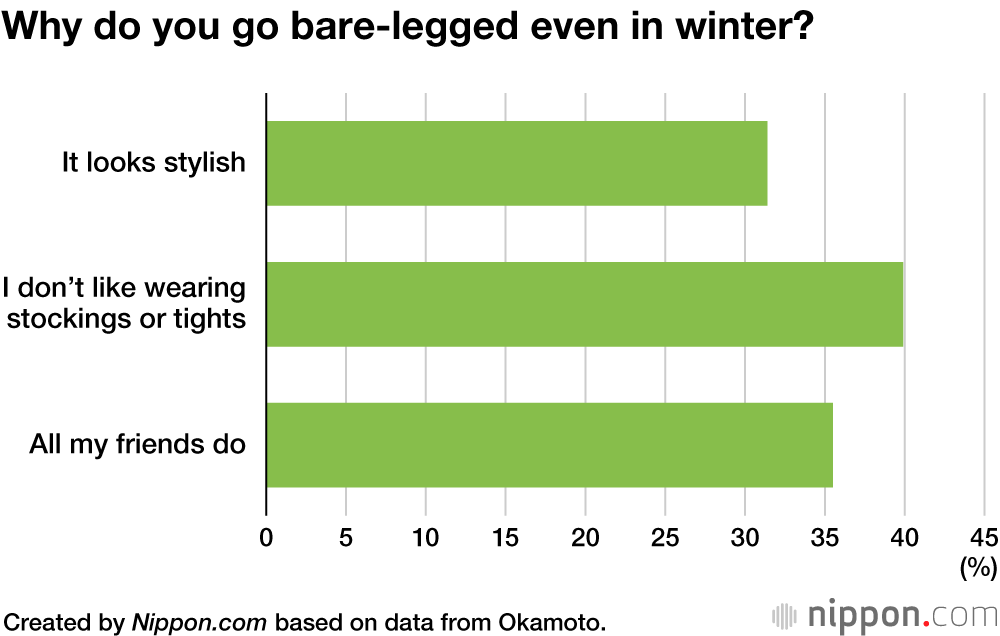 A question about skirt lengths found that Tokyo had the shortest skirts by far. A high rate of 50.5% of respondents in Tokyo answered that their skirts were above the knee, more than double that of other regions. The rate of responses for those who answered that their skirts came to below the knee were all around the 30% mark in areas other than Tokyo, while in the capital itself, the rate was only 7.9%. 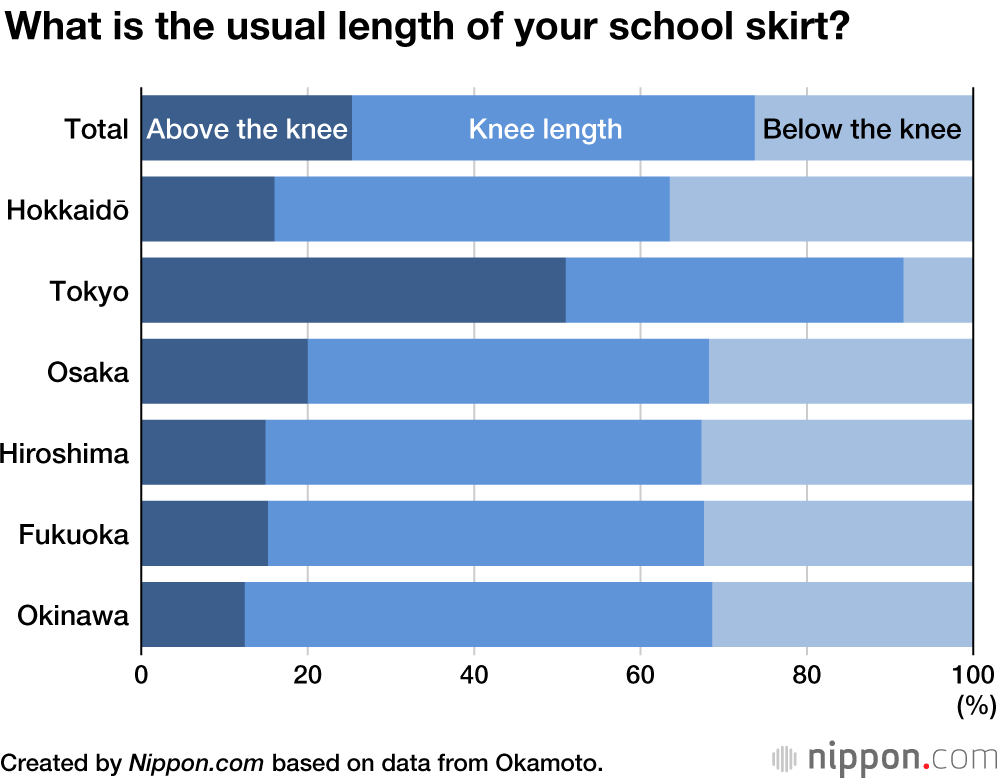