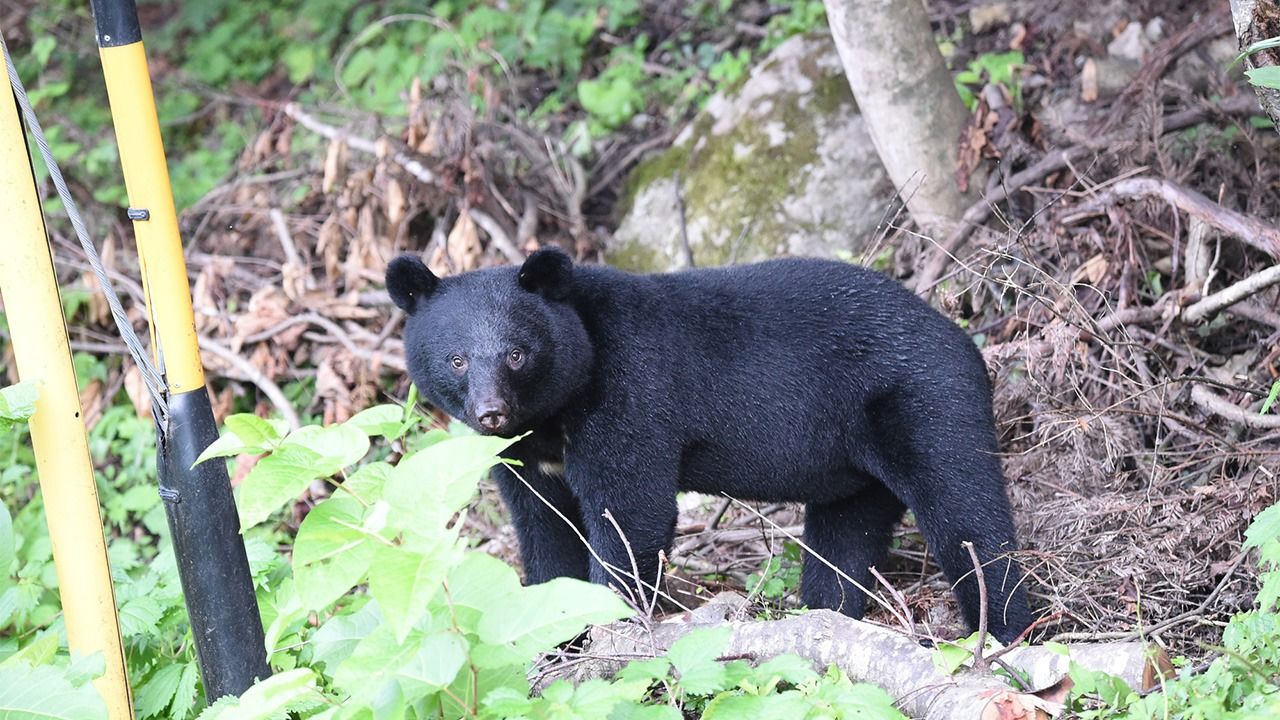 Bear Sightings on the Rise in Japan

Society Nov 2, 2020
Media reports on incursions of wild bears into rural villages and residential areas are becoming commonplace in Japan. 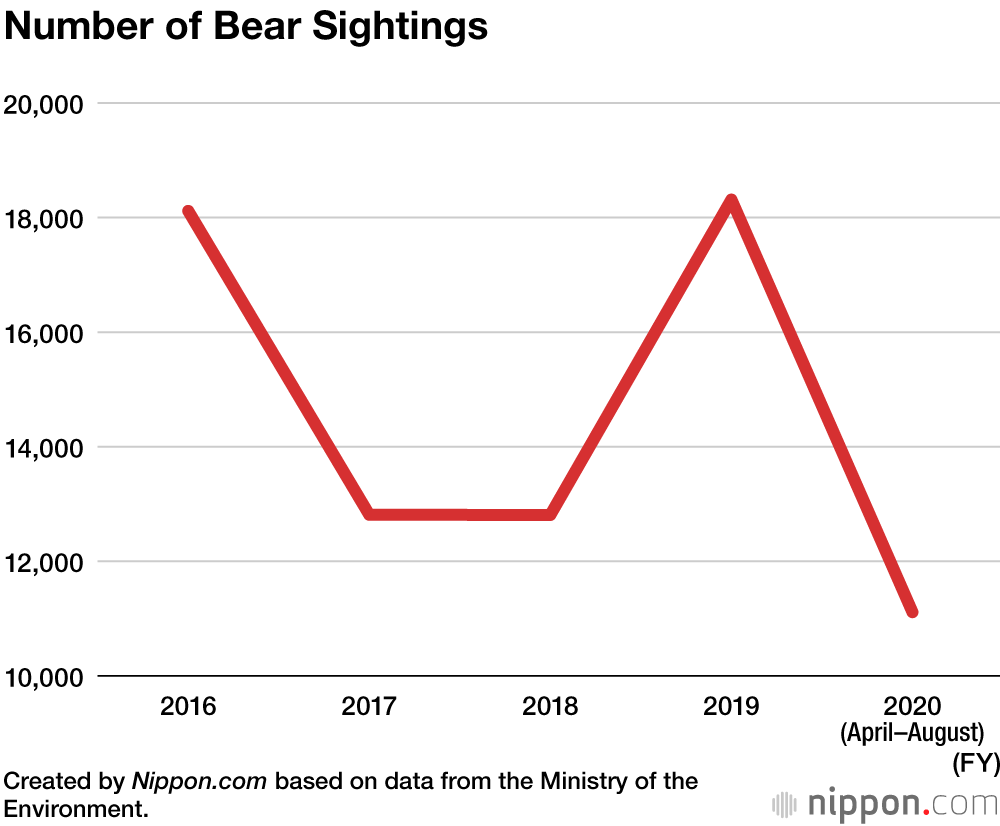 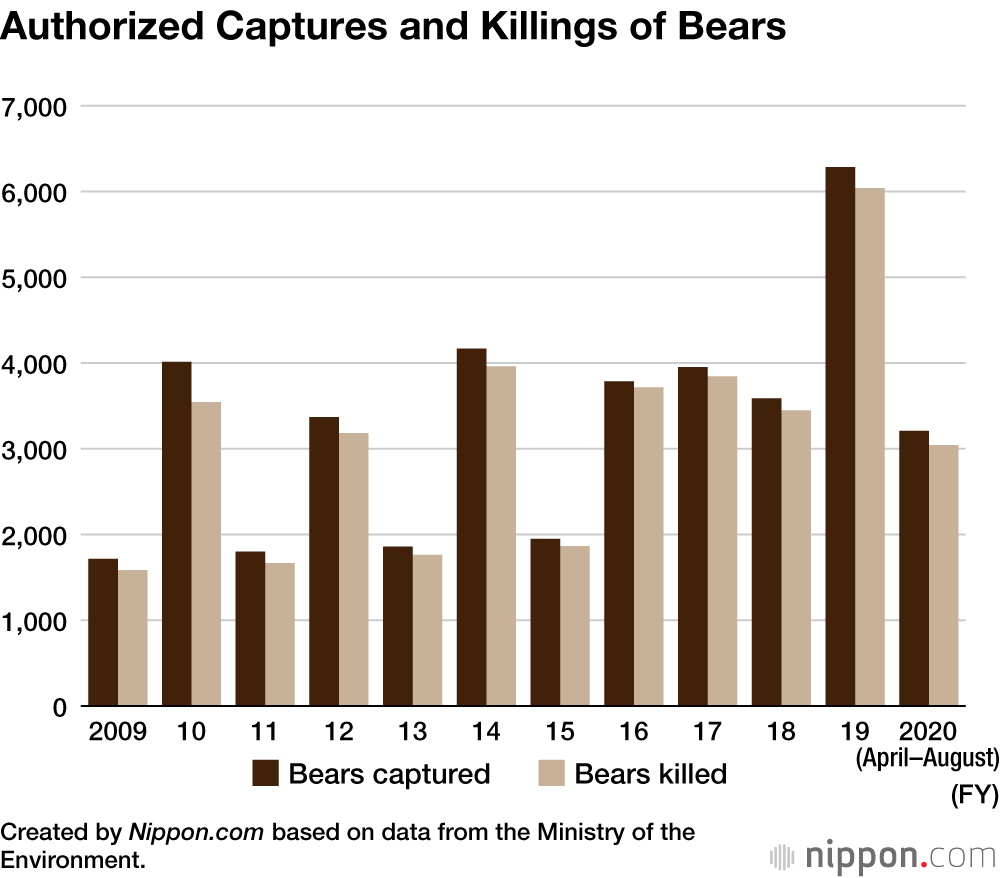 The number of bear attacks on humans is also on the rise. A preliminary statistical report from the Ministry of the Environment on injuries sustained from bear attacks shows that there were 140 bear attacks nationwide in fiscal 2019, a nearly threefold increase over the 51 attacks in fiscal 2018. In fiscal 2020, there have been 56 attacks for the period from April to August, including a spate of attacks in Hokkaidō and the Chūbu region in central Honshū. 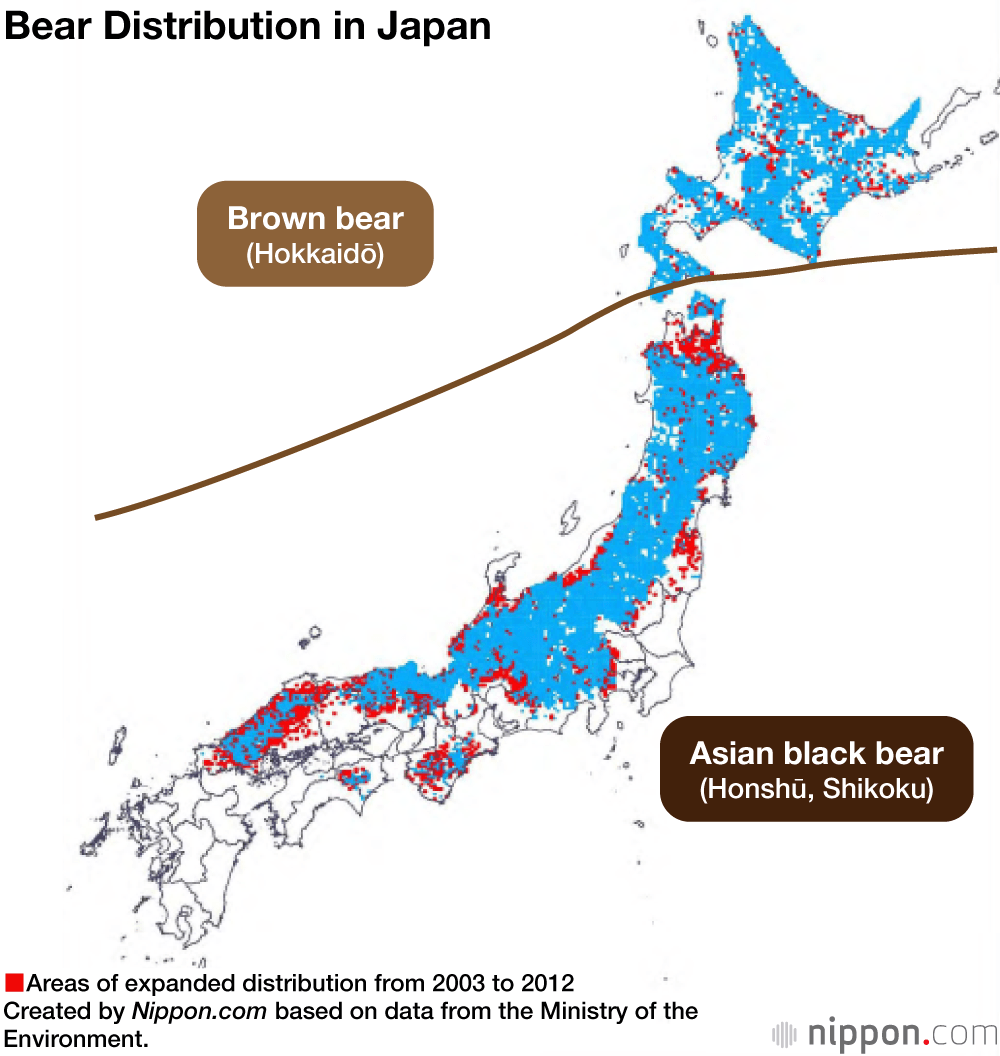 Recently, there have been a number of bear attacks on residential areas in Niigata Prefecture, and a woman in her seventies in the village of Sekikawa died from heavy bleeding on October 1. On October 7, an 83-year-old female resident of the town of Fujisato, Akita Prefecture, was attacked by a bear in a residential area and died a week later from a brain contusion.

A total of eight people were injured in the cities of Kaga and Hakusan in Ishikawa Prefecture from October 16 to 18, and on October 19 a bear broke into a shopping center in Kaga, resulting in the facility’s temporary closure.

In a typical year, the largest number of bear sightings are from around April, when bears awaken from hibernation, until just prior to their next hibernation in late autumn, around November. The reason for bears coming down from their normal mountain habitat to intrude on human settlements seems to be the lack of food sources such as acorns, due to increased typhoon damage. The Ministry of the Environment is calling on people living near areas with many bears to take precautionary measures by removing things that might attract bears, such as abandoned fruit trees, waste farm produce, and garbage, while also installing electric fences on farmland.