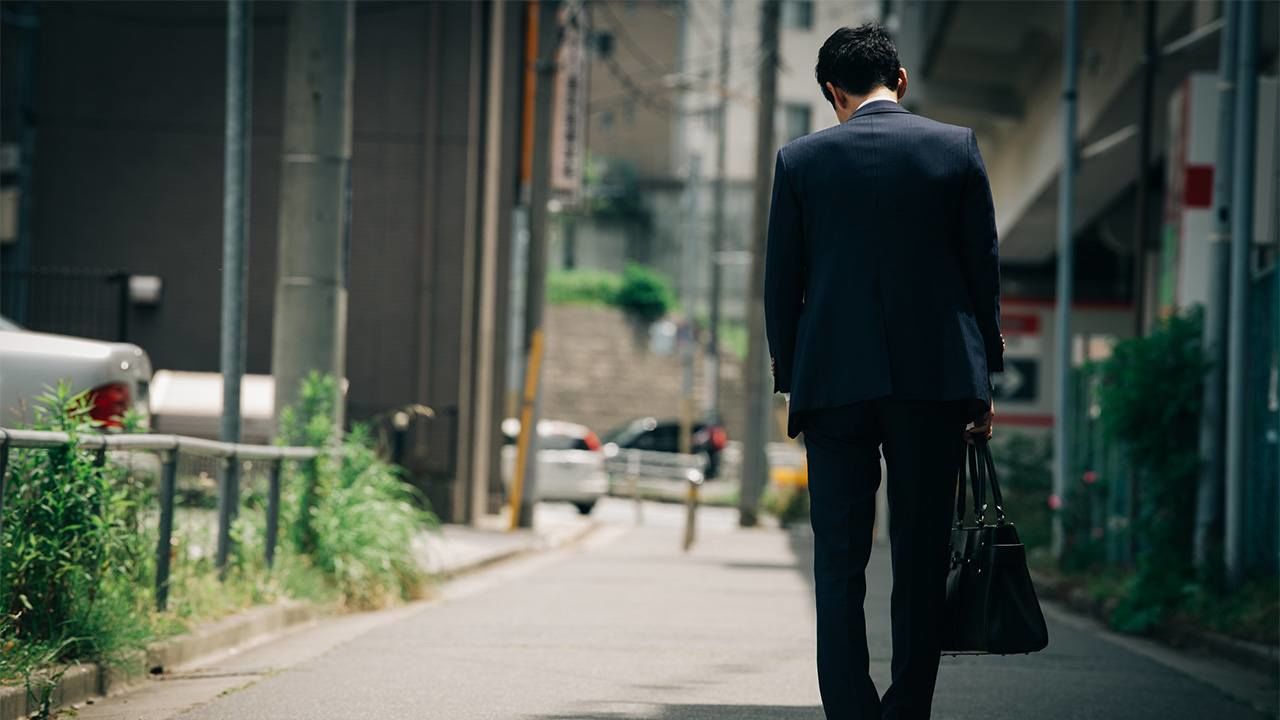 Economy Society Work Nov 26, 2020
As Japanese businesses seek to cut costs during the COVID-19 pandemic, many are asking employees to accept early or voluntary retirement.

A Tokyo Shōkō Research survey found that 72 listed companies in Japan were asking some employees to accept early or voluntary retirement, as of October 29, 2020. This is already more than twice as many as the 35 listed companies to do so throughout 2019, and the first time for the total to exceed 70 since 2010, when it reached 85. The number of employees being asked to retire as of the same date in 2020 is 14,095, which has also overtaken the overall total for 2019 of 11,351. 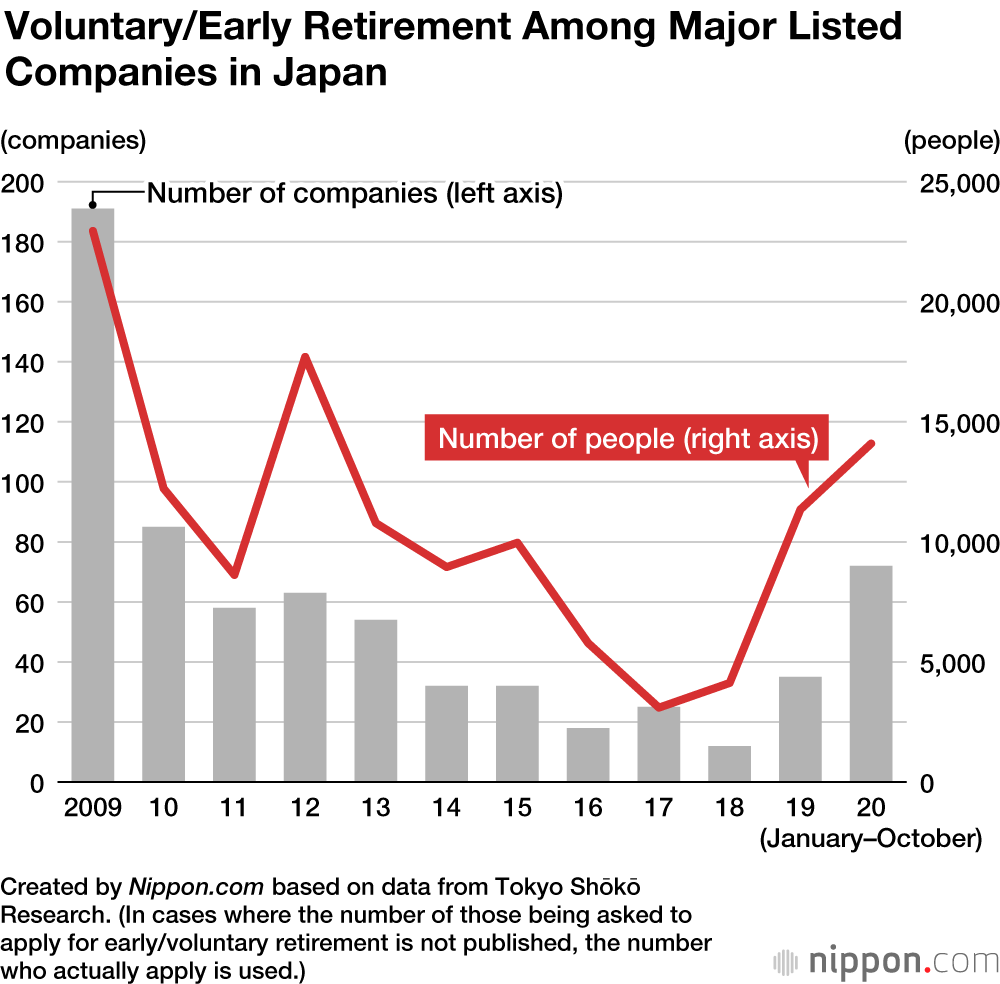 Among the 72 companies soliciting early or voluntary retirees, 29 reported that the main underlying factor was the impact of COVID-19. These included six each from the apparel/textile and dining industries, and five each from the electronics and service industries. Many companies have suffered serious downturns as people spend more time at home, spending less on clothing purchases and eating out.

Hitachi Metals sought the highest number of applicants for early or voluntary retirement, at 1,030 employees, followed by Leopalace21 at 1,000, Coca-Cola Bottlers Japan Holdings at 900, and FamilyMart at 800.

According to Tokyo Shōkō Research, some companies have had to swiftly reduce personnel costs to respond to the sudden slump in performance due to the COVID-19 crisis, and have lowered the age of eligibility for voluntary resignation schemes from those in their thirties to also include those in their twenties as well. The firm adds that the future impact of the pandemic on business performance is unclear, due to the contraction of markets at home and abroad. “It seems likely that the number of companies encouraging early or voluntary retirements will remain high in 2021.”