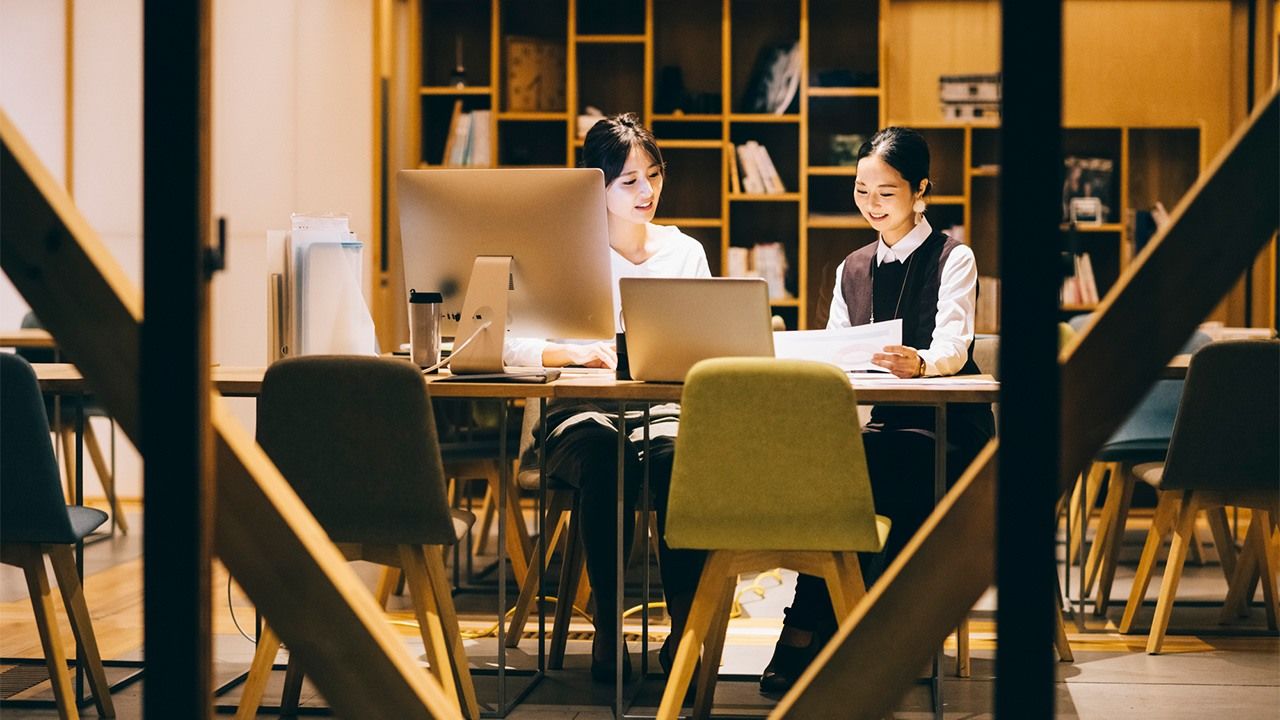 Work Society Nov 30, 2020
A recent survey found a significant drop in the proportion of women who want to develop their careers or become managers.

A 2020 survey by Sony Life Insurance shows a substantial drop over the previous year in the ratio of women who “actively want to develop their career” and who “would like to pursue a path to a managerial position.”

The company suggests that the dramatic changes in the workplace caused by the COVID-19 pandemic may well have dealt a blow to women’s ambitions.

The survey on women and work has been conducted every one or two years since 2013. The current edition is the sixth, and saw replies from a total of 1,000 women aged between 20 and 69. When the 594 employed women were asked whether they were satisfied with their current life, positive responses, combining “strongly agree” and “somewhat agree,” totaled 49.3%. 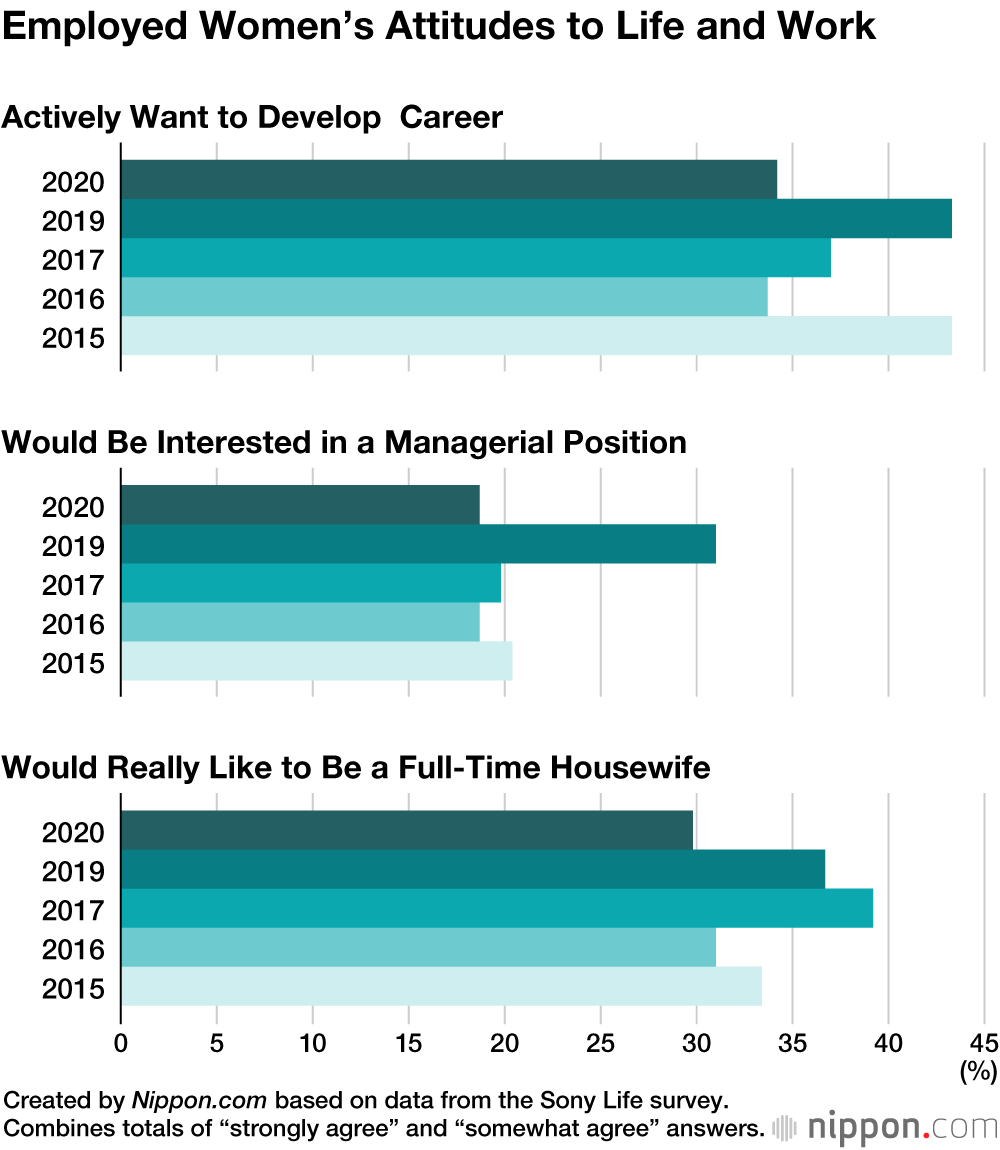 In addition, 66.8% of women in employment responded that women face many disadvantages in the workplace. Answers to the question on the kind of support in the workplace they seek included, “the introduction of shorter working hours depending on the age of children” (20.0%), “subsidies towards the cost of raising children” (18.7%), “reform of long working hours” (17.7%), and “the introduction of working from home” (15.8%).

Created by Nippon.com based on data by Sony Life. Multiple responses were possible.