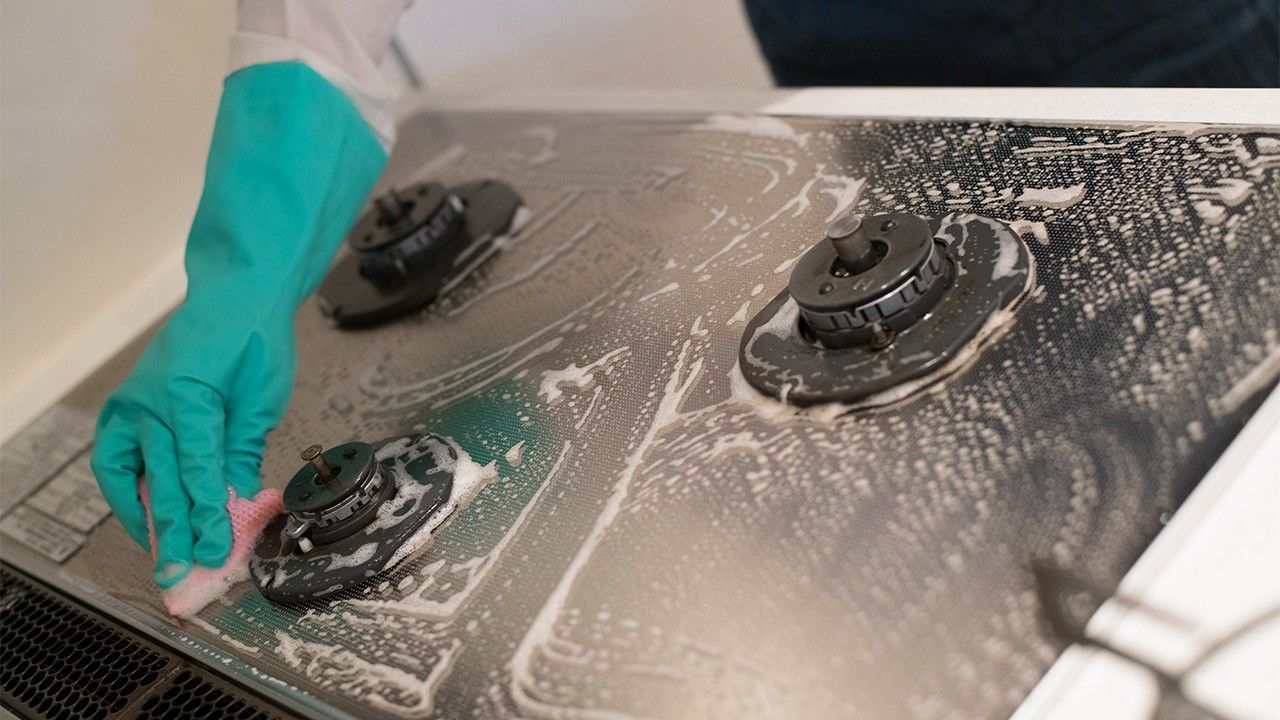 Lifestyle Family Nov 25, 2020
A survey shows more people in Japan seeing the importance of household cleaning, and even enjoying it.

For people who previously mainly treated their residences as a place to sleep, working from home may have opened their eyes to dirty kitchens or unidentified leftovers in the fridge, inspiring greater attention to housework. A thorough year-end cleaning might be just the thing to sweep away the discontent of a difficult year.

An online survey of 2,080 men and women in Japan aged 20 or older conducted by cleaning equipment company Duskin found that 71.2% of respondents intended to do a major year-end cleaning of their house, greatly exceeding the 52.5% who actually did one in 2019, which was the lowest level since the survey was first conducted in 2005. The main areas of the house for year-end cleaning are the stove ventilation fan and the kitchen as a whole, according to 19.5% and 17.8% of the respondents, respectively. 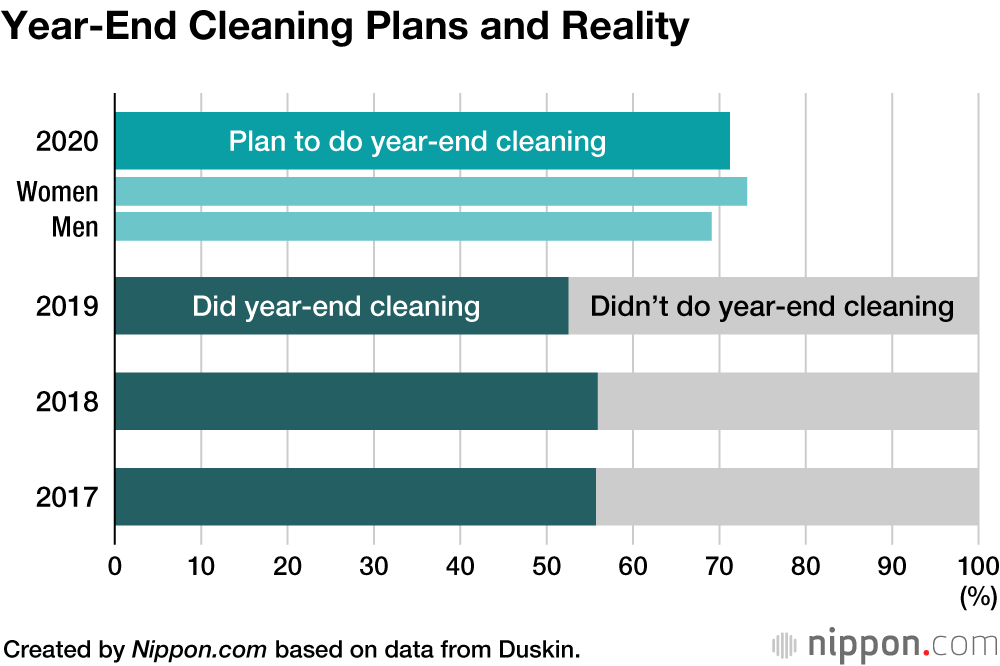 Among those surveyed, 34.4% increased the frequency and time spent on cleaning during the COVID-19 pandemic. Some of the survey respondents noted that they have begun cleaning their homes more diligently as part of their effort to prevent infection. A 61-year-old man said, “I want to minimize the amount of bacteria clinging to furniture, tables, and doorknobs,” while a 51-year-old woman commented, “I started cleaning more frequently because I thought it would reduce bacteria.” Others mentioned that spending more time at home during the state of emergency or due to telework has changed their attitude toward cleaning. A 47-year-old man said, “I’ve become more aware of places that are dirty,”  and a 52-year-old woman noted, “Since I’m using the toilet and kitchen more often, it bothers me more when they’re dirty.” 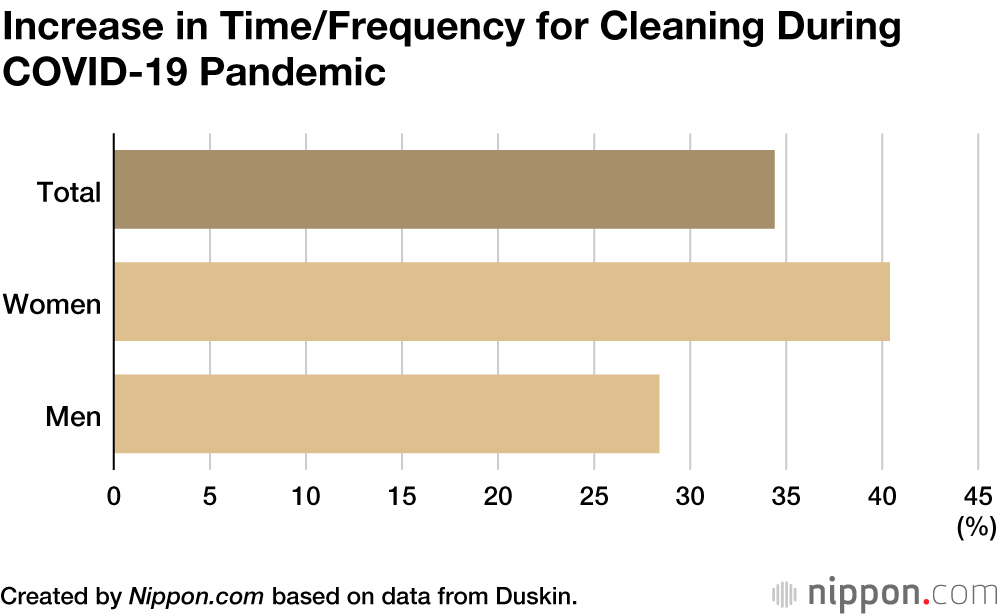 Among those whose attitude toward cleaning has changed amidst the pandemic, 91.9% said that they realized the importance of careful cleaning. Some also expressed a sense of enjoyment from the activity occupying their attention and giving them a sense of accomplishment, rather than viewing it as a chore. Duskin noted that the change in people’s awareness seems to be linked to the greater desire to do year-end cleaning. 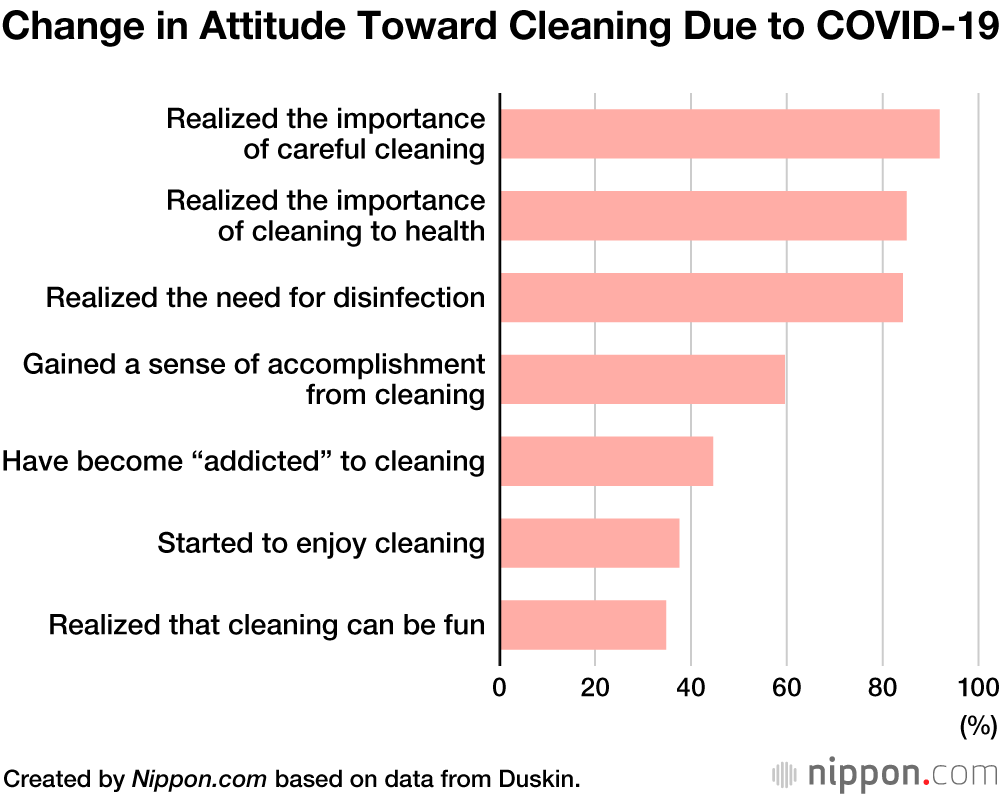