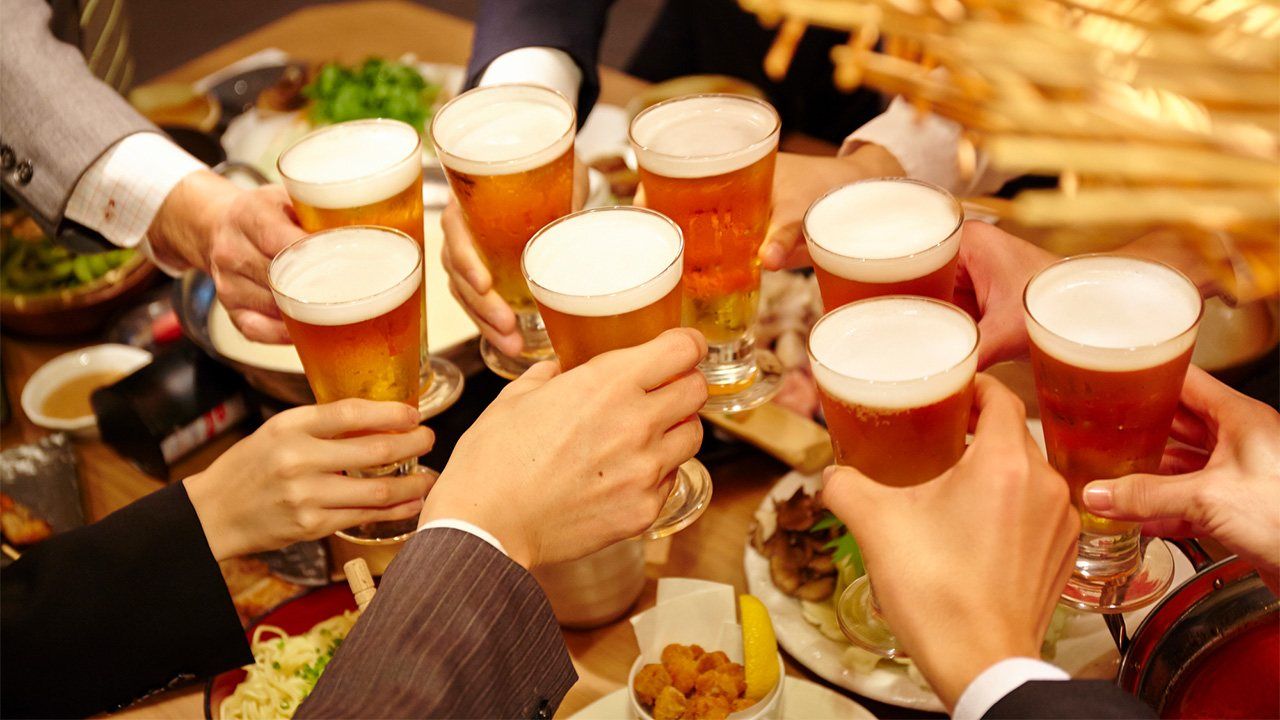 Society Dec 2, 2020
Over 90% of the respondents to a recent survey by a private company were concerned about the risk of infection from attending year-end parties related to work.

A survey on how the COVID-19 pandemic will affect year-end parties in Japan found that 24.6% of respondents did not want and 36.9% did not really want to attend a work-related year-end party. This means that over 60% of the respondents in the survey by Japan Food Delivery, which supplies food to corporate customers, were not eager to take part. Meanwhile, those who either wanted or somewhat wanted to attend totaled 38.5%. 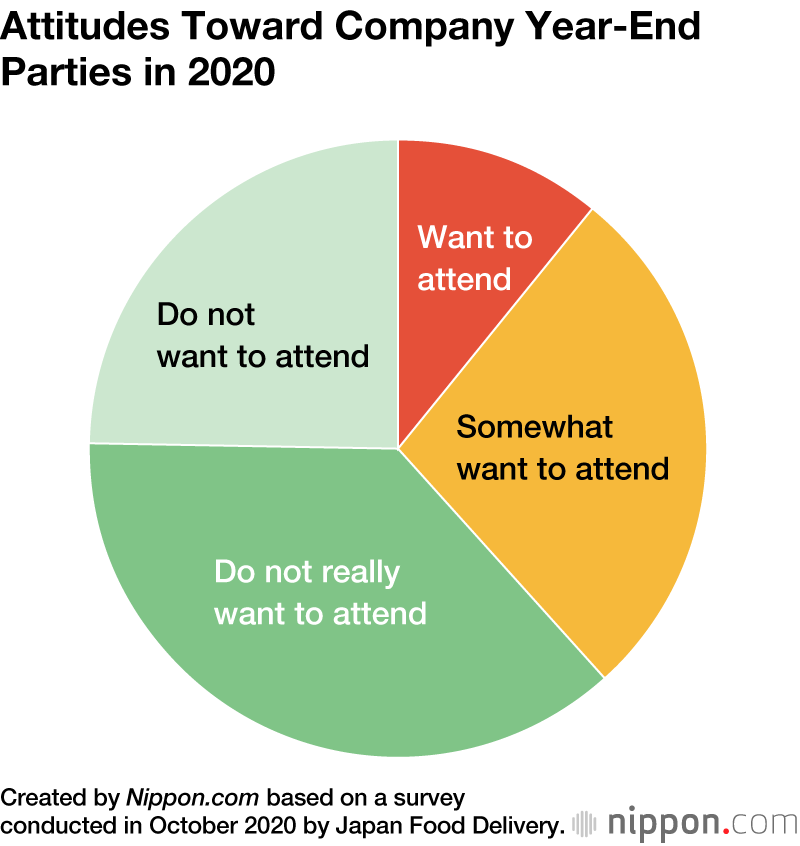 The survey was conducted for 852 male and female employees (aged 20 or older) from October 7 to 13. The most common reason cited for not wanting to take part in a year-end party, mentioned by 88.6% of respondents, was the “concern about COVID-19 infection,” followed by those who “do not want to spend time after work for workplace events,” at 30.0%, and those who said such parties are “exhausting, so they cannot enjoy them,” at 27.1%.

Among the respondents, 54.1% said that the risks of infection from attending a year-end party were “high,” while 40.8% said they were “relatively high,” so that well over 90% expressed concerns regarding the safety of such an event. 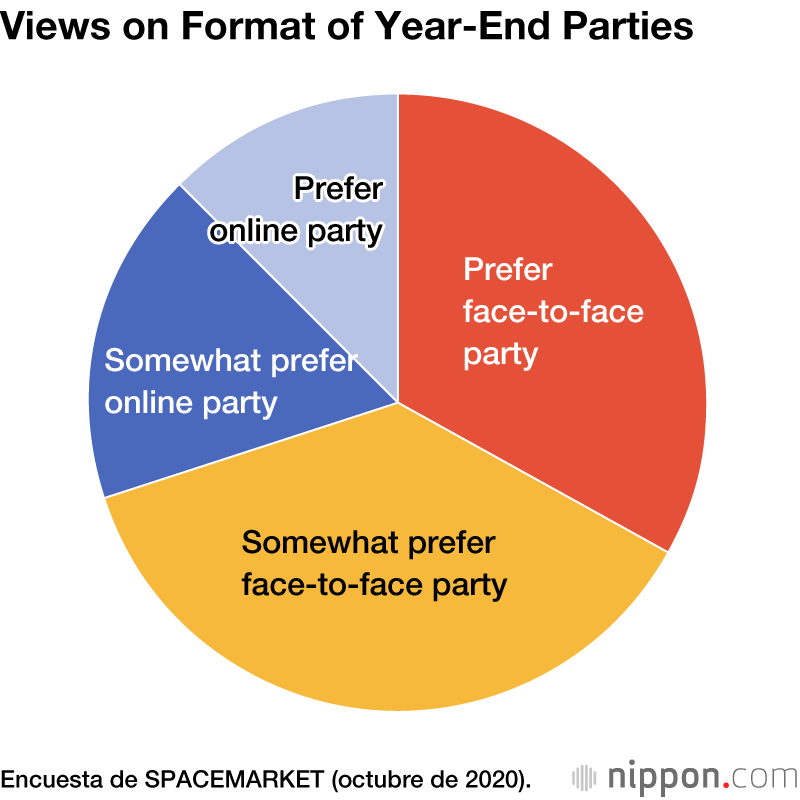