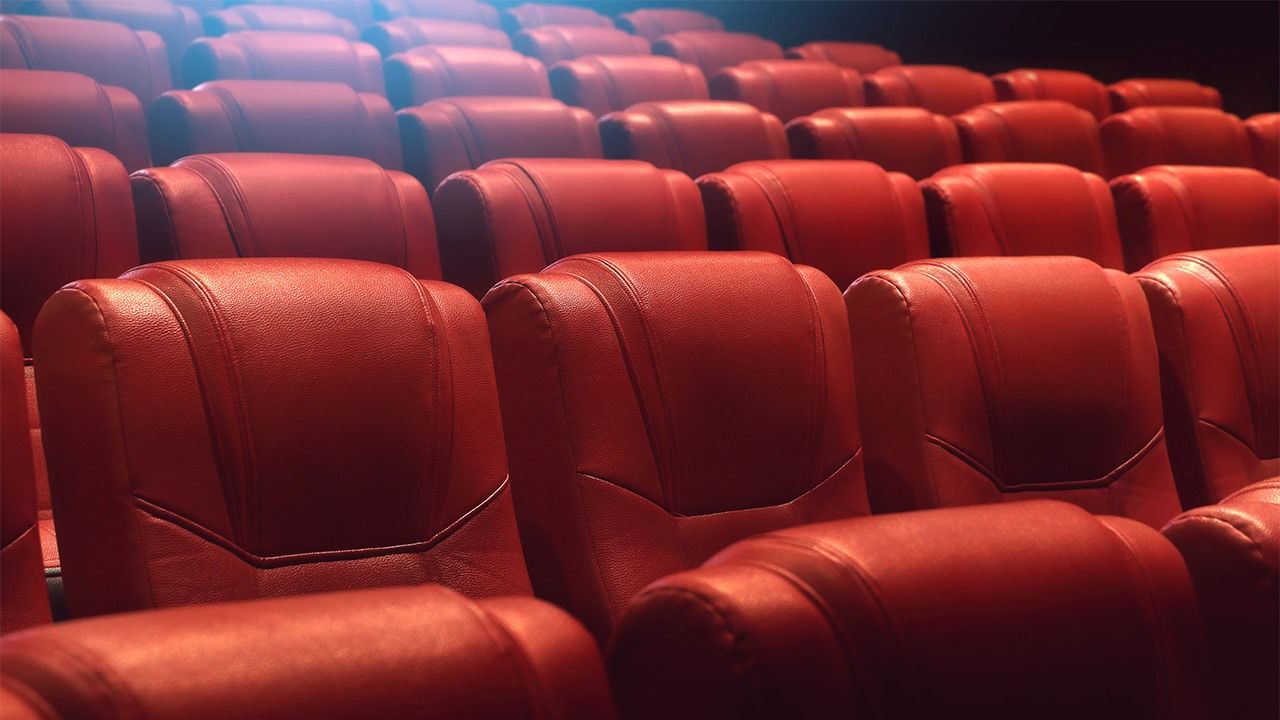 According to research by business intelligence provider Teikoku Databank, earnings for Japan’s 97 movie theater companies totaled over ¥322 billion in fiscal 2019, an 8.8% increase over the previous year (based on companies whose data was available for five consecutive years from 2014–19).

Revenue in 2019 was boosted by an increase in the number of movies released, including box office hits such as Weathering with You, Frozen 2, Aladdin, and Toy Story 4, which each earned over ¥10 billion. 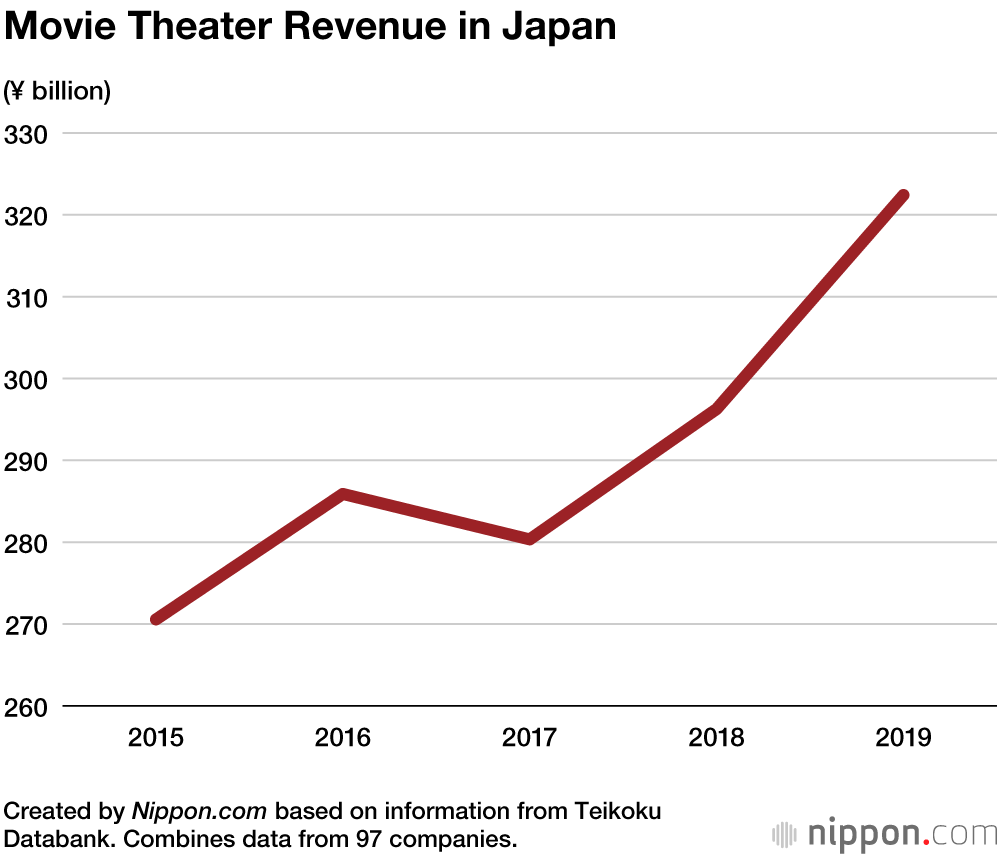 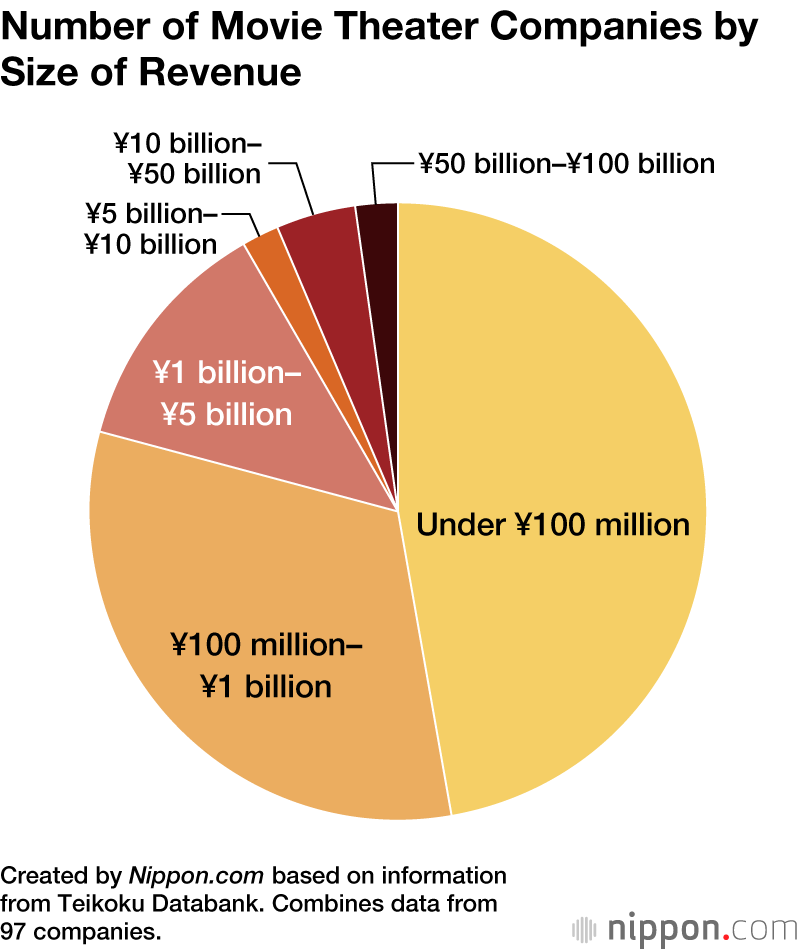 With 660 screens at 70 cinemas across Japan (as of February 2020), Tōhō Cinemas was the highest earning operator, with revenue of over ¥91 billion in fiscal 2019. The top five earners were all multiplex operators, whose revenue totaled over ¥246 billion, accounting for 75% of all business.

Seven of the eight largest operators, with revenue over ¥5 billion, enjoyed increased earnings, while growth was flat for the eighth. Sales also leveled off for 40 of the small-scale companies with earnings under ¥1 billion. Another 17 small operators suffered a fall in revenue, and are struggling to survive. The figures clearly show the polarization in industry between the large and small-scale operators.

Created by Nippon.com based on data from Teikoku Databank. Here, ±3% is considered “level.”

During 2020, the COVID-19 pandemic led to cinemas being closed under Japan’s state of emergency. Since reopening, they have faced capacity limitations and restrictions on food and drink consumption, posing unprecedented hurdles to profitable operations. One glimmer of hope was the October release of the movie version of Demon Slayer: Mugen Train, which has already overtaken the more than ¥26 billion earned by the 1997 film Titanic to become the second highest grossing film ever in Japan, after Spirited Away. Although this is great news for the industry overall, it offers no joy to small operators that do not carry the film. Teikoku Databank noted that polarization between large and small operators is increasing, and that the latter face a growing risk of closure or bankruptcy.