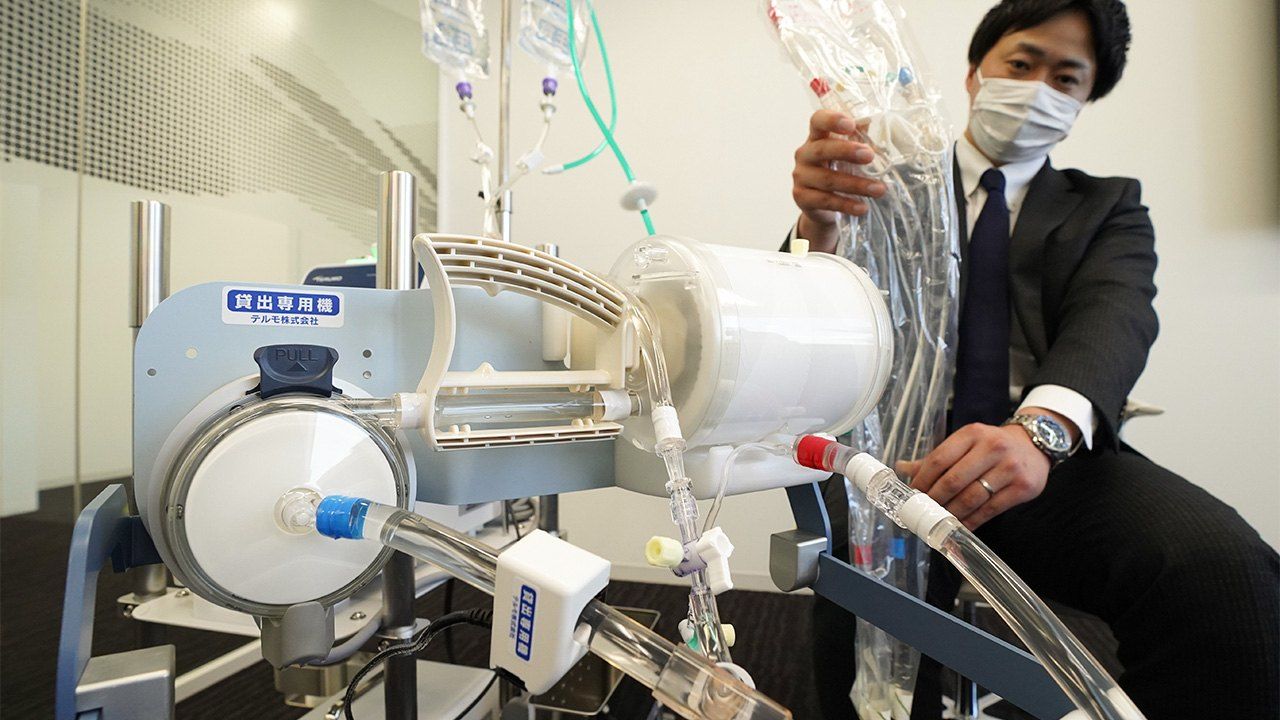 Economy Society Work Dec 17, 2020
The Japanese companies to celebrate 100 years since their founding in 2021 include Terumo, which supplies ECMO devices currently being used to treat COVID-19 severe cases.

Terumo, known for its household thermometers, was founded by Kitasato Shibasaburō and other physicians in 1921. It went on to be the first company in Japan to sell disposable syringes and blood bags and has played a role in the improvement of operating and hospital room environments. In 2020 though, it has gained most prominence as a supplier of extracorporeal membrane oxygenation (ECMO) devices, which are used to treat severe cases of COVID-19. In 2021, Terumo will celebrate its hundredth anniversary.

For historical perspective, 1921 was three years after the end of World War I and two years before the Great Kantō Earthquake. These longstanding companies have stayed in business for a century, serving society’s needs

(Translated from Japanese. Banner photo: A Terumo ECMO device that acts as a patient’s heart and lungs. © Jiji.)