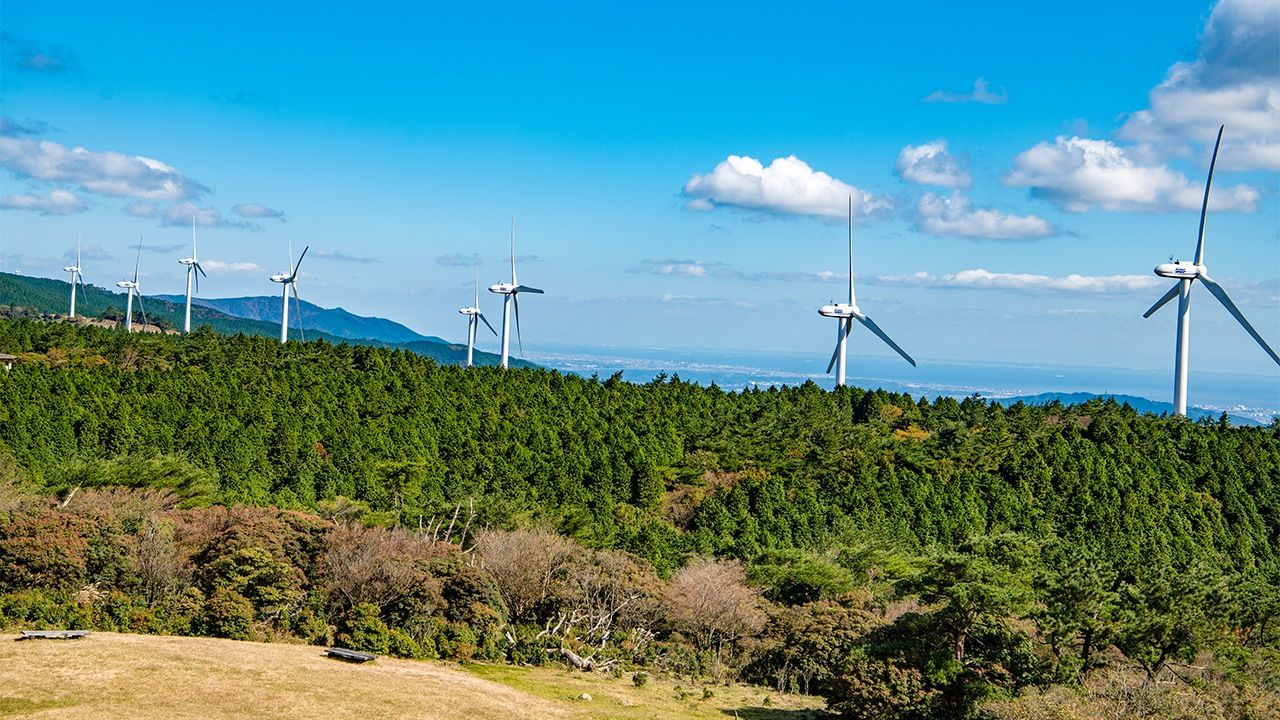 Japan Had Lowest Greenhouse Gas Emissions on Record in Fiscal 2019

Environment Society Economy Dec 28, 2020
Japan’s greenhouse gas emissions have fallen steadily over the last six years, but achieving the goal of reducing them to zero by 2050 will still be a serious challenge.

Preliminary figures from the Ministry of the Environment indicate that Japan’s greenhouse gas emissions fell year-on-year by 2.7% to 1.21 billion tons (carbon dioxide equivalent) in 2019, in the sixth consecutive annual decrease. This was an even lower volume than for 2018, which had been the lowest on record since calculations began in 1990. 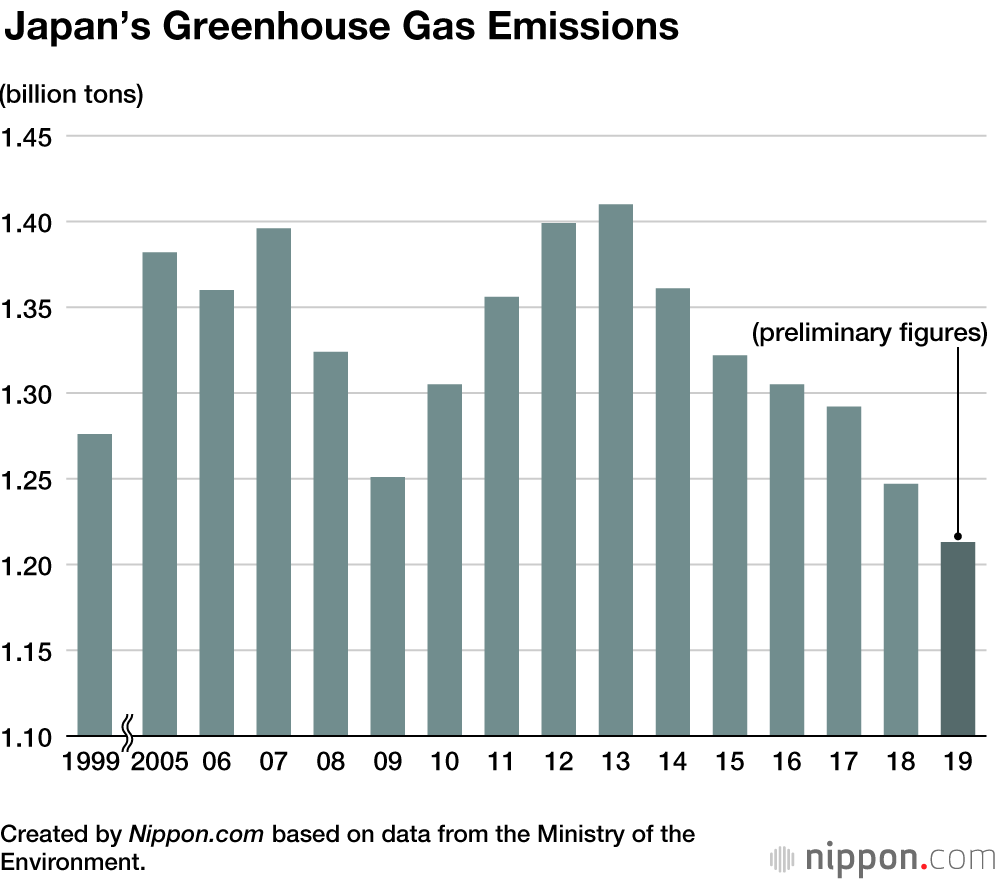 The nuclear accident in 2011 at Fukushima Daiichi Nuclear Power Station, caused by the Great East Japan Earthquake led to nuclear power stations across the country ceasing operations. This caused greenhouse gas emissions to rise to 1.41 billion tons in 2013. After this, however, there was a decrease in the proportion of power generated by oil-fired thermal plants, while the ratio for renewable energy rose, bringing a fall in the volume of emissions. The further decrease in 2019 is thought to have been due to a drop in production in the manufacturing industry, caused in part by US-China trade friction. 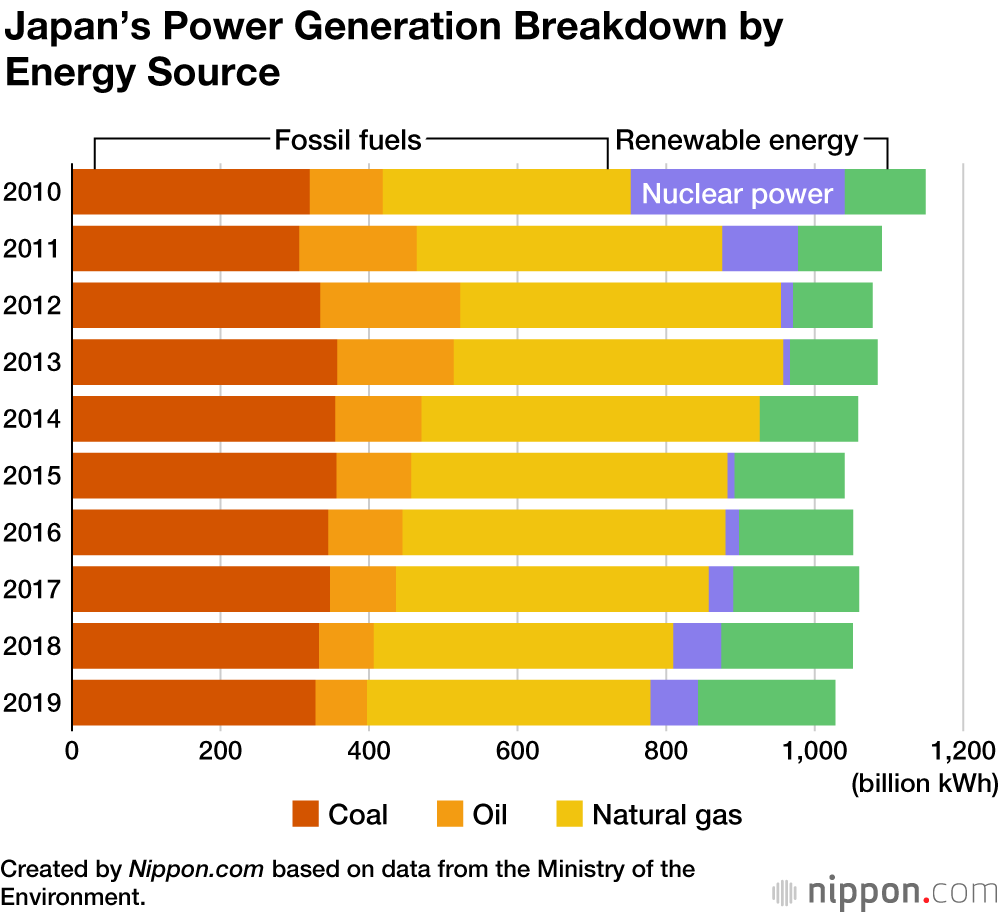 Prime Minister Suga Yoshihide has set a goal of reducing Japan’s greenhouse gas emissions to net zero by 2050. In order to achieve this, further efforts will be needed to control emissions, through a series of changes in society and advances in technological development.