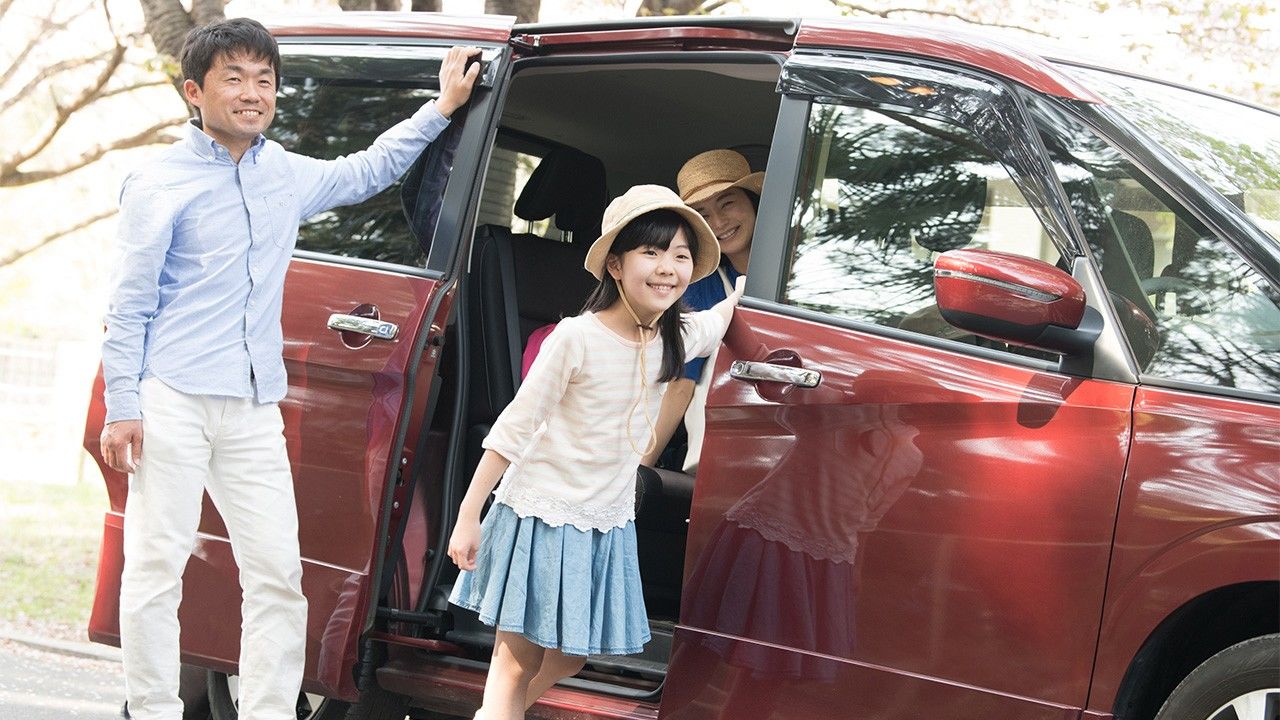 Economy Jan 5, 2021
Total distance traveled and maintenance costs for privately owned cars in Japan in 2020 saw a decrease from the year before, possibly because people have been staying home more due to the COVID-19 pandemic. 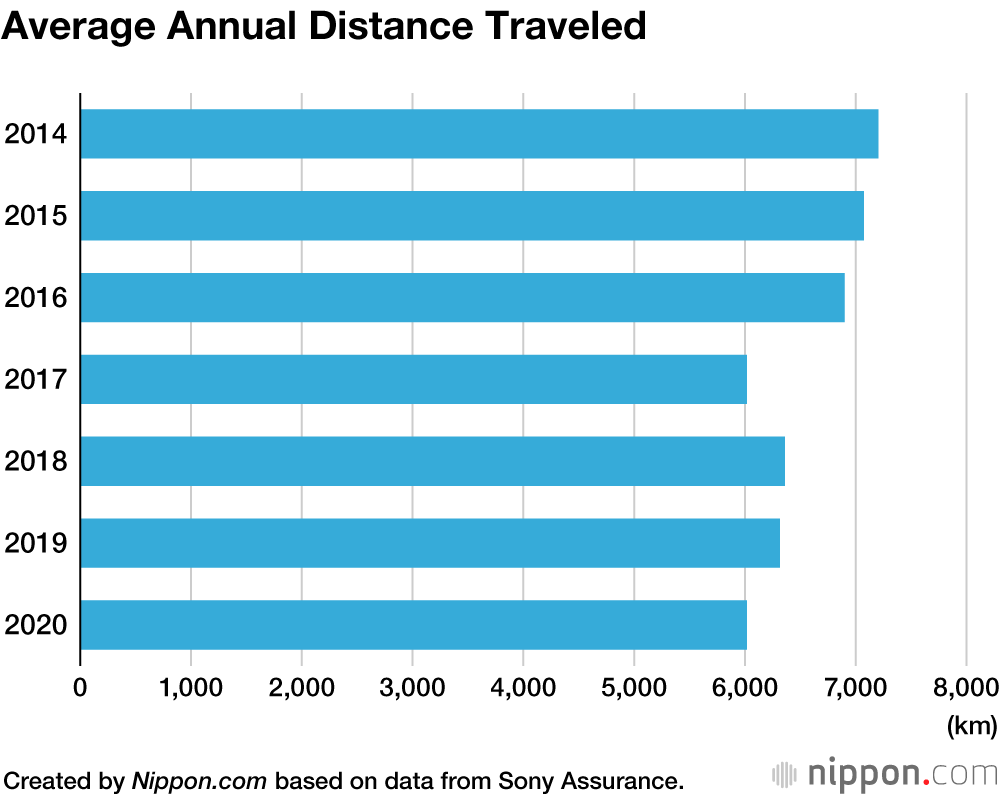 Monthly maintenance costs also fell by ¥1,500 from ¥12,400 in 2019 and were the lowest on record since the survey began. The COVID-19 pandemic has had an added effect as people have not been going out as much, so they have not been buying gasoline or paying for parking. 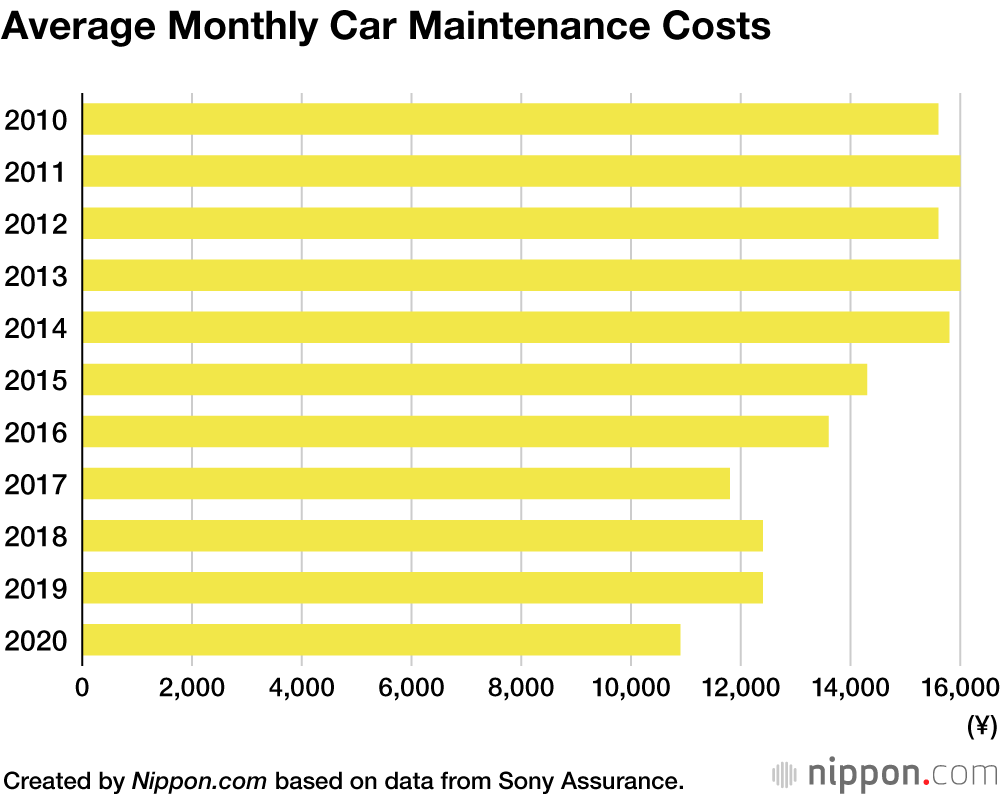 When car owners were asked which expenses they felt were a burden, the most popular response with 67.9% was vehicle tax, followed by 64.6% for vehicle safety inspection fees, 51.6% for car insurance, and 50.9% for gasoline and fuel costs. For parking fees, 45.1% of owners in larger cities felt they were a burden compared to 18.6% in smaller municipalities, showing a 25.6-point difference. 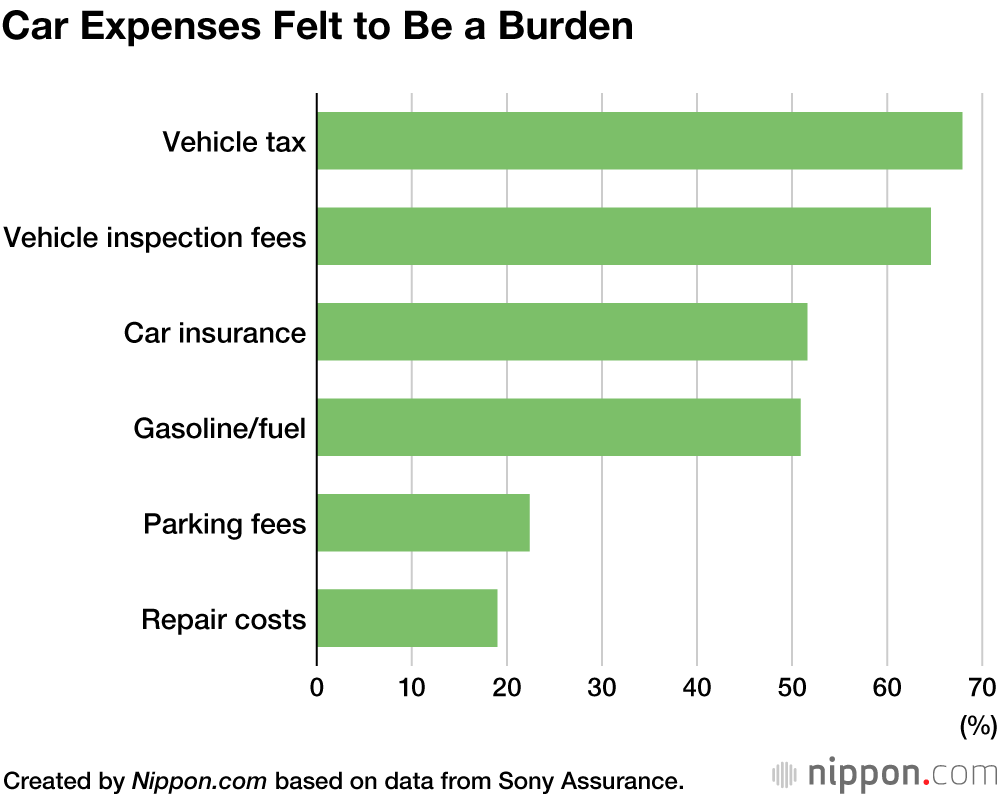 The number of people who felt burdened by gasoline and fuel costs fell for a second consecutive year, partly due to lower gasoline prices. 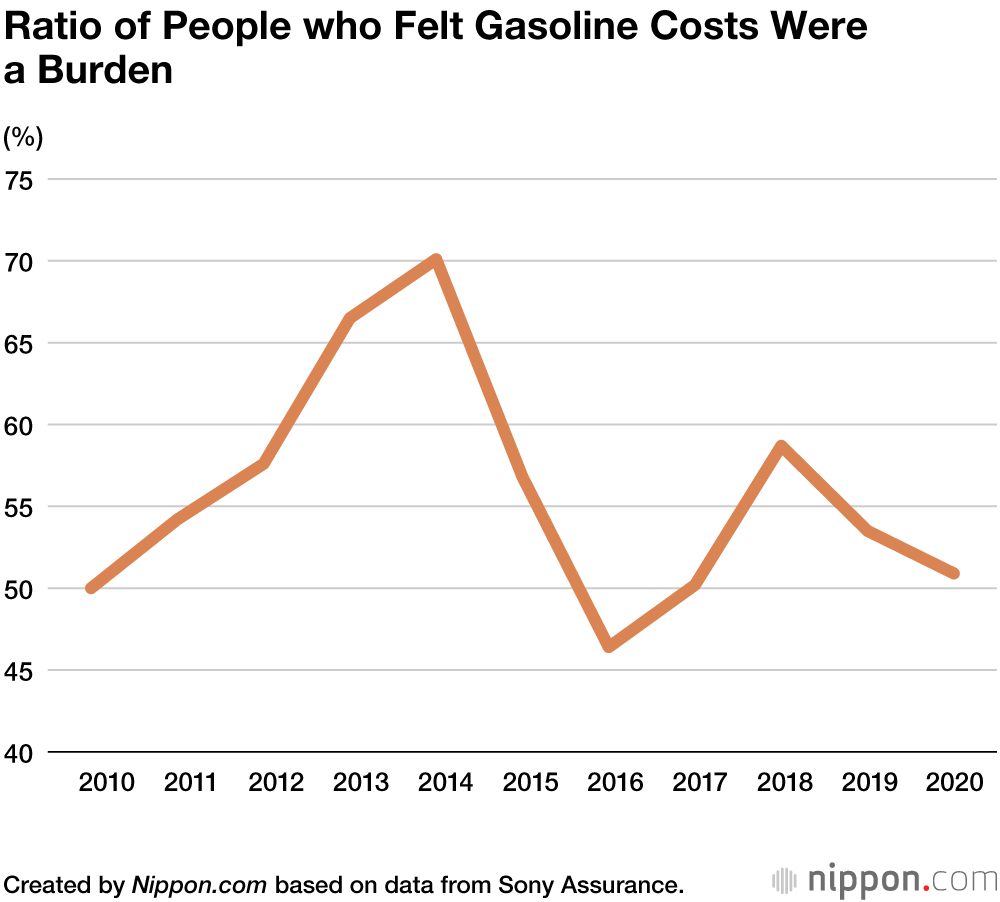 The Sony Assurance survey, which received 1,000 valid responses, was conducted online and targeted men and women between the ages of 18 and 59 who privately own a car and drive it at least once a month.