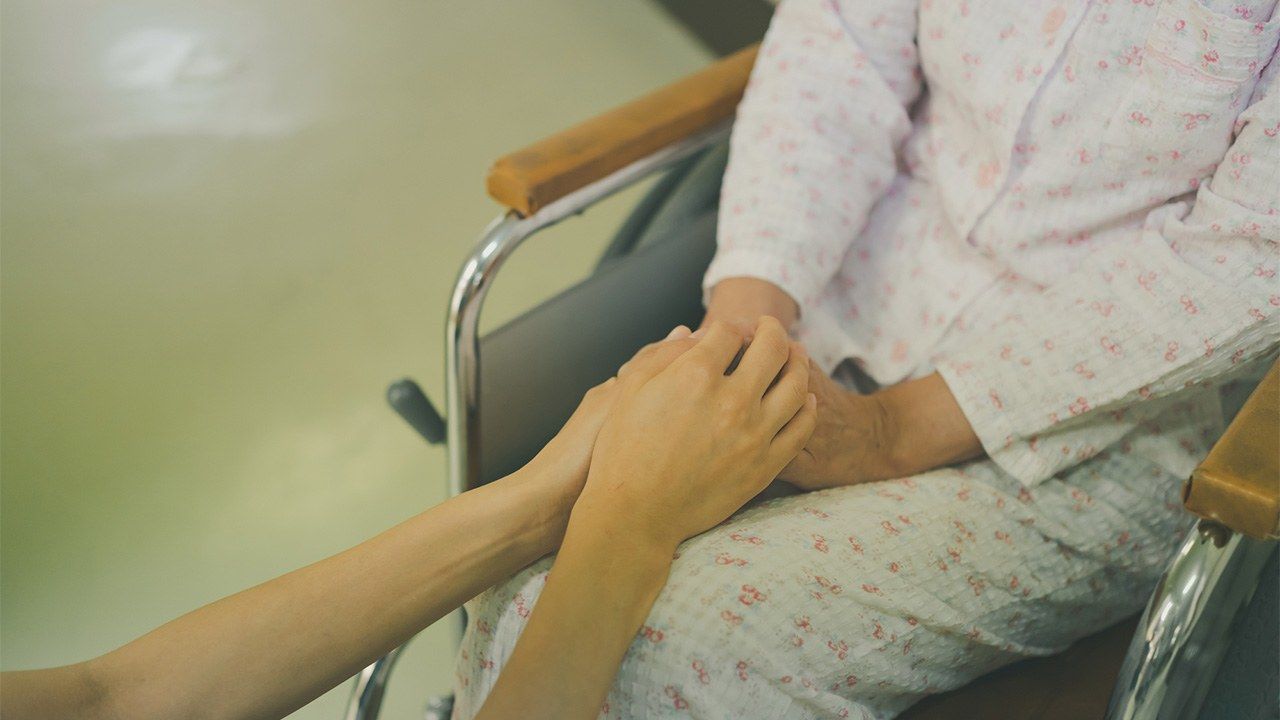 Society Health Jan 20, 2021
Every year in Japan over 1.3 million people lose their lives to cancer. A survey of surviving family members of the deceased found that over half of the cancer victims suffered considerable pain during the month leading up to their death.

Since fiscal 2017, the Ministry of Health, Labor, and Welfare has commissioned the Center for Cancer Control and Information Services of the National Cancer Center to conduct a nationwide survey of relatives of people aged 20 or over who died of one of five types of diseases including cancer. The aim of the survey is to improve medical care and the medical treatment environment by gauging the actual situation for care and treatment.

The survey for fiscal 2018 was conducted from the end of January to March, with 12,900 responses received concerning cancer victims. The location at time of death was as follows: 3,765 at hospitals, 2,824 at nursing care facilities, 5,364 at home, and 947 at palliative care wards. The survey results below are estimates that have been adjusted based on the statistics for total deaths.

The findings show that in the month leading up to patients’ deaths, 47.2% appeared not to experience much pain, whereas the remaining majority seemed to feel a significant degree of pain. The highest proportion of patients who did not experience much pain were those who spent their final days in a palliative care ward, at 59.5%. 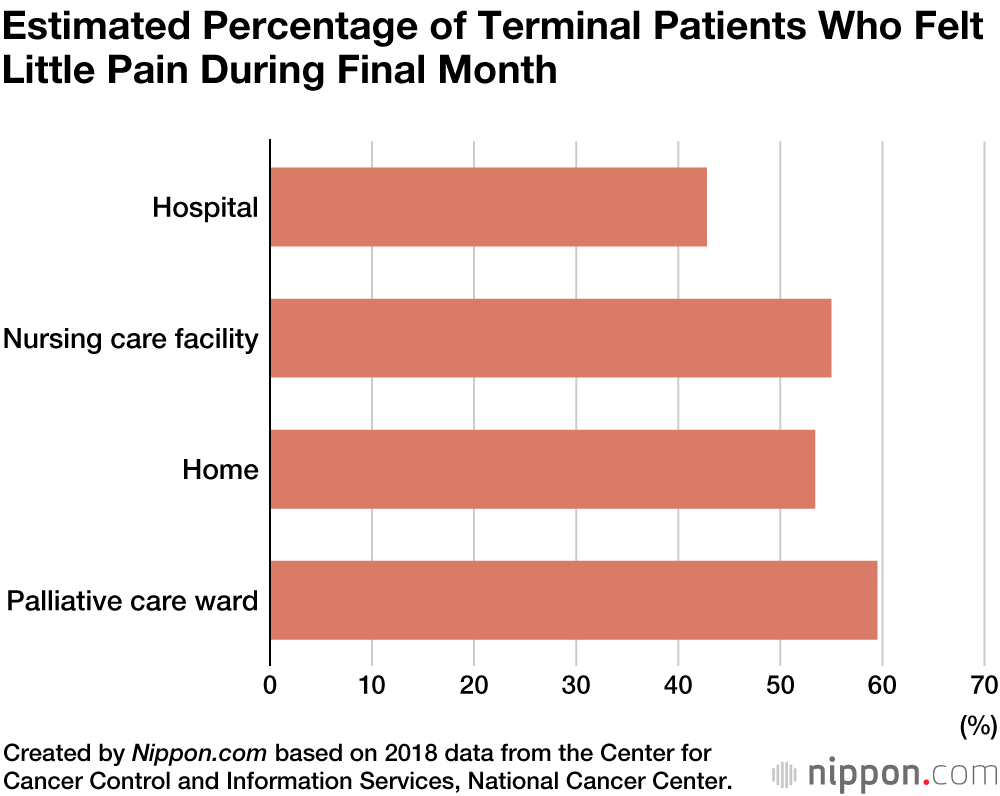 Among the terminal patients, 47.7% were able to spend their final days in the place they wanted to be. Patients who died at home were estimated as having the greatest level of satisfaction, at 86.6%. Of these, relatives of 63.5% reported that they could spend their final days in peace. This is the highest proportion among all of the terminal patients.

Meanwhile, only 36.5% of the patients were reported as being able to adequately discuss with their physician preferences regarding the location of terminal care. The percentage was higher at 65.5% for those who ended up spending their final days at home, while it was less than 30% for those who were at a hospital or nursing care facility. 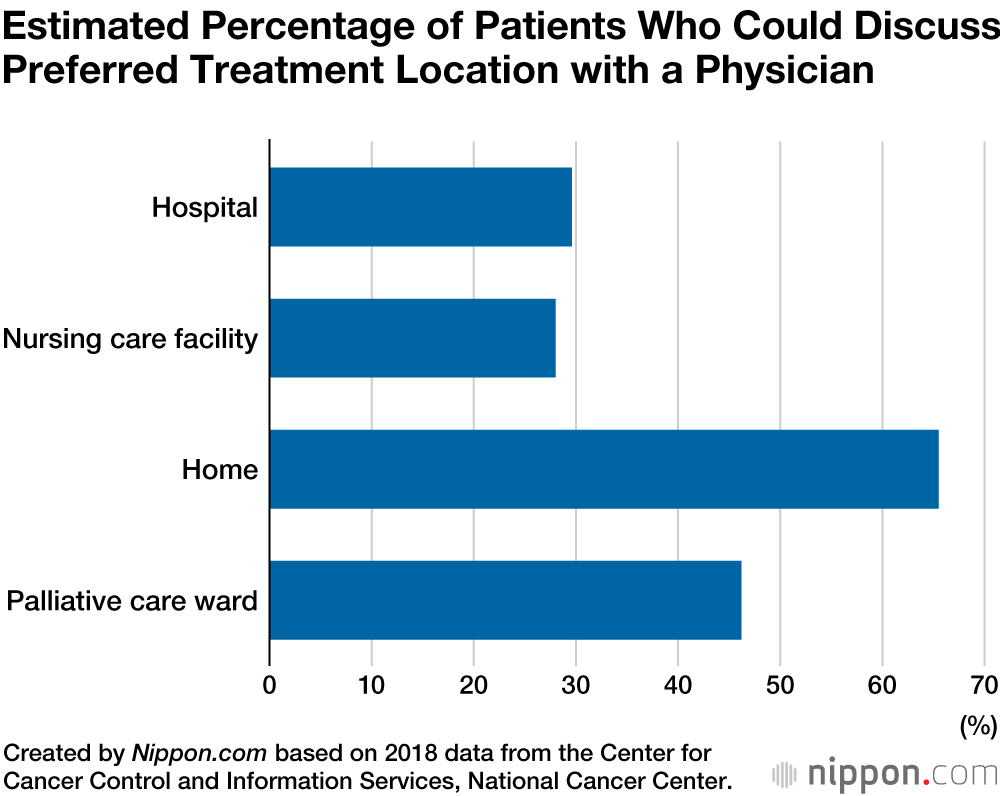