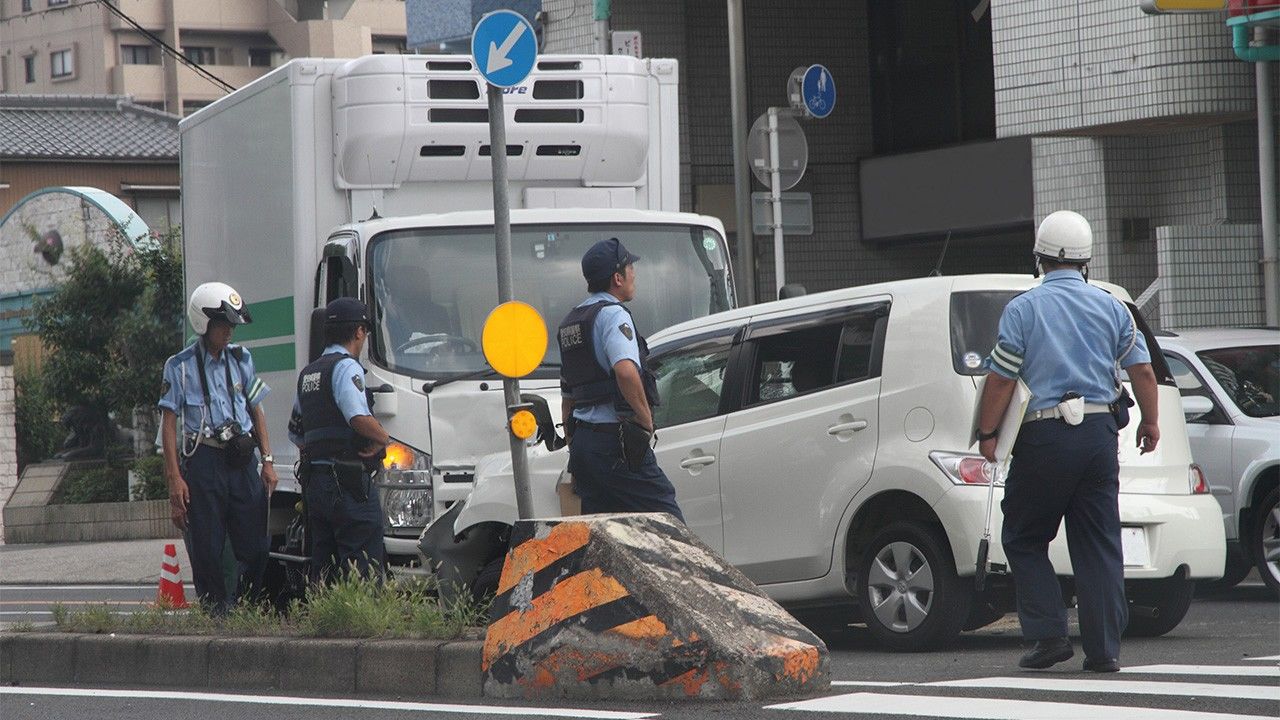 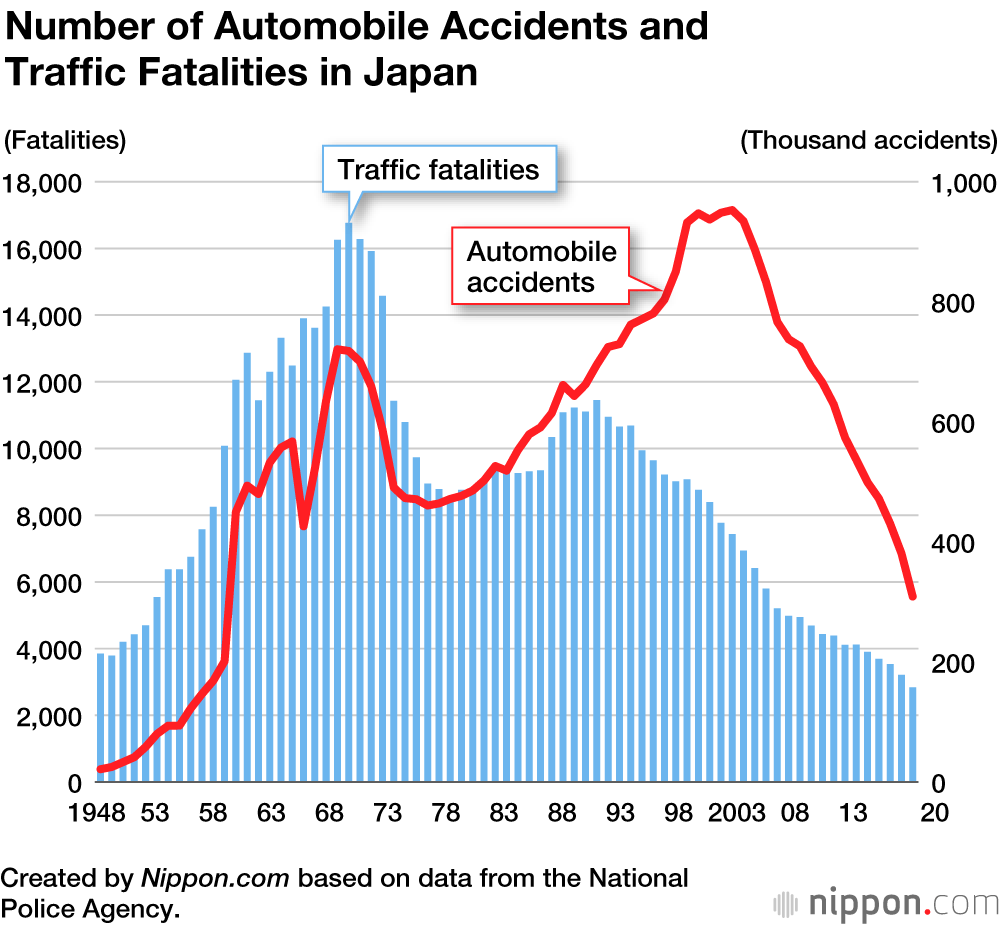 Traffic fatalities rose sharply from the 1950s to the 1960s along with the rapid increase in the number of automobiles on the road. Japan made seatbelts mandatory for front seats on highways and expressways in 1985 and on all roads in 1992. Starting in the mid-1990s there were other measures to improve driving safety such as the rapid expansion of vehicles equipped with airbags, and this led to a decrease in fatalities. More recently, vehicles are increasingly being equipped with preventative safety technologies like collision avoidance systems and lane departure prevention systems. The use of drive recorders is becoming more common, and this is also thought to have encouraged safer driving. Another factor reducing fatalities in 2020 in particular was the reduction in the number of vehicles on the road as a result of more people staying home amid the COVID-19 pandemic.

Traffic fatalities among those 65 or older decreased year on year by 186 to 1,596, but the percentage of fatalities involving persons in that age group increased to 56.2%. Further reducing fatalities will require measures to prevent traffic accidents among seniors. 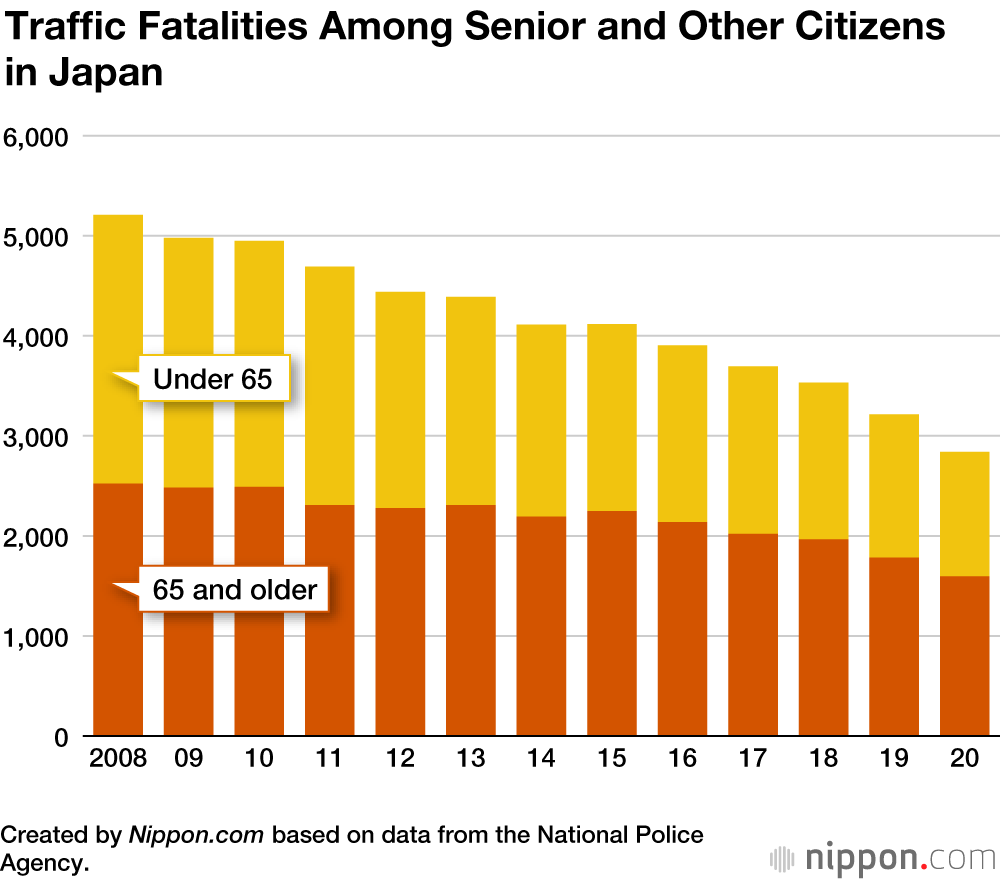