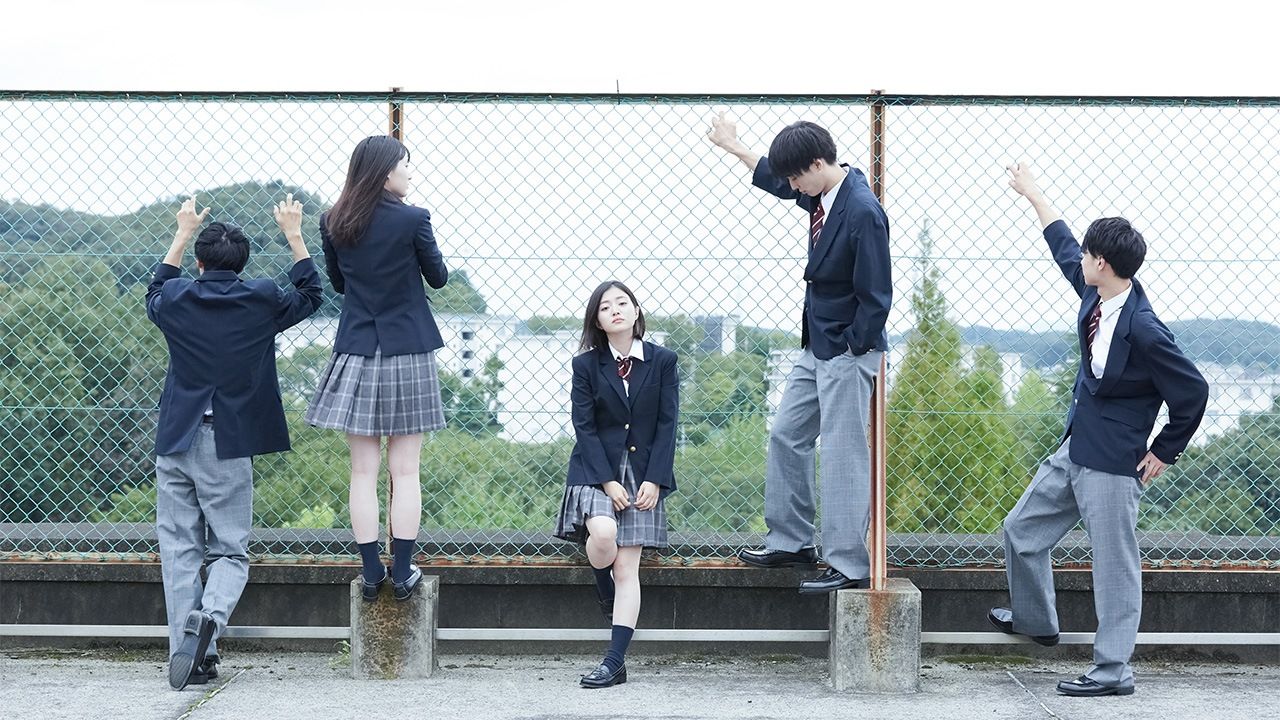 Education Family Economy Culture Feb 2, 2021
Children from low-income households are less likely to receive sufficient educational opportunities and may be unable to find a stable job in the future. Educational inequality can lead to a cycle of poverty, but how do young people perceive this issue?

The Nippon Foundation conducted a survey on educational inequality, directed at 1,000 young people aged 17 to 19 years old. The issue is feared to have been made worse by the spread of COVID-19. Respondents were split on the question on whether they felt a disparity in the equality of education, with 48.9% saying they did and 51.1% that they did not. 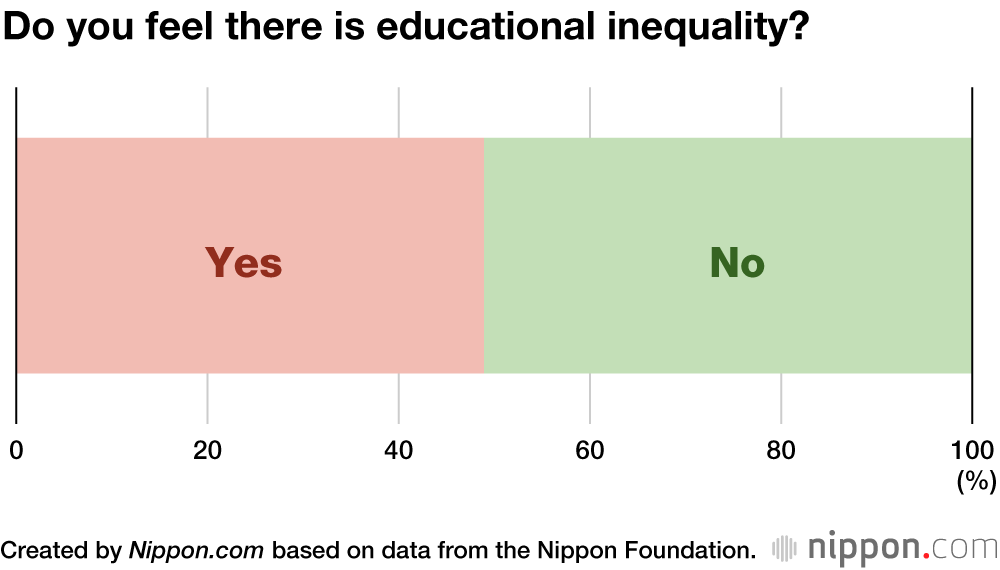 Respondents who answered that they did feel inequality were then asked in what circumstances they felt it. The family’s economic situation was a prominent answer with one respondent saying, “My family’s income has dropped during the pandemic, so without a scholarship I can’t go to university.” Others commented that those attending private preparatory schools were fortunate, while some were aware of differences in the level of education available, depending on where people lived. Regarding study at home during the COVID-19 pandemic, respondents pointed out that there was also inequality in the way schools provided online lessons.

Participants in the survey were asked to select one main reason they thought was causing disparities in education and the most given reason, with 25.3% of the total, was the family economic situation.

However, there were some considerable differences, depending on whether the respondents felt inequality or not. While 31.7% of those who felt it named the family’s economic situation as the main reason, only 19.2% of those who did not feel an education gap thought so—more than a 12-point difference. In contrast, 15.1% of people who did not feel a gap thought that personal effort was key and that educational disparities depended on individuals. 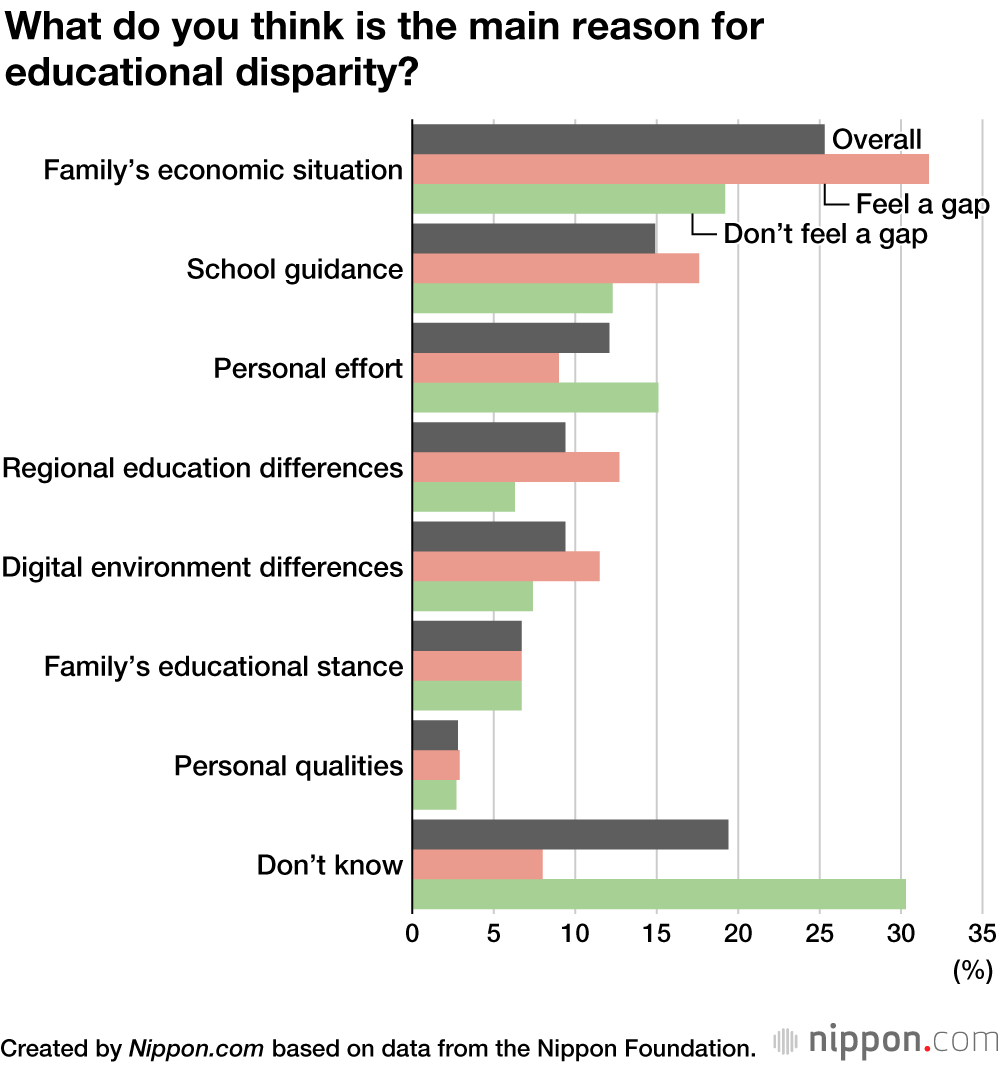 Asked if they thought the gap would widen in the future, there was a marked contrast in responses. While 51.2% believed this will be the case, only 9.3% thought it would not. Of those who could feel inequality, 67.1% expect the gap to increase, indicating their concern for the future. On the other hand, 49.5% of those who did not feel inequality replied that they did not know how the gap will be affected. 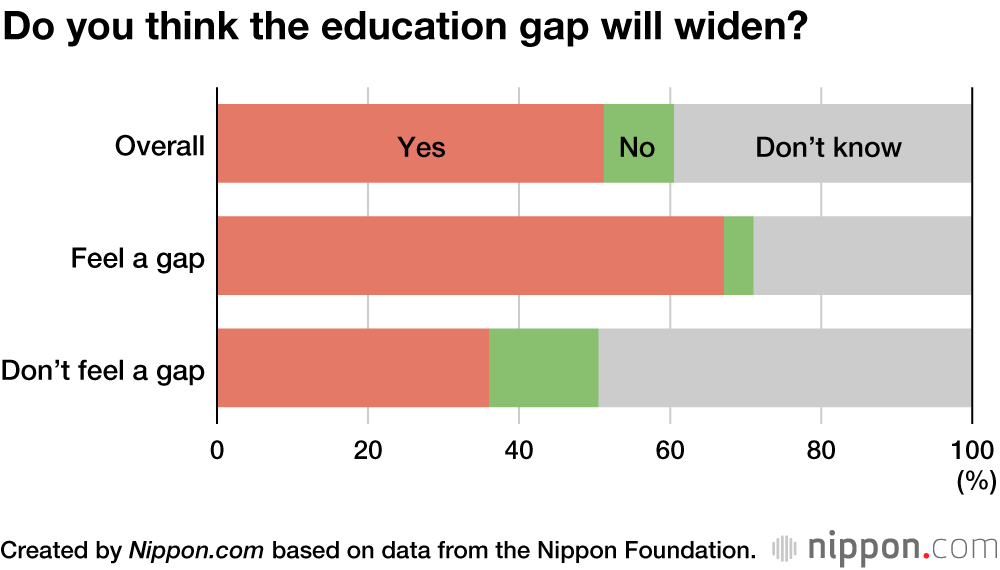 At 54.6%, more than half thought that educational disparity needs to be corrected and this rose to 71.4% for those who felt there was inequality. Overall, the results of the survey showed that, depending on each person’s perception of educational inequality, thinking varied widely on its cause, future outlook, and the need for improvement. 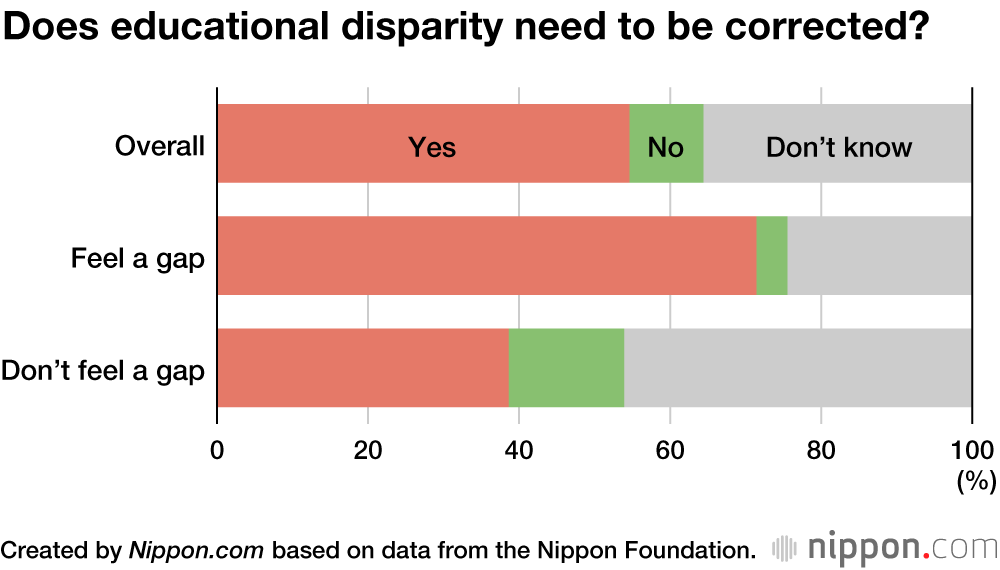