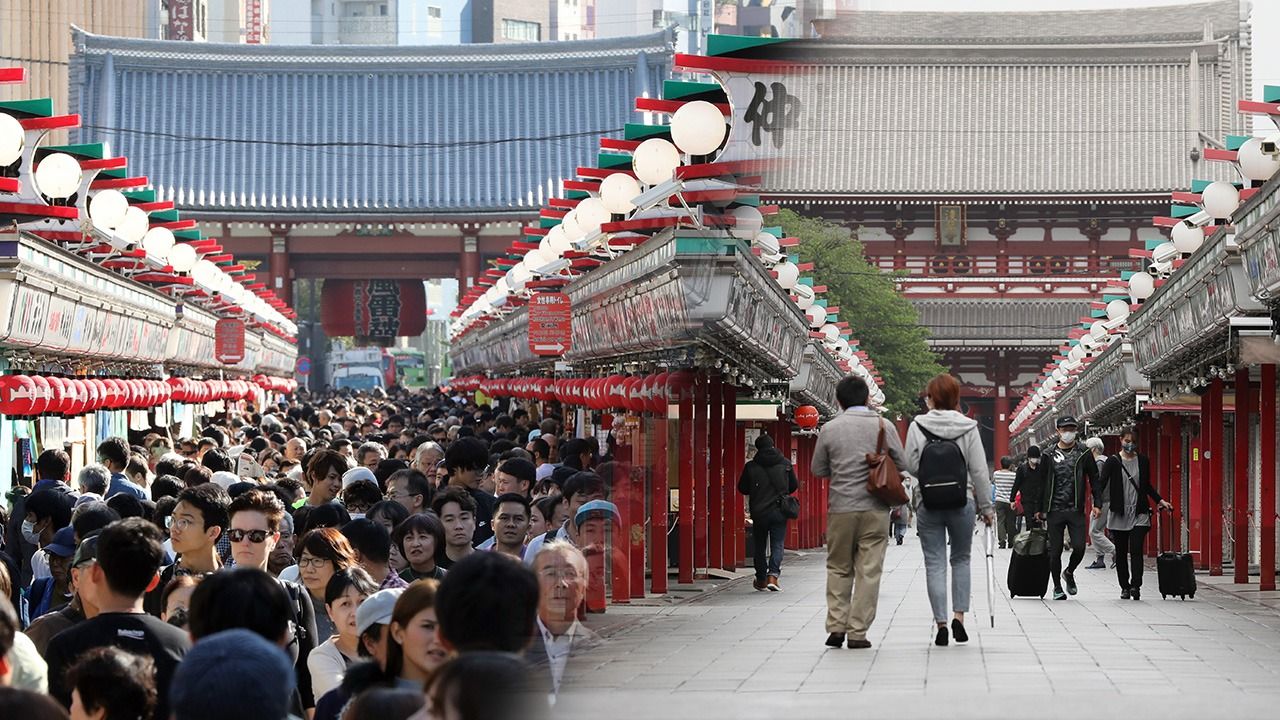 The Japan National Tourism Organization announced that the number of foreign visitors to Japan plunged year on year by 87.1% in 2020, to a total of 4,115,900. This is the lowest number since 1998, when 4.1 million international visitors  came to Japan, and far lower than the number in 2011, when numbers slumped to 6.2 million in the wake of the Great East Japan Earthquake.

The number of annual foreign visitors had risen for seven consecutive years from 2013, setting an all-time record of 31.9 million in 2019. The government had set a target of 40 million annual visitors by 2020, the year when the Tokyo Olympics and Paralympics were to have been held. But the spread of COVID-19 infections in 2020 led to the tightening of entry to Japan in February, and from April the country was essentially closed to foreign visitors. As a result, the number of foreign visitors last year was only one-tenth of the government’s target. 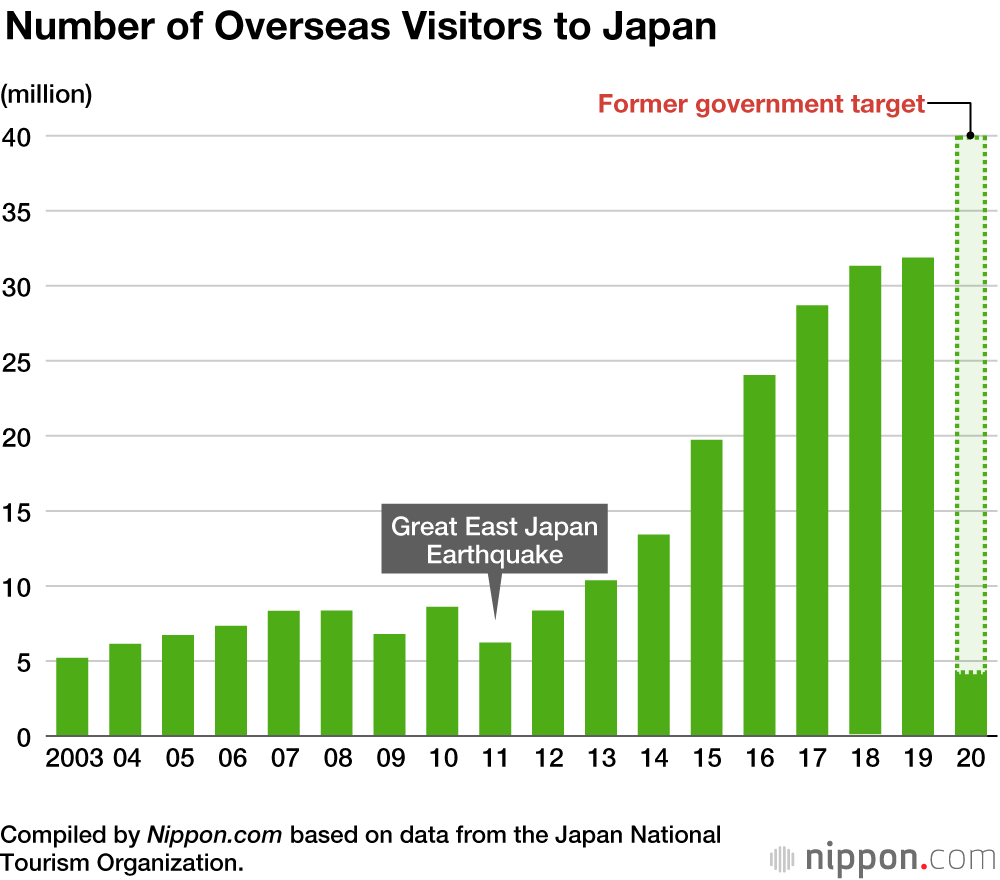 From July 2020, measures were taken to gradually reopen the country to foreign visitors, allowing restricted entry for businesspeople and students, while still refusing tourists. Near the end of 2020, however, when a new variant of the virus from Britain was identified in Japan, the government ended these exceptions and reimposed a travel ban. 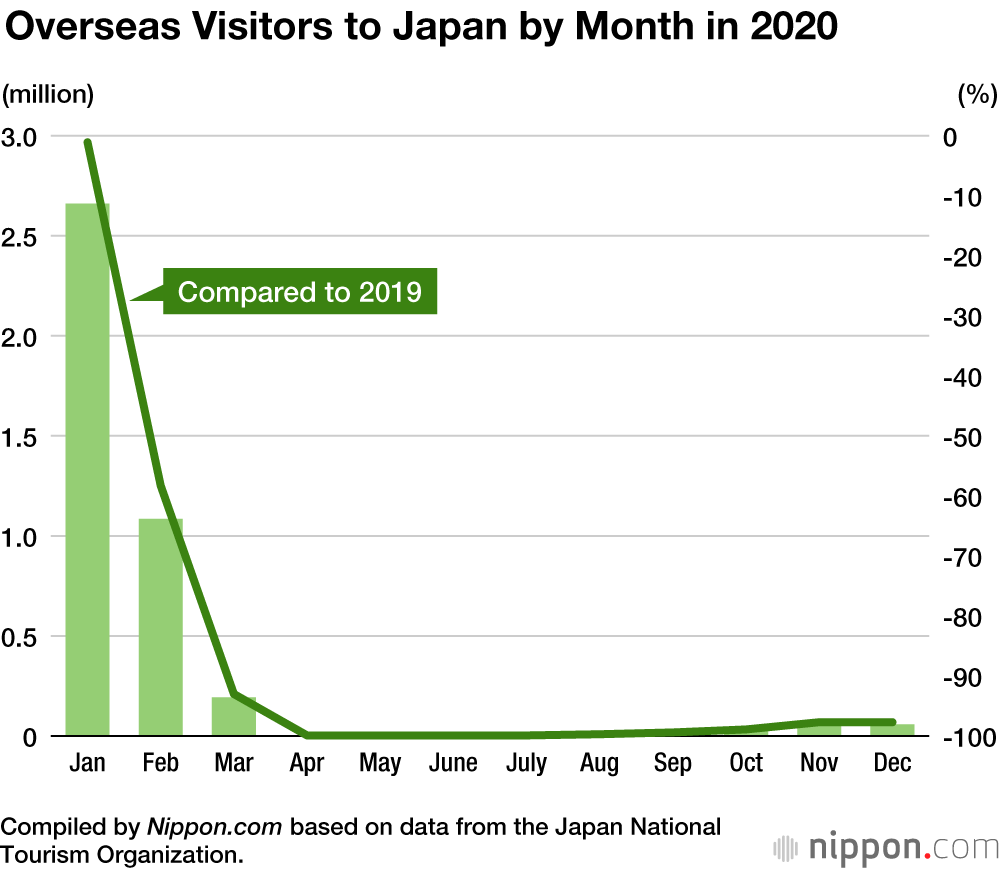 While the postponed Tokyo Olympics and Paralympics are scheduled to be held in 2021, with no end to the global pandemic in sight, there is also no prospect for a recovery in tourist demand.

(Translated from Japanese. Banner photo: Tourists crowding the Nakamise shopping street leading to Sensōji Temple in Taitō, Tokyo, in October 2018 (left), and the same street in May 2020 (right). © Jiji.)