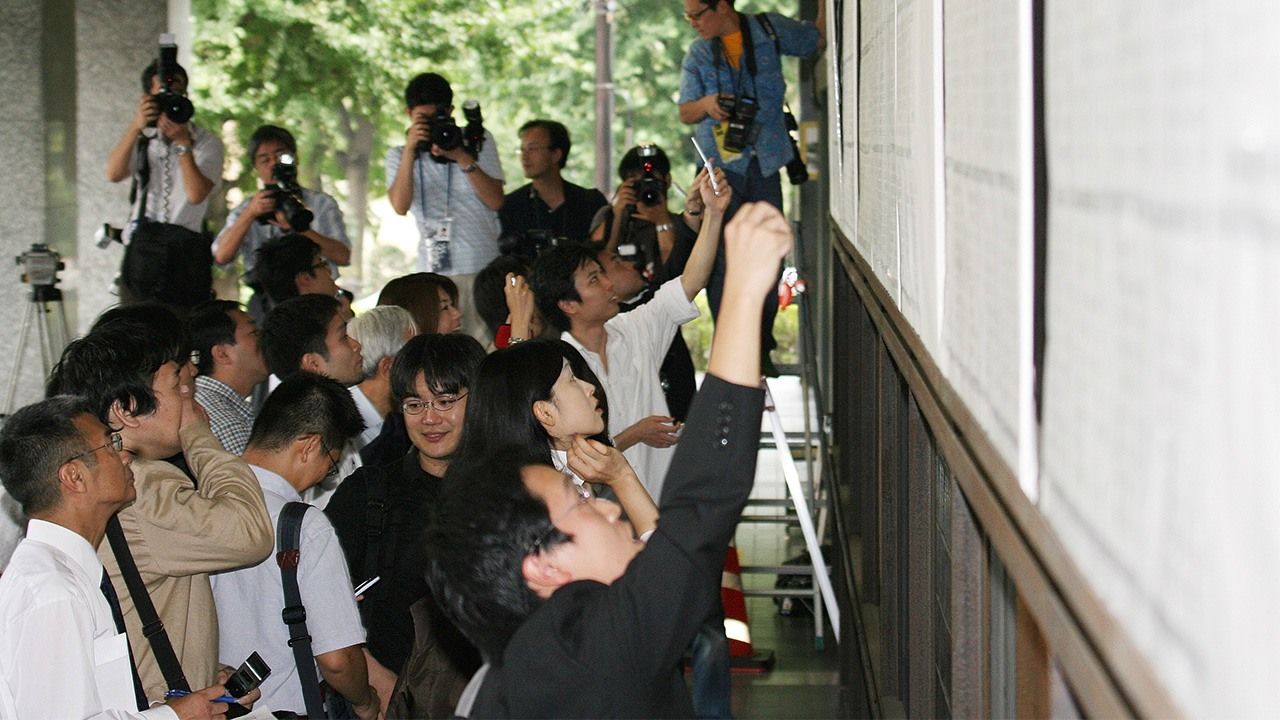 The Ministry of Justice announced that 1,450 people passed the bar examination in Japan in 2020, a decrease of 52 compared to the previous year. The number of examinees decreased by 763 year on year, to 3,703 in total, so that the pass rate was 39.2%. This was the first time for the number of those passing the exam to be under 1,500 since 2015, when the government set that number as a target.

The average age of those passing the bar exam was 28.4, which is 0.5 lower than the previous year. The oldest person to pass the test was 69, while the youngest was 20. The gender breakdown of successful examinees was 74.7% men and 25.3% women, which was roughly the same as in the previous year. There were 960 people who passed at the first attempt, 222 at the second try, 126 at the third time, 85 at the fourth attempt, and 57 at the fifth try. Due to the COVID-19 pandemic, the bar exam scheduled for April of 2020 was delayed until August.

People who want to become judges, prosecutors, or lawyers have to pass the bar exam, and the requirement for taking it is to have either graduated from a law school after attending university or passing the preliminary screening test. This latter route has become increasingly common over the past decade.

In the past, anyone was eligible to sit the bar exam and it was known as the most difficult national exam, with a passing rate of just 1% to 2%. Until around 1990, each year there were only about 500 successful examinees, which raised criticism of the test for being too difficult and relying too much on memorization. That criticism, combined with a shortage of legal personnel, led to the introduction of law schools in Japan in 2004 and a rapid increase in the number of successful examinees thereafter to around 1,500 to 2,000 per year. 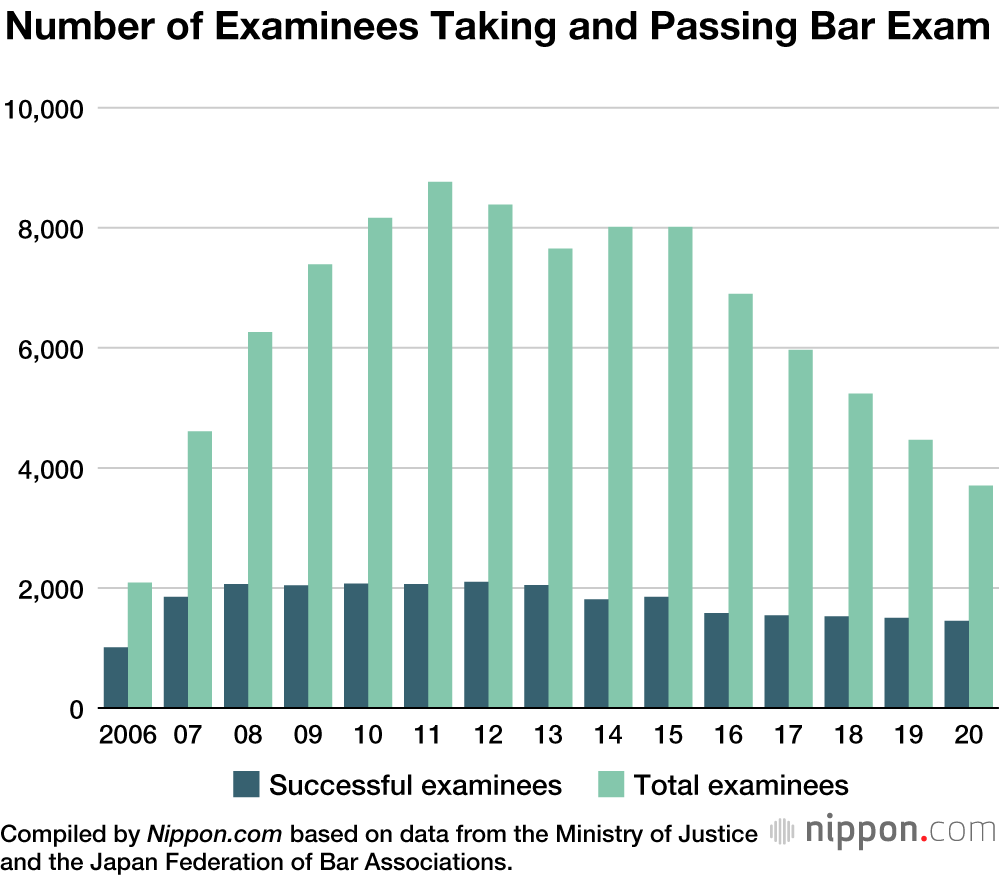 However, the expected 70% to 80% pass rate among law-school graduates for the bar exam did not materialize, and instead the rate has been hovering between 20% and 50%, making it difficult to attract applicants to law school programs. In recent years, a number of universities with a poor track record of producing graduates who pass the bar exam have halted the acceptance of new applicants to the law schools they established. In 2020, only the University of Tokyo, Keiō University, and Kyoto University produced more than 100 successful candidates. 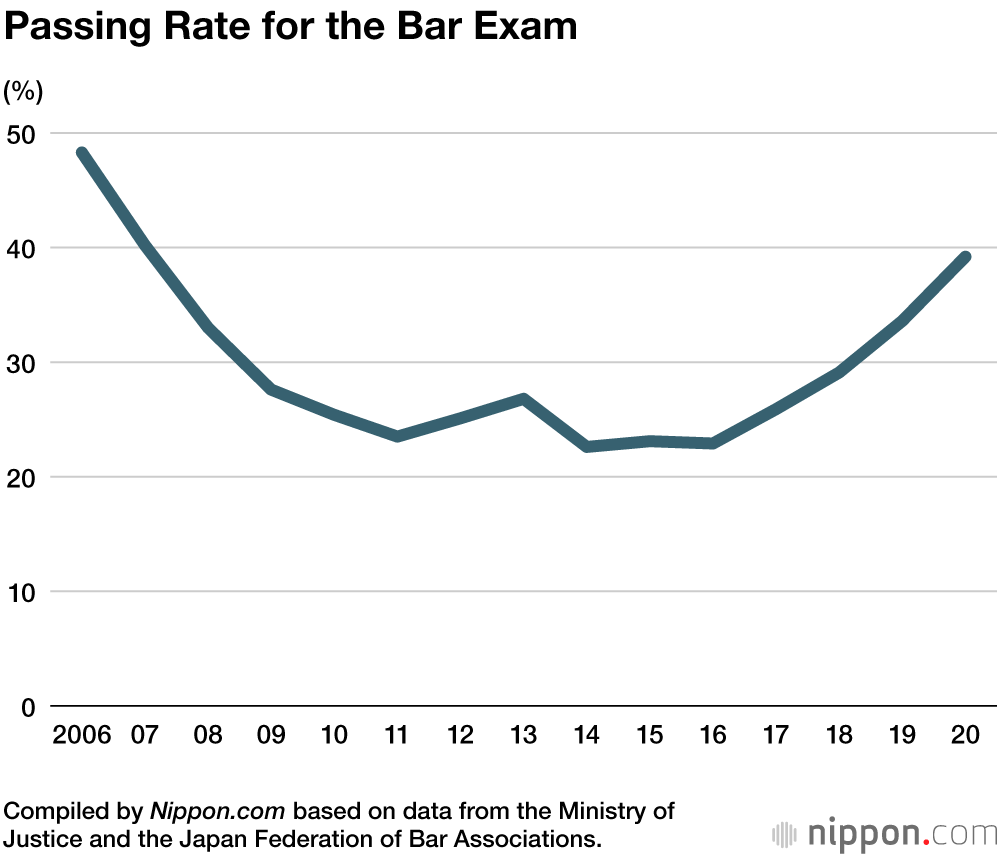 (Translated from Japanese. Banner photo: Bar examination candidates checking the exam results at a location in the Kasumigaseki district of Tokyo on September 21, 2006. © Jiji.)