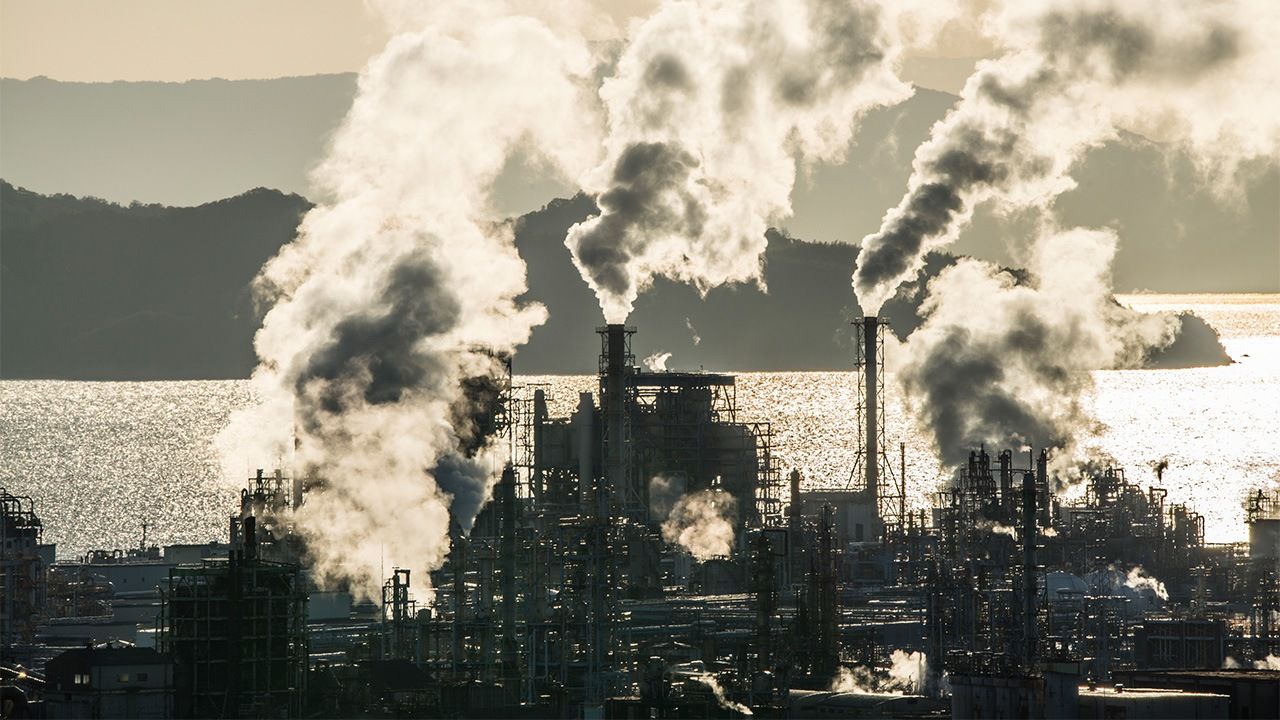 Young Japanese Support 2050 Carbon Neutrality Target, But Are Not Confident It Can Be Achieved

Environment Disaster Society Mar 19, 2021
The Japanese government has set the target for net zero carbon emissions by 2050. While many young people support this goal, only a small fraction are confident that it is possible.

The Nippon Foundation conducted a survey of 1,000 young people aged from 17 to 19 in Japan on the topic of “carbon neutrality,” or achieving net zero carbon dioxide emissions. Just under 70% of respondents viewed “emissions of greenhouse gases resulting from human activity” as the main cause of global warming. This exceeded the percentage of those who either answered with “don’t know” or pointed to “the natural cycle of the Earth” as the cause. Nearly 80% of the young people surveyed said they were aware of dangers related to global warming, such as rising sea temperatures and damage from torrential rain. These results demonstrate that awareness of the abnormal weather phenomena resulting from the increase in carbon emissions has reached students of high-school age. 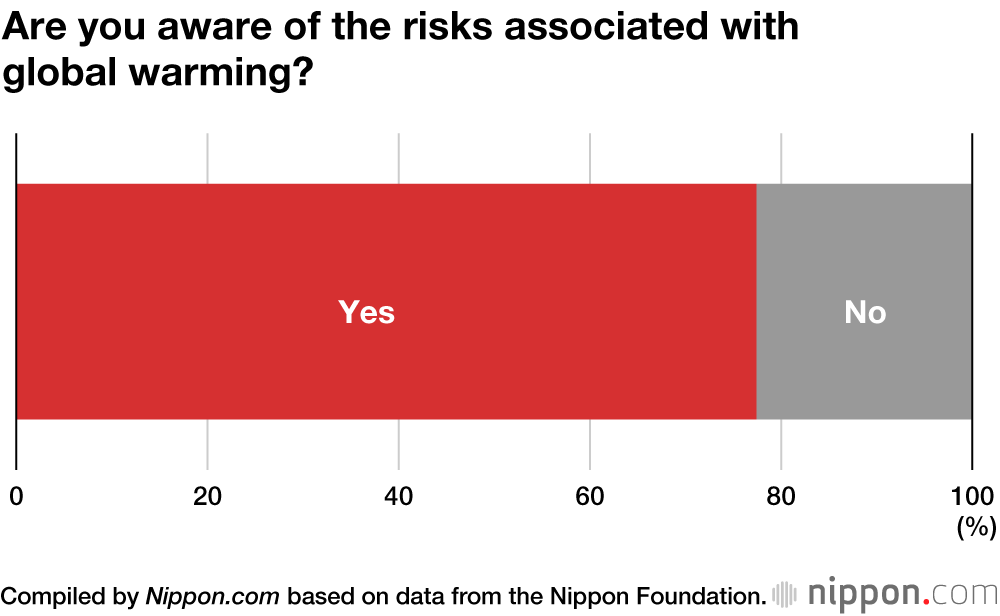 When asked what they thought of Japan ranking fifth globally for total carbon emissions, 73.0% said that “emissions should be reduced,” which was far more than the 15.7% who said that “society needs mean emissions are unavoidable” and the 11.3% who did not know what could be done.

The most common answer on the measures that should be taken, chosen by 66.0% of respondents, was to “facilitate the development of renewable energy.” This was followed by 36.4% who chose “facilitate the development of electronic vehicles and storage batteries.” Other popular measures among the survey respondents were “promote energy conservation measures,” “promote carbon recycling,” and “reduce the use of thermal power generation.” 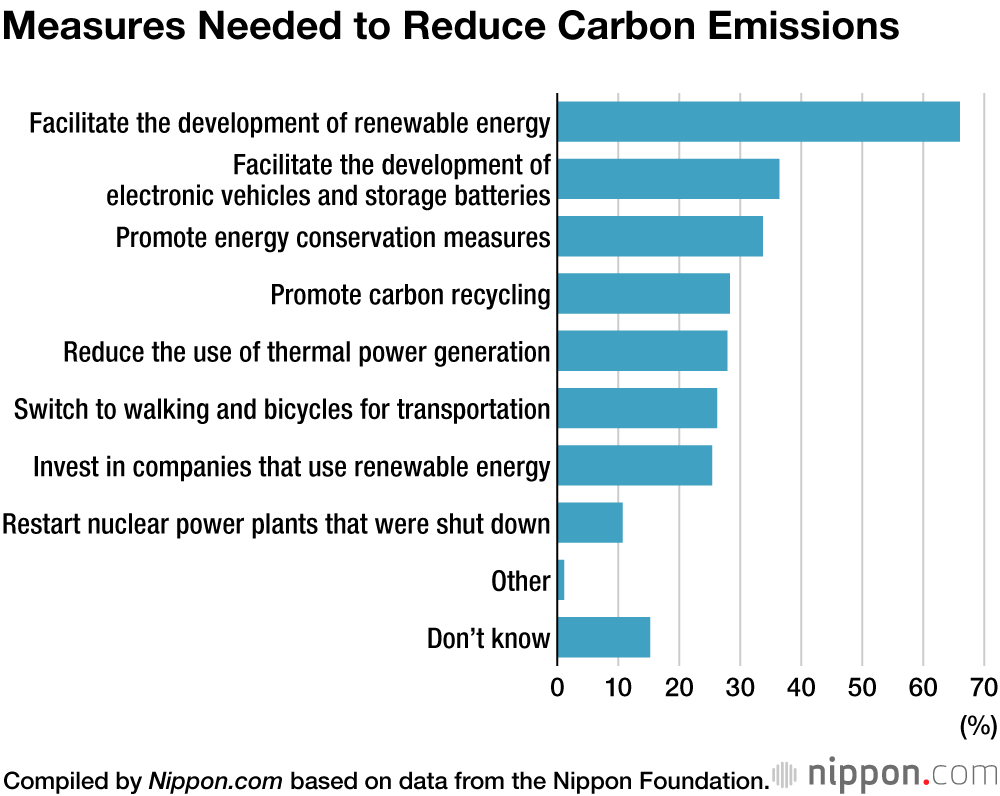 In his first policy speech made in October 2020, Prime Minister Suga Yoshihide declared the goal for Japan to be carbon neutral by 2050. When asked for their view on this policy, 60.4% of the survey respondents said they viewed it positively, far greater than the 10.3% who did not. However, when asked if achieving the carbon neutrality goal was possible, only 14.4% said that they thought it was indeed possible, as compared to the roughly 50% who said they did not know and the 35.4% who thought it was impossible. It thus seems that young people are in favor of setting the goal of zero carbon emissions but can see the difficulty of achieving it. 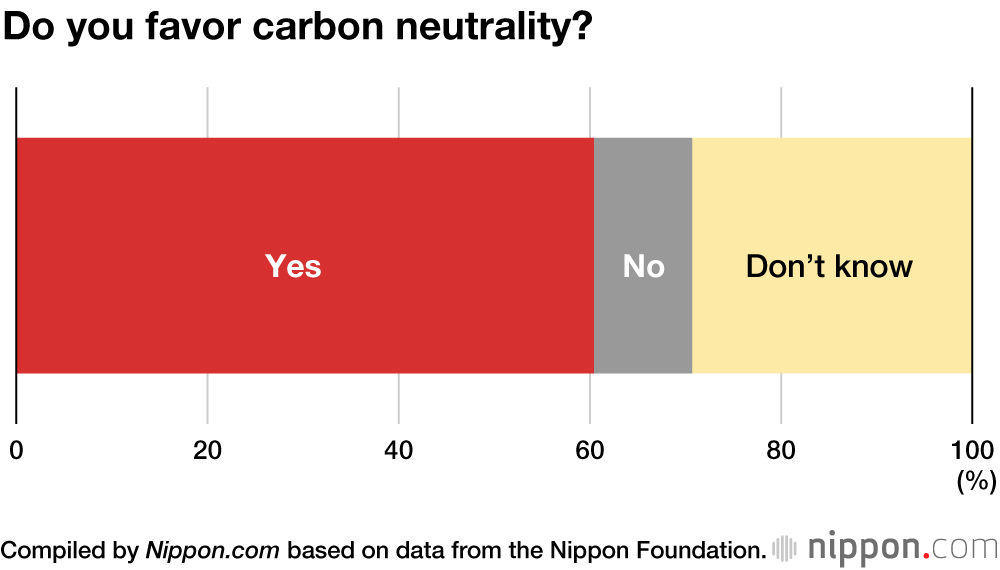 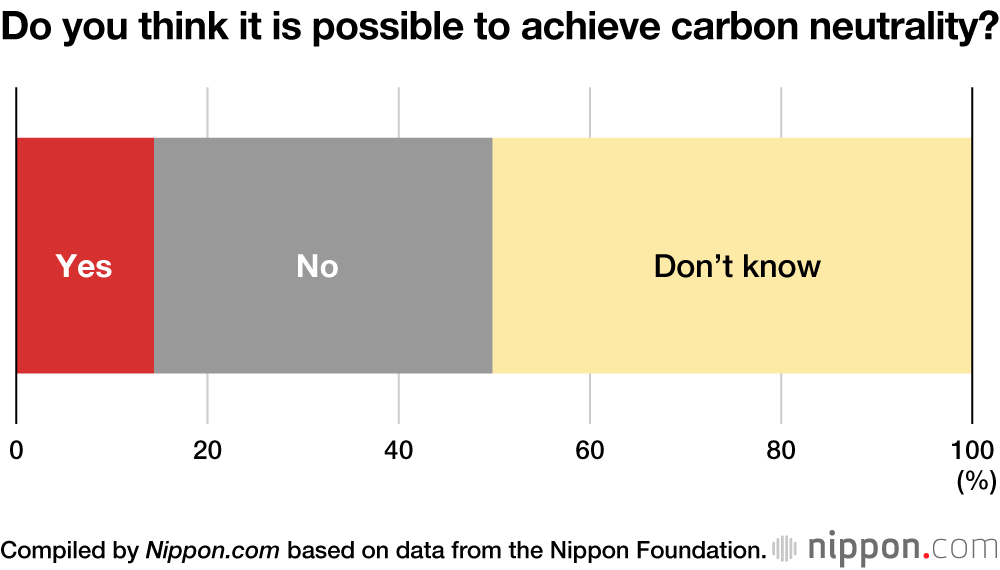