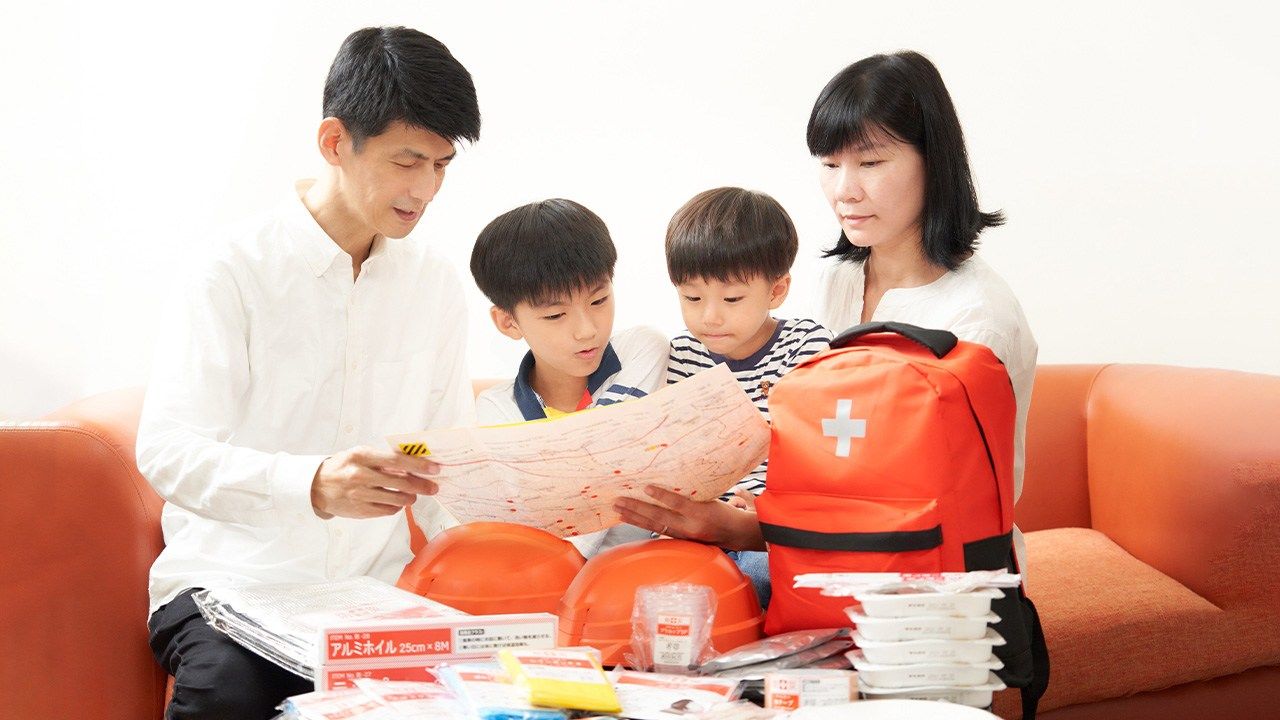 Disaster Society Family Mar 16, 2021
A survey on disaster preparation found that many Japanese households with children had prepared no emergency food.

“Natural disaster strikes when you have forgotten about it”. These are the words of Terada Torahiko, an early twentieth century Japanese physicist. Typhoons, floods, earthquakes, heavy snowfalls―it may seem recently that natural disasters are occurring too often in Japan to be able to forget about them, but some households could do more to get ready.

A decade after the Great East Japan Earthquake, Midori Anzen, which makes and sells health and safety protection equipment, ran a nationwide survey for 800 mothers aged 20 to 49, asking them what preparations they have made at home in case of disaster.

Only 12.9% said they had stocked enough emergency food to last more than three days for the whole family. In contrast, the total responses saying they either “had in the past, but not now” or ”have never prepared” meant 46.3% had no emergency food prepared. The percentage of those who had done no preparation at all rose by 6.4 points compared to last year’s survey. 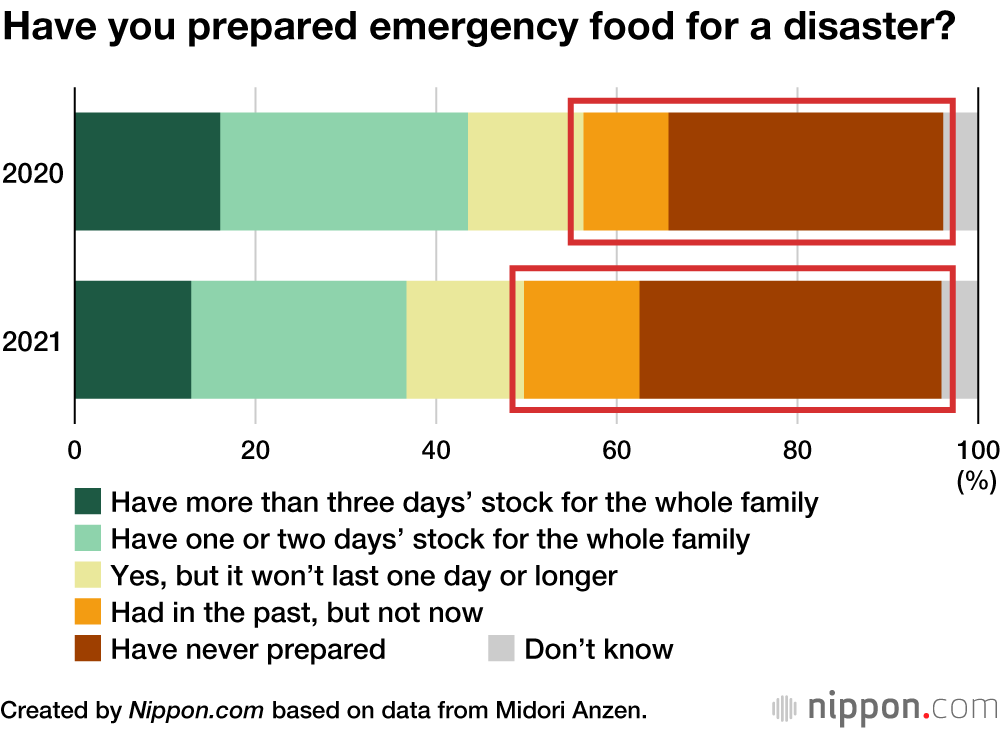 As 35.9% said they knew clearly where their local evacuation shelter was, 44.5% also answered that they had a reasonable idea.

The Ministry of Land, Infrastructure, Transport, and Tourism and local authorities publish hazard maps, which identify the risk of natural disasters in each area. When survey participants were asked if they had seen the map for their area, 37.9% said they had and were aware of the risks. This left more than 60%, however, who had never looked at the maps or had no awareness of them. It is clear that they are not being fully utilized to ensure evacuation measures are in place before disaster strikes. 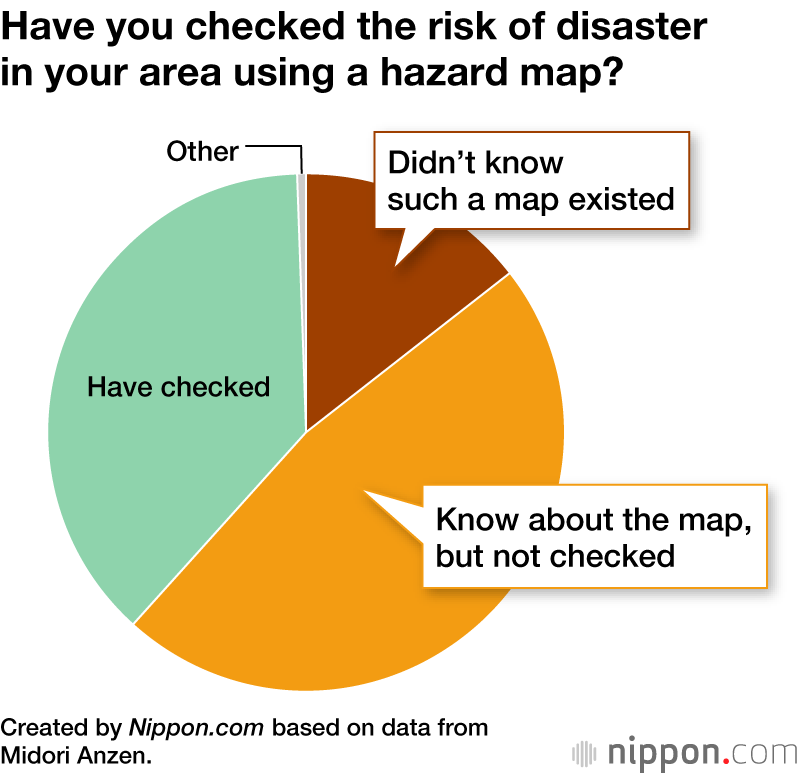 The 494 people who answered that they had prepared emergency supplies were further asked if they had included anything for preventing the spread of COVID-19 and other infectious diseases. The most common items that people had prepared were masks (73.7%), followed by disinfecting wipes (60.9%), and alcohol disinfectant (58.3%). 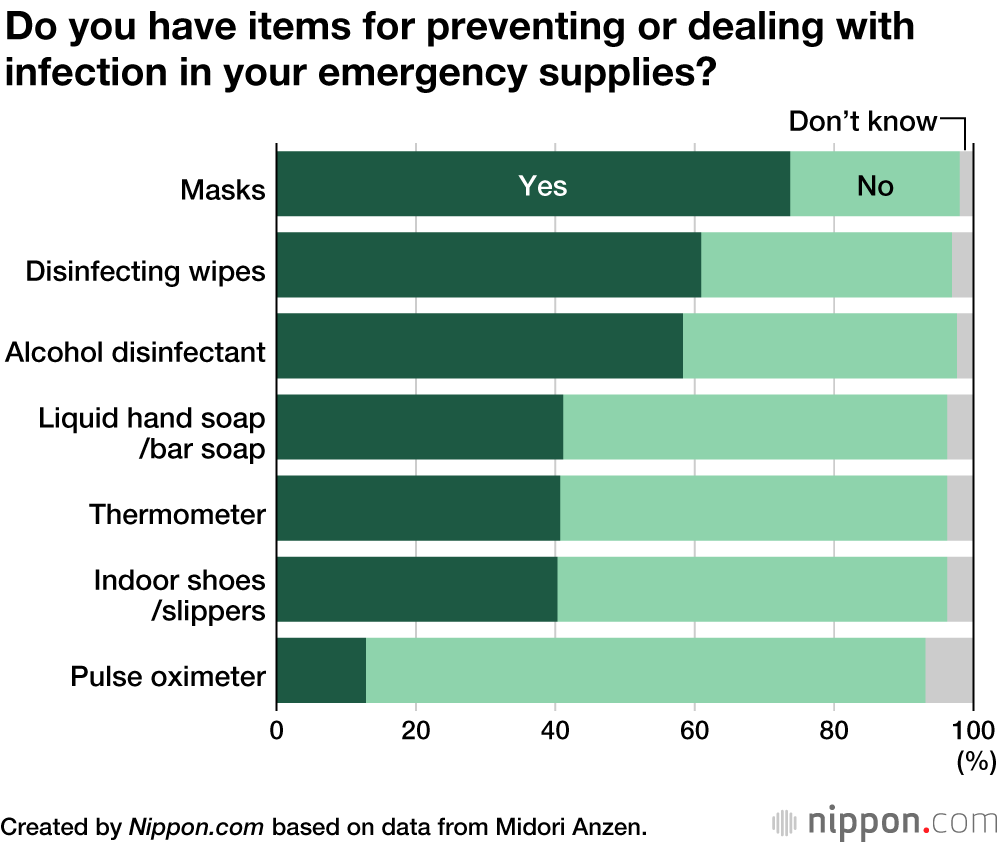