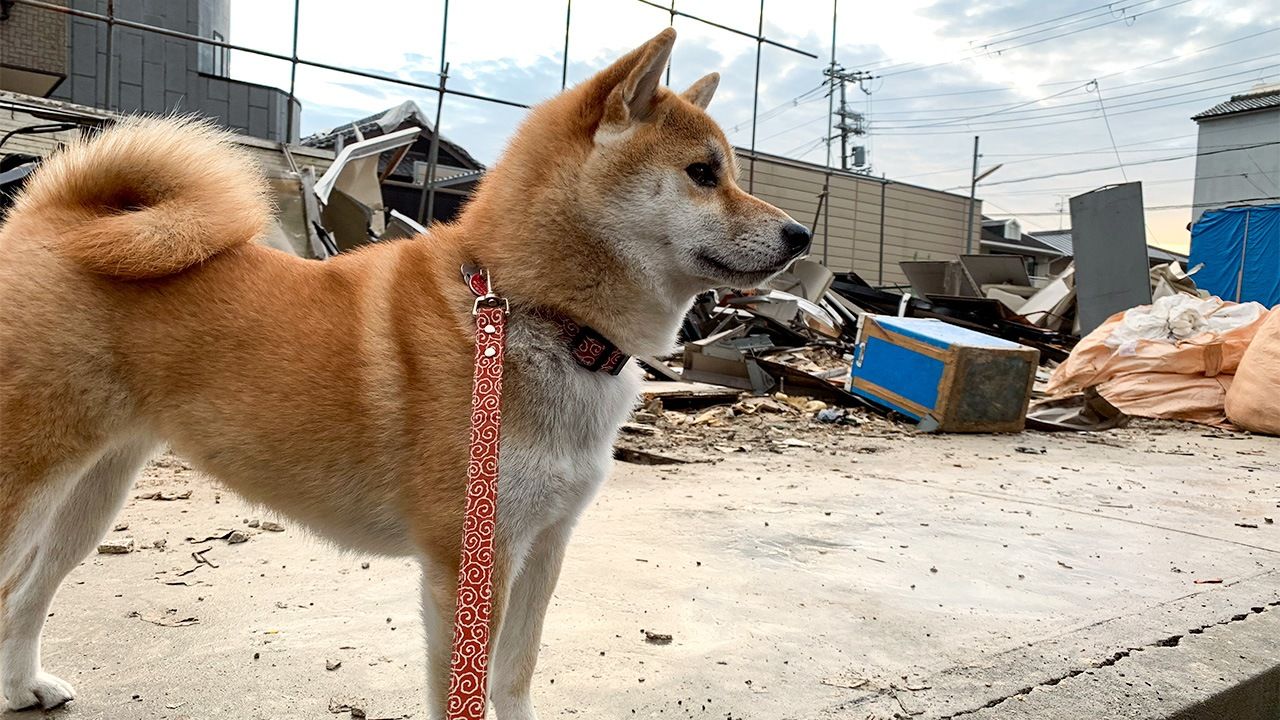 Disaster Lifestyle Society Mar 23, 2021
Disaster preparedness is a regular topic in Japan, and a recent survey asked owners if they had made any preparations for their pets.

Japanese company Ipet Insurance conducted a survey of 1,041 cat and dog owners to gauge their disaster awareness. Despite extreme weather becoming more common, only around 20% of owners said they had made preparations for their pet in case of disaster. 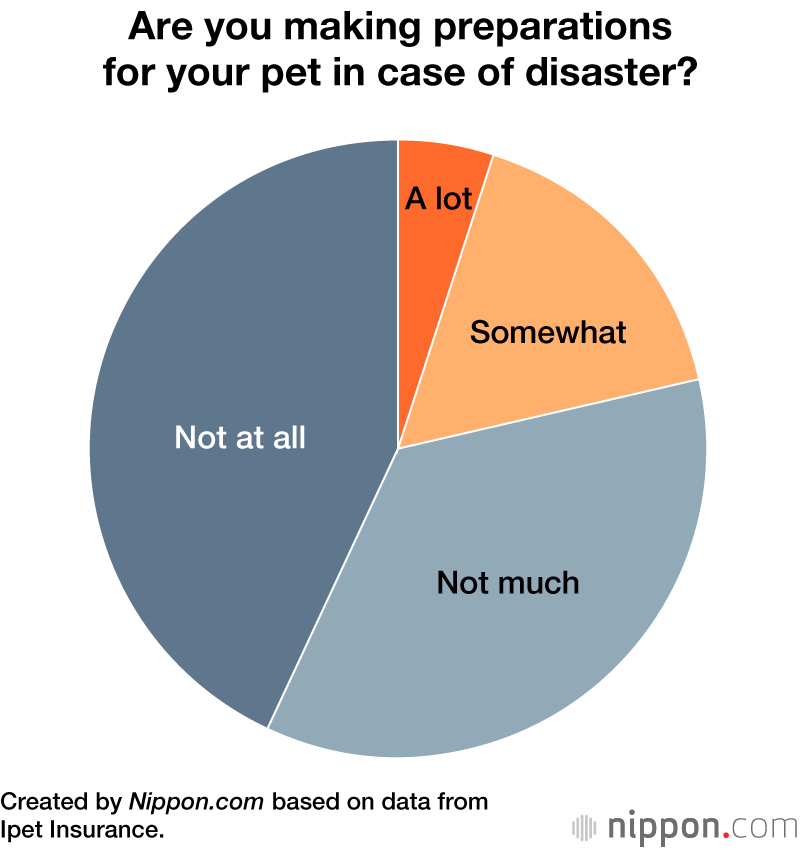 When asked for details of their preparations, the most common answer for 59% of dog owners was teaching them basic discipline, including commands like sit and wait. Around 50% of cat and dog owners said that they were getting their pets used to being in a carrier and had prepared emergency supplies for them. 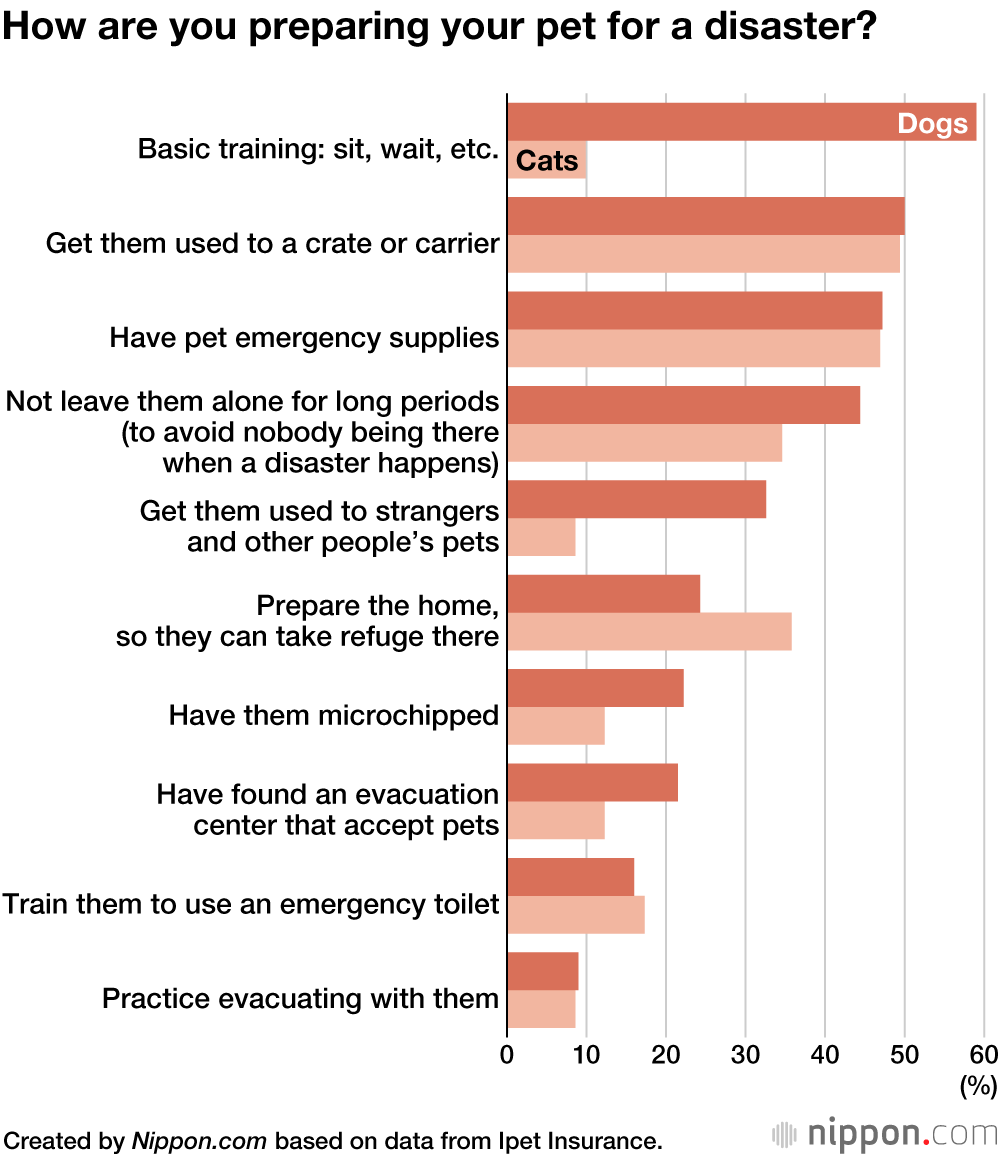 Only just over 20% knew whether they would be able to take their pet with them to the nearest evacuation center, leaving many who did not. Those who knew were then asked what the acceptance system was, to which 30% said pets were allowed to come into the center with them, while 50% said that pets were not allowed inside. Nearly another 20% did not know whether this was possible or not. 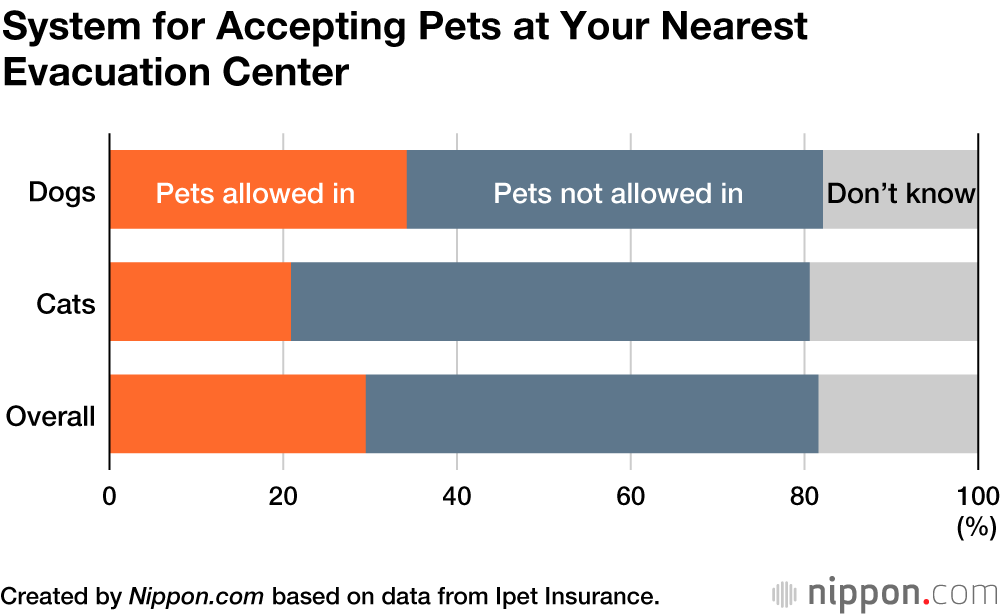 When envisioning being in an evacuation center with their pets, around 60% of owners were worried that there would be trouble with strangers and other pets, as well as about how their pet would cope with going to the toilet in an unfamiliar place. These concerns were the same for both cat and dog owners. 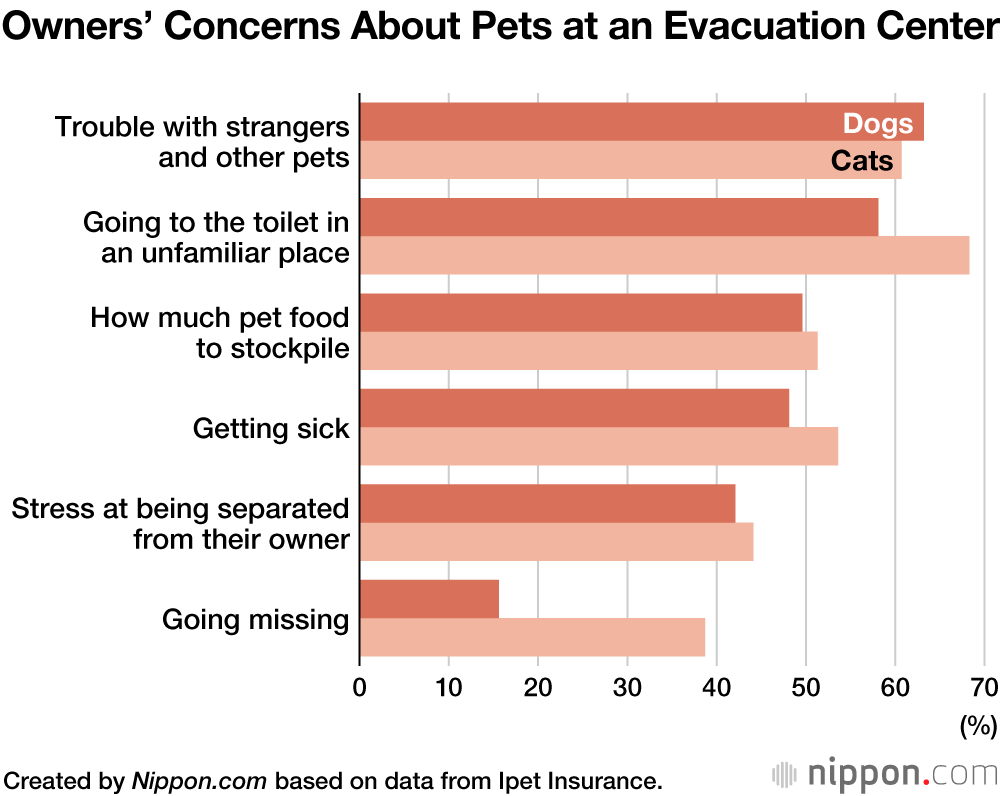 From June 2022, it will be compulsory for pet shops and breeders to microchip dogs and cats as a measure to prevent pets going missing. Regarding their own pet, 32.6% of dog owners and 16.8% of cat owners said their pets had already been microchipped, showing a 5-point rise for both compared to the previous year. 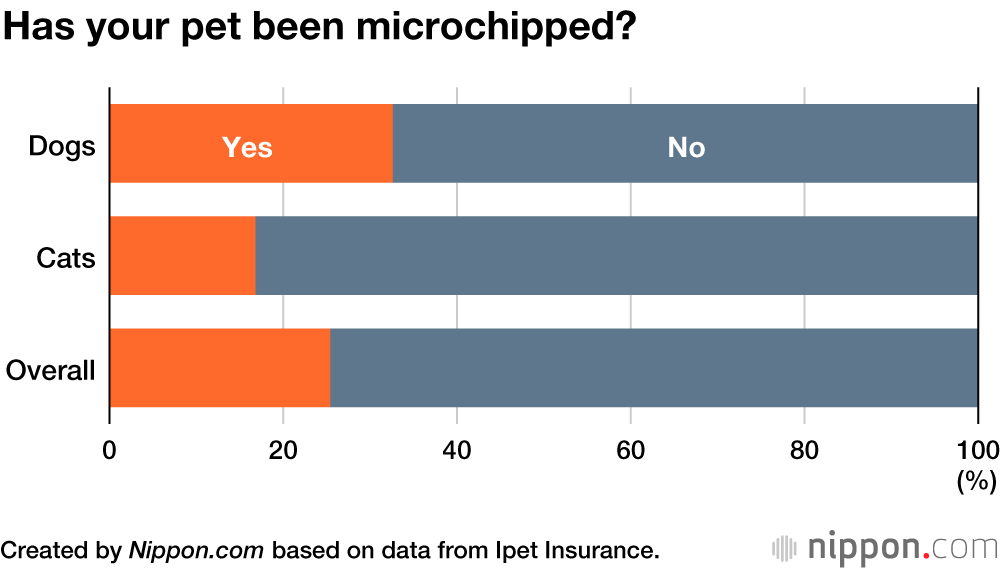 In many cases, pets had already been microchipped when people purchased them, rather than owners doing it out of a sense of duty or to prevent their pet going missing. Overall from these results, Ipet Insurance suggested that while the COVID-19 pandemic has led to more people becoming pet owners, stores and breeders are already moving ahead with microchipping pets before it becomes mandatory.