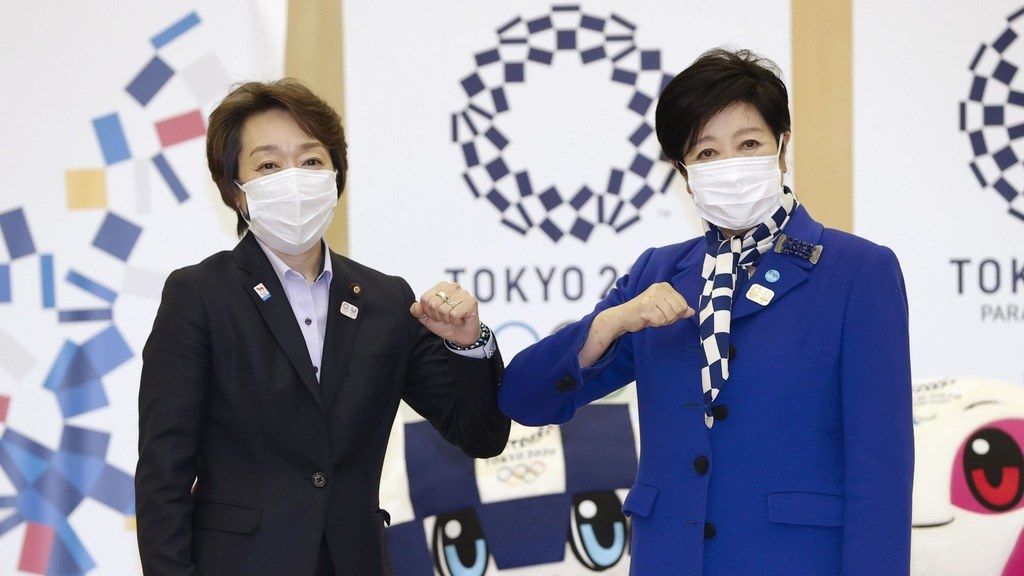 Tokyo 2020 Sports Society Health Mar 29, 2021
A six-country survey revealed that, at 56%, Japan had the highest rate of people opposed to the Tokyo Olympics being held. More than half of respondents in Britain and Germany were also against the holding of the event.

In mid to late February 2021, Kekst CNC, which advises governments and companies on PR strategies, asked 1,000 people aged 18 and over in six countries—Japan, the United States, Britain, Germany, Sweden, and France—to evaluate policies related to the COVID-19 pandemic.

In most countries, more opposed than supported holding the Tokyo Olympics this year, including Japan with 56% against, Britain with 55%, Germany with 52%, Sweden with 46%, and France with 37%. The United States was divided with those for and against tied at 33% each. 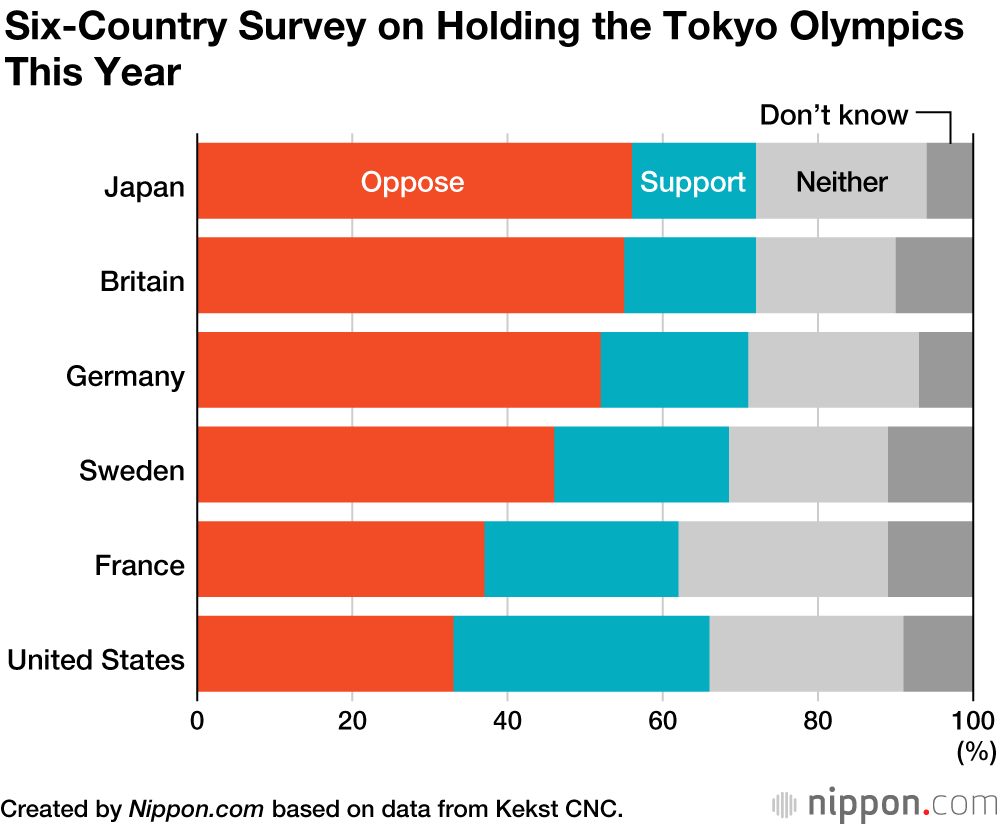 The progress of vaccination programs is a key point for holding the games. The rate of people who said they would get vaccinated when supply is in place was 64% for both Japan and the United States, jointly ranking fourth. The highest positive response came in Britain with 89%, followed by Sweden with 76%, and Germany with 73%.

A lot of the opposition to holding the games in Japan seems to be due to concerns about the movement of spectators and officials leading to an increased spread in infection. While ordinary spectators from overseas will not be able to attend, domestic travel could still spread the virus. Kekst CNC predicts that if no visible progress is seen in the vaccination programs, it will be difficult to allay concerns.